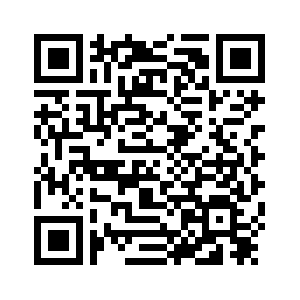 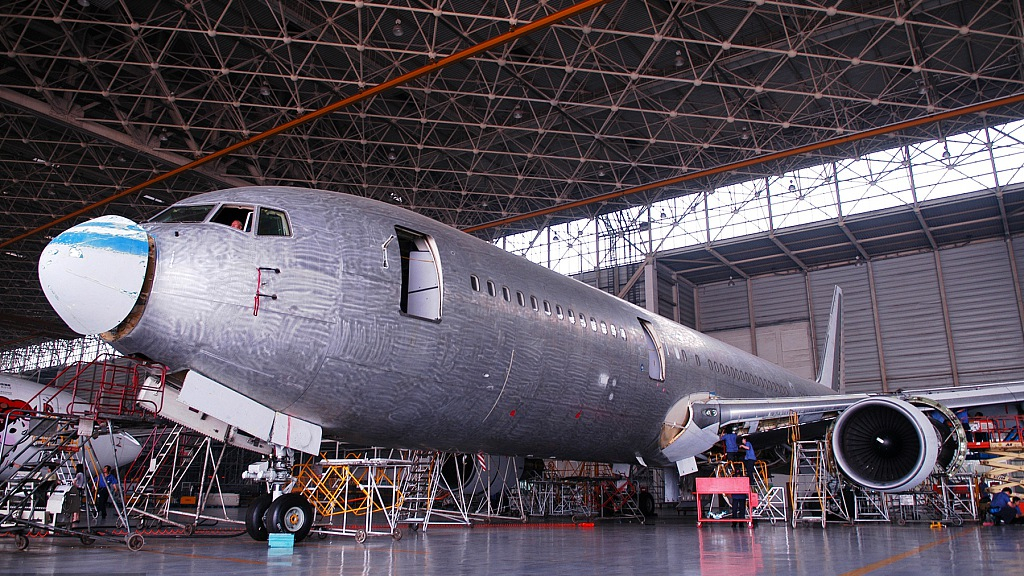 Editor's note: Li Zheng is an associate research fellow at the China Institutes of Contemporary International Relations, Institute of American Studies and the director of the American Security Center, Institute of American Studies. The article reflects the author's opinion, and not necessarily the views of CGTN.
On March 10, a Boeing 737 Max 8 of Ethiopian Airlines crashed shortly after take-off. The aircraft carried 149 passengers and 8 crew members, including 8 Chinese citizens. In less than five months, two deadly air crashes occurred involving the 737 Max model. After the accident, China announced that it would stop the Boeing 737 Max from continuing operations. As of March 13, at least 50 countries and regions have completely grounded the 737 Max.
As the host country of Boeing's headquarters, the U.S. finally decided to stop flying the Boeing 737 Max. In the past week, the U.S. attitude to this issue has taken a U-turn. A few days ago, the U.S. Federal Aviation Administration said in a statement that it did not detect any system performance problems with this type of aircraft. 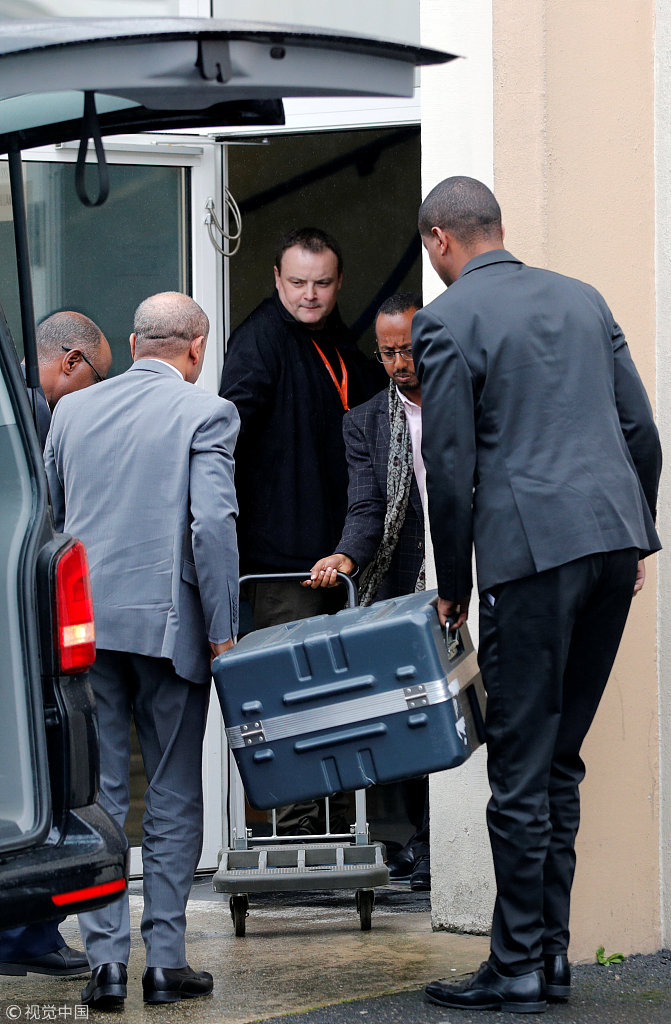 United States Secretary of Transportation Elaine Chao chose the Boeing 737 Max passenger jet to show that the aircraft is safe and reliable. Similar propaganda has also appeared during the Fukushima nuclear accident and the British mad cow disease, and can not effectively dispel external doubts. But on March 13, U.S. President Donald Trump said he would sign an "emergency order" requiring all Boeing 737 Max 8 and Max 9 models to stop flying.
Due to Boeing's monopoly on some markets of the global aviation industry, global dissatisfaction and complaints about the company have accumulated. The current crisis was only a concentrated outbreak. The technical flaws of the Boeing 737 Max model have long existed, but the company and the U.S. aviation safety department failed to pay sufficient attention. Since November 2015, at least 14 aerial decompressions have occurred in the 737-800.
Some analysts believe that the Boeing 737 Max is likely to have high-risk design flaws. Boeing has the potential to redesign the model based on weight and load in order to save costs and try to compensate with the software system. However, the software system is not stable and it is likely to have the opposite effect in the case of a few components failing. Weather and environmental factors are difficult to explain the two recent fatal crashes of the Boeing 737 Max 8. Naturally, people will believe that technical defects are the main reason.
This concern led to China's ban on the Boeing 737 Max. In order to protect the safety of the Chinese people and their trust in aviation, China adopts a zero-tolerance attitude towards aviation risks. Until the reasons for these two air crashes are fully explored, it is impossible for China to continue to let the aircraft operate under great risks. Even if China would allow the aircraft to continue to fly, Chinese consumers would avoid the Boeing 737 Max for safety reasons, which would bring even greater losses to Chinese airlines. 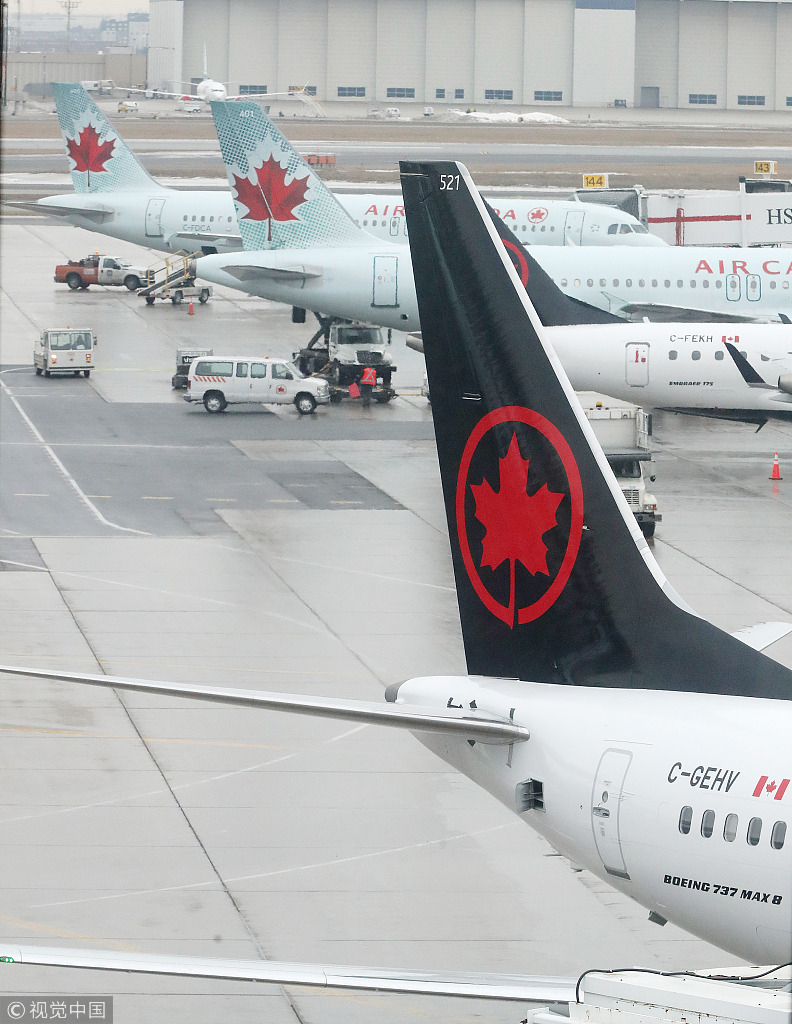 Like China, more than 50 other countries and regions that prohibit the flight of this aircraft are also putting passenger safety first. These countries hope that the U.S. government will ask Boeing to conduct an in-depth investigation to find out the real cause of the crash. However, the U.S. had different views.
An anonymous U.S. official told the media that the United States suspected China's motives for grounding the Boeing 737 Max were not security related but came from some kind of retaliation against the U.S. This assumption is unfounded and very unprofessional. In the 2009 Air France 447 crash, it was found that the Airbus A330 passenger aircraft had design flaws in the speed sensing system, which were the main cause of the crash. After the event, Airbus made the necessary repairs.
After two similar cases of Boeing 737 Max crashes, China has sufficient evidence to believe that the Boeing 737-Max has security flaws. In the beginning, the U.S. deliberately avoided this serious air safety issue, which only encouraged the outside world to question the professional capabilities of the U.S. aviation administration and harmed the international credibility of the U.S.
Today, the U.S. has finally realized that it is impossible to ignore passengers in order to protect their companies. However, damage to the U.S. reputation has been caused by this matter. Boeing is a symbol of American manufacturing, and its large business jet is the world's highest value-added product. The Ethiopian Airlines accident shows that the crown diamond of the U.S. airline industry is flawed, which invokes deep concerns about American manufacturing.
So far, Boeing still insists that this type of passenger aircraft does not have any security risks or design flaws, and has not conducted a comprehensive review of the two air crashes. It is hoped that the U.S. government will conduct a comprehensive, systematic and transparent investigation of Boeing, rebuild the confidence in American manufacturing, and let passengers around the world rest assured to take a Boeing passenger aircraft.
(If you want to contribute and have specific expertise, please contact us at opinions@cgtn.com.)