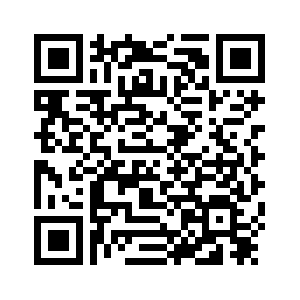 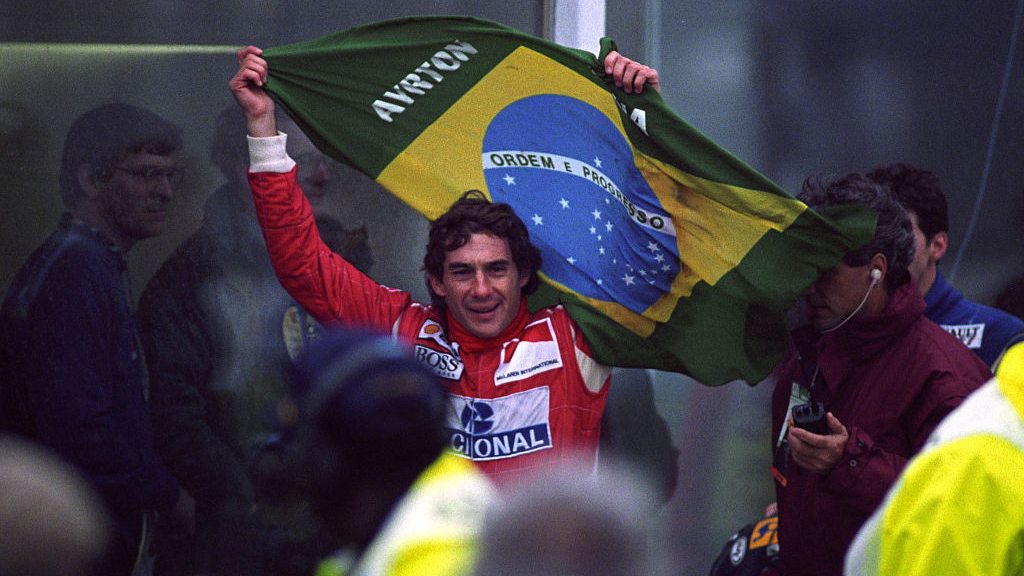 He was an unflappable genius and a daredevil icon; he was charismatic but remained controversial. Ayrton Senna Da Silva was a one-man cult, who was known for his maverick maneuvering skills, grit, and gumption for glory and a relentless burning desire to win at any cost.
No Brazilian since legendary Pele dominated the mind of sports fans like the way Senna stimulated the minds and souls of his millions of fans across the globe. Barring the soulful Samba and the joga bonito of the Brazilian soccer, nothing could have pushed a spectator to the edge of the seat the way Senna's breathtaking driving at a breakneck speed did.
It's been 25 years since the fateful May Day morning at Imola that changed the course of Formula One. An audacious turn at the deadly Tamburello corner of the 1994 San Marino Grand Prix resulted in the most catastrophic moment in the history of motorsports. Triple world champion Senna's death on the track on May 1, 1994, while driving for his new team Williams shook the world of sports like never before.
The legend of Ayrton Senna 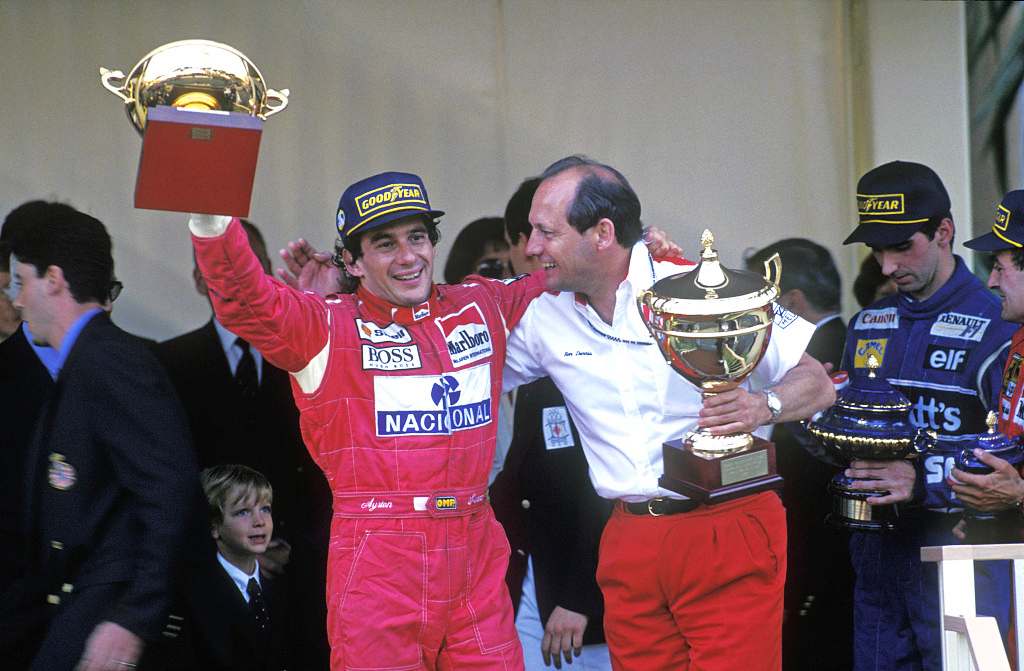 The past two and half decades have seen many world champions and Senna's fatal crash paved the way for Michael Schumacher's legendary status but the void is still felt.
In his latest interview to news agency AFP, Senna's contemporary great and arch-rival Alain Prost said, “There is not a day when we do not talk about this ... On social media, practically every day there is something. It's phenomenal. We made a big impression on people's spirits, although we did not necessarily realize it at the time."
“Our rivalry was incredible but it was also related to the whole context and, unfortunately, Ayrton's death left it frozen,” the former French world champion mentioned, adding, “not only my career but also my life is related to him.”
The beloved boy of Brazil 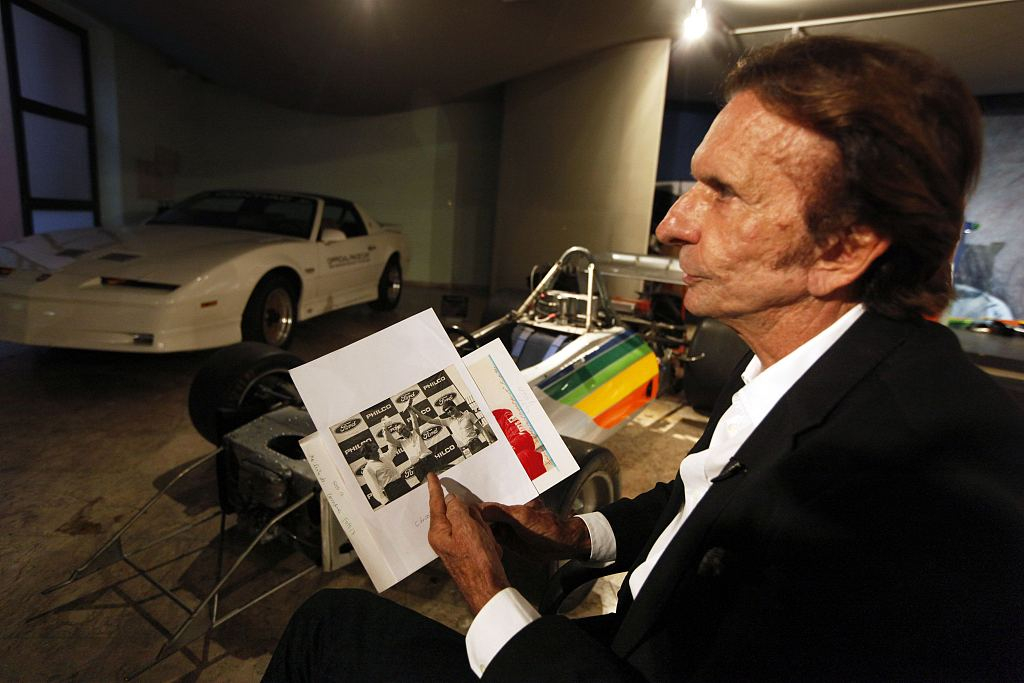 In an interview, Brazilian motorsports journalist Alexander Grunwald stated, “In the 1980s we were living with hyperinflation, the end of the military dictatorship – it didn't make sense to be proud of Brazil. But Senna was carrying the Brazilian flag around the world like a symbol that made so many Brazilians proud.”
Even though the Imola tragedy had a brought an end to the legendary career of Senna at the age of 34, his glorious achievements and magnificent memories on the track still persist in the minds, hearts, and souls of his fans in his home country as well as other parts of the world.
Senna, who was crowned the F1 world champion in 1988, 1990 and 1991 while driving for McLaren, has still remained one of the most bankable faces in advertising and social campaigns in Brazil.
Interestingly, a survey in 2014 showed 47 percent of people in Senna's birthplace of Sao Paulo ranked him as the biggest sporting name in the country. Brazil's three-time World Cup-winner Pele was a distant second. Incidentally, even before Senna, the Brazilians saw two of their sons of the soil, Emerson Fittipaldi (1972 and 1974) and Nelson Piquet (1981, 1983 and 1987) put Brazil on the F1 map.
The Black day at Monza 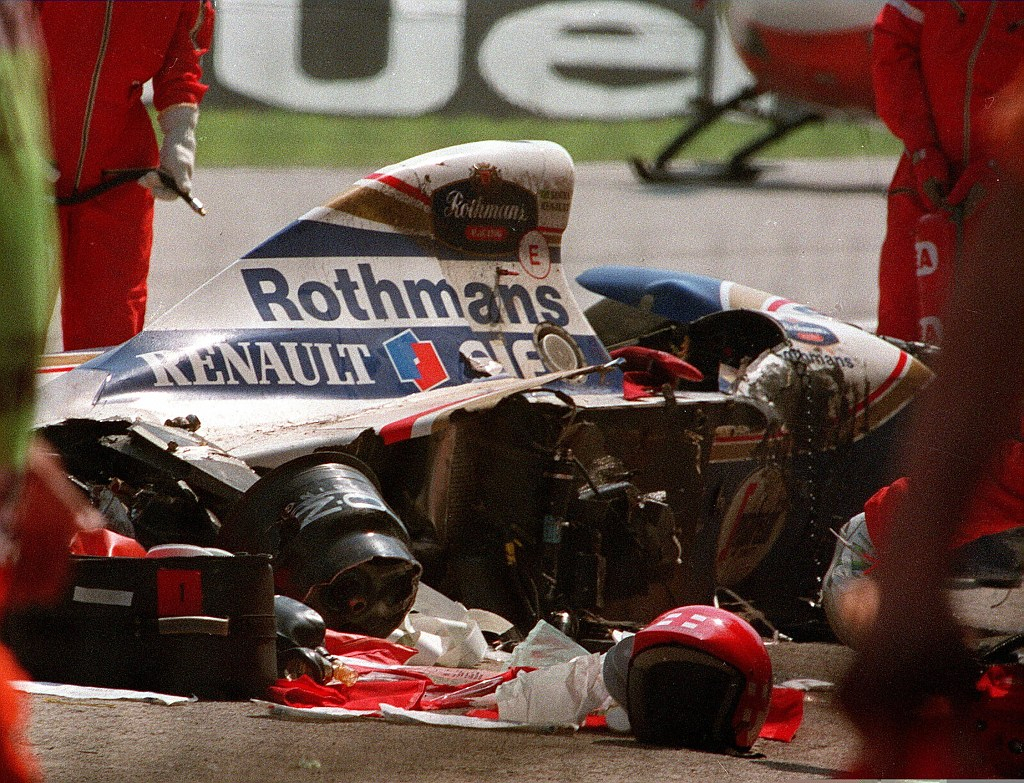 A file picture taken on May 1, 1994, shows rescuers gathered around the remains of the Williams racing car after Brazilian Ayrton Senna's fatal crash at the San Marino Grand Prix in Imola. /VCG Photo

A file picture taken on May 1, 1994, shows rescuers gathered around the remains of the Williams racing car after Brazilian Ayrton Senna's fatal crash at the San Marino Grand Prix in Imola. /VCG Photo

The 1994 San Marino Grand Prix marked the black weekend for Formula One. Senna's fellow Brazilian Rubens Barrichello had a crash during the Friday practice at Imola while Austrian driver Roland Ratzenberger of Simtek F1 team had a fatal accident during Saturday's qualifying. His death couldn't stop the next day's race as the Formula One bandwagon continued to roll onto the deadly race track for one more day. Destiny, however, had a different choice. The ever-adventurous Senna, desperate to cut the gap between him and the championship leader Schumacher, lost his control on lap 7 before flying off the track with his out of control Williams and hit the concrete retaining wall. The next few moments were the darkest hours in Formula One history as the iconic driver was airlifted to Bologna's Maggiore Hospital but was declared brought dead.
While reminiscing about his legendary teammate Gerhard Berger told AFP, “Those deaths rocked the drivers and the international motorsports federation (FIA). We got too confident that the dangerous times were over.”
A break in a hastily adapted steering column was blamed by an Italian court for pushing the life one of the game-changers of world sports into the jaws of death but Formula One continued to race at that fateful Autodromo Enzo e Dino Ferrari circuit until 2006, but the Tamburello was re-modeled in 1995 to become a chicane.
“We realized that it had not changed at all and that we had got lucky for a while. That shook the FIA, the teams, the drivers. After this, everybody joined forces together with the FIA in the lead and it came to a very good result,” he added.
Observer motorsports correspondent Maurice Hamilton said in a 2013 documentary called "1: Life on the Limit" that “The death of Ayrton Senna was relayed by television in the living rooms of millions of people around the world, to people who didn't really know about motor racing but knew of him.”
(With agency input)