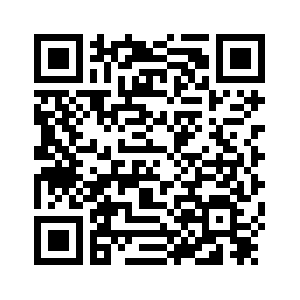 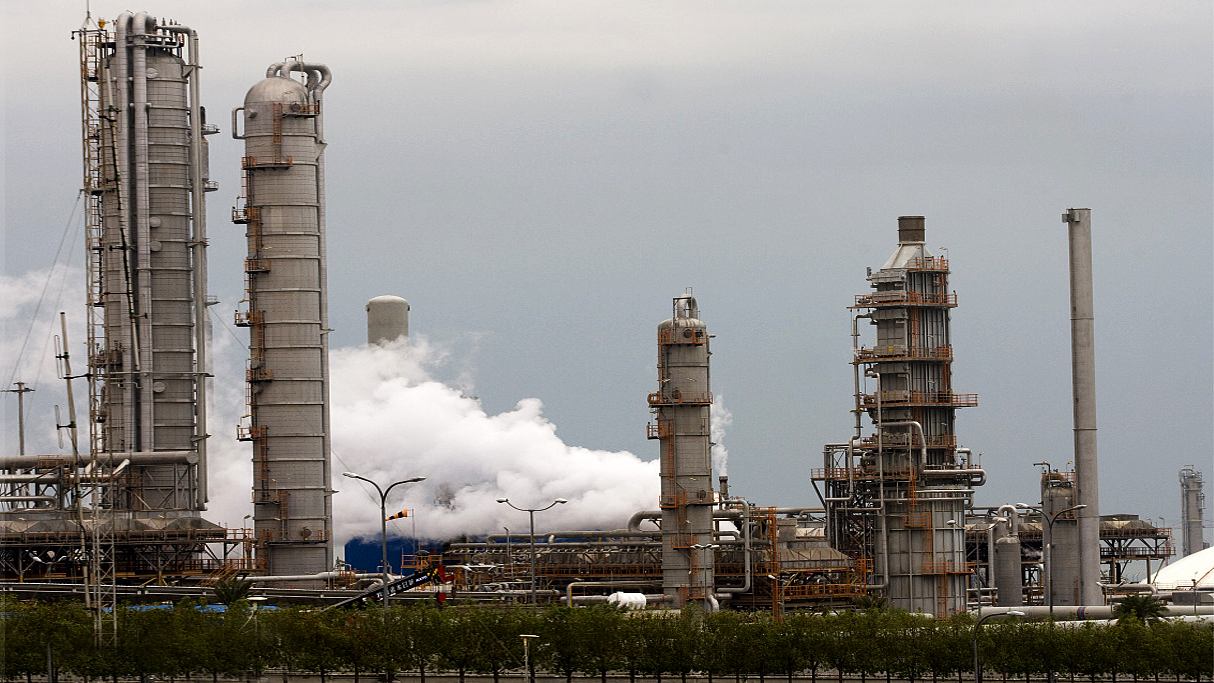 Editor's note: Bobby Naderi is a journalist, current affairs commentator, documentary filmmaker and member of the Writers Guild of Great Britain. The article reflects the author's opinion, and not necessarily the views of CGTN.
The 27th edition of Middle East Petroleum and Gas Conference (MPGC 2019) is underway in Dubai until April 9.
Representatives of international oil and gas companies, officials of the Organization of the Petroleum Exporting Countries (OPEC), as well as top government officials, energy experts and organizations are taking part in the three-day event.
Leading figures are this year discussing topics such as "the continuing volatility and supply uncertainty faced by the global oil markets," issues related to "OPEC and U.S. oil production," as well as “U.S. sanctions" against Iran and Venezuela.
According to Saif Humaid Al Falasi, co-chairman of MPGC 2019, "The sector's analysts, experts, thinkers and top executives will shed light on pressing issues impacting the sector, and discuss innovative, long-term and sustainable results in this era of global volatility in the evolving energy mix."
A glance at the ongoing developments in the region and beyond, however, leaves little question about the deteriorating ties between oil and gas producers and the falling influence of the Middle East over global oil politics.
Of course, despite the ongoing geopolitical and diplomatic turmoil, the world's appetite for oil is here to stay: Global consumption is forecast to expand, and OPEC members can produce crude at a third of the cost of U.S. shale.
Then again, OPEC's share of the market has still dropped, and it is no longer able to maintain higher prices. Also, Shale is threatening to break the cartel's monopoly over the global market, and then there's the rising use of electric cars, renewable energy, and technologies. 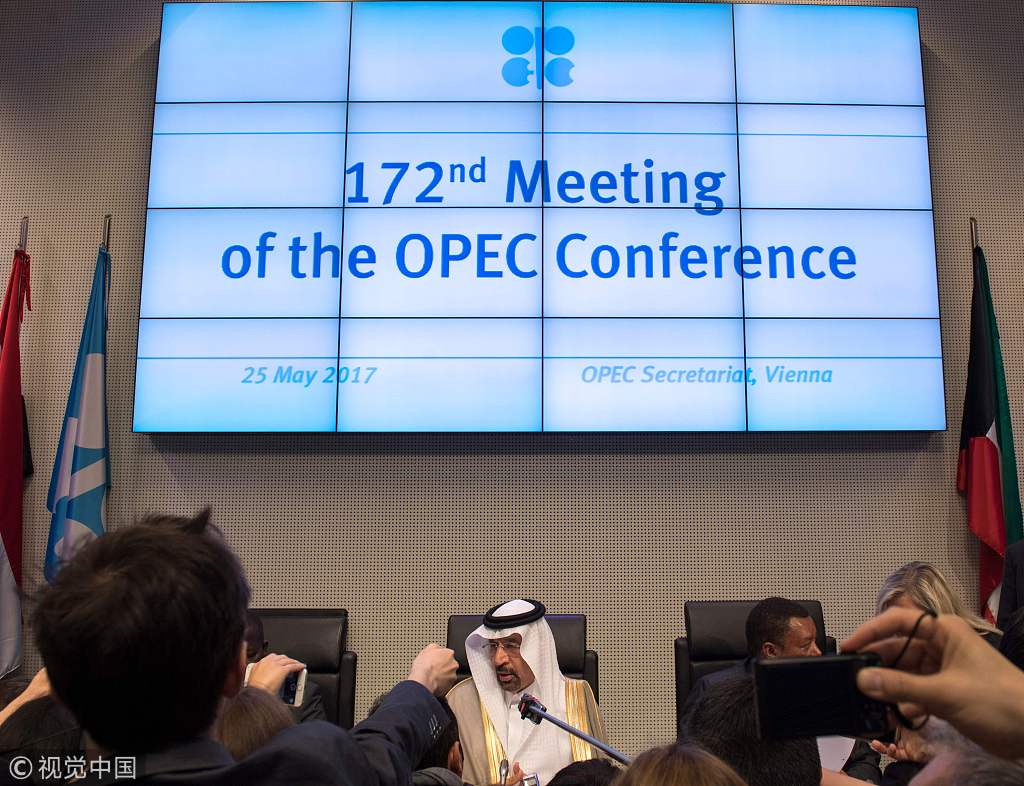 Khalid al-Falih (C), Saudi Arabia's energy minister and president of the Organization of the Petroleum Exporting Countries (OPEC), attends the 172nd meeting of the OPEC Conference, at OPEC headquarters in Vienna, Austria, May 25, 2017. /VCG Photo

Khalid al-Falih (C), Saudi Arabia's energy minister and president of the Organization of the Petroleum Exporting Countries (OPEC), attends the 172nd meeting of the OPEC Conference, at OPEC headquarters in Vienna, Austria, May 25, 2017. /VCG Photo

OPEC has responded to these existential threats by forging an alliance with Russia and other non-OPEC producers.
According to a report from the International Energy Agency, "The OPEC's 14 members control 35 percent of global oil supplies and 82 percent of proven reserves. With the addition of the 10 Non-OPEC nations, notable among them Russia, Mexico and Kazakhstan, those shares increase to 55 percent and 90 percent respectively."
This means the OPEC+ could still have a level of influence over the world economy for at least two more decades.
Add to this the new geopolitical factors and games being played by President Donald Trump and his trade war hawks. U.S. sanctions on Venezuelan and Iranian oil as well as output cuts by the OPEC+ group are creating a shortage of crude.
Crude also keeps rallying on signs OPEC and its new allies will extend their output cuts beyond June. The escalation of the ongoing conflict in Libya adds to risks to supply from Iran and Venezuela - both under U.S. sanctions.
By imposing hefty sanctions on Iran and Venezuela, and threatening others not to buy from their oil, there won't be enough oil from the U.S. and elsewhere to deal with supply disruptions in the near future. Global oil prices will go up, and the U.S. won't be able to deregulate the energy industry, let alone assert its oil independence and influence.
It gets worse to hear that Saudi Arabia is reportedly considering selling its crude in other currencies if U.S. lawmakers pass an anti-OPEC bill. Reports suggest that Riyadh is preparing a strategy to deal with the potential passage of the No Oil Producing and Exporting Cartels Act, known as NOPEC.
Riyadh has discussed the proposal with other OPEC members, and if this is followed through, it would undercut further U.S. influence over global financial markets and its ability to enforce sanctions on Iran, Venezuela and other entities. 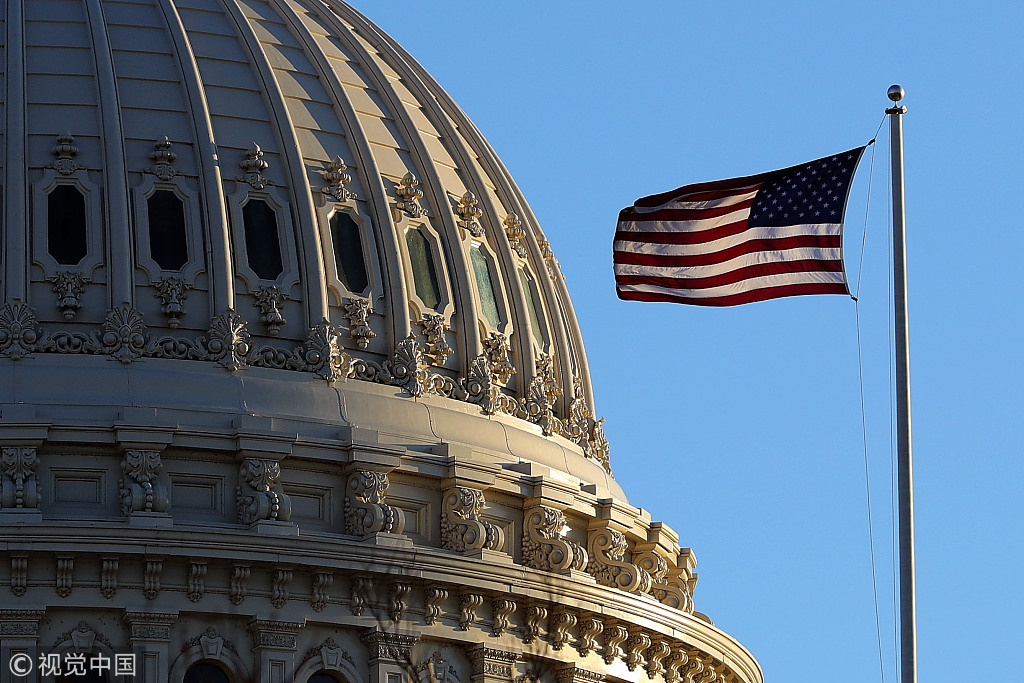 This is why annual oil and gas events like Dubai's MPGC 2019 are still relevant today. They help OPEC to achieve its policy goals and keep the U.S. in check. Unlike what President Trump and his sanctions hawks would like to suggest, the OPEC+ will continue to flex muscles, and it should be taken seriously, too.
U.S. sanctions on Iran and Venezuela will skyrocket oil prices as well because the OPEC+ members are now listening to each other and have taken Trump's threats to curb oil prices and OPEC's influence seriously.
The same could be said about the region's natural gas, largely produced by Iran and Qatar. Washington has no influence on the global gas market, and it cannot shift gas politics among allies and adversaries in the Middle East and Europe.
Iran, Iraq and Syria plan to export gas to Europe through a pipeline from the Persian Gulf to the Mediterranean Sea. The agreement was signed in 2011.
The U.S. has no gas and cannot use its exports of liquefied natural gas (LNG) to Europe to counter the planned Iran-Syria-Iraq pipeline - or the Nord Stream 2 pipeline that would export gas from Russia to Europe.
Of course, President Trump and Secretary of State Mike Pompeo can still claim the OPEC+ is a less important player now. Yet it will take more than two decades for the U.S. to become "the number-one producer of oil, natural gas and refined products" in the world.
Until that happens, oil and gas politics in an international gathering like MPGC 2019 will continue to look beyond the industry to promote collaboration between OPEC, Russia and other non-OPEC producers to curtail supplies and influence from the United States - even if that would require selling their crude in other currencies.
(If you want to contribute and have specific expertise, please contact us at opinions@cgtn.com)