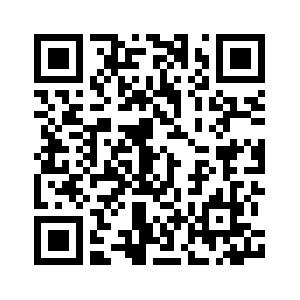 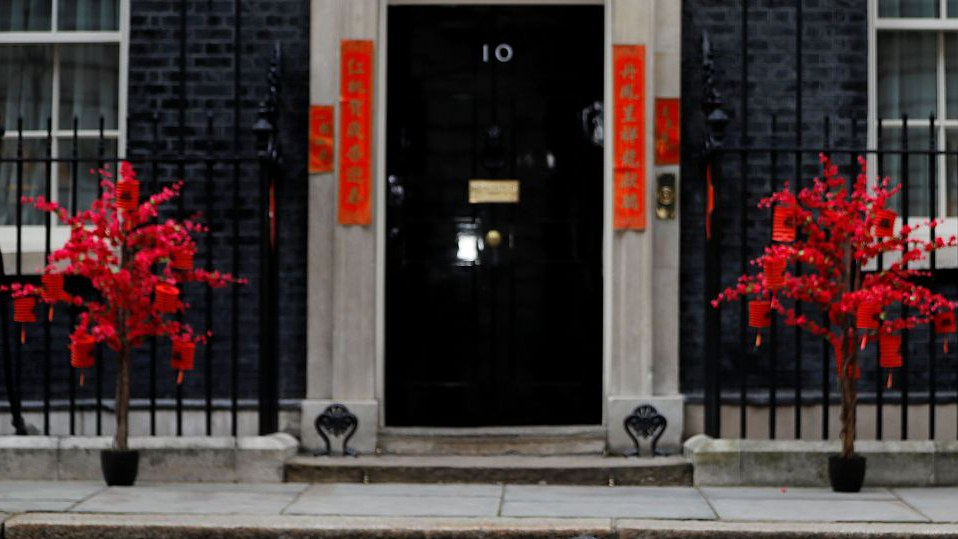 Editor's note: Zhu Zheng is an assistant professor at the Law School with China University of Political Science and Law. The article reflects the author's opinion, and not necessarily the views of CGTN.
February 5 marked the beginning of the Chinese Lunar New Year, the most important traditional festival in China. Nowadays not only are Chinese people celebrating it, but the rest of the world is also sharing the festive spirit as well: Tokyo Tower lit up in red, and New York Empire State Building just had a lighting ceremony.
Celebrations in the UK cannot be missed, either. 10 Downing Street, for example, was transformed for a colorful Chinese New Year reception, with the door decorated with cherry blossoms and traditional Chinese couplets. A reception was also hosted by the Prime Minister, who invited families from across Britain to take part in the official celebrations. 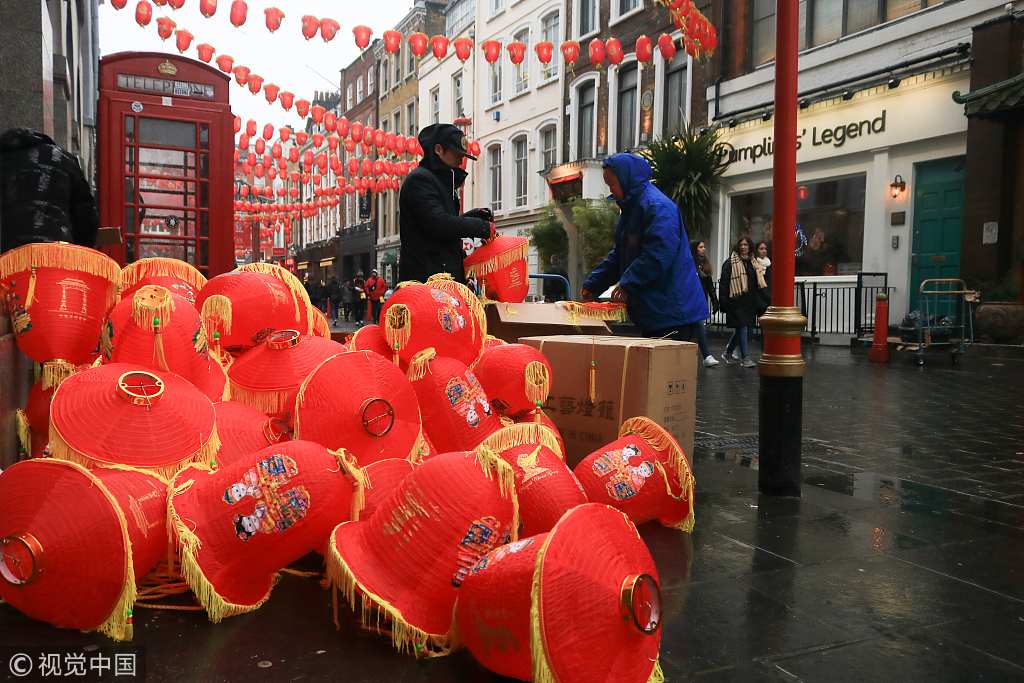 Members of the London Chinatown Chinese Association prepare Lanterns for decoration as the Chinese community prepares to celebrate the Spring Festival on February 4, 2019. /VCG Photo

Members of the London Chinatown Chinese Association prepare Lanterns for decoration as the Chinese community prepares to celebrate the Spring Festival on February 4, 2019. /VCG Photo

According to Theresa May, “the UK is home to a vibrant British Chinese population” and the Chinese community “plays an important role in British life”.
Indeed, Britain is a vital hub for a large number of Chinese: Over 400,000 ethnic Chinese are currently living in the country, and the number of Chinese students far exceeds that of students of any other nationalities as the biggest non-EU group in both British higher education and independent schools.
Celebrations for the Chinese New Year have been held in Britain every year. For instance, former Prime Minister David Cameron also hosted some events to celebrate the festival and displays of lights, “Lion Eye Dotting Ceremonies”, and hanging lanterns are not uncommon during this time of the year in the UK.
This not only signifies that Chinese culture has gained much traction in the country but also symbolizes the important ties between China and Britain. 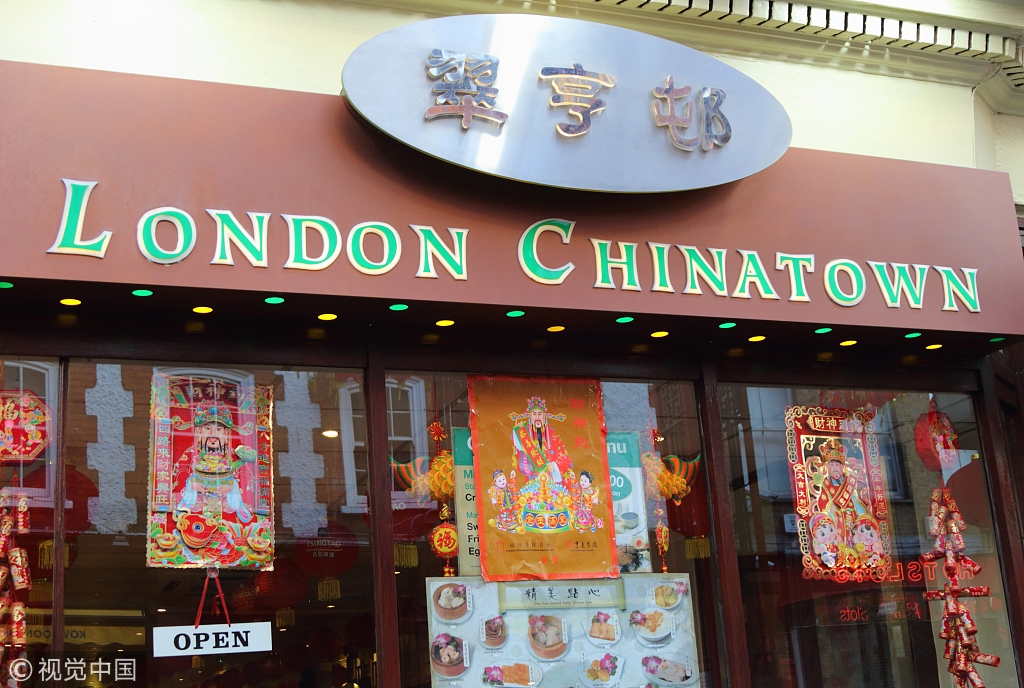 The London Chinatown Restaurant is seen with decoration on it, February 3, 2019. /VCG Photo

The London Chinatown Restaurant is seen with decoration on it, February 3, 2019. /VCG Photo

While the country is still perplexed by the referendum result to leave the EU bloc, it is also presented with more opportunities thanks to the “Golden Era” of UK-China relations, and as reported, the two countries are looking at a “top-notch free trade agreement” between the two sides after the EU withdrawal, which is win-win cooperation.
On the one hand, against the backdrop of trade war with the United States, Beijing is eager to forge closer ties with established economies; China has high hopes for Britain to act as a cheerleader for China's global Belt and Road Initiative, as former Chancellor of the Exchequer did with the UK's membership in the Asia Infrastructure Investment Bank.
On the other hand, the UK is increasingly a better place for China's emergence as a new force at the international stage, with China's economic and market reforms bringing tremendous opportunities for British enterprises.
After 40 years of high-speed development, today's China is the world's second-largest economy and keen to be seen as a respectable and trustworthy partner around the globe.
While the road may be bumpy ahead, China-UK ties have reached a new height, and in the post-Brexit era, the links between London and Beijing will be further enhanced. This is perhaps what the ostentatious display for the Spring Festival in No. 10 Downing Street heralds.
(If you want to contribute and have specific expertise, please contact us at opinions@cgtn.com)