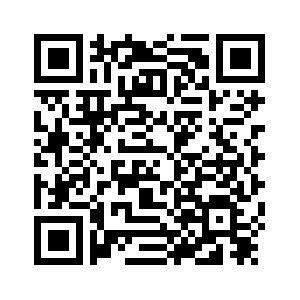 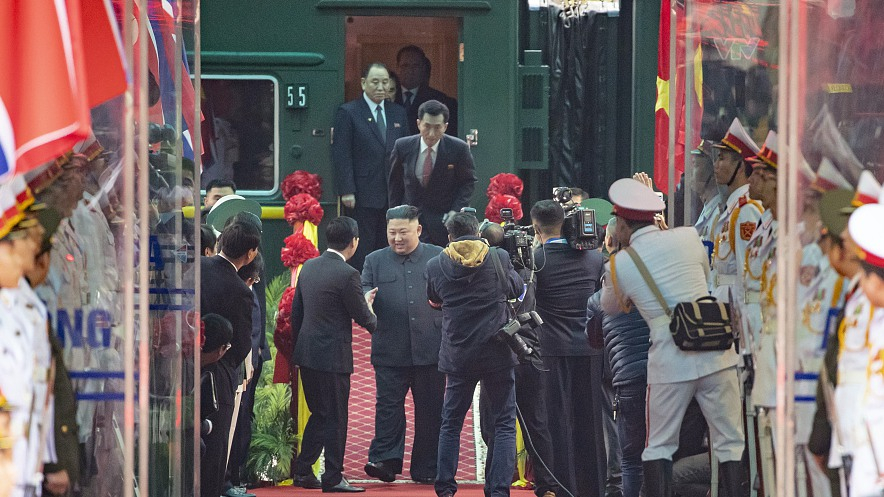 Editor's note: James Rae is a Fulbright visiting scholar at Beijing Foreign Studies University. The article reflects the author's opinion, and not necessarily the views of CGTN.
The Democratic People's Republic of Korea (DPRK) leader Kim Jong Un and U.S. President Donald Trump will hold their second meeting in Hanoi on February 27 and 28.
Direct talks provide an opportunity to draft specific benchmarks to achieve progress on the denuclearization of the Korean Peninsula, and thus inspire guarded optimism. However, major sources of disagreement remain and will require dramatic breakthroughs.
The DPRK has shown good faith towards the "complete" denuclearization of the Korean Peninsula by withholding from testing ballistic missiles or nuclear weapons in 2018. 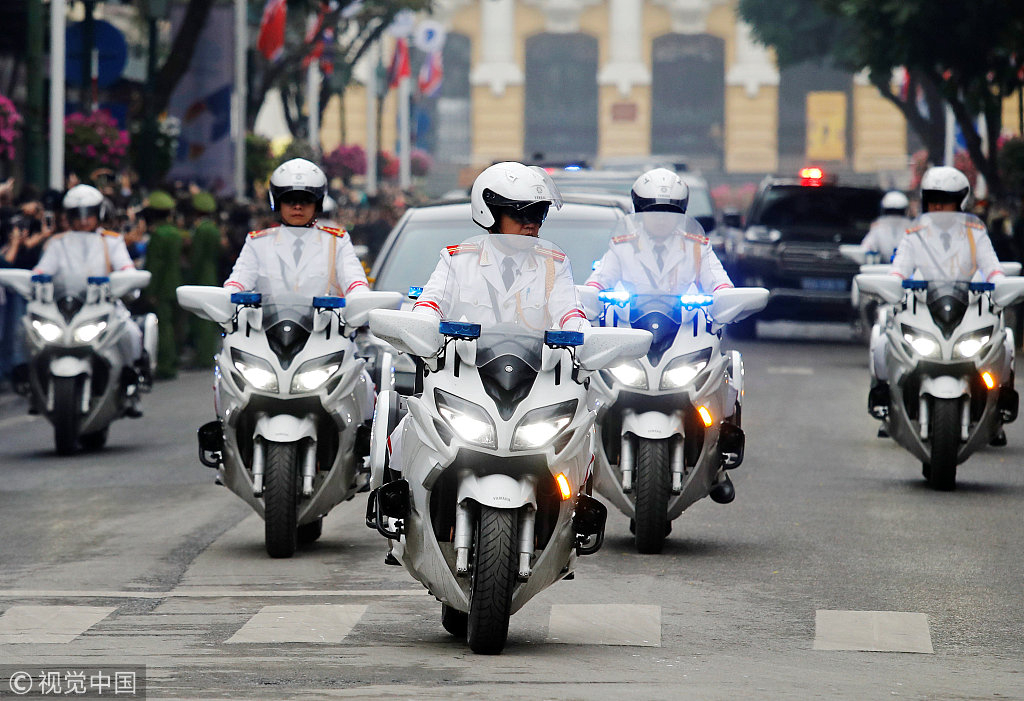 Looking at the big picture, if the DPRK followed the "Myanmar model" and created distance with China while opening to Western investment and improving diplomatic ties with the United States, that would be a game changer.
Yet nuclear deterrence has been a bedrock of DPRK security policy, at least with the perceived threat of the U.S. military presence in the region. For Chairman Kim to take concrete steps to fulfill his pledge made in the Singapore summit will take great confidence in this new round of negotiations, and pursue a policy of engagement with Seoul.
What may be achieved in Hanoi? The DPRK bargaining position typically calls for American troop withdrawal, curtailing military exercises, and removing the broader American nuclear threat from the region in seeking an easing of sanctions and ultimately diplomatic recognition and legitimacy. 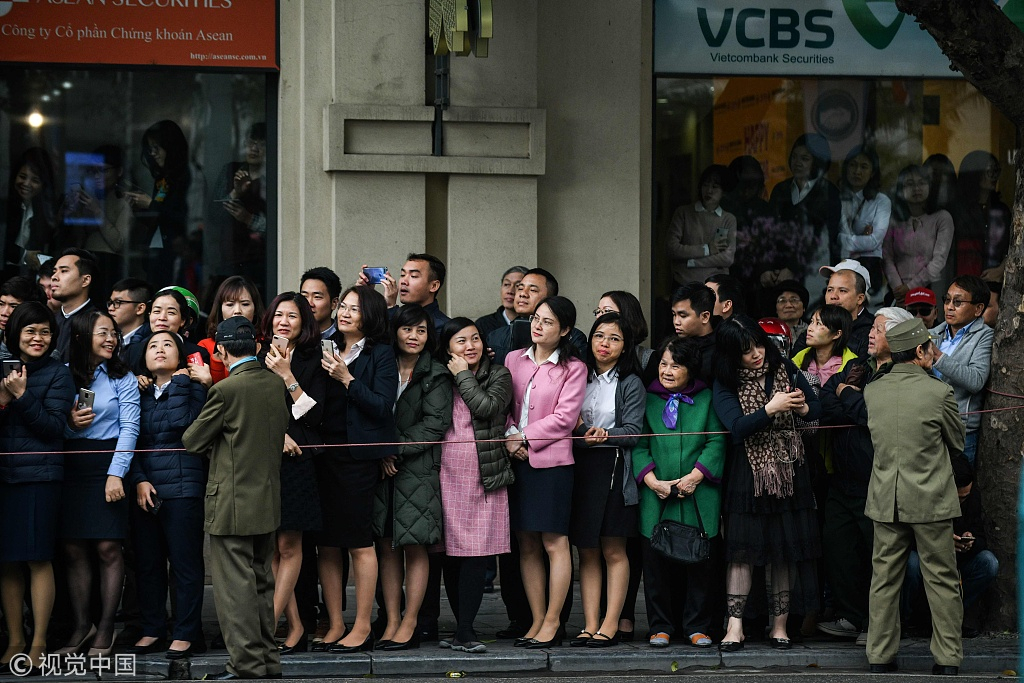 The question then becomes whether the United States makes any concessions, declaring an end to the Korean War, reducing troop deployment, or further cancelling joint military exercises as Trump did after the first summit.
While Trump has complained about the cost of American overseas military commitments, and with theater missile defense systems increasingly deployed, including the THAAD in the Republic of Korea (ROK), actual armed forces could potentially be reduced without jeopardizing the U.S.-ROK security alliance.
Of course, ROK's Moon Jae-in is certainly anxious to make progress in bilateral relations, de-escalate security tensions with Pyongyang, and to prove his efforts at engagement will bear fruit. Accordingly, the United States will seek verifiable steps toward denuclearization to make reciprocal concessions.
Public opposition in the ROK toward the American military presence is strong, more so among Moon's constituents. The ROK is deeply engaged with China economically and no longer sees Beijing in hostile ideological terms, and like others in East and Southeast Asia, is uncertain of the long-term American commitment to the region. 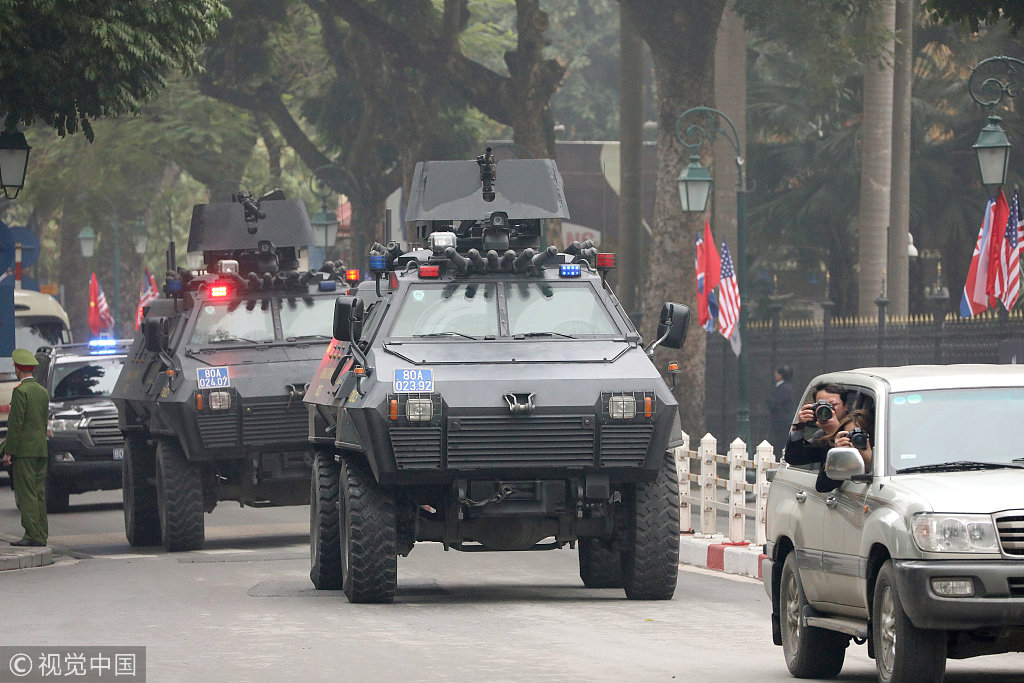 The motorcade of DPRK leader‍ Kim Jong Un is seen passing the Opera House, ahead of a second summit with U.S. President Donald Trump, in Hanoi, Vietnam, February 26, 2019. /VCG Photo

The motorcade of DPRK leader‍ Kim Jong Un is seen passing the Opera House, ahead of a second summit with U.S. President Donald Trump, in Hanoi, Vietnam, February 26, 2019. /VCG Photo

Certainly, Japan watches nervously at any American concessions, as it feels the security threat from the DPRK most acutely owing to its proximity and the use of anti-colonial nationalist rhetoric by the DPRK regime.
Therefore, the status quo favors China in maintaining a compliant regime in Pyongyang and a buffer state keeping American distance from China's frontiers. Any U.S. offerings to the DPRK can only calm worries in Beijing about the confrontational American security posture generally, its theater missile defense and targets.
Personal diplomacy between China and DPRK will be key for fixing a settlement.
For China, a quiet Korean Peninsula of relative harmony (i.e. no DPRK provocations as was practiced in 2018) with any degree of lessened American military presence serves its interests. With security guarantees from China down the road, perhaps Pyongyang would even abandon its nuclear sites and rejoin the Nuclear Non-Proliferation Treaty (NPT).
Thus, the talks are worthwhile in seeking some mutual agreement to reduce the threat matrix on the Korean Peninsula, but those talks are risky for major powers if they alter the political matrix, thus outcomes tilt toward little profound change.
(If you want to contribute and have specific expertise, please contact us at opinions@cgtn.com)