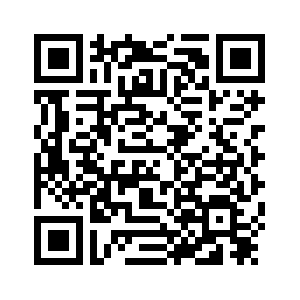 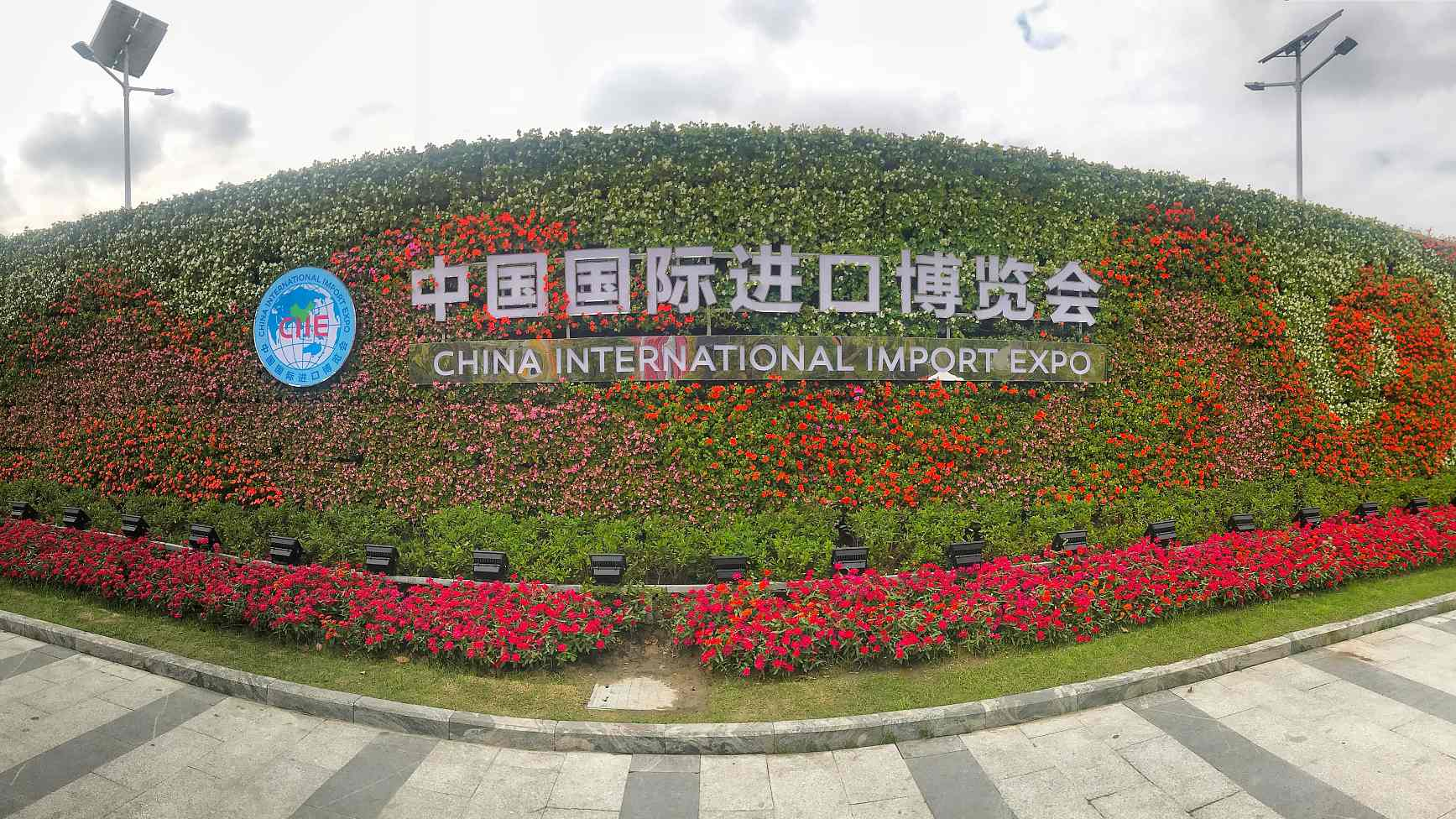 Editor's Note: Ding Heng is a reporter from CRI. The article was first published by China Plus on November 4, 2018. The article reflects the author's opinion, and not necessarily the views of CGTN.
Chinese people love anniversaries. It is not unusual for China to commemorate anniversaries with well-orchestrated events. More importantly, it is not merely the historical events behind anniversaries that people look at. The past, many Chinese people believe, provides guidance for the present and the future.
China kick-started its economic reform, better known as reform and opening-up, in December 1978 following a landmark meeting of the Communist Party of China. The result was that China has turned itself from one of the world's poorest countries to the home of the world's second-largest economy, becoming one of the greatest economic success stories in recent history.
With that in mind, the China International Import Expo that will be held in Shanghai starting Monday is a fitting celebration of the upcoming 40th anniversary of China's reform and opening-up.
Trade fairs are not new in China. Since the 1950s, the Canton Fair has been held twice a year in Guangzhou. And since 2012, Beijing has hosted the annual China International Fair for the Trade in Services. But the forthcoming China International Import Expo is unique in that it is the first event to focus on what China can purchase from the rest of the world. The event is in and of itself indicative of how far China has gone down the road of economic transformation. 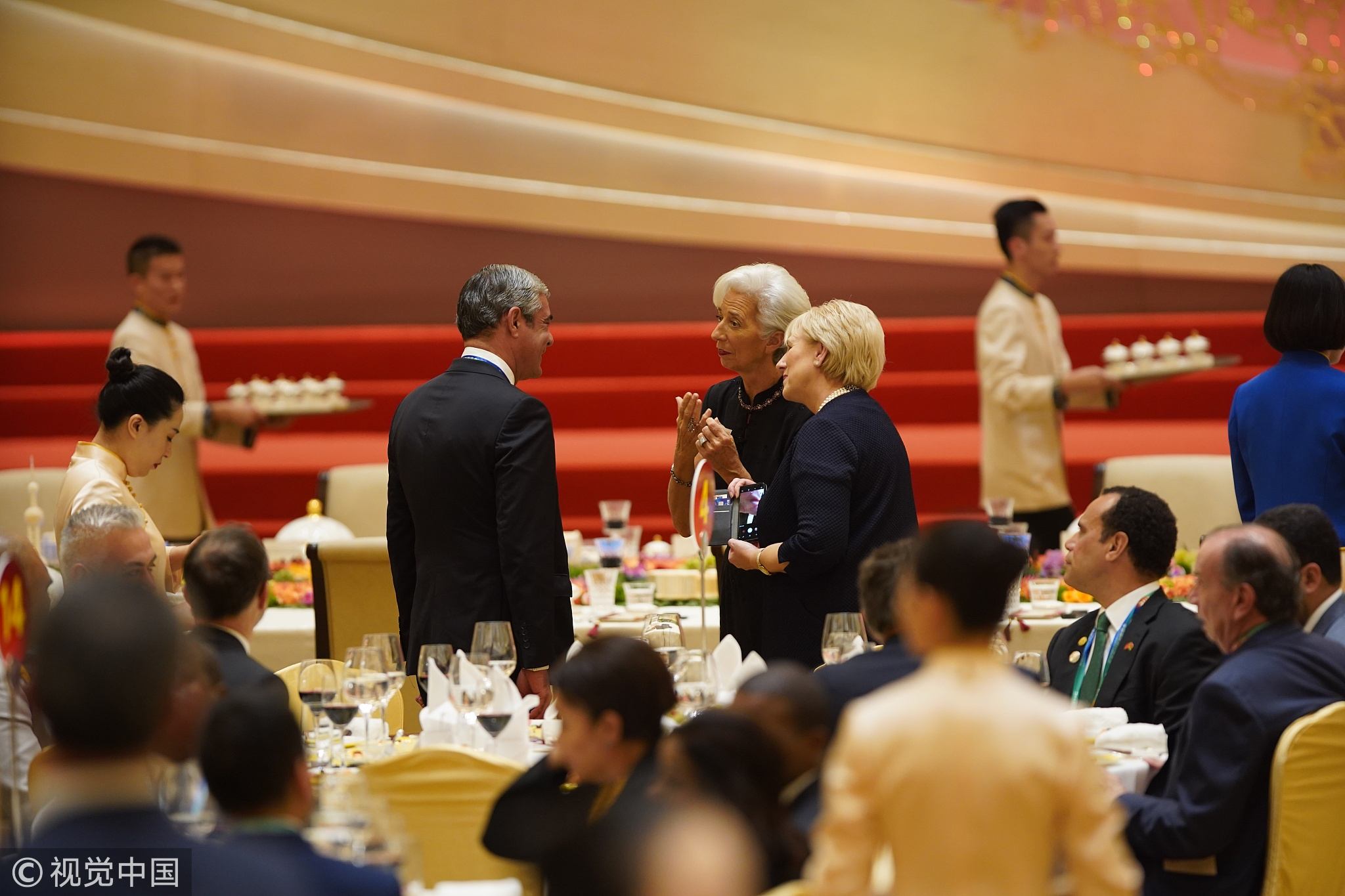 Guests gather at the Shanghai International Convention Center for a welcome banquet ahead of the first China International Import Expo, November 4, 2018. /VCG Photo.

Guests gather at the Shanghai International Convention Center for a welcome banquet ahead of the first China International Import Expo, November 4, 2018. /VCG Photo.

China's economic rise after 1978 began with labor-intensive industries such as shoes, garments, and textile manufacturing. The huge exports generated by these sectors, especially after China joined the World Trade Organization in 2001, are why China came to be known as the "world's factory." Exports, together with infrastructure and real estate investment, were once the leading engines of the Chinese economy. That's why the Canton Fair, which mainly aims to help domestic manufacturers find overseas buyers, has been so successful.
But an economy based on cheap labor-based exports is unsustainable. This can be partly explained if we look at how iPhones are produced. Almost none of the iPhones' components are manufactured in China. Apple buys components such as touch screens and chips from companies like Intel and Sony, the parts are shipped to China, and they're assembled into phones.
An iPhone 7 has a factory cost of 240 US dollars, but only about 8.50 US dollars are earned in China, according to a study conducted by three economists from Syracuse University, the University of California in Berkeley, and the University of California in Irvine. On the surface, China exports iPhones overseas. But in reality, the profits from these iPhones largely flow to other countries.
In the meantime, China is undergoing a rapid increase in its labor costs, having seen its average minimum wage rise by over 13 percent over the past five years. In the Pearl River Delta, once a hub of labor-intensive manufacturing, 17 percent of local manufacturers are considering moving to countries such as Vietnam and Cambodia due to concerns about labor costs, according to a survey by the Standard Chartered Bank in 2017.
In the future, higher-quality products with larger profit margins are what China wants to sell to other countries. This is why it is seeking ways to boost its high-end manufacturing capacity through initiatives like "Made in China 2025." 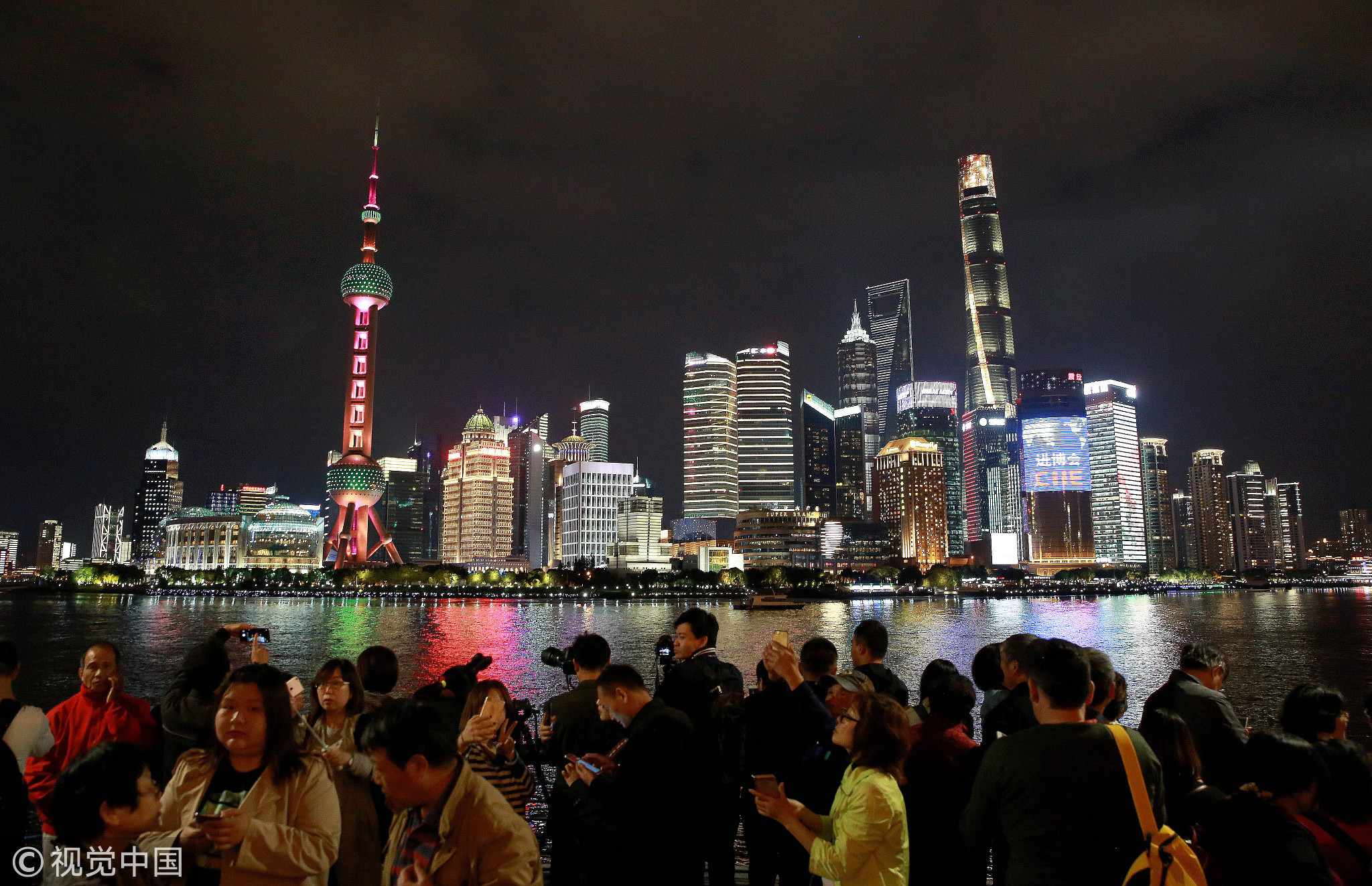 The reality is that exports and fixed-asset investments are no longer the leading engines of growth. Over the past two years or so, China's imports have been growing at a much faster pace than its exports. In the first three quarters of 2018, 78 percent of GDP growth came from consumption, compared to less than 50 percent a decade ago, according to China's official data.
After many years of stable growth, China's rising spending power should come as no surprise. And the government, for its part, has spared no effort to spur consumption. The average import duty on consumer goods, for example, has fallen from 15.7 percent more than three years ago to just 6.9 percent today.
China's consumer market is currently estimated to be worth 5.4 trillion US dollars, on par with the 5.8-trillion-US-dollar market in the United States. And the proportion of China's population earning a disposable income of over 10,000 US dollars a year is expected to rise from around 10 percent now to 35 percent by 2030, according to an analysis by The Economist Intelligence Unit. These are some of the indicators as to why the forthcoming import expo is coming at the right time. And it's why Beijing has said that the event is a sign that China's development offers huge benefits to the global business. 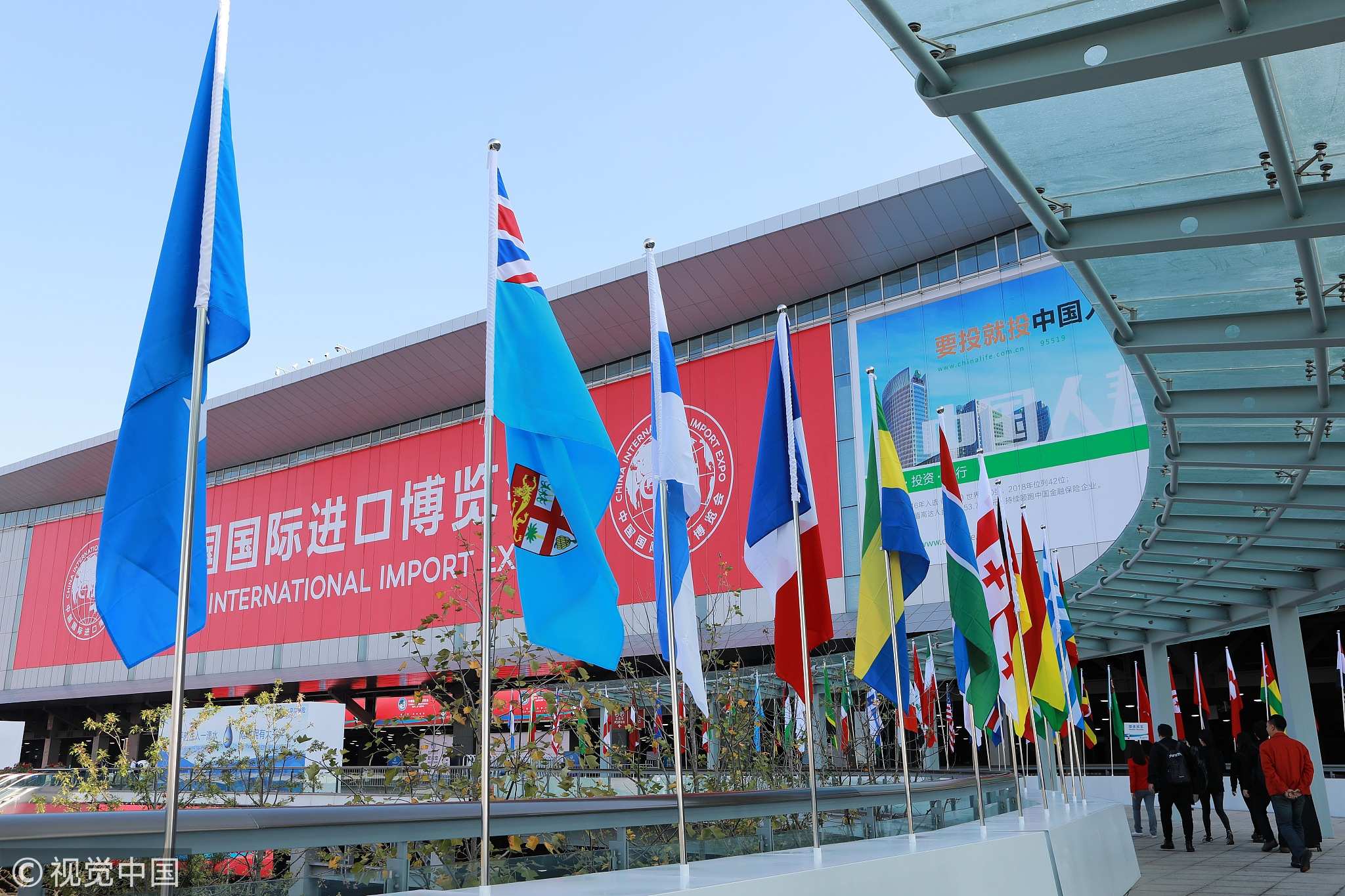 In addition to helping overseas sellers find Chinese buyers, the expo is also a good platform for international firms looking for investment opportunities in China. Swiss pharmaceutical giant Hoffmann-La Roche, one of the largest exhibitors at the event, has spent 8.4 billion yuan, roughly 1.3 billion US dollars, over the past five years establishing a research center in Shanghai and a diagnostic equipment manufacturing base in nearby Suzhou.
The expo will provide opportunities for companies like Hoffmann-La Roche, which have the know-how to thrive in China, to share their lessons with firms considering taking the plunge into China's massive domestic market.
China is easing foreign investment restrictions in many industries which have long been seen as sensitive areas, such as the banking, insurance, and auto sectors. As a result, we have seen names such as Tesla, BMW, Fitch Ratings, BP, and Exxon Mobil announce new plans this year to start or increase their investment in China.
In the first half of this year alone, 70 billion US dollars in foreign direct investment flowed into China, more than any other country received in the same period, according to a recent report from the United Nations.
In the early stage of the reform and opening-up, former Chinese leader Deng Xiaoping took the bold step of inviting overseas firms to invest in China. He did this knowing that domestic reform alone could not solve China's problems at the time.
Bringing foreign capital, advanced technology, and professional management skills, these firms prompted China to go farther still in its economic reforms. They played an inspirational role in the rise of China's homegrown business.
Beijing has dubbed the China International Import Expo one of the four major international events held in China this year. It is an opportunity for China to celebrate the milestone of the four decades of its reform and opening-up, and to start a new phase of economic reform.
(If you want to contribute and have a specific expertise, contact us at opinions@cgtn.com.)