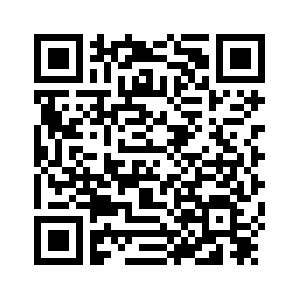 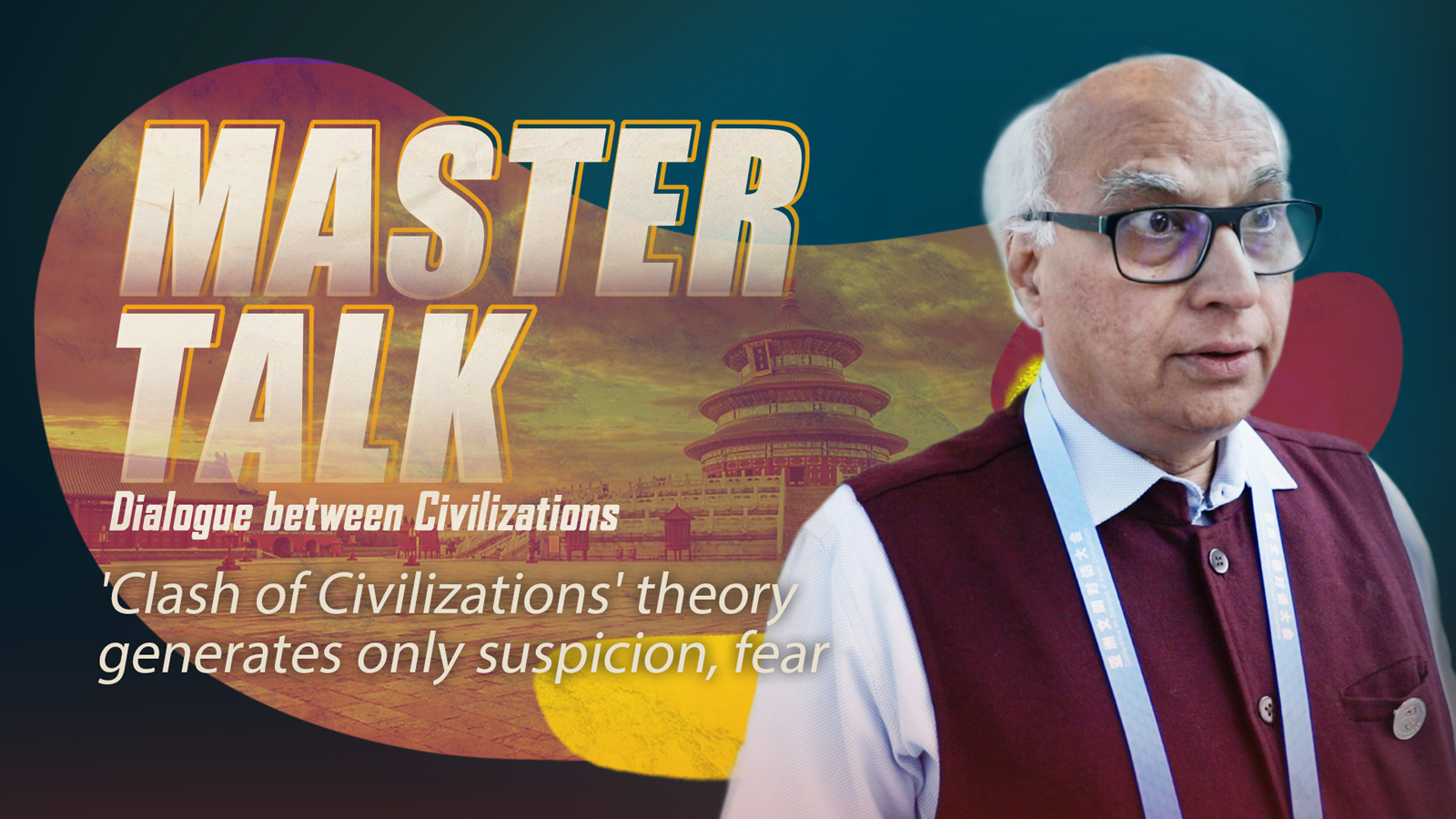 Editor's note: This is the fourth in the series of "MASTER TALK" interviews produced by CGTN Digital timed with the Conference on Dialogue of Asian Civilizations (CDAC) underway in Beijing.
Samuel Huntington's "Clash of Civilizations" is a very mistaken theory, which could generate only suspicion and fear, said Sudheendra Kulkarni, an Indian socio-political activist and columnist.
Kulkarni talked about his point of view in an interview with CGTN, after attending the opening ceremony of the Conference on Dialogue of Asian Civilizations (CDAC) and the panel discussion on "Culture, Tourism and People-to-People Exchange" in Beijing on Wednesday.
He said that under such a theory, the world would be full of conflicts and wars, just like the previous century, which led to the death of millions of people. 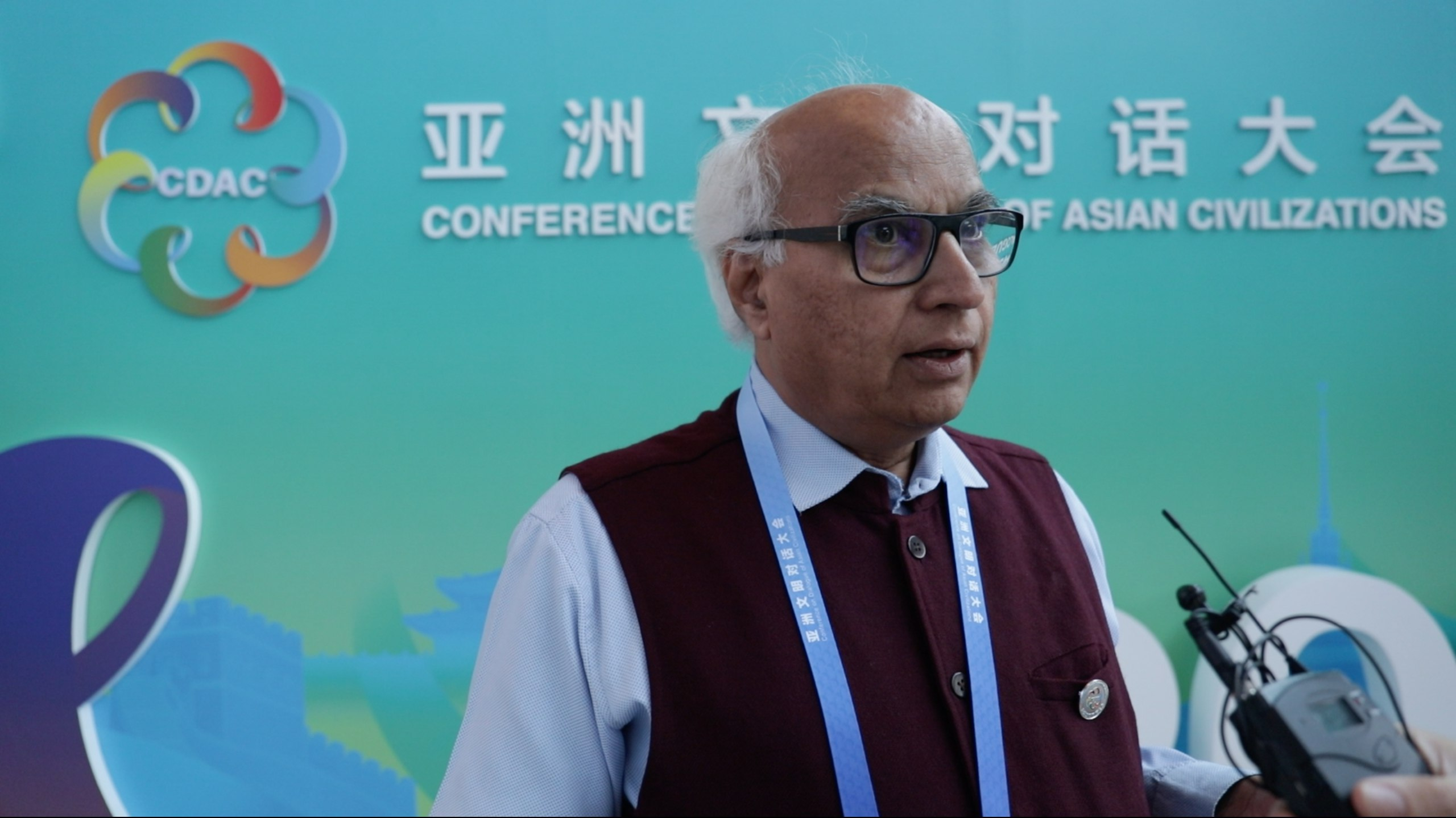 Peace is in the core value of all civilizations

In his speech, the Chinese President said that "civilizations only vary from each other, just as human beings are different only in terms of skin color and the language used. No civilization is superior over others."
He said that it is only by respect and equality, and through communications and exchanges, that all the civilizations could jointly foster a community with a shared future.
Kulkarni explained his understanding of the initiative, saying that sometimes misunderstandings and frictions do exist among the countries, and the only way to resolve the misunderstanding is by holding dialogue. 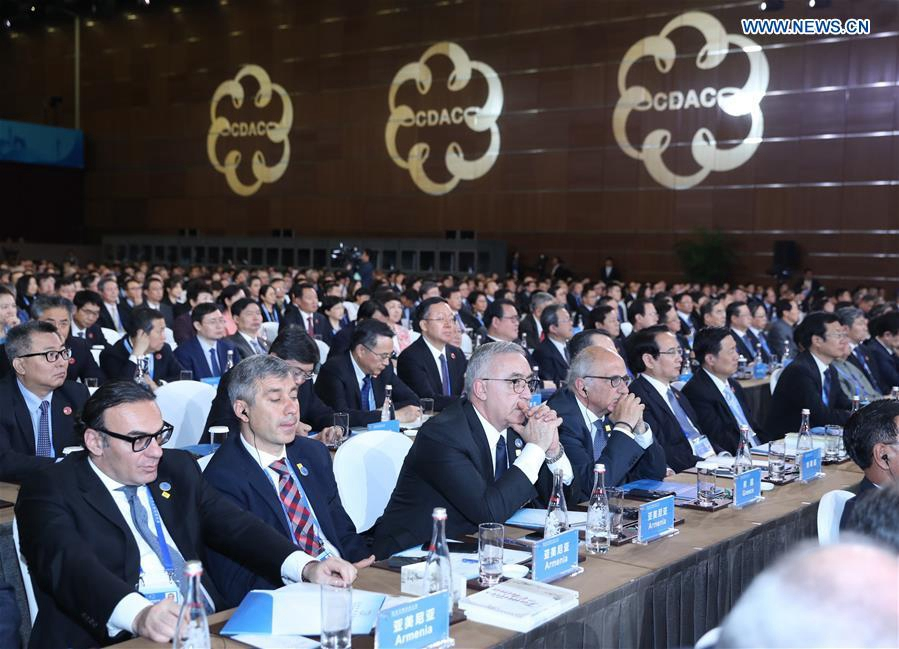 The opening ceremony of the Conference on Dialogue of Asian Civilizations (CDAC) is held at the China National Convention Center in Beijing, capital of China, May 15, 2019. /Xinhua Photo

The opening ceremony of the Conference on Dialogue of Asian Civilizations (CDAC) is held at the China National Convention Center in Beijing, capital of China, May 15, 2019. /Xinhua Photo

He said that many people in the world recognize China as a country which is becoming stronger and richer, but some of them haven't realized that the essential value of the Chinese culture and civilization is its people's love of peace.
China does not have the willingness to rule or dominate, Kulkarni said, and that this is not in the Chinese culture or the Indian culture.
The Indian columnist explained that Asia is the world's largest continent, which is home to 47 countries and over 1,000 ethnic groups.
"All civilizations in their core value is to live together, because we are all part of one human family," he explained, adding that in the age of globalization, the world has been brought together by technology, trade and human mobility.
He therefore asked the media to play a more active role, to bring balanced reports for the people of all countries to understand each other and learn more about different civilizations. Meanwhile, the columnist added that enhanced exchanges in different areas, such as trade, culture, sports and technologies, could also help bring the countries closer.
"We have a responsibility to today's generation and also the coming generation to create conditions where they can live a life of prosperity. And prosperity is impossible without peace and without cooperation," said Kulkarni.
Reporter: Ai Yan
Videographer: Zhu Danni
Video Editors: Wang Baozhu, Zhu Danni
Animator: Pan Yufei
Producer: Wen Yaru
Chief Editor: Lin Dongwei
Supervisor: Pang Xinhua