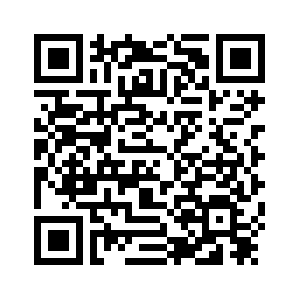 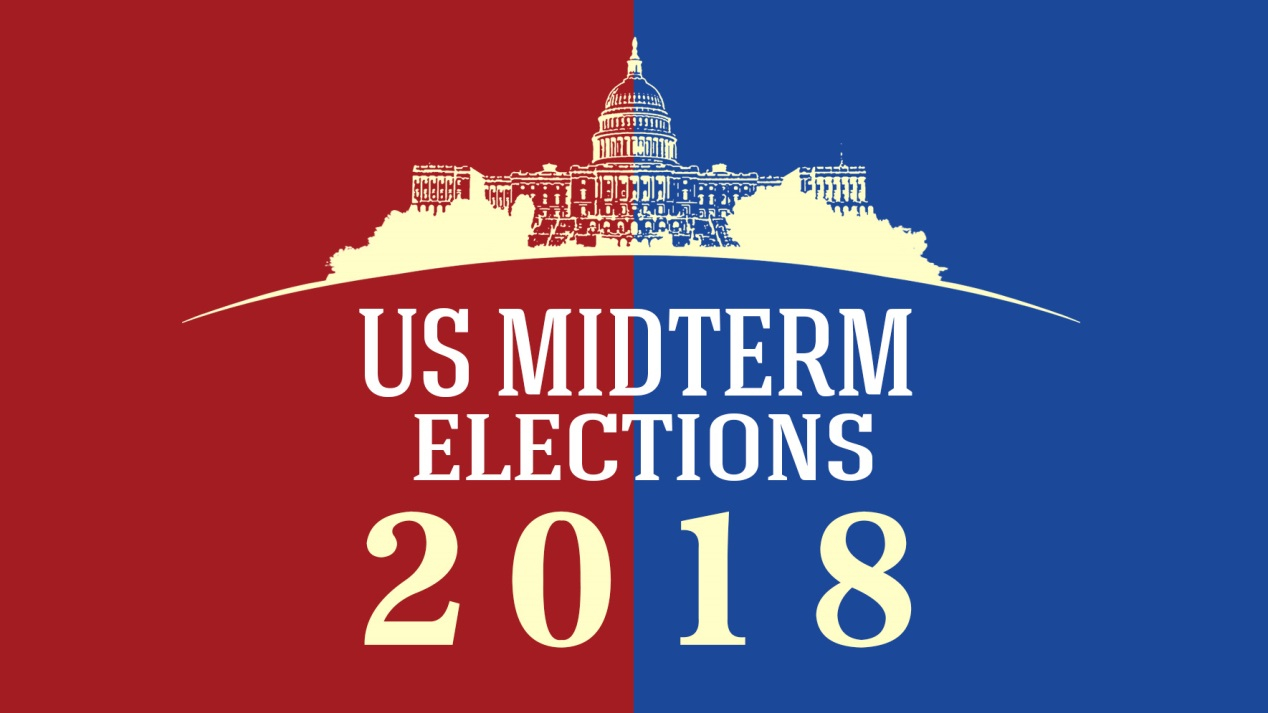 ‍Democrats have taken control of the House of Representatives, and the Republicans have retained the Senate in the US midterm elections.
‍Voters on Tuesday cast ballots for all 435 members of the House of Representatives, 35 of the 100 seats in the Senate, and 36 out of 50 state governors on midterm election day in the US.
The result of the elections will likely draw the trajectory of US politics for the next two years. Here is what we know so far:
Updated at 7:20 BJT Thursday (18:20 EST Wednesday)
US Democrats have gained 223 seats in the midterm election after securing 218 seats needed to gain control of US House earlier on Wednesday.
The Republicans have now control 199 seats in the House.
In Trump's post-election address following the Republicans defeat in the House of Representatives, Trump said he is ready to work with the Democrats but warned "warlike posture" if the Democrats investigated him.
Updated at 16:06 BJT (03:06 EST)

Democrats have seized control of the US House of Representatives with 218 seats, while the Republicans have retained 193, according to AP.
Updated at 14:51 BJT (01:51 EST)
The latest AP forecast puts the Republicans three seats up in the Senate, increasing their majority, and the Democrats with a 24-seat gain in the House with 39 races still to be called.
Trouble for Trump as Democrats flip House
Turnout in the elections looks to be extremely high, according to the New York Times, with an estimated 114 million votes cast – a huge 31 million more than in 2014.
Democrat Stacey Abrahams could now be heading for a runoff against Republican Brian Kemp in Georgia's race for governor, and the Wisconsin gubernatorial election between Republican incumbent Scott Walker and Democrat Tony Evers is too close to call.
Updated at 14:20 BJT (01:20 EST)
A historic batch of US senators, representatives and governors will be taking office following Tuesday's elections: among them, the country's first Muslim and Native American congresswomen, the first openly gay governor and the youngest woman ever to enter Congress.
Here is a look at some of the people breaking glass ceilings and other barriers in the 2018 US midterms.
US midterms: The winners making history
Updated at 12:40 BJT (23:40 EST)
Andrew Gillum has conceded the gubernatorial race in Florida to Republican Ron DeSantis, a major disappointment for the Democrats. Republicans have also retained the governor's mansion in Ohio, with Mike DeWine replacing John Kasich. Both are highly significant, as it means Republicans in two key swing states will control electoral redistricting when the next round takes place after the 2020 census. 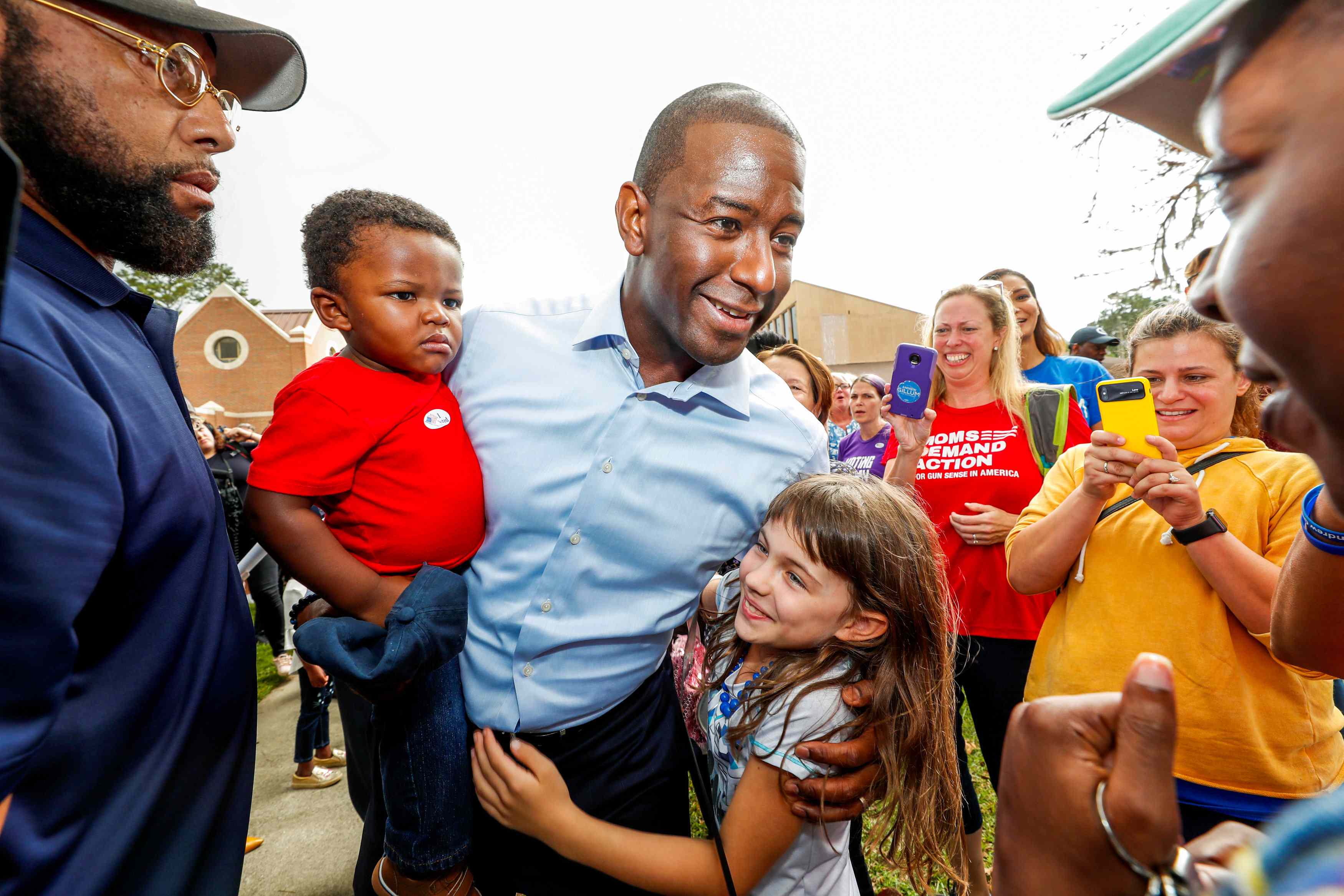 Democratic gubernatorial candidate Andrew Gillum with his children as he greets his supporters outside a polling booth in Tallahassee, Florida, US November 6, 2018. /Reuters Photo

Democratic gubernatorial candidate Andrew Gillum with his children as he greets his supporters outside a polling booth in Tallahassee, Florida, US November 6, 2018. /Reuters Photo

Stacey Abrams, who was bidding to become the nation's first black female governor, is currently trailing Republican Brian Kemp in Georgia.
Updated at 11:50 BJT (22:50 EST)
Ted Cruz has beaten off the challenge of Democrat Beto O'Rourke in the Texas Senate race and Kevin Cramer has taken North Dakota for the Republicans. Several networks are now officially projecting that the Republicans will retain a majority in the Senate – and possibly even increase it.
The House of Representatives looks set to go into Democratic hands with a series of wins in suburban districts across the country.
A Democrat-controlled House would allow the party to set the legislative agenda as well as holding the power to call hearings and demand investigations.
That would put Trump's domestic agenda on the floor and probably lead to a greater focus on foreign policy, as well as lead to probes into his administration and personal affairs – potentially even leading to an impeachment attempt.
Updated at 11:17 BJT (22:17 EST)
White House Press Secretary Sarah Sanders has just told CNBC that President Trump has no regrets about focusing on immigration on the campaign trail.
"The president is happy and thinks he's had a great night, particularly when it comes to the Senate," she said.
Updated at 11:12 BJT (22:12 EST)
Fox News has called the House of Representatives for the Democrats. AP is projecting several further Democratic pickups in the House as they target 218 seats to win a majority in the chamber.
Network projections indicate the Democrats have flipped the governor's mansion in Kansas, with Laura Kelly defeating Donald Trump's handpicked candidate Kris Kobach. Trump won the state by 20 points in 2016.
Updated at 10:39 BJT (21:39 EST)
The Republicans have flipped Indiana's Senate seat. According to network projections, Republican Mike Braun has defeated incumbent Democrat Joe Donnelly. That result is further evidence that the Senate is likely to remain under Republican control. 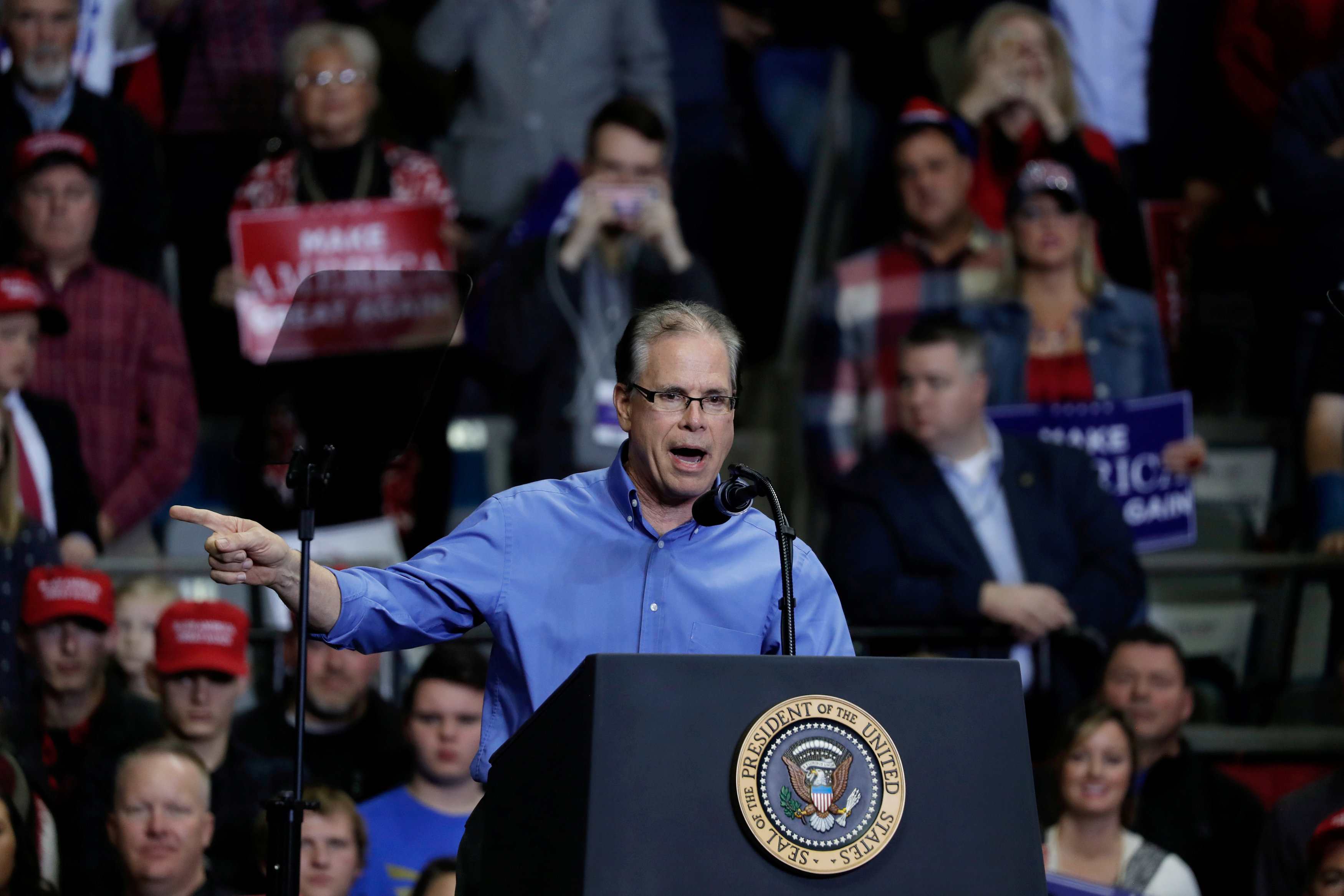 Early results suggest a "blue wave" is unlikely to take place, with many races running tighter than the polls predicted.
Updated at 10:23 BJT (21:23 EST)
The Democrats have kept control of 12 Senate seats so far, AP projects, and failed to take a Republican seat in Tennessee they were hopeful of flipping. That result makes it even more unlikely that the Democrats can win the Senate.
In Florida, Republican Rick Scott is leading incumbent Democrat Bill Nelson narrowly with 87 percent reporting. In West Virginia, Democrat Joe Manchin is projected to keep his Senate seat despite a number of campaign visits to the state by Trump.
The Democrats have so far gained three of the 23 seats they need to take control of the House of Representatives.
The governor's race in Guam, the US island territory in the Western Pacific, has been won by Democrat Lou Leon Guerrero – flipping the office from Republican hands.
Updated at 09:47 BJT (20:47 EST)
The Democrats have flipped a second House seat in Florida, and there's intrigue in Texas where Democrat Beto O'Rourke – the party's new star – is leading incumbent Republican Ted Cruz in a race for Senate in the deep red state.
Cruz, who welcomed Donald Trump to campaign alongside him despite their tempestuous relationship, is currently performing well in the rural areas but trailing in suburban areas. A loss for Cruz and win for O'Rourke would be one of the headline results of the night. 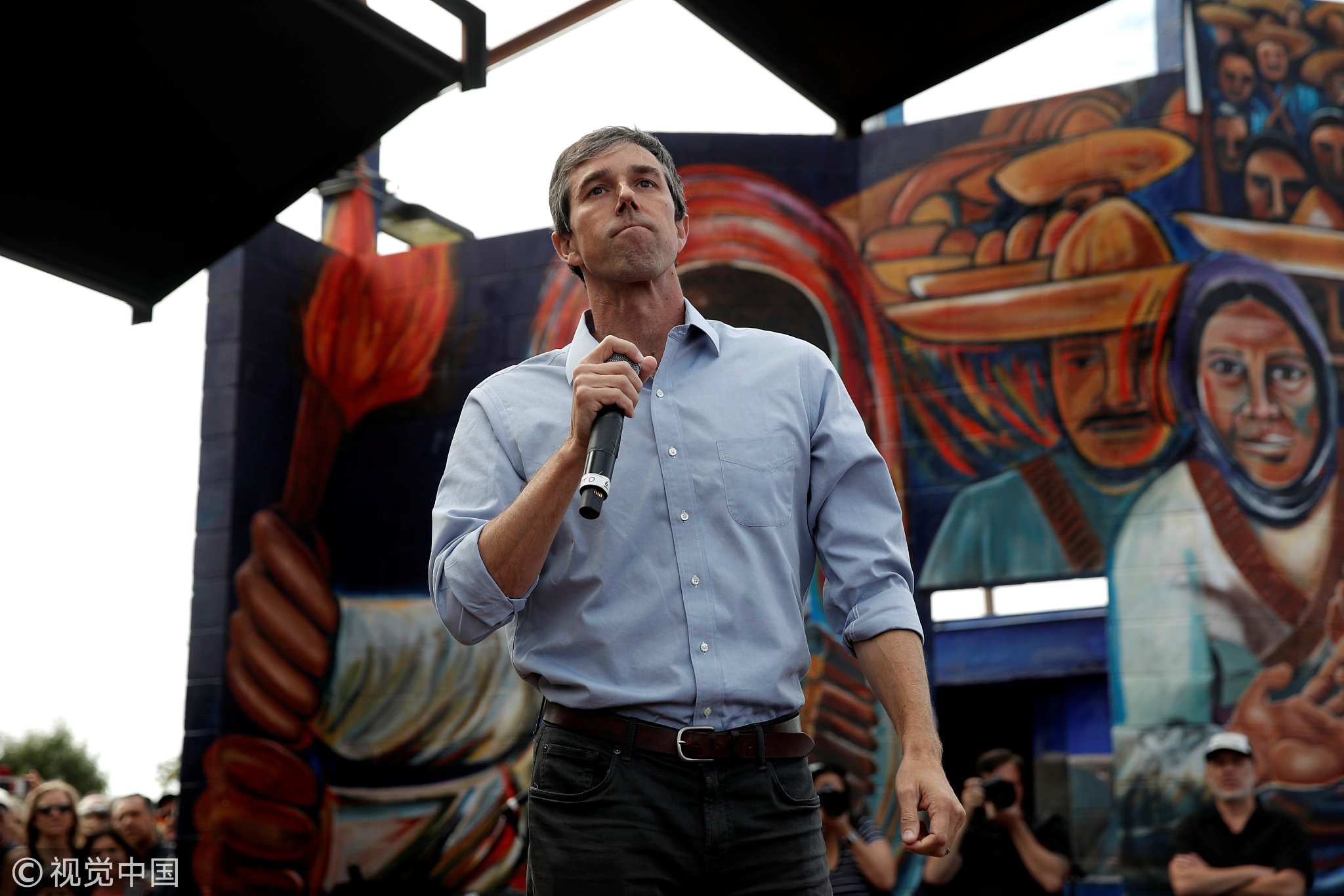 Updated at 09:25 BJT (20:25 EST)
Much attention has been paid to women in this election: the voters, the candidates, the issues. With a record number of women running for office, some are already predicting a "pink wave" to sweep into Congress.
Read more: The 'women's vote': How will it impact US midterms?
02:44 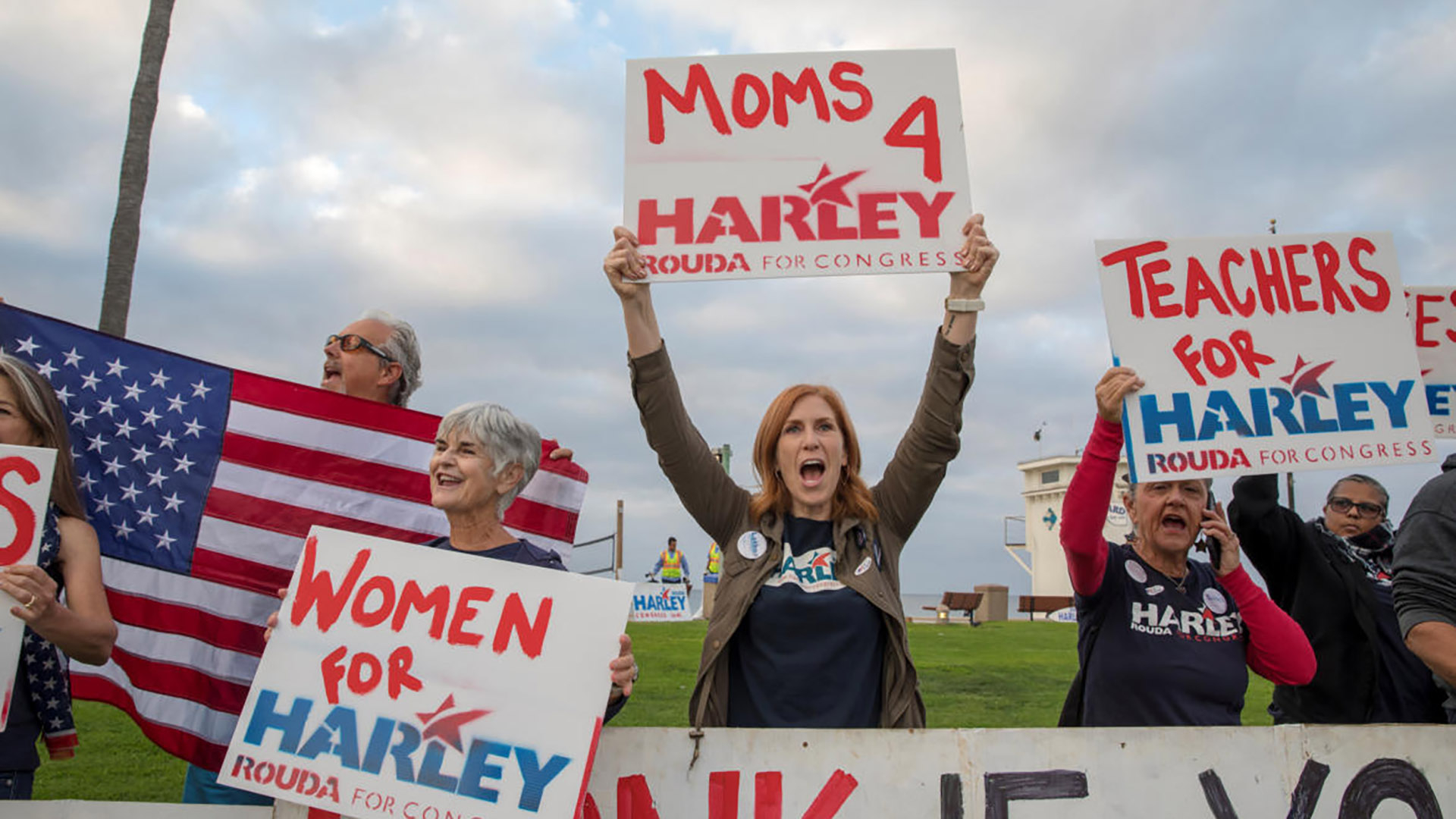 Updated at 09:19 BJT (20:19 EST)
This year's midterms are taking place amid intense divisions in the US. Helped by President Donald Trump, the political gulf between Republicans and Democrats has carried over to other parts of society, impacting how journalists report on the news and even how families get along.
Read more: Will these be the most polarized US midterms ever?
Updated at 09:17 BJT (20:17 EST)
In the high profile Florida gubernatorial race, Democrat Andrew Gillum and Republican Ron DeSantis are neck-and-neck with 83 percent of the vote counted.
Updated at 09:00 BJT (20:00 EST)
The latest AP projection puts the Democrats on 30 Senate seats overall, with seven wins so far tonight, and the Republicans unmoved on 42. Sherrod Brown, Elizabeth Warren, Ben Cardin, Sheldon Whitehouse, Tom Carper, and Chris Murphy are the latest Democrats returning to the Senate.
In the House, where each of the 435 seats is being contested, the Democrats so far have 20 seats to the Republicans' 16.
CGTN's Nathan King has this report from the White House.
14:47 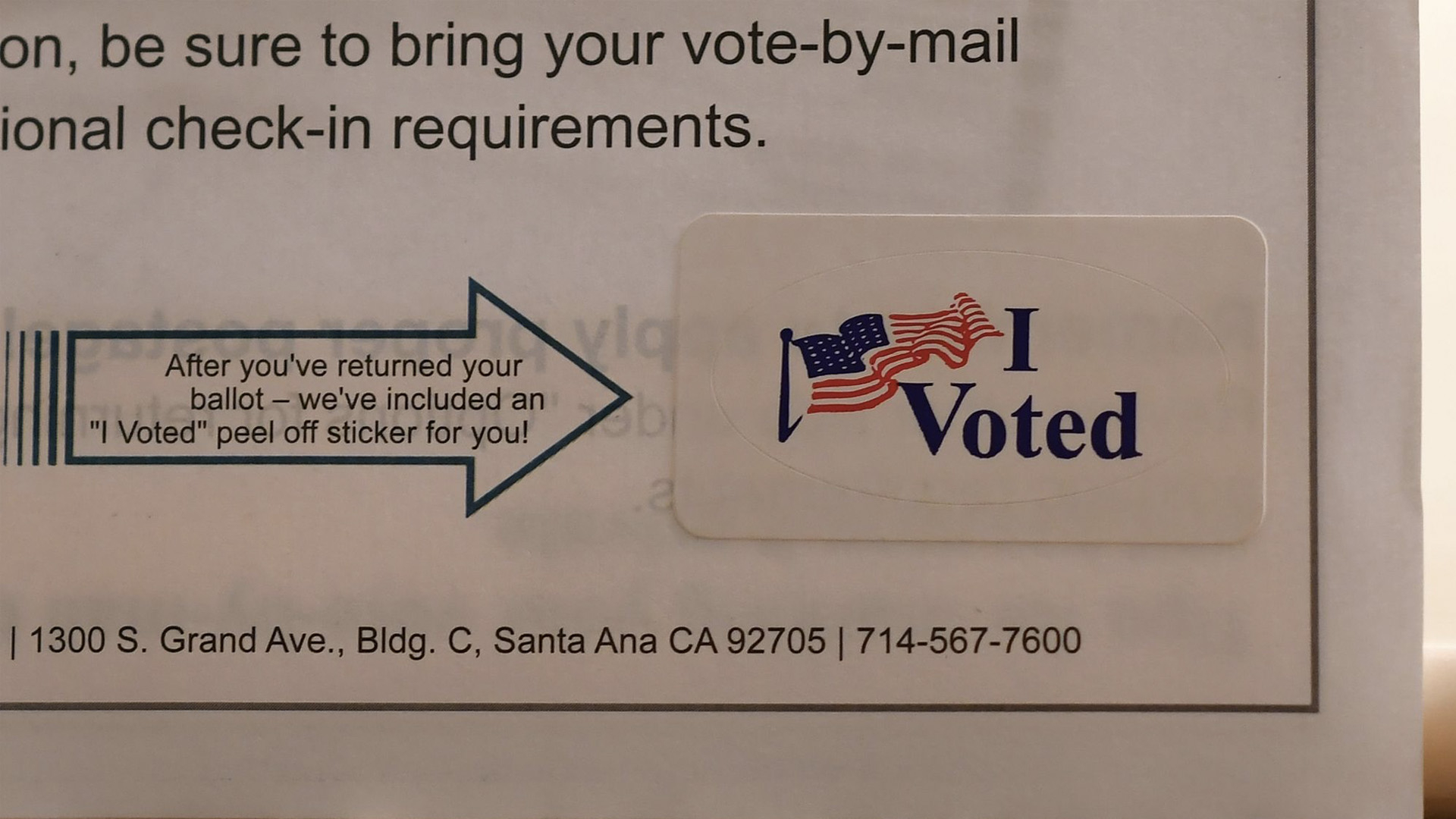 Updated at 08:55 BJT (19:55 EST)
CNN projects that the Democrats have flipped their first House seat, with Jennifer Wexton set to beat Republican Barbara Comstock in northern Virginia. That leaves the Democrats with 22 more seats to swing to take control of the House. 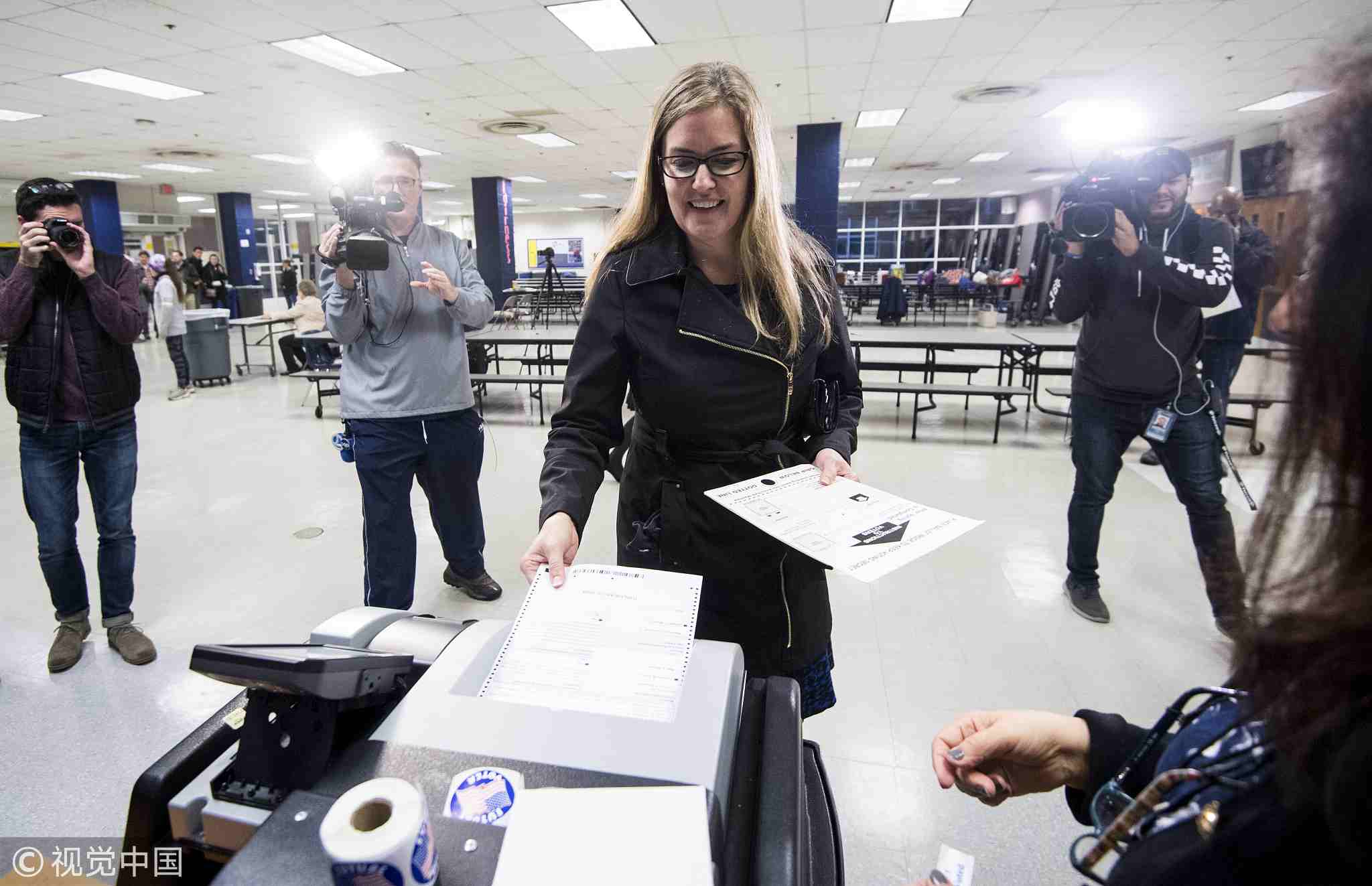 Updated at 08:34 BJT (19:34 EST)
NBC is one of several networks projecting that Virginia Democrat Tim Kaine, the party's vice presidential candidate in 2016, is set to return to the Senate. Bernie Sanders, the Vermont senator who is expected to run for the Democratic nomination in 2020, has also been re-elected.
AP has also declared nine of the 435 House seats for the Republicans and four for the Democrats.
Updated at 08:20 BJT (19:20 EST)
The first Kentucky race has been called. Incumbent Republican Hal Rogers has won his re-election bid.
Mike Pence's older brother Greg Pence will win the vice president's former congressional seat in Indiana, CNN projects.
Nearly two-thirds of voters told CBS News President Trump was a factor in their vote, and a majority do not approve of his job performance.
Updated at 07:53 BJT (18:53 EST)
The final polling indicators before voters went to the polls indicated that the Democrats were favorites to win the House and the Republicans were likely to retain the majority in the Senate.
Read more: State of the Race
However, after predictions proved wrong in 2016, confidence on both sides is cautious at best.
The Democrats need a net gain of 23 seats to win the House and two to take the Senate – but the party is playing defense in most Senate seats, so Republicans would have to have a terrible evening to lose the chamber.
Updated at 07:24 BJT (18:24 EST)
A Votecast survey by the Associated Press, a replacement for the traditional exit poll, indicates that a majority of voters (64 percent) considered President Donald Trump to be a factor in the way they cast their ballots.
The survey shows that healthcare, heavily pushed by the Democrats, was the top election issue for 26 percent of voters followed by immigration (23 percent), the main national campaigning topic from the Republicans, and the economy (19 percent).
Updated at 07:00 BJT (18:00 EST)
Polls have closed in parts of Indiana and Kentucky. 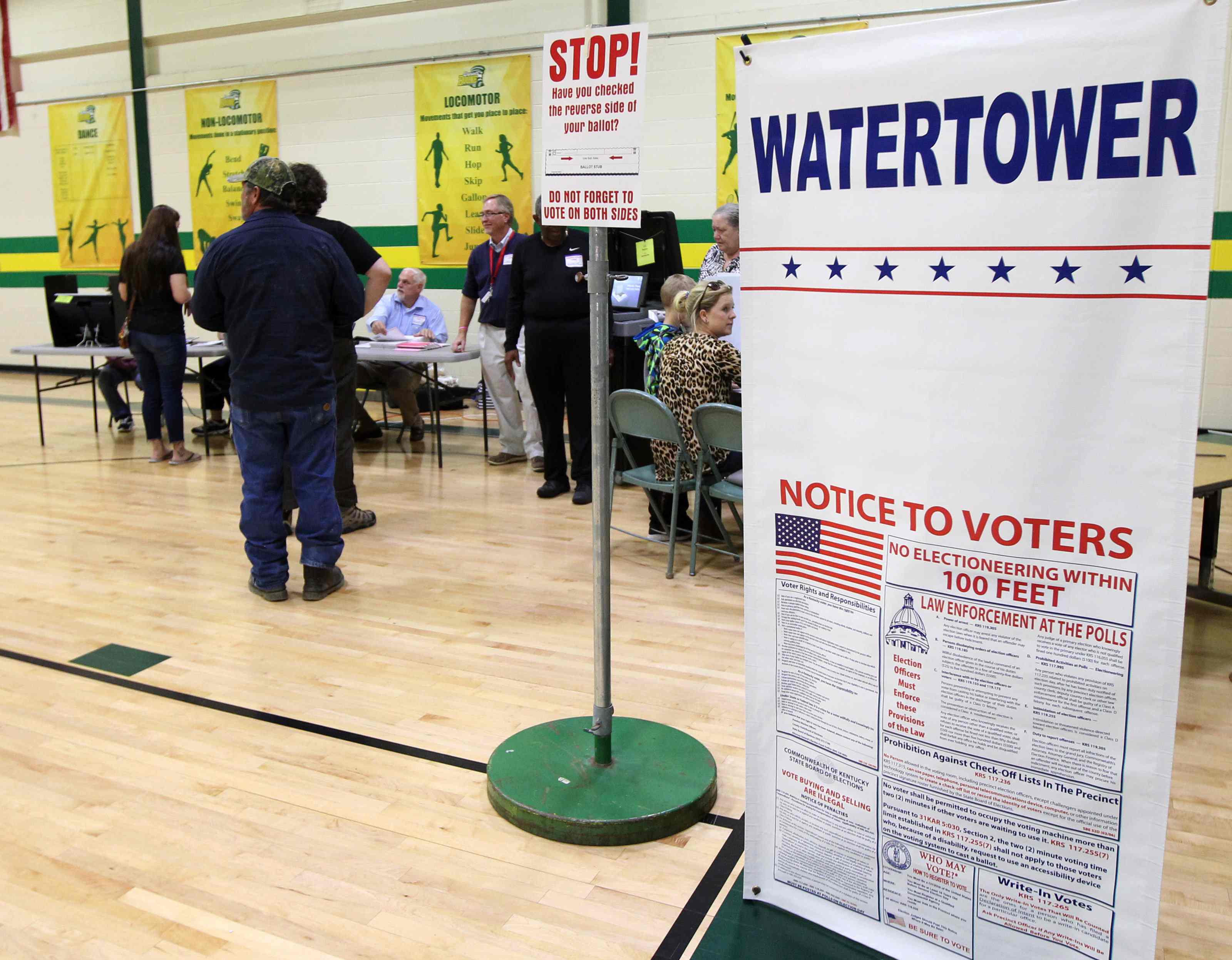 Voters cast in their ballots for the midterm election at Daniel Boone elementary in Richmond, Kentucky, US, November 6, 2018. /Reuters Photo

Voters cast in their ballots for the midterm election at Daniel Boone elementary in Richmond, Kentucky, US, November 6, 2018. /Reuters Photo

Indiana voted heavily for Donald Trump in 2016 and holding on to his Senate seat always looked tough for Democrat Joe Donnelly, who won in 2012 against an error-prone candidate. Donnelly decided to vote against the nomination of Brett Kavanaugh as a Supreme Court justice, potentially alienating undecideds who tend to lean Republican in the state. Taking back Indiana wouldn't be a shock for the Republicans, but it would be a big blow for the Democrats.
US stocks closed higher on Tuesday as investors closely followed the country's midterm elections.
The Dow Jones Industrial Average increased 173.31 points, or 0.68 percent, to 25,635.01. The S&P 500 was up 17.14 points, or 0.63 percent, to 2,755.45. The Nasdaq Composite Index rose 47.11 points, or 0.64 percent, to 7,375.96.
Read more:
US midterm elections: What are they? What to expect?
US midterms 2018: Seven must-watch Senate races
Updated at 7:20 BJT Thursday (18:20 EST Wednesday)   US Democrats have gained 223 seats in the midterm election after securing the mark of 218 majority in the House of Representatives earlier on the day.   The Republicans have now control 199 seats in the House.   In Trump's post-election address following the Republicans defeat in the House of Representatives, Trump said he is ready to work with the Democrats but warned "warlike posture" if the Democrats investigated him.