Amid handshakes and hugs, denuclearization and peace loom over Korean summit
By Shane Hahm 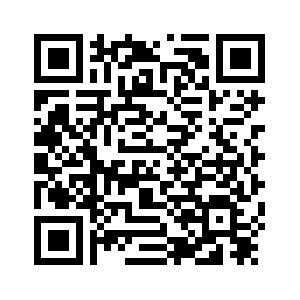 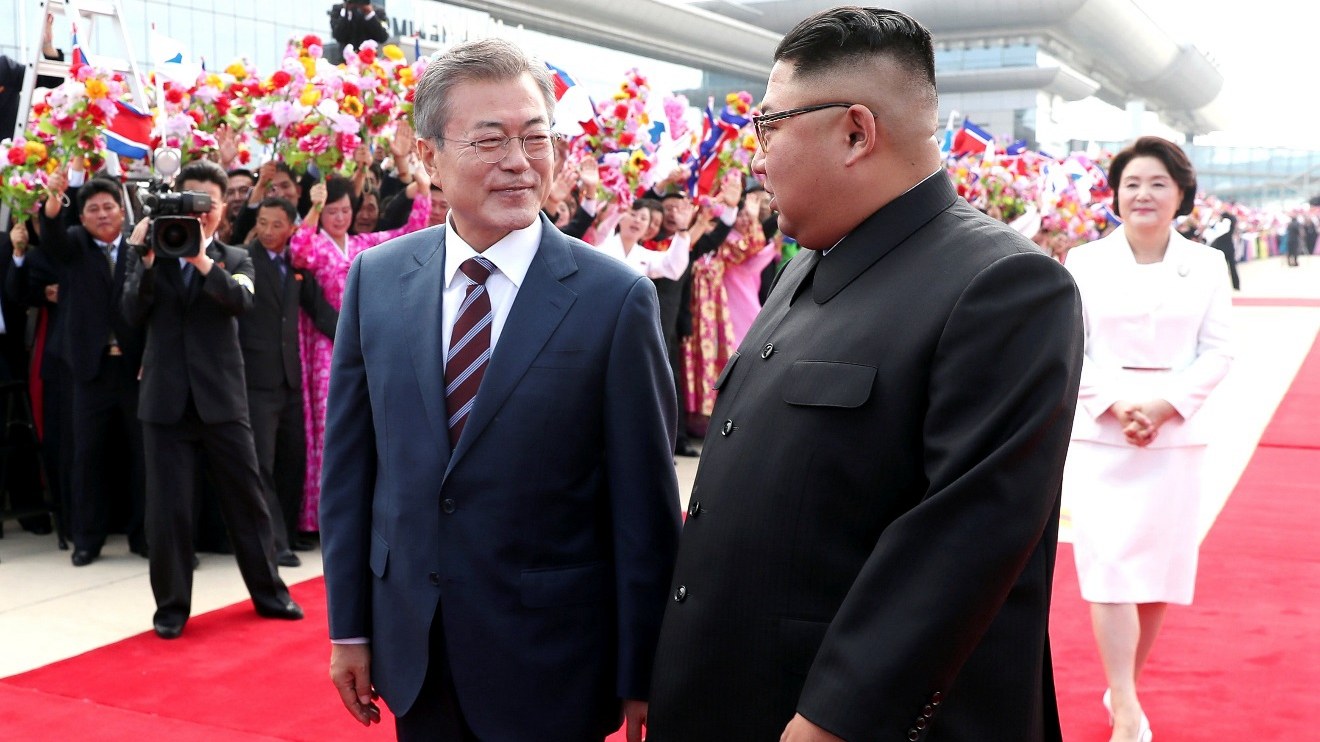 It was a historic embrace when Kim Jong Un, top leader of the Democratic People's Republic of Korea (DPRK) met Republic of Korea (ROK) President Moon Jae-in  on Tuesday, becoming the first ROK leader to step foot on DPRK soil in 11 years.
But all eyes are on whether progress can be made on denuclearizing the Korean Peninsula and marking the end of the Korean War with a peace treaty.
Kim and Moon are meeting for the third time in less than five months.
The ROK leader's jet touched down at Pyongyang Sunan International Airport just before 10 a.m. local time. Dozens of DPRK nationals were seen welcoming the president with flowers and flags in hand. 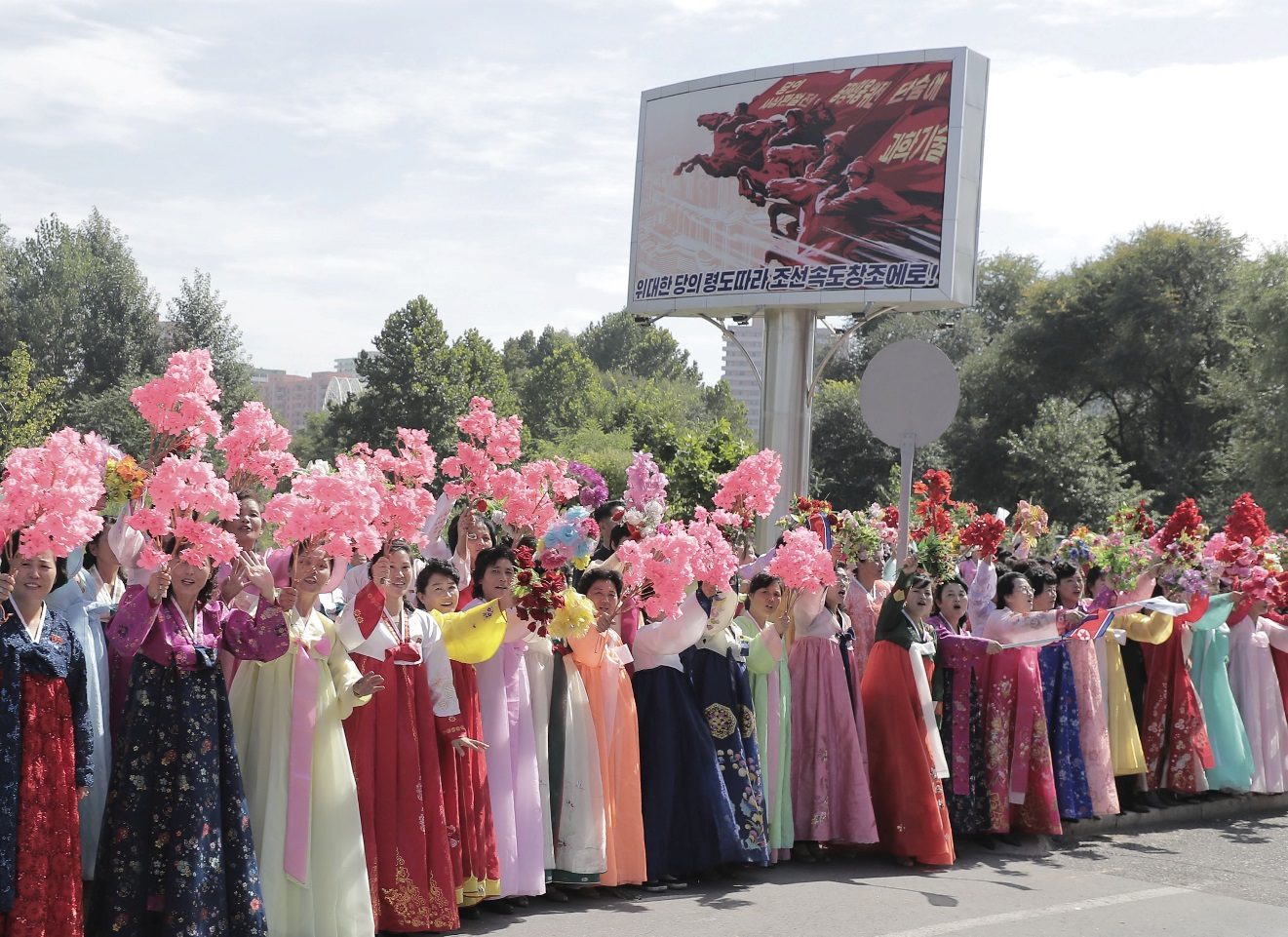 The two leaders then took part in an unannounced car parade through the streets of Pyongyang. They were seen sticking their heads out of the open top of a black sedan waving to people lining the street.
In Seoul, hundreds of journalists watched the historic scene play out at the summit press center, where live televised footage from the DPRK was broadcast across the ROK.
The leaders' first official meeting was held in the afternoon at the DPRK Workers' Party of Korea Central Committee headquarters. President Moon will lodge at the Paekhwawon State Guest House, where previous ROK presidents stayed during visits in 2000 and 2007.
More meetings are scheduled for Wednesday followed by a joint press conference. 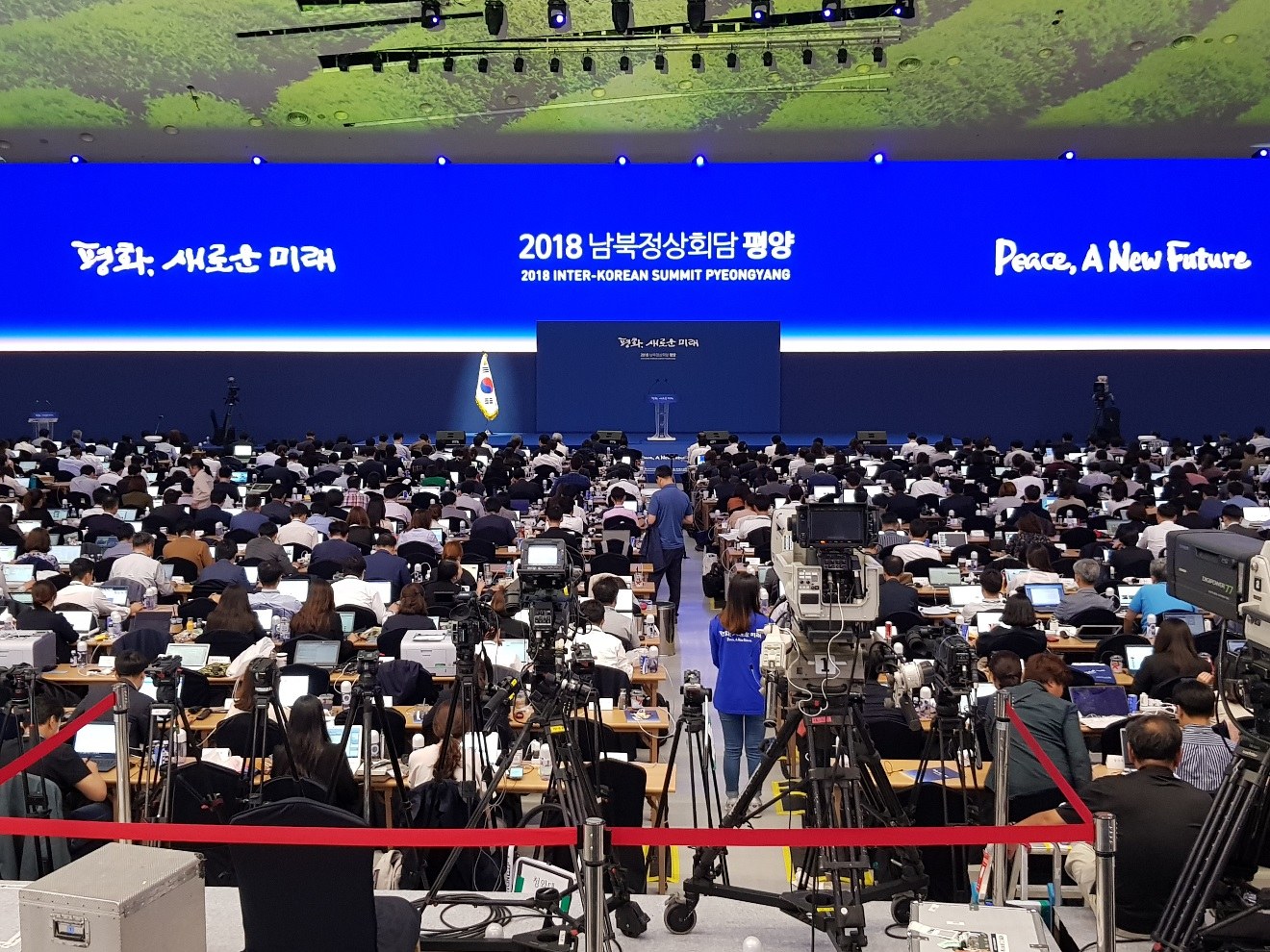 The summit comes as denuclearization efforts have hit a roadblock since Kim's meeting with US President Donald Trump in June, with Trump abruptly canceling a trip to Pyongyang by his Secretary of State Mike Pompeo last month.
Trump has asked Moon to be "chief negotiator," according to Moon's aides, out of frustration over the pace of progress.
"If US-DPRK talks resume following this visit, that would be significant in and of itself," said Moon prior to his trip.
The US wants to see the DPRK take concrete steps and set a timeline toward giving up its nukes. The DPRK, on the other hand, is first asking for security guarantees and formal end to the Korean War.
Since the June Singapore summit, both Washington and Pyongyang have made conciliatory measures – the US suspending joint military exercises with the ROK and the DPRK returning the remains of US service members killed during the Korean War.
Accompanying Moon on his trip are various ROK business leaders, including top representatives from Samsung, Hyundai, LG, and SK. The move is seen as laying the groundwork for possible infrastructure projects with the DPRK. Standing in the way are international economic sanctions currently imposed on Pyongyang.
Moon will return home on Thursday. He is scheduled to attend the UN General Assembly later this month, for a possible sideline meeting with US President Trump to discuss the outcome of this week's summit.
(Cover: ROK President Moon Jae-in (L) and DPRK leader Kim Jong Un attend an official welcome ceremony at Pyongyang Sunan International Airport, September 18, 2018. /Reuters Photo)