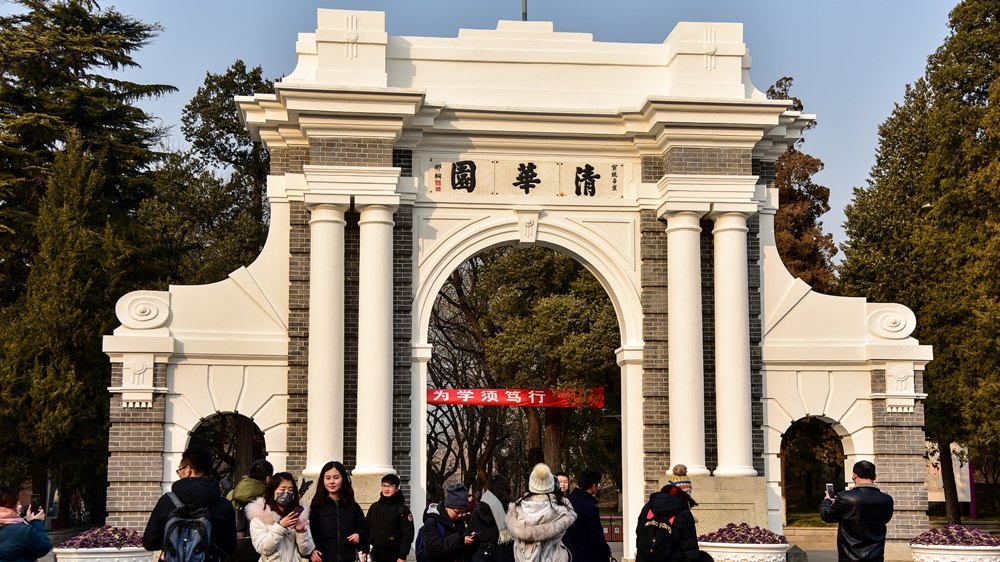 Global university rankings show a direction for the development of China's higher education rather than a mere realization of the gap between top foreign and Chinese universities.
China's prestigious Peking University and Tsinghua University dropped respectively from 54th to 92nd and 65th to 98th in the annual world university rankings published by the Center for World University Ranking (CWUR), headquartered in the United Arab Emirates.
The CWUR has been publishing the list since 2012.
The sharp contrast between the poor ranking and Chinese people's anticipation of the top two universities in the country makes the ranking news an Internet hit in recent days, though the ranking was published in June 2018.
However, it seems unfair, as some Internet users criticized the Chinese universities for having the low rankings, because there was another ranking published at almost the same time that saw a leap forward of the top universities. 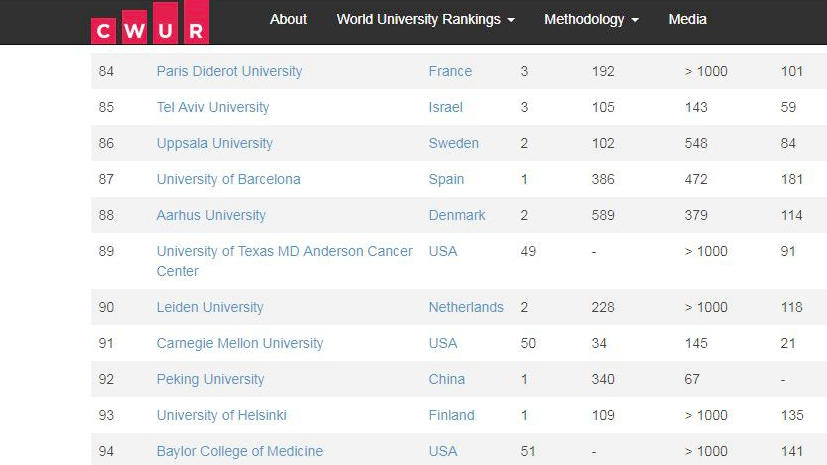 In the annual publication of university rankings by Quacquarelli Symonds (QS), a British company specializing in education, Tsinghua University rose from 25th to 17th, and Peking University from 38th to 30th, and another four Chinese universities listed among top 100 universities.
The stark differences between the two rankings have much to do with the different standards employed.
For example, the CWUR assesses the quality of education, alumni employment, quality of faculty, research output, quality publications, influence and citations, while the QS emphasizes academic reputation, employer reputation, faculty-student, international faculty, international students and citations per faculty.
"Because of the different standards chosen by the university ranking organizations, the same universities have different rankings," said Xiong Bingqi, vice-president of the 21st Century Education Research Institute.
In Xiong's viewpoint, the different standards can be used to find the gaps between Chinese universities and the foreign universities, so that Chinese universities can improve themselves and enjoy better and better reputations worldwide. 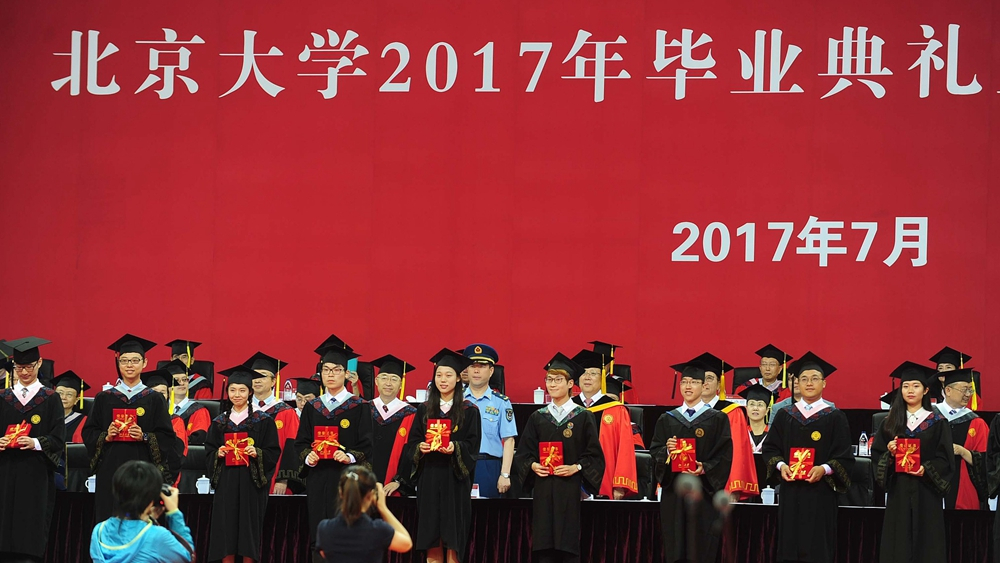 Xiong is not the only one pointing out there is no need to emphasize too much on specific university rankings.
"Different university rankings use different appraisal standards, so it's wrong to simply use a single ranking as an authoritative one," said Peng Chun, an assistant professor at the Law School in Peking University.
Peng noticed that mainstream university ranking organizations nowadays are from the UK and the U.S., which makes their rankings are somewhat unfair for the universities in some other European countries and Asian countries including China.
"So in a certain sense, there is no need for Chinese universities to overtly bother about their rise or decline in the rankings. Instead, Chinese universities have to pay more attention to the problems they are facing and their long-term development," said Peng. 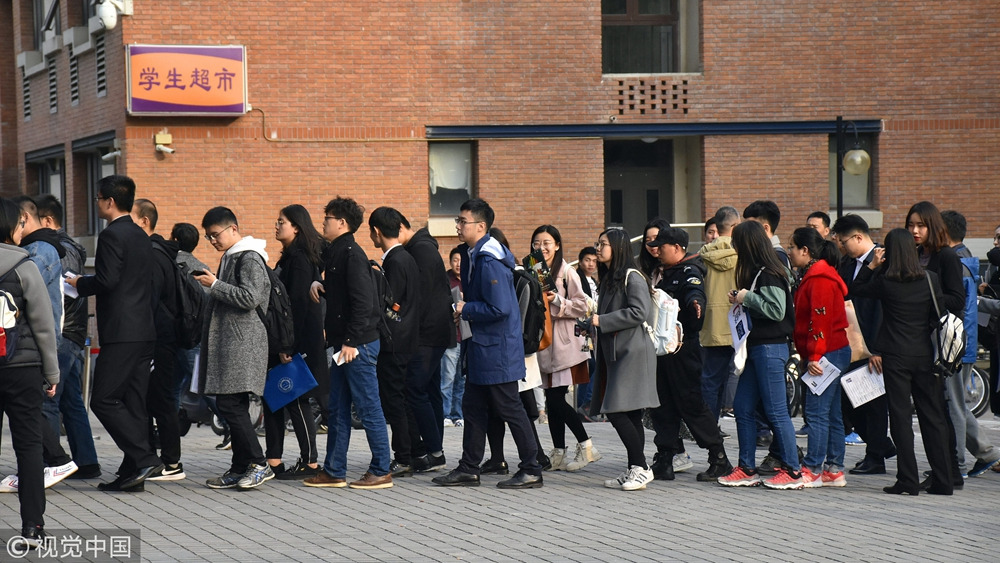 Referring to the standards such as quality of education and publications, Peng said, on the one hand, they show a pursuable direction in the development of the higher education, especially China's higher education, and on the other hand, the two standards have their challenges. For example, the quality of education is somewhat relatively more difficult to evaluate, while the publications might mislead faculty to spend more time publishing papers instead of teaching, which in turn impacts the quality of education.
Xiong expressed the same concerns. "Chinese universities overemphasized the papers or theses, so that many faculties put most of their energy on theses to get promotion," Xiong said.
To eradicate the phenomenon, the Ministry of Education rolled out a series of reform measures on higher education in June. For example, professors have to open courses for undergraduates and the thesis has to give way to the teaching ability in deciding the promotion of each faculty.
Some of the heated discussions on the university rankings show a flattering attitude toward the top-ranked universities. 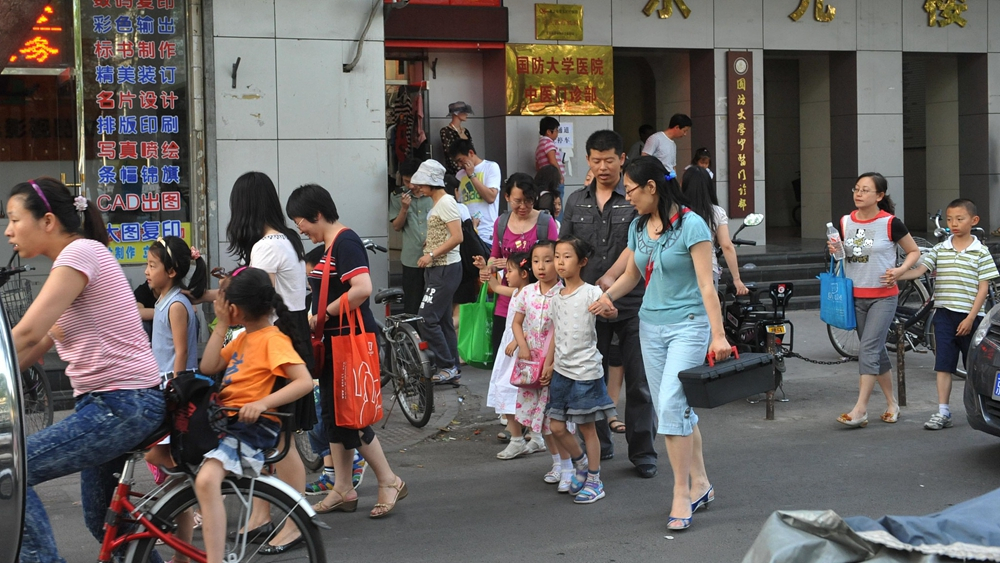 Children and their parents walk out of a cram school in Shijingshan District, Beijing, June 4, 2011. /VCG Photo

Children and their parents walk out of a cram school in Shijingshan District, Beijing, June 4, 2011. /VCG Photo

In Peng's point of view, this blind move reflects Chinese people's anxiety and impetuousness in the fast development era.
This anxious mindset is also becoming increasingly rampant in China's basic education, as the teenagers and their parents flock to cram schools.
However, some of the teenagers admit that their academic performance doesn't improve much. Instead, they feel a heavy curriculum load.
"Learning takes time. Participating in extra-curricular lessons with an aim of an immediate improvement undoubtedly doesn't conform to the essence of education highlighting time and patience," said Peng.