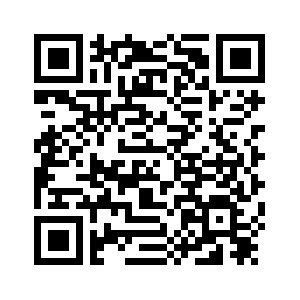 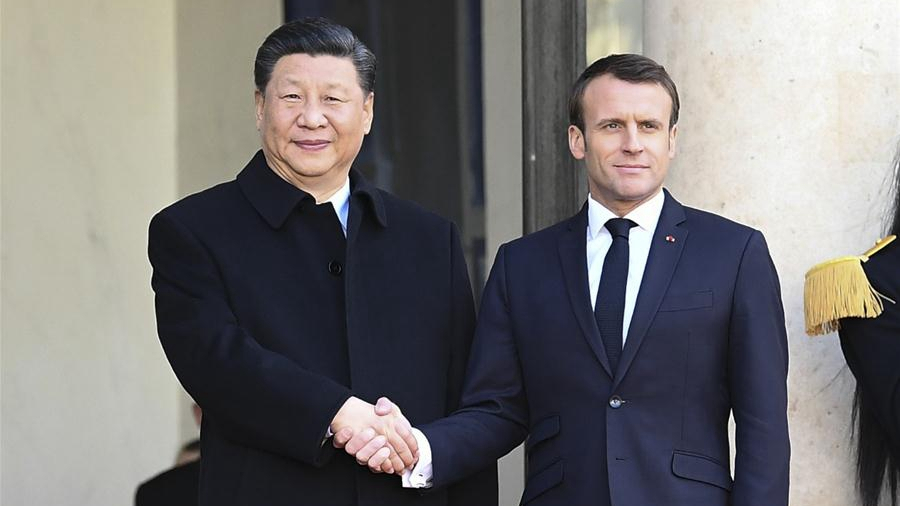 Chinese President Xi Jinping and his French counterpart, Emmanuel Macron, on Monday agreed to carry forward high-level ties between the two countries and forge a more solid, stable and vibrant China-France comprehensive strategic partnership on a new starting point in history.
The consensus was reached during talks between Xi and Macron at the Elysee Palace in Paris.
Xi said that great changes have taken place in the international situation, but China-France relations have always kept developing on a high level and in a sound and stable way. Since Macron took office, bilateral ties have reached a new high in less than two years, with many new outcomes achieved. 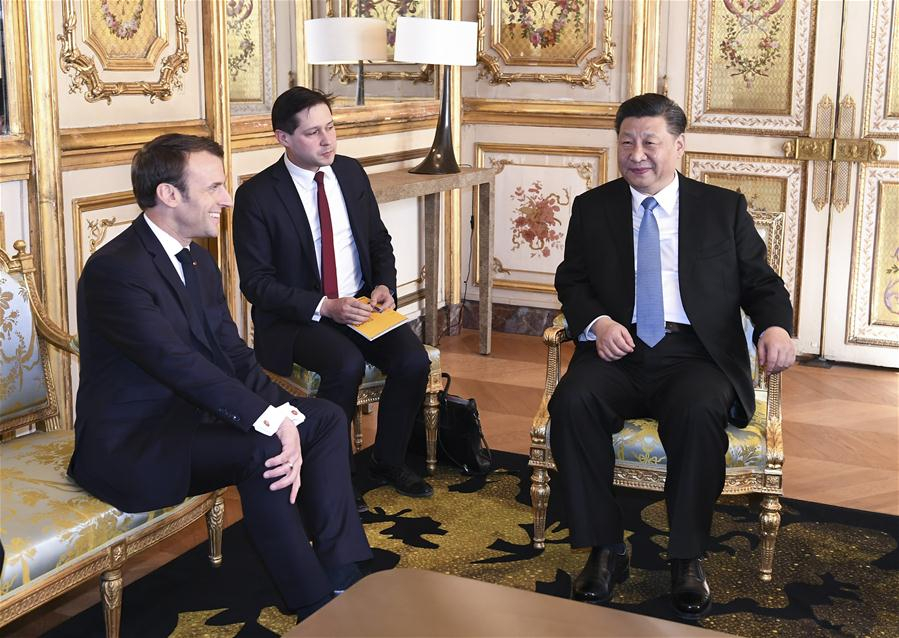 This year is of special commemorative significance, as it marks the 55th anniversary of the establishment of China-France diplomatic ties, the 100th anniversary of the Chinese Work-Study Movement in France, and also the 70th anniversary of the founding of the People's Republic of China, Xi said.
"Knowing the past can help people judge today and move on better."
The world is undergoing major changes rarely seen in this past century and humanity stands at a crossroads, and for China, France and Europe, they also come to a critical stage of development, the Chinese president said.
"China is willing to work with France to inherit the past and create the future, enable our close and enduring comprehensive strategic partnership to continue leading the way, and make more historic contributions to building an open, inclusive, clean and beautiful world that enjoys lasting peace, universal security and common prosperity," Xi said. 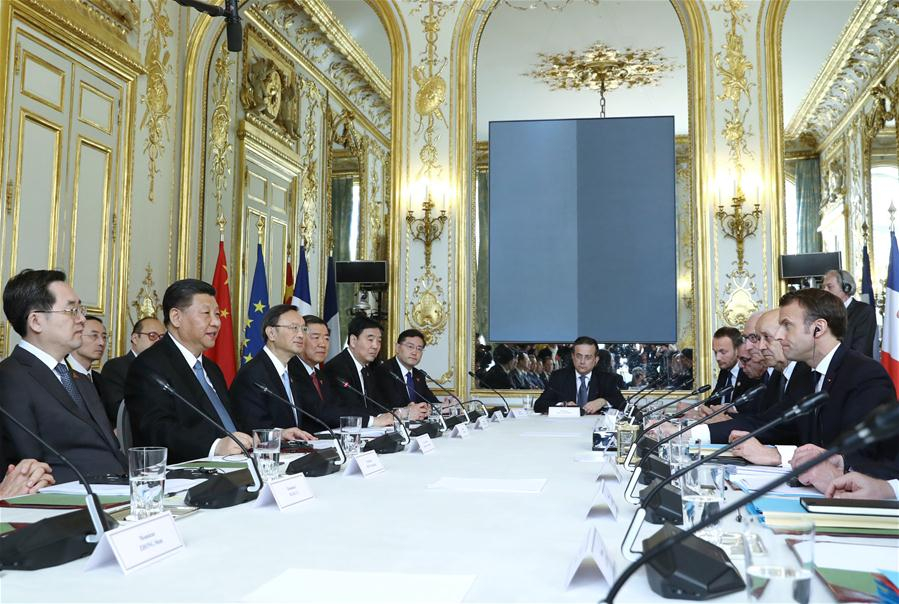 The French president said he is full of confidence in the future of France-China relations and is willing to strengthen cooperation with China in fields such as aviation, aerospace, nuclear energy, agriculture, finance, scientific research, automobile manufacturing, and elderly care services.
He also noted that France supports exchanges and cooperation in education, culture, sports, tourism and military defense.
France highly values China's important leading role in multilateral agendas such as climate change and peacekeeping, Macron stressed, adding there are many common ideas in international affairs between France and China.
He hailed the close communication and coordination between the two countries and said France is willing to promote the continuous development of EU-China cooperation and strengthen EU's strategy with the China-proposed Belt and Road Initiative.
02:19 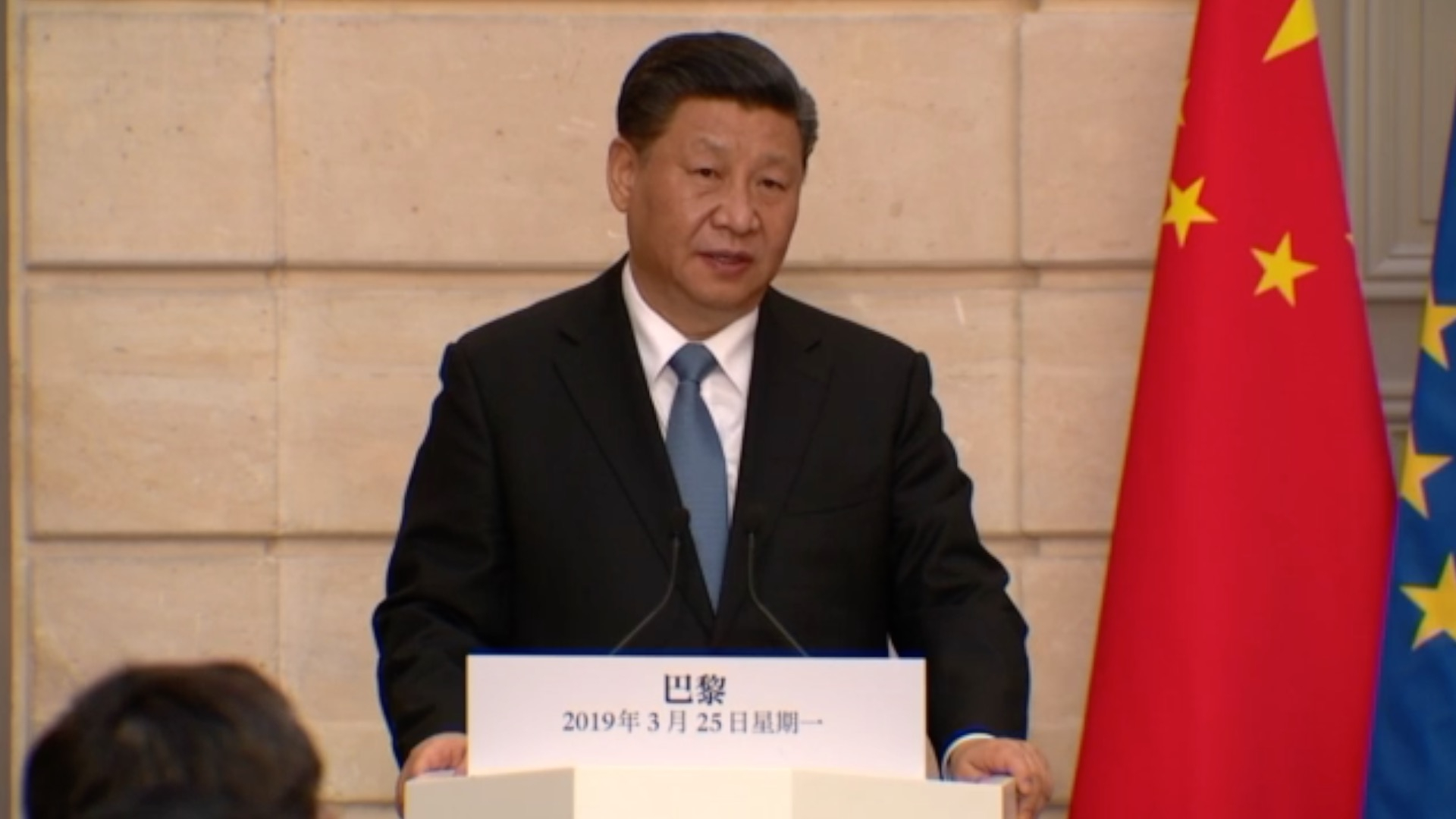 After the talks, the two leaders witnessed the exchange of bilateral cooperation documents and met the press.
"Europe is a major pole in our multi-polar world, and it is one of China's most important partners," Xi said at the press. "This is why I chose Europe for my first foreign visit of 2019."
China attaches great importance to its friendship with Europe, Xi also said, adding a united and prosperous Europe is in line with a vision of a multipolar world.
The French president told the press that China has agreed to lift an embargo on French poultry. "I thank the (Chinese) president (Xi Jinping) for his help in this sector, which is important for both our countries," Macron said.
According to Macron, France signed 15 business contracts with China worth billions of euros on Monday, including a 300-plane order with Airbus and a one-billion-euro contract for EDF to build an offshore wind farm in China. The two countries also struck an agreement to lift an embargo on French poultry exports.
Earlier in the day, Macron held a grand welcome ceremony for the Chinese president at the Arc de Triomphe.
(With input from agencies)