The crayfish season in China is approaching
Geng Siyuan 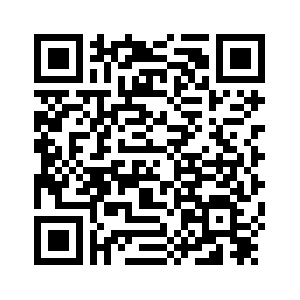 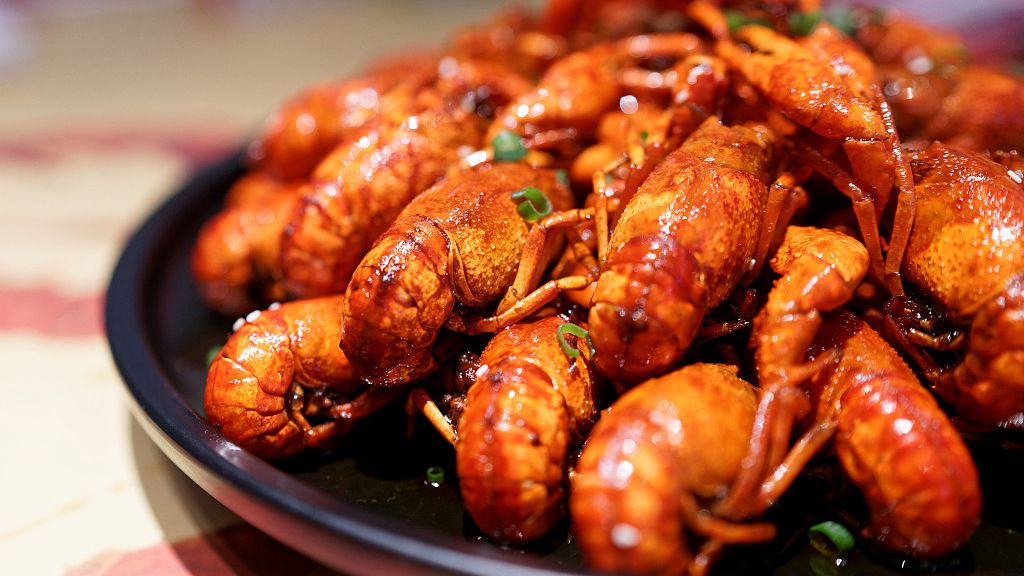 According to the China Fisheries Association, mass quantities of crayfish will hit the market around March 15. Last year in China, annual production reached 1.3 trillion tons, and that's expected to rise this year.
Crayfish is popular in China, be it in the form of instant food in supermarkets or restaurants dishes. You can order it with your phone app any time of the year. But right now, newly bred crayfish are about to take over the market again.

Crayfish are eaten all over the world. Only a small portion of these freshwater crustaceans is edible, namely, mainly the tail portion. Meat from the claw may be eaten as well. 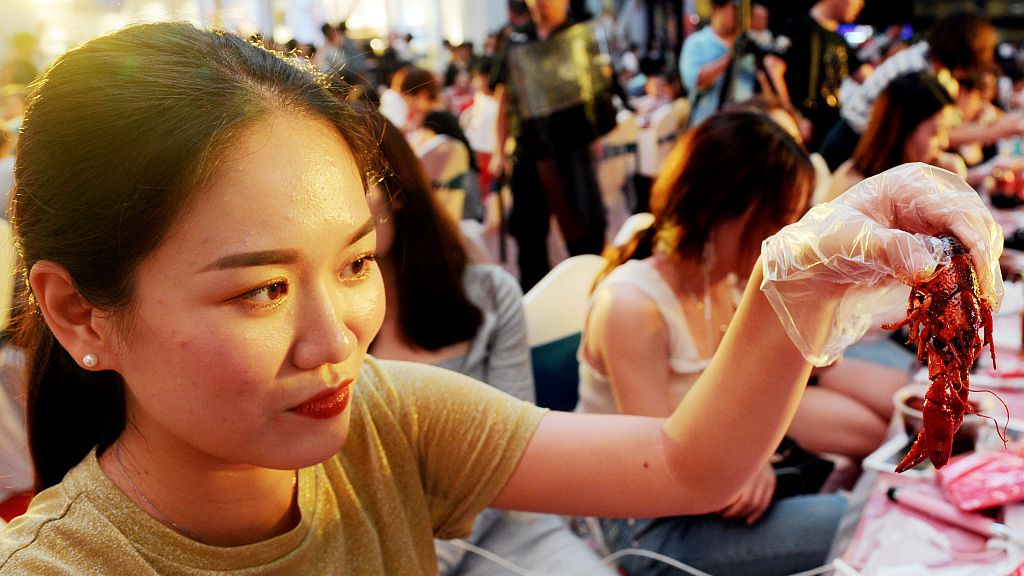 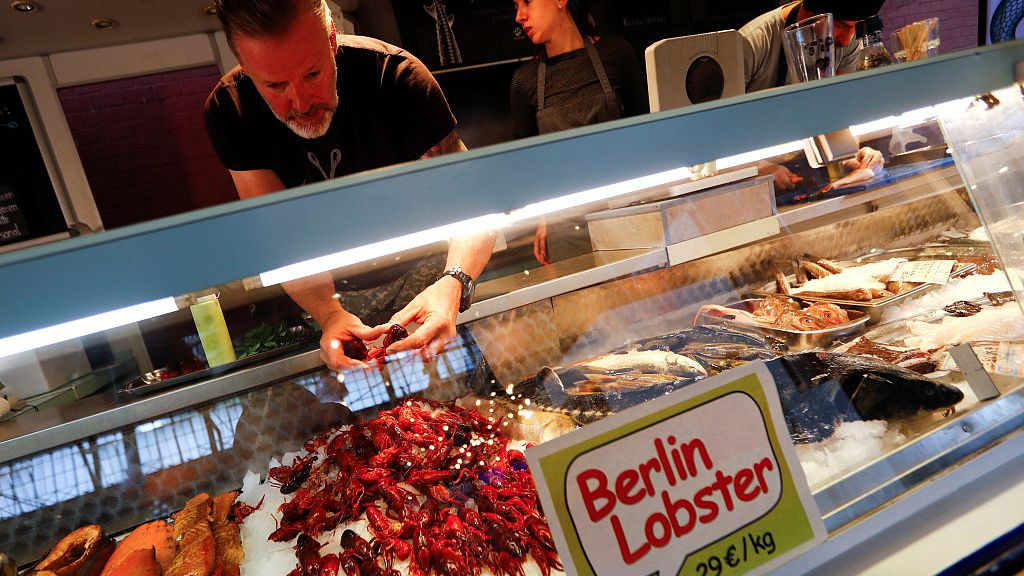 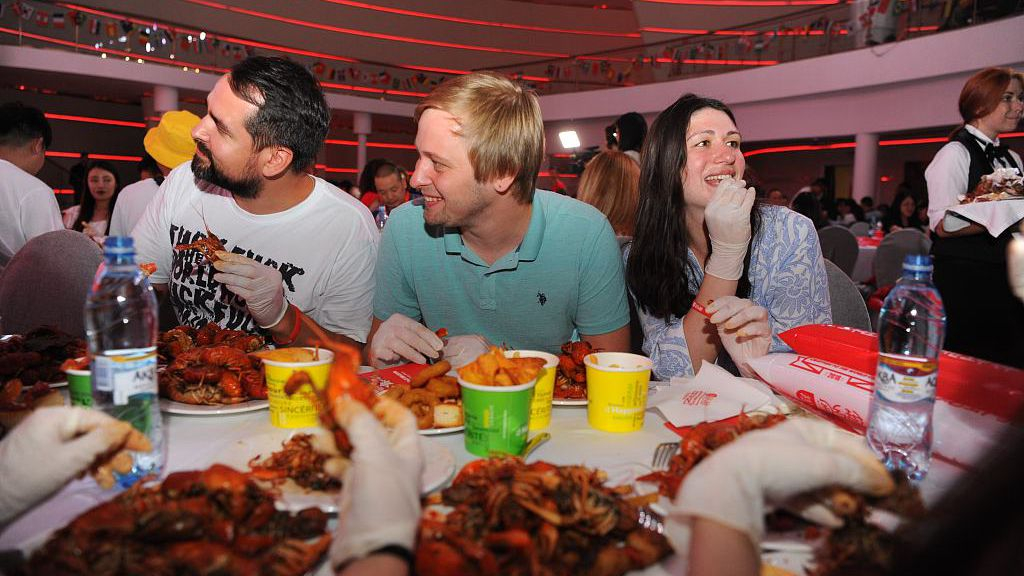 Crayfish business is widely embraced in China because it boosts the aquaculture economy without taking up excessive space. The mode of breeding crayfish in between paddy fields is called rice-fish farming. It makes good use of land, resources, equipment and infrastructure already being used for rice production. This mode originated in China, but before crayfish, rice farmers used to breed other freshwater fish. Somehow, the new species adapt better to this environment. Local governments in Hubei, Jiangsu, and Jiangxi provinces support it. They either have vast freshwaters fit for crayfish breeding or are major rice farming centers themselves. 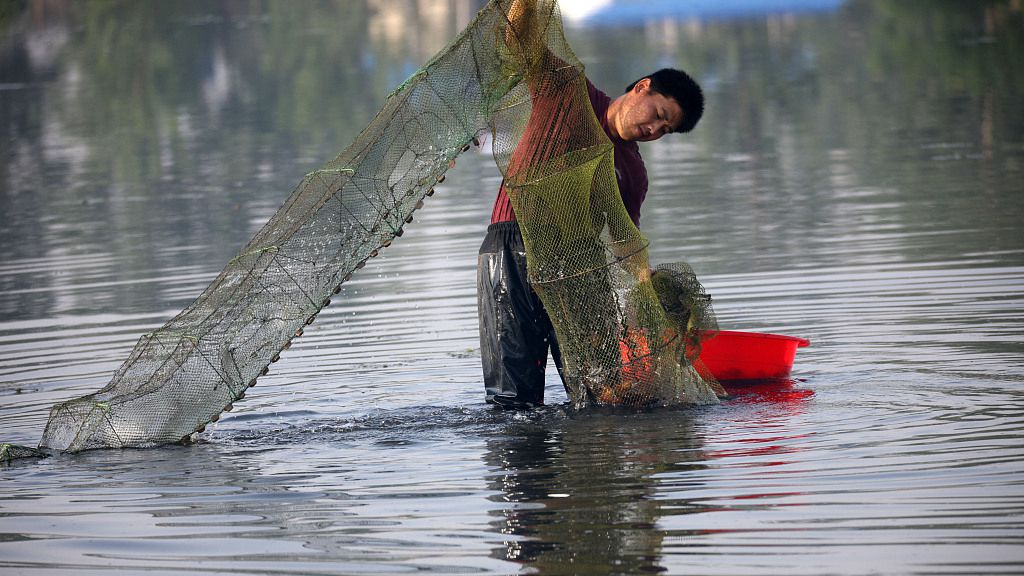 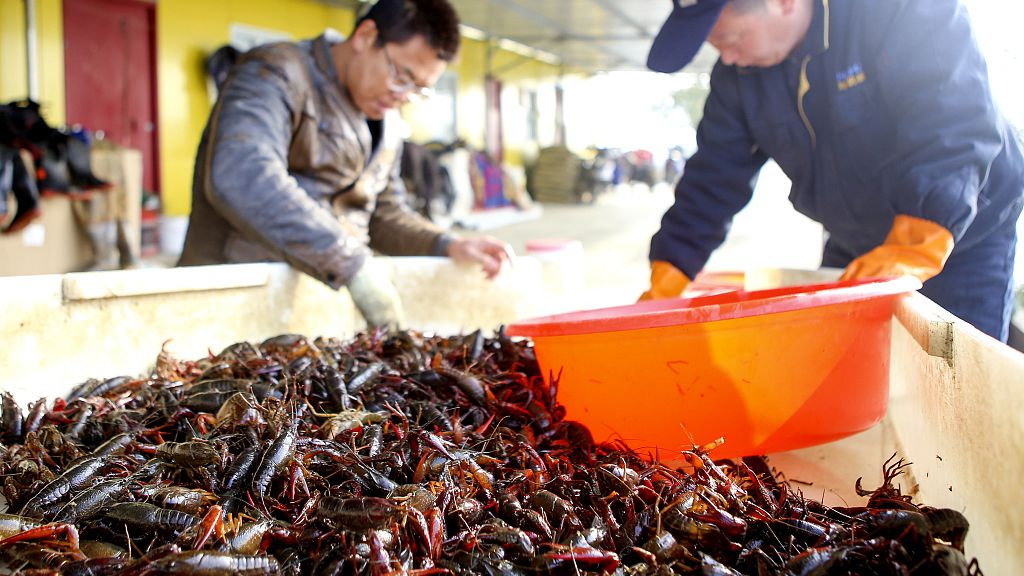 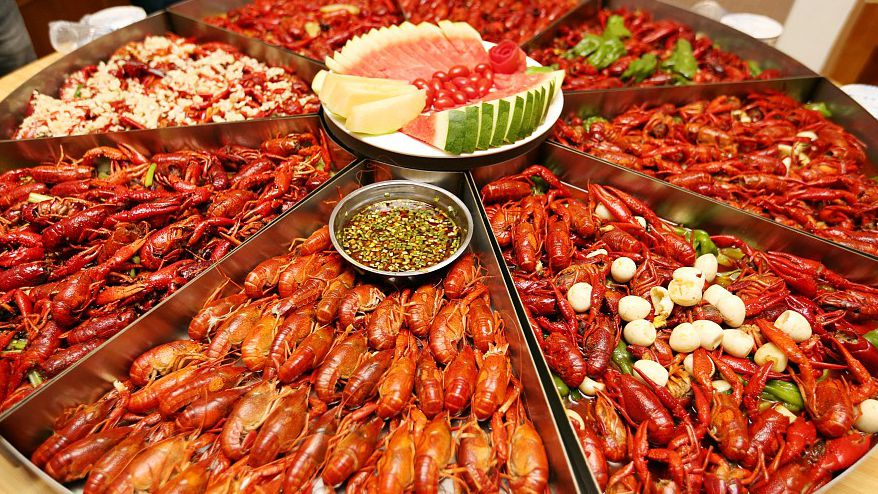 A Chinese platter of crayfish in multiple flavors. /VCG Photo

A Chinese platter of crayfish in multiple flavors. /VCG Photo

Professional crayfish tasting has become an emerging profession with an annual salary of 300,000 (about 44,632 U.S. dollars) to 600,000 yuan ( about 89,264 U.S. dollars). A professional taster can eat an average of 2 kg of crayfish a day, sometimes up to 5 kg.
Qu Yunxiao, 26, works as a taster in Hubei's Qianjiang City, the "home base of crayfish" in China. Her job is to crack open and eat crayfish every day. She records the shape, color and taste of each batch of crayfish that comes off the production line. For her, it's normal to eat more than a hundred crayfish every day. But once she gets off work, she doesn't want anymore.
The first thing is to see if the crayfish is perfectly frozen after going through the minus-196-celsius-degree freezing procedure, as it is meant to be shipped to faraway places in the country. Meanwhile, she observes if the crayfish body is intact and that the pliers are kept.
Second, she heats them, smells them and eats them to see if the taste meets the fragrance and spicy standard. 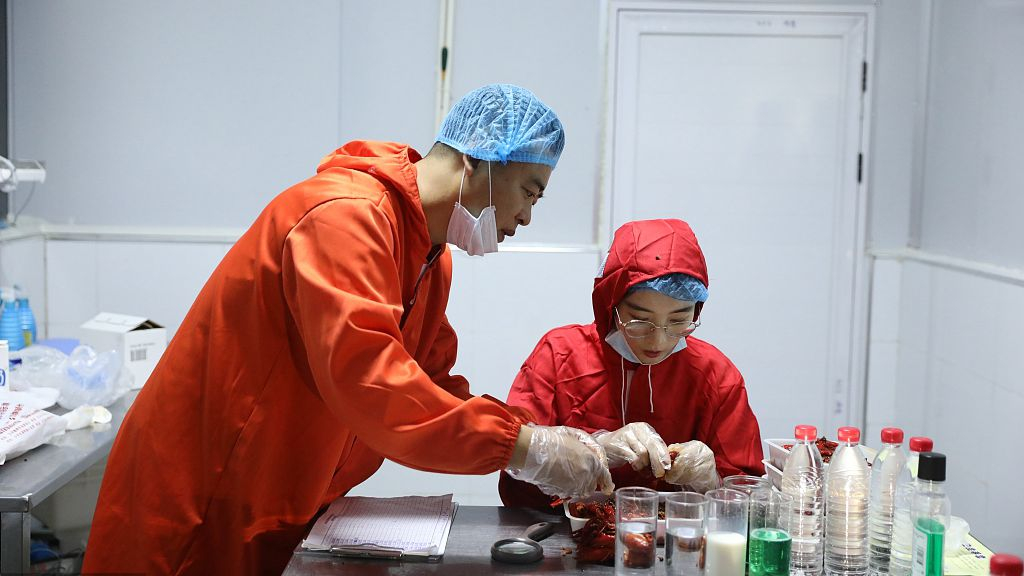 Qu Yunxiao and her colleague in the factory lab. /VCG Photo

Qu Yunxiao and her colleague in the factory lab. /VCG Photo 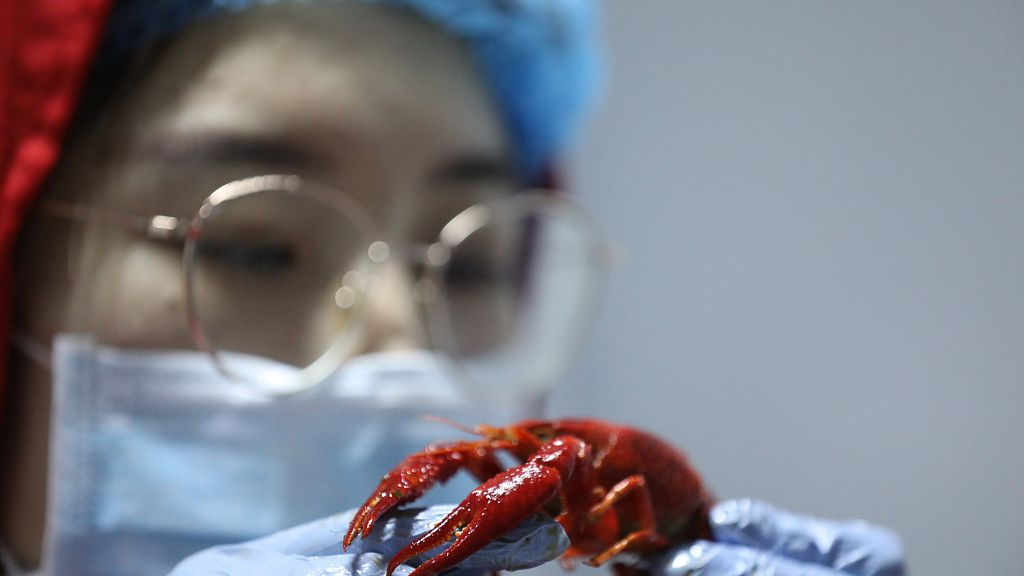 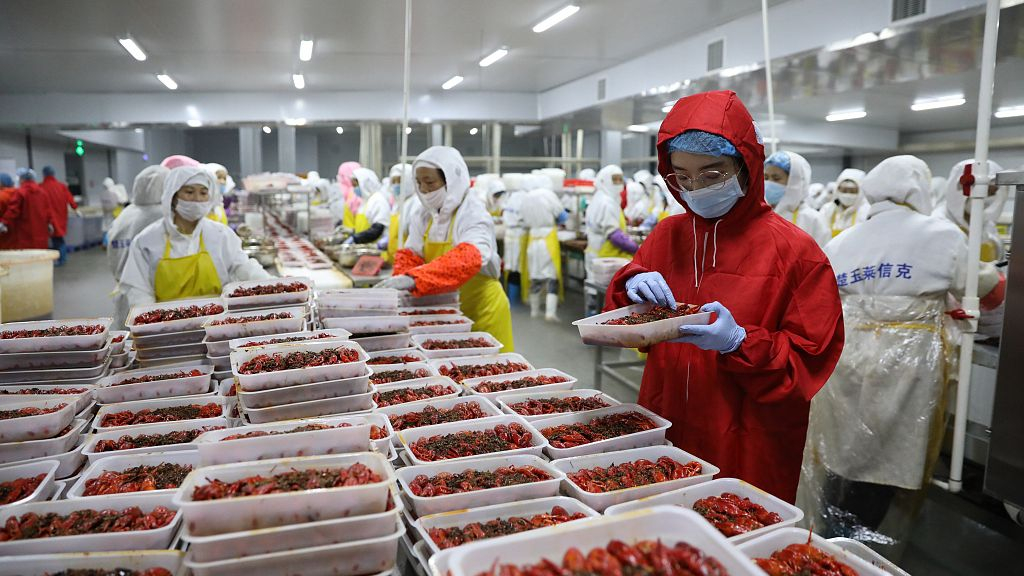 She needs to make sure the crayfish going into the market all meet quality and flavor standards. /VCG Photo

She needs to make sure the crayfish going into the market all meet quality and flavor standards. /VCG Photo 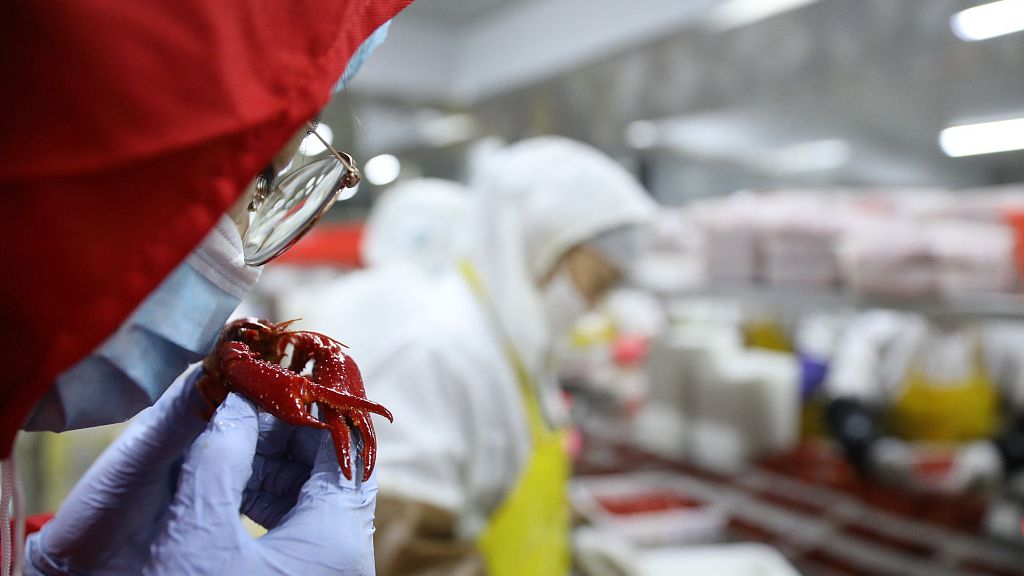 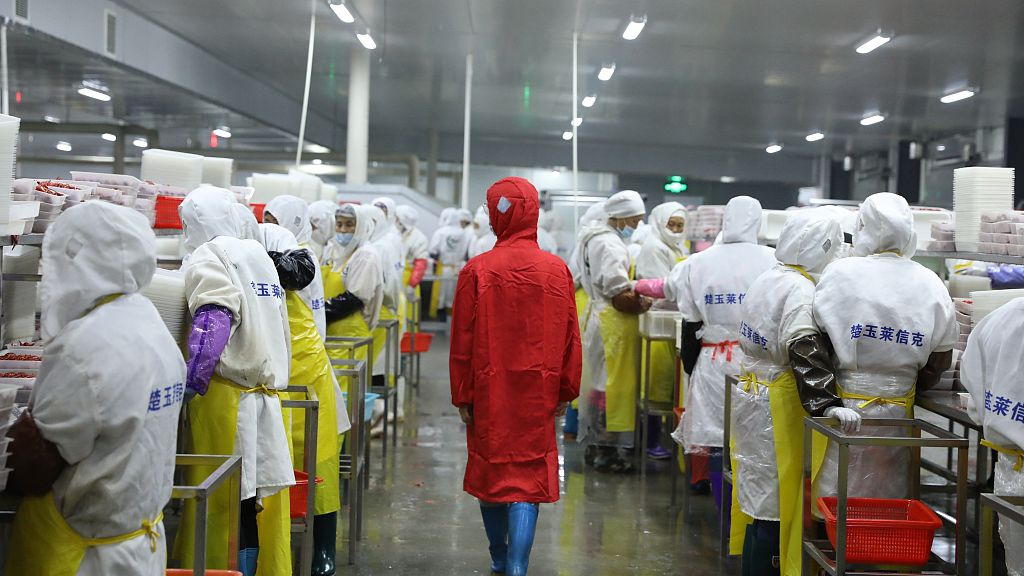 A peek into the factory Qu works at. /VCG Photo

A peek into the factory Qu works at. /VCG Photo 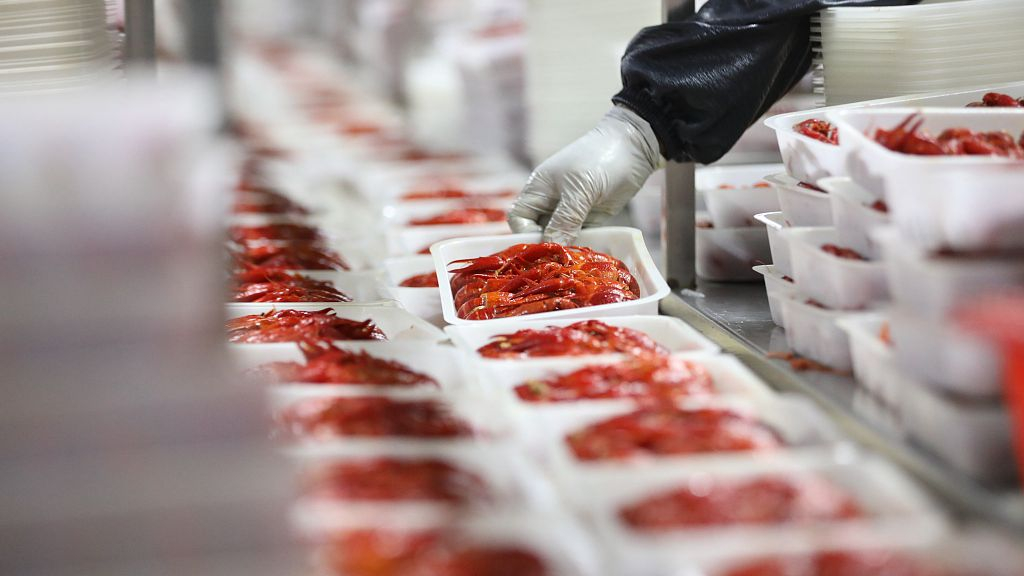 Crayfish that are about to be packed. /VCG Photo

Crayfish that are about to be packed. /VCG Photo 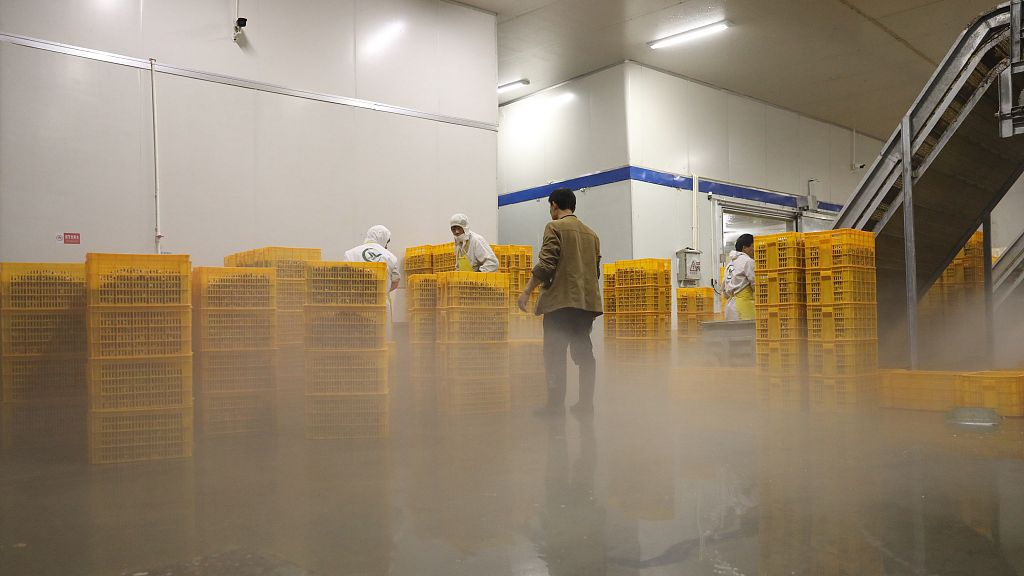 The most difficult element to standardize is the texture of the meat. Qu was only able to accurately specify the ones that failed to reach the standard quality having tasted thousands of crayfish. In order to erase the memory her taste buds have for her last crayfish sample, she has to gargle with milk to reduce the numb feeling of her tongue caused by the spice, and with water, to wash away the salty and other flavors. If she finds one batch not meeting the standard, all crayfish that came off from the same production line are discarded.
A good professional crayfish taster knows all procedures of the production well, and yet it is still difficult to recruit professionals who are competent for this position nationwide.

We recommend two ways of cooking it yourself, one from the state of Louisiana in the U.S., and one from China.

Crayfish are also referred to as crawfish in the U.S. Crawfish farming began in Louisiana State in the 18th century, and people there still highly value this traditional dish. "Louisiana crawfish is one of our most unique- and popular- exports," says one website. "We invite you to meet our farmers and fishermen, and learn a little more about this great-tasting, highly nutritious and sustainable seafood."
I hope I can do justice to people in Louisiana, as I'm about to teach you how to boil crawfish for the party in your backyard, the Cajun style.
Step One: Cleaning. Use a bucket that allows you to leak the water out. Instill water with a pipe for 20 to 30 minutes, and leave the plug open. Stir it every now and then. You will find the water flowing out of the bucket clearer and clearer.
Step Two: Boil water with crayfish boiling sauce and salt in a pot. There are very good products to be found in Louisiana. The ratio is about four and a half pounds boiling sauce to 20 pounds of water. It's a big pot.
Step Three: Prepare chopped potatoes, sausages, corns, and mushrooms. Potatoes go into the pot together with crayfish, sausage the second. Boil them for 5 minutes. Corns and mushrooms go in last after the fire is shut, and everything sits for about fifteen minutes before they are taken out of the pot. The coldness of the last two ingredients cools down the water and prevents the crayfish from being overcooked.

The Chinese style has a few more steps but one requirement is the same: thorough cleaning.
Ingredients you need to prepare are sliced onions, chopped green onions, sliced gingers, hotpot spicy sauce (the counterpart of the crayfish boiling sauce people in Lousiana use), fresh chili, fresh pepper, pepper powder, salt, soy sauce, sugar, oil, and crayfish.
Heat the oil first, and put the crayfish it. The frying time depends on how big the fire is. But when you find the tails start to curl, that's when you need to take them out. And lose the oil.
Put new oil, the two onions, and ginger in. After two minutes, keep the onion-flavored oil, and lose all the used vegetables.
Now, in come the chili, pepper, hotpot sauce, and beer to create the soup that later boils the crayfish. Add some water if the flavor is too strong for you. 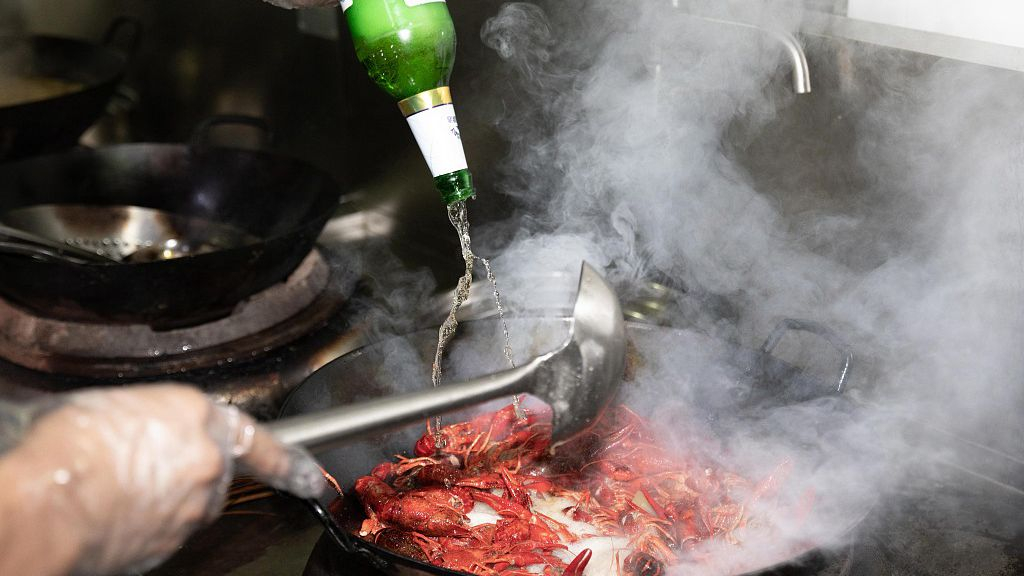 Don't forget to use the beer, which brings out the freshness of crayfish. /VCG Photo

Don't forget to use the beer, which brings out the freshness of crayfish. /VCG Photo

Once the crayfish go in, turn down the fire, and boil them with a bit of salt, soy sauce, sugar, and pepper powder. Simmer for ten minutes. As it's boiling, you can thicken the soup with the mixture of cornstarch and water. It helps lock in the flavor of the crayfish.
Much of the soup evaporates. Turn up the fire for some final stir-and-fry. And it's done.