Opinion: Resistance from within the White House
John Gong 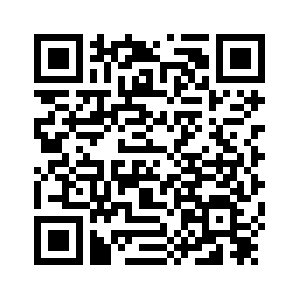 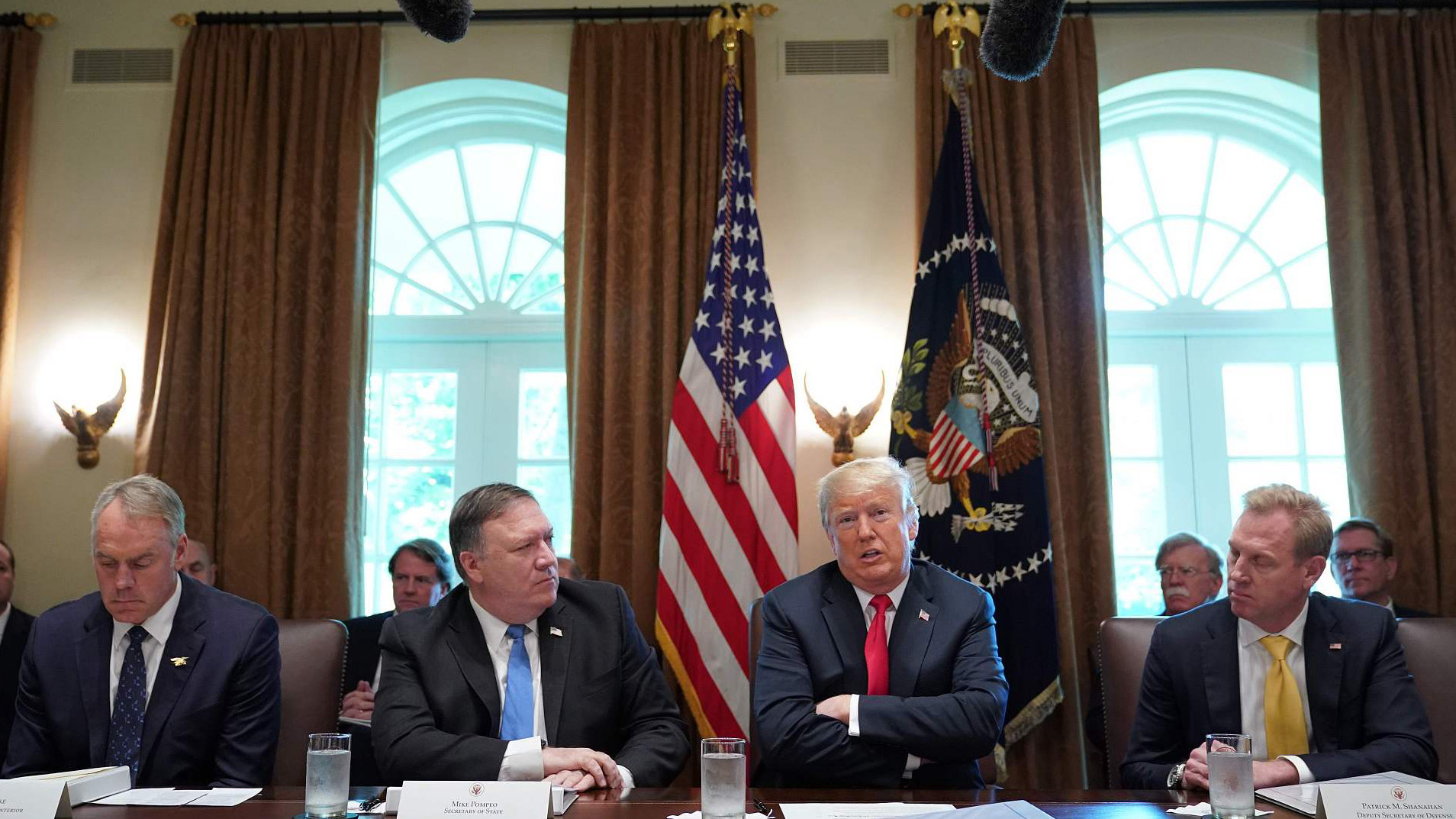 Editor's note: Dr John Gong is a research fellow at the Charhar Institute and a professor at the University of International Business and Economics of China.
US President Donald Trump often labels the Mueller investigation into his presidential campaign connection to Russia as a "witch hunt". Now he is starting a witch hunt of his own.
The anonymous New York Times op-ed by allegedly a "senior official in the Trump administration" touts a resistance movement "in and around the White House", "working diligently from within to frustrate parts of his agenda" and thwart "Mr Trump's more misguided impulses until he is out of office."
Trump reportedly wants the Justice Department to hunt that person down, although the head of the Justice Department, attorney general Jeff Sessions, himself is also high on the list of suspects, being ridiculed and berated many times over by the president for recusing from the Russian investigation. 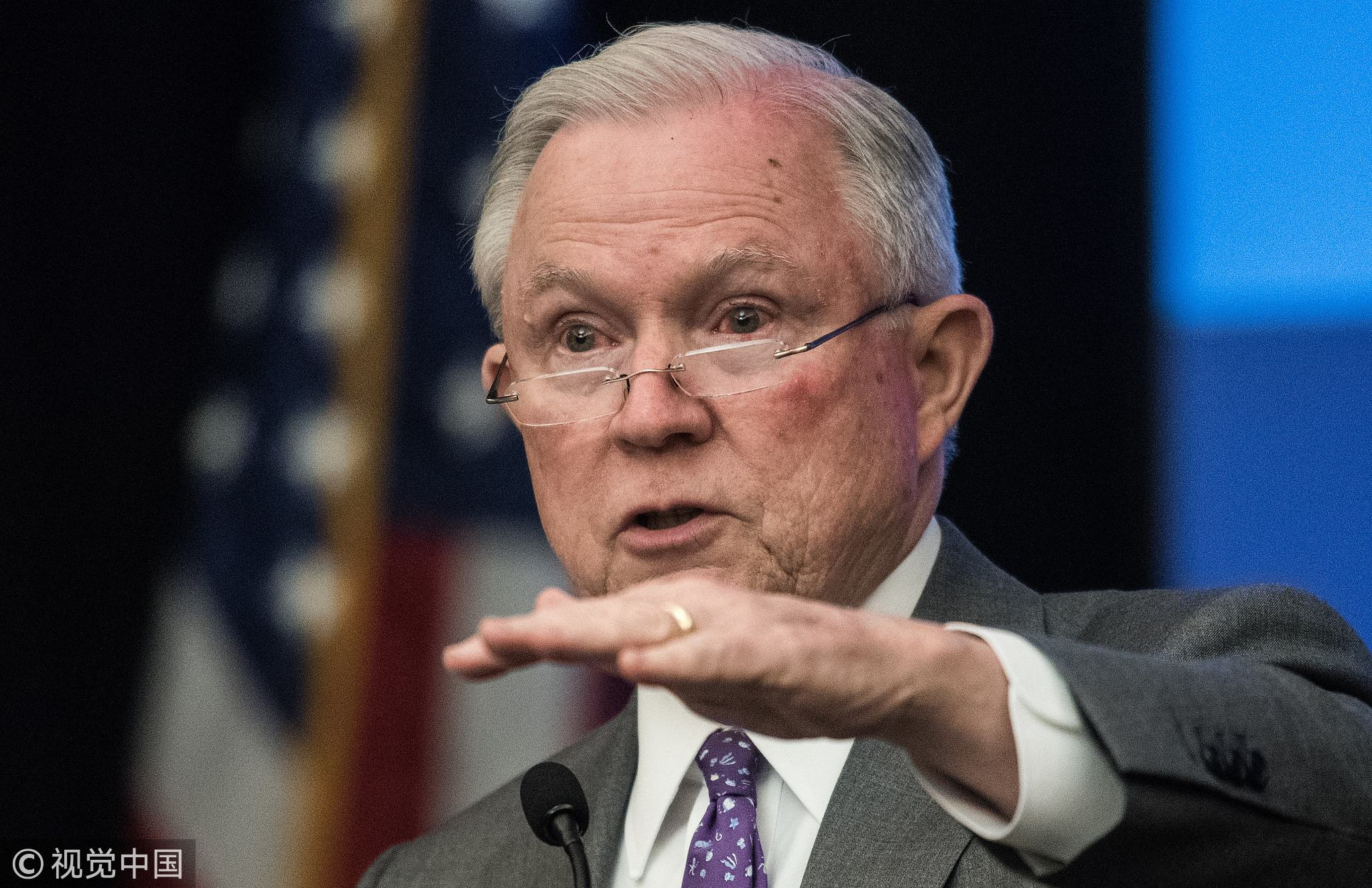 There are some interesting issues to explore. The first question is whether it is a true piece from a true senior White House official, or a concocted one by the New York Times opinion editorial team?
In my opinion, the answer is a resounding yes, it must be true. No matter how many times Trump calls the New York Times failing, and how often he uses the phrase "these very dishonest people" to describe journalists, the New York Times is not going to fail. It is not going to put its 167-year history on the line.
It may be biased sometimes. It may have spin, may have equivocated, or it even may have failed to report the whole truth, but I have faith that it is not going to outright make up things, especially when it comes to US domestic politics. The downside cost is too high to justify the marginal upside benefit. 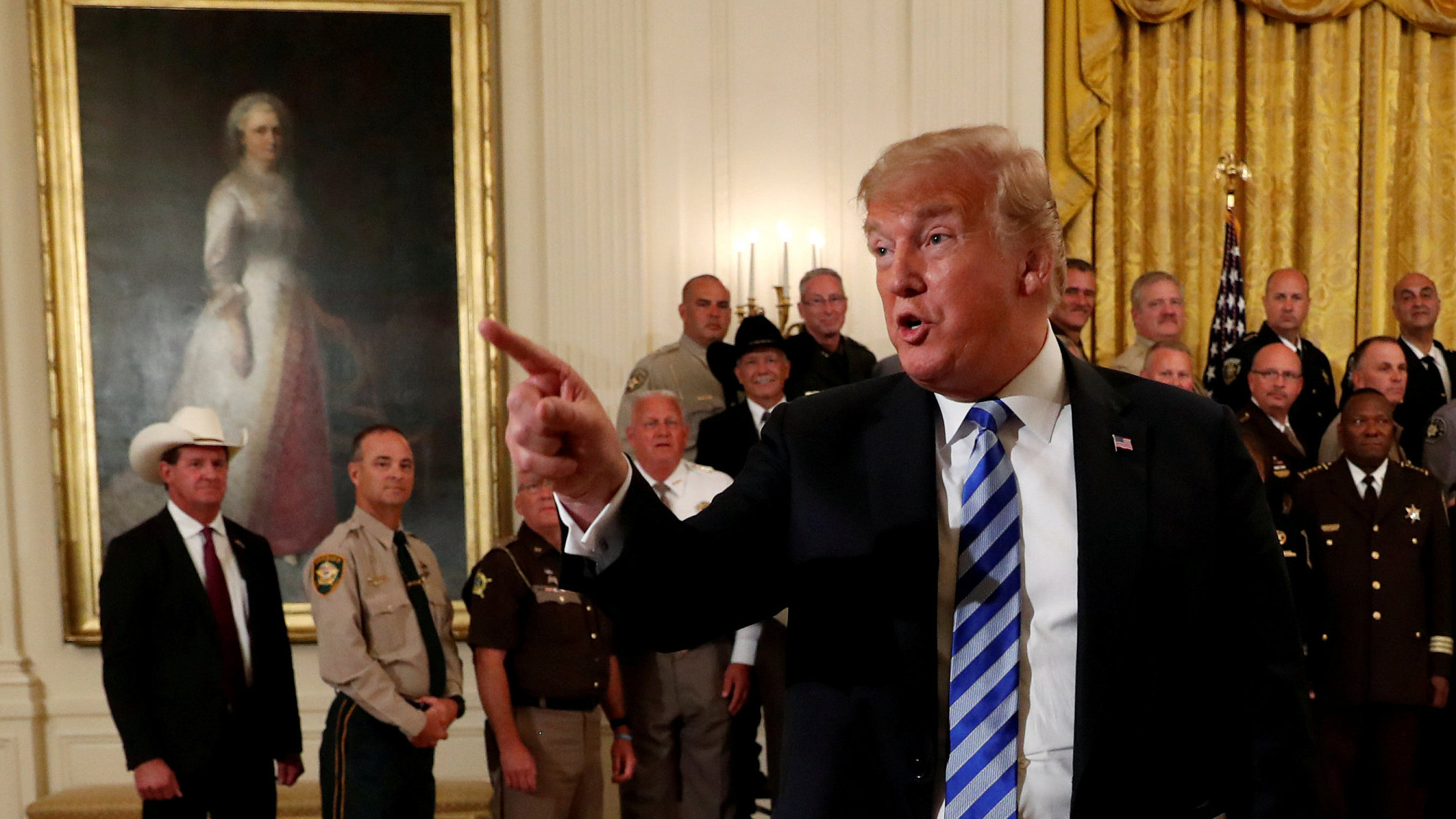 Donald Trump speaks during a meeting with sheriffs from across the country at the White House, on September 5, 2018. /VCG Photo.

Donald Trump speaks during a meeting with sheriffs from across the country at the White House, on September 5, 2018. /VCG Photo.

Second, is this author a "gutless" coward as Trump angrily groaned, or an "unsung hero" as the author declares in the article? There have been several articles fired from the Republican camp to condemn this author and other members of the resistance movement within the administration.
The argument centers on the political appointees' allegiance obligation to the US Constitution.
For example, Marc Thiessen wrote in the Washington Post: "The Constitution vests executive power in the president, not 'senior officials.' Any authority these appointees have comes from the president, at whose pleasure they serve. For an unelected appointee to hide documents or refuse to carry out the lawful orders of the elected president is not noble. It is not patriotic. It is an assault on democracy."
It is true that the Constitution vests executive power in the president, but what happens when the president abuses the Constitution and does things not only against the US Constitution but just outright against international rule and law? 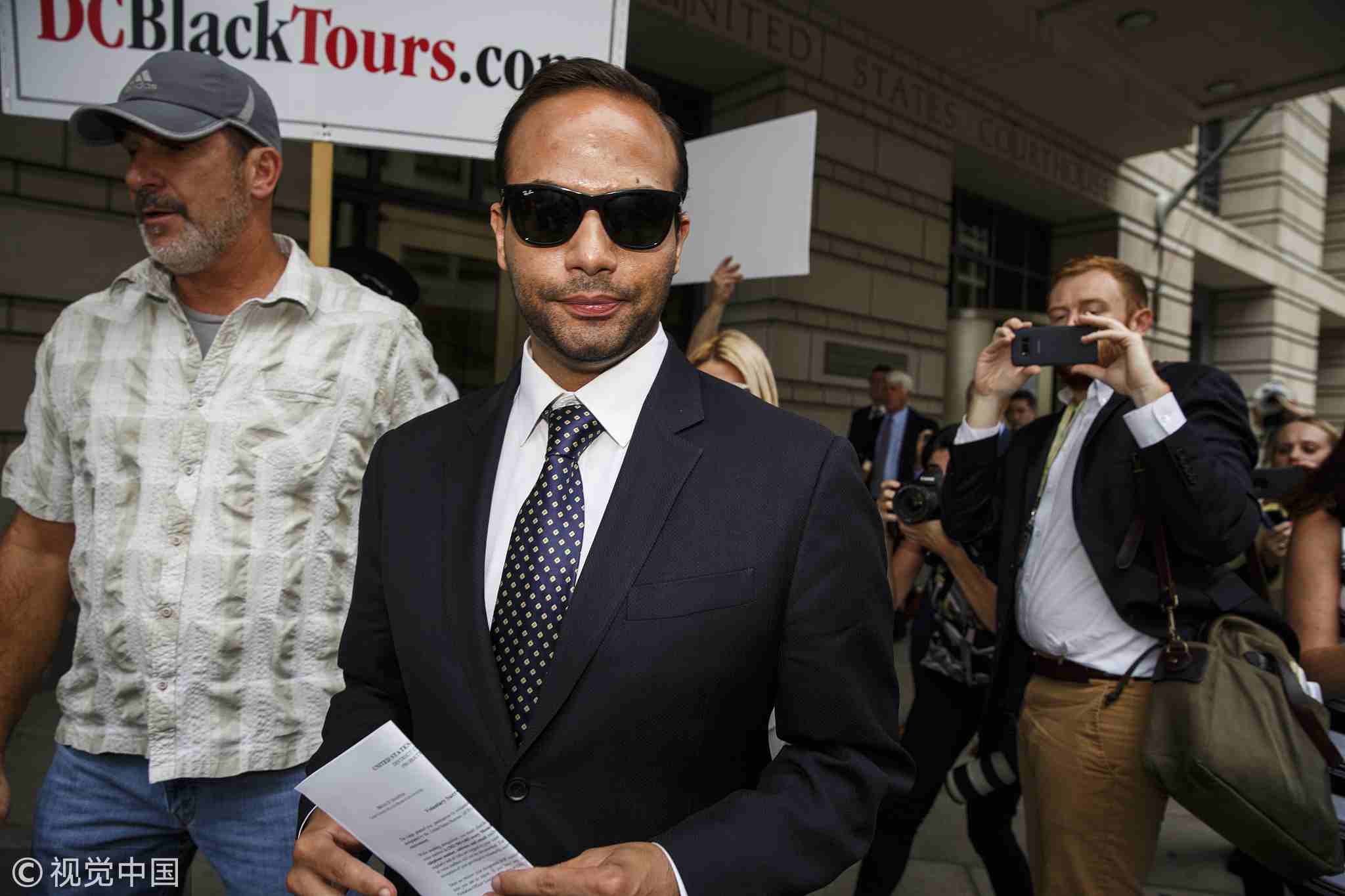 George Papadopoulos, the former campaign adviser for Trump, walks out of federal court in Washington, on September 7, 2018. /VCG Photo.

George Papadopoulos, the former campaign adviser for Trump, walks out of federal court in Washington, on September 7, 2018. /VCG Photo.

When the US president calls for the assassination of the head of a foreign sovereign state as Bob Woodward's coming book reveals, when the US president is engaged in, lies about and likely covers up foreign collusion, are his senior officials' efforts to thwart these things not patriotic? An assault on democracy?
I say they are "unsung heroes" fighting on the inside to preserve American democratic institutions. Failing to do so, on the contrary, would be the Little Eichmann engaged in "banality of evil." 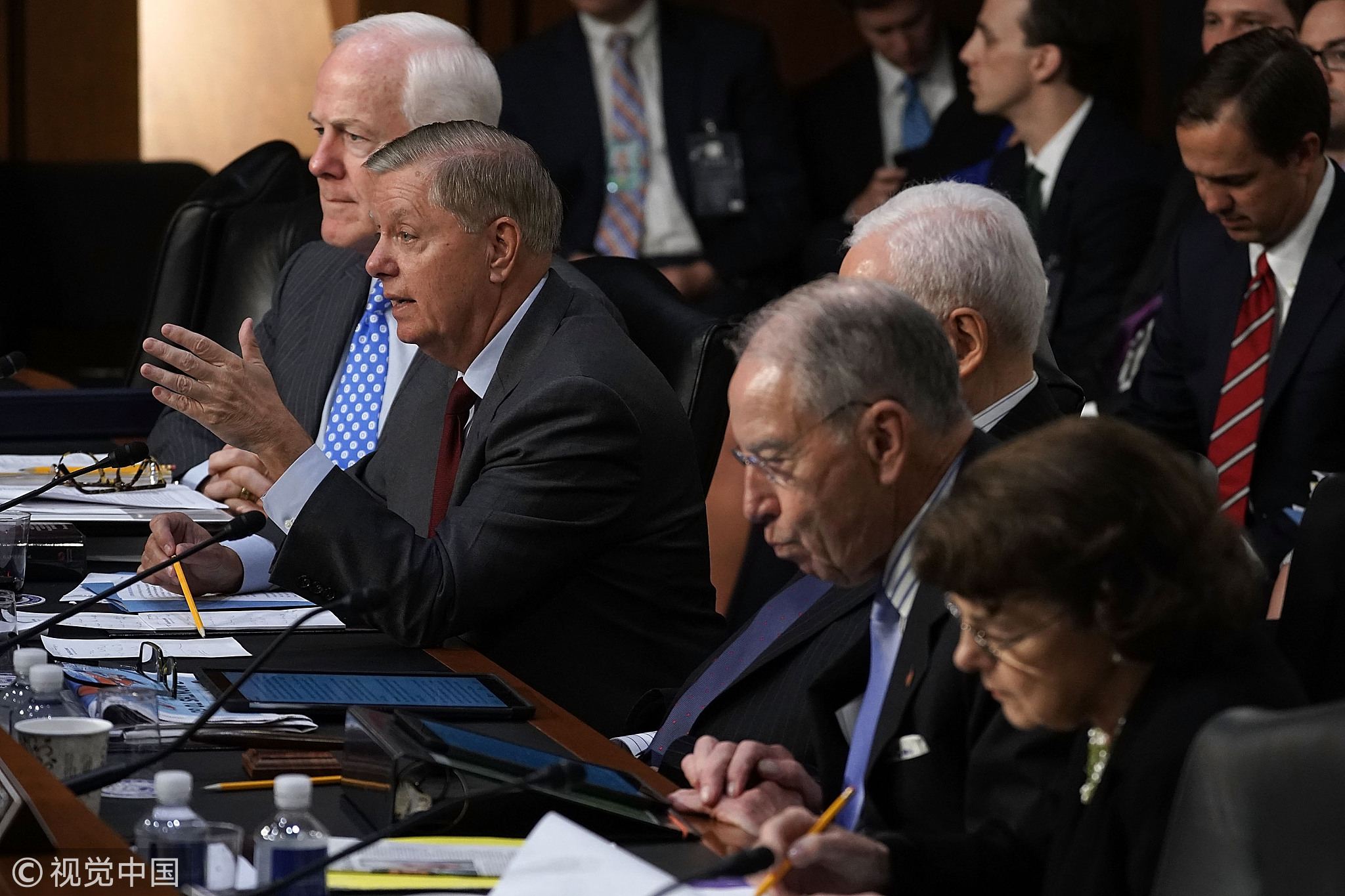 The third day of the confirmation hearing for Supreme Court nominee Judge Brett Kavanaugh before the Senate Judiciary Committee in Washington, on September 6, 2018. /VCG Photo.

The third day of the confirmation hearing for Supreme Court nominee Judge Brett Kavanaugh before the Senate Judiciary Committee in Washington, on September 6, 2018. /VCG Photo.

Last, what is the implication for China that is currently embroiled in a trade war with the US? I think one very important lesson is that Beijing's foreign policy design should take a long-term view, and in particular, try to avoid the pitfall of equating today's Trump administration to American political system's institutional integrity.
Trump may be gone in two more years. There is already wide resistance within the Republican Party, and as this op-ed reveals, resistance within the White House, against many of his egregious policies.
He may do some damage to the Sino-US relations. But he is not going to derail the long-term prospect of the most important foreign relations of the twenty-first century.
(Cover: Trump speaks as US Secretary of State Mike Pompeo and US Deputy Secretary of Defense Patrick Shanahan look on during a cabinet meeting in the Cabinet Room of the White House on August 16, 2018. /VCG Photo.)
(If you would like to contribute to our opinion columns or have specific expertise, please contact us at opinions@cgtn.com.)