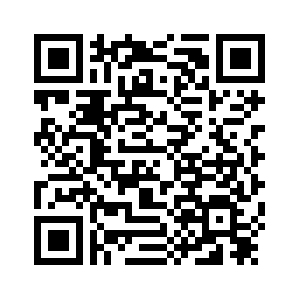 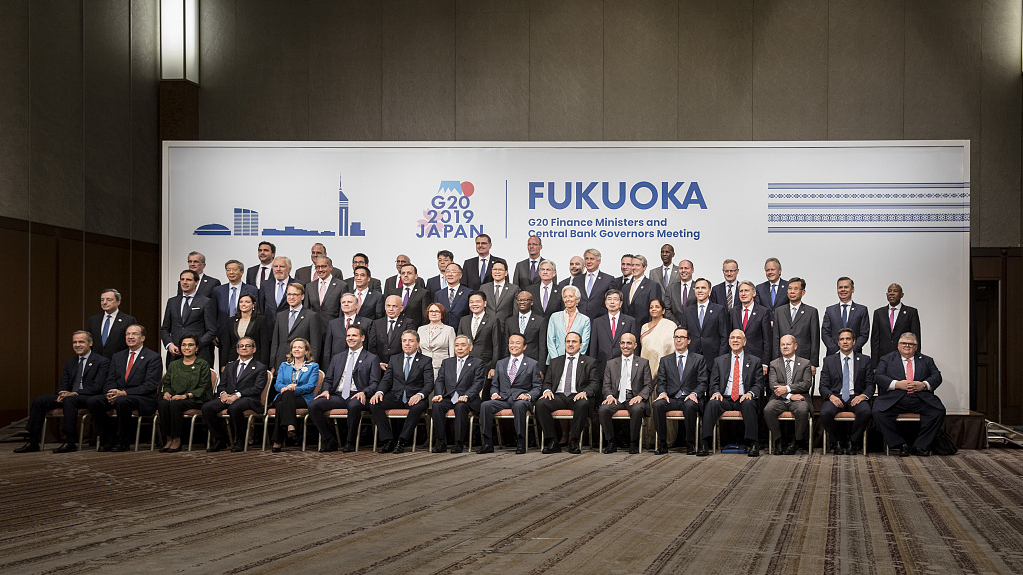 Editor's note: Zhang Jianping and Du Jingjing are research fellows at the Chinese Academy of International Trade and Economic Cooperation under the Chinese Ministry of Commerce. The article reflects the authors' opinions, and not necessarily the views of CGTN.
A meeting of G20 finance chiefs and central bank governors was held in Fukuoka, Japan June 8-9. Topics including the global economic situation, development financing, international taxation, global imbalances, aging populations, infrastructure investment and financial sector reform were discussed at the meeting. The Group of 20 finance leaders also discussed the current trade friction.
G20 major positions on this issue include an objection to protectionism and proposals to improve the current global multilateral trade system that give directions on quelling trade frictions. As stated in the final draft communique, "trade and geopolitical tensions have intensified," and the G20 will continue to address the risks of the current trade friction and stand ready to take further action for mitigation.
The problem of global trade imbalances is pressing. There are heated debates between deficit and surplus economies and some escalated into a trade war, like that between the U.S. and China. 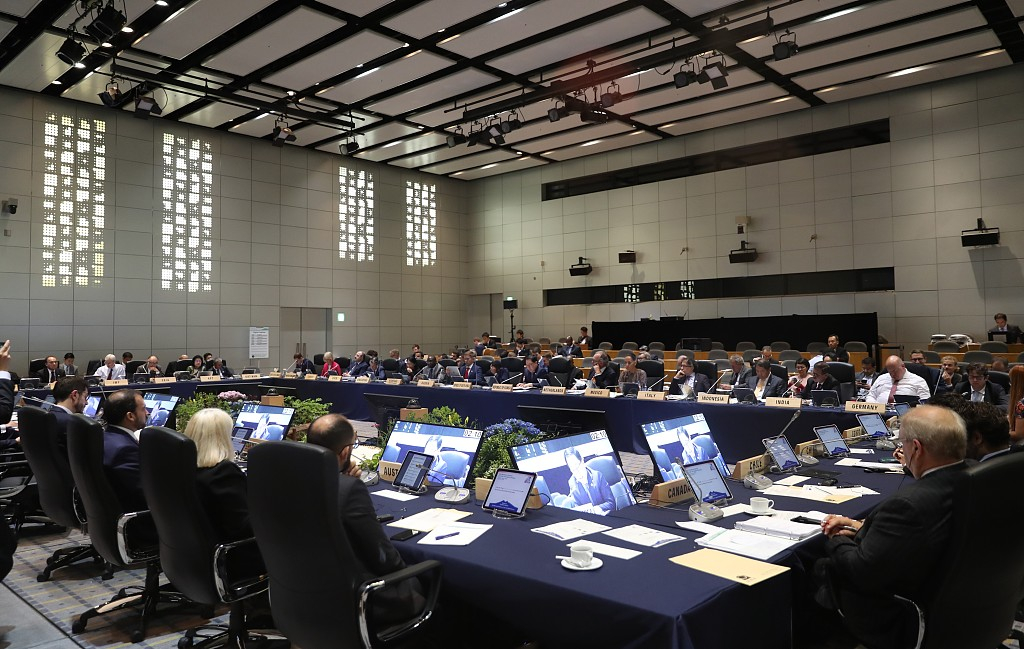 Protectionism and harmful trade practices that the U.S. has been imposing will undermine economic instability. Protectionism is what one country uses to put restrictions such as tariffs to boost its domestic industry even if the policy would not play the role envisaged and shield it from foreign competition.
Tariff and non-tariff sanctions that have been imposed during the U.S.-China trade war is just a manifestation of protectionism. U.S.-China trade war threatens to pull down the global economy. The IMF has put the cost of the conflict at 0.5 percent of world GDP in its forecast. Within Asia, the Asian Development Bank has cut its growth outlook of Asia due to the uncertainty caused by the trade conflict. For the two countries, it will also be disastrous as they will both experience the largest decline in real imports of goods and services.
Countries and international organizations like the G20 have been focusing on mitigating trade imbalances by seeking a way to promote better macroeconomic policy coordination.
If those imbalances are not reduced, we will brace ourselves for an intensification of U.S. trade protectionism and escalation of a trade war that may derail the global economic recovery. 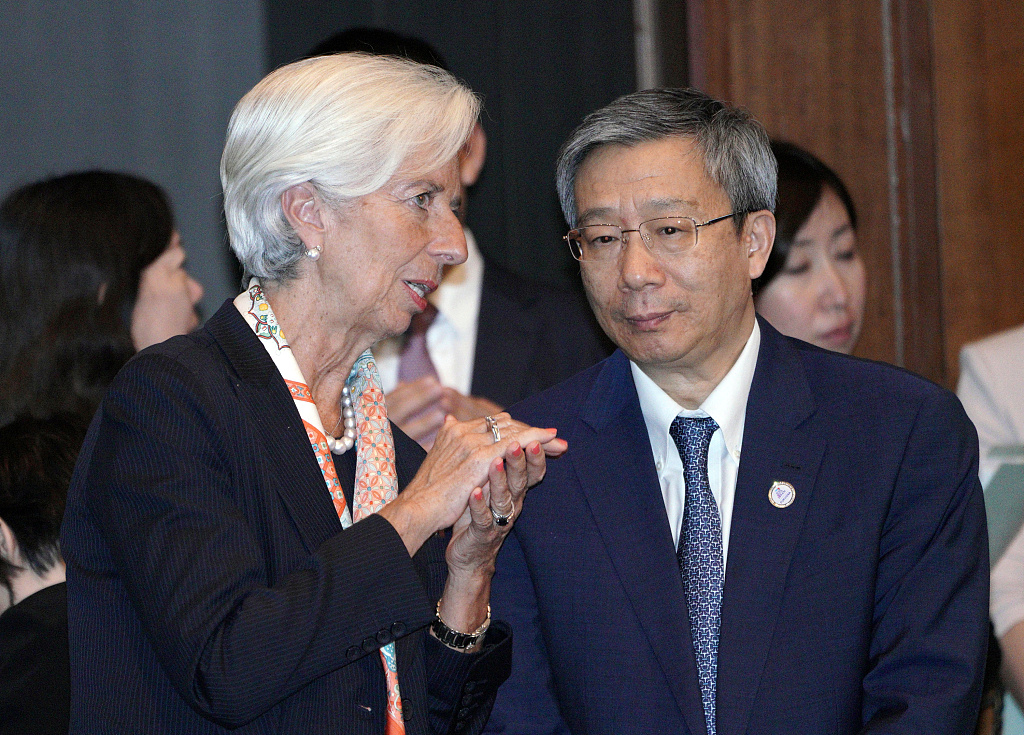 At their summit last year, G20 nations agreed in a joint declaration that they will "continue to fight protectionism including all unfair trade practices and recognize the role of legitimate trade defense instruments." We should take action to prevent protectionism from further escalating. For example, governments must find ways to revive unilateral liberalization, meaning bottom-up liberalization, like market reform, outside of trade negotiations and trade agreements.
As the G20 leaders said, the global multilateral trade system should be revised and improved so that trade frictions like that involving the U.S. andChina can be mitigated and addressed promptly before it escalates. The multilateral trading system is currently falling short of its objectives and there is room for improvement and we should use all policy tools to achieve strong, sustainable, balanced and inclusive growth.
To revitalize the global multilateral trade system, involved countries should not only enhance the multilateral trading system's legitimacy and accountability, ensure the multilateral trading system's effectiveness and efficiency, but also transform the multilateral trading system into a negotiating and knowledge platform for regional and plurilateral agreements.
Under a revitalized multilateral trade system, trade policy issues will be well addressed, disputes well arbitrated, legal frameworks fully derived and enforced, and then trade policies focusing only on national interests will be identified and prevented more promptly. A revitalized multilateral trade system should be established, making it stronger and harder for countries like the U.S. to challenge.
Although the meeting of G20 finance chiefs and central bank governors hasn't proposed a solution to the trade conflict, it did state its standing against trade conflict and has built a foundation of mitigation for the potential upcoming Trump-Xi meeting at the June 28-29 G20 summit in Osaka, Japan.
(If you want to contribute and have specific expertise, please contact us at opinions@cgtn.com.)