The Gambia has strong political will to advance cooperation with China: President
CGTN 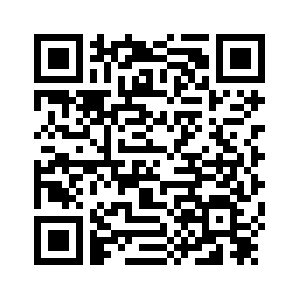 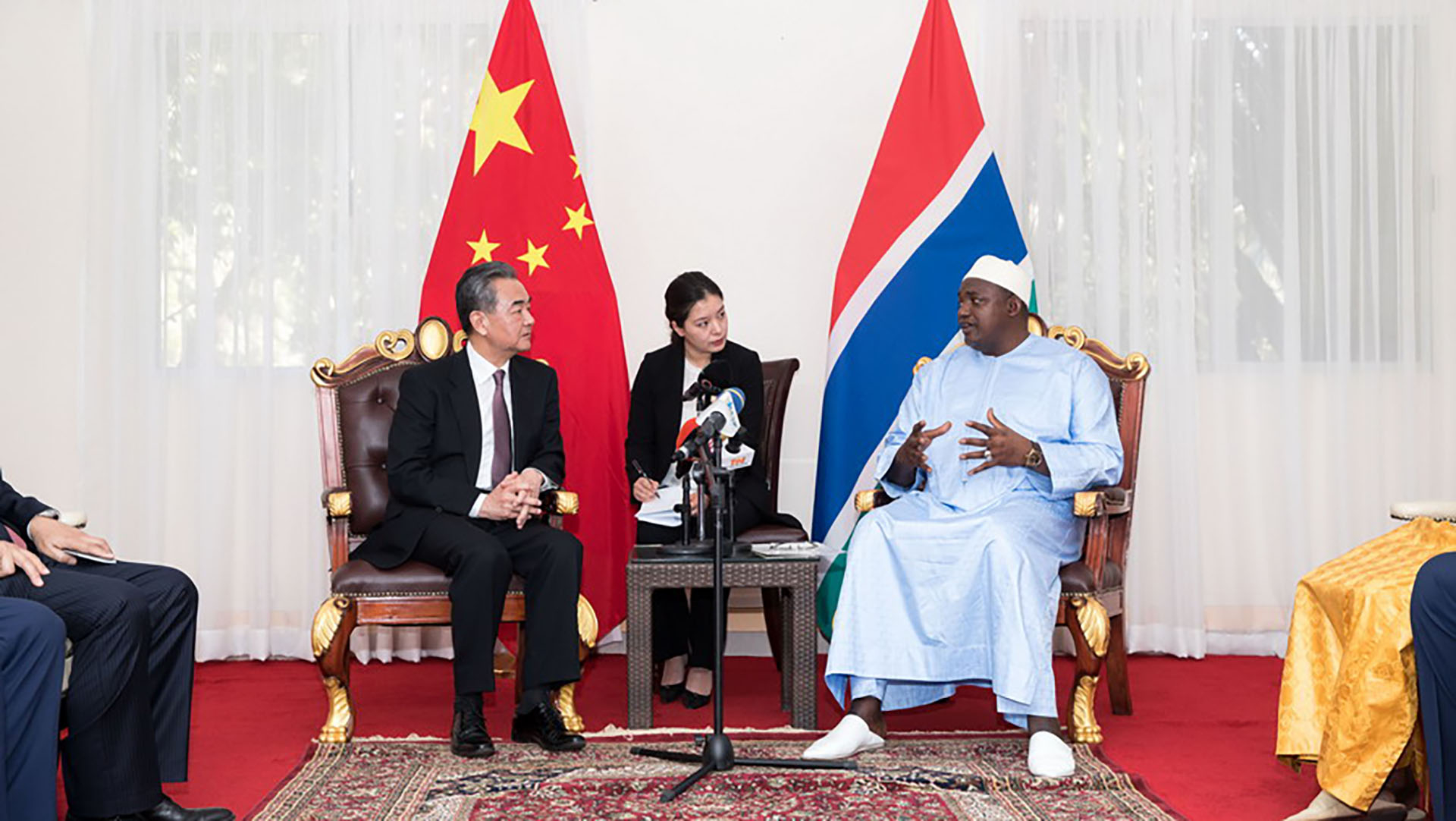 Gambian President Adama Barrow said Saturday that the Gambia has a strong political will to promote cooperation with China, the African nation's most important partner.
Barrow made the remarks during talks with visiting Chinese State Councilor and Foreign Minister Wang Yi.
Barrow said the first visit by a Chinese foreign minister to the Gambia showed China's good faith in strengthening bilateral relations.
He recalled his two visits to Beijing within nine months, saying they showed that he and the Gambian government attach great importance to and have confidence in closer ties with China. 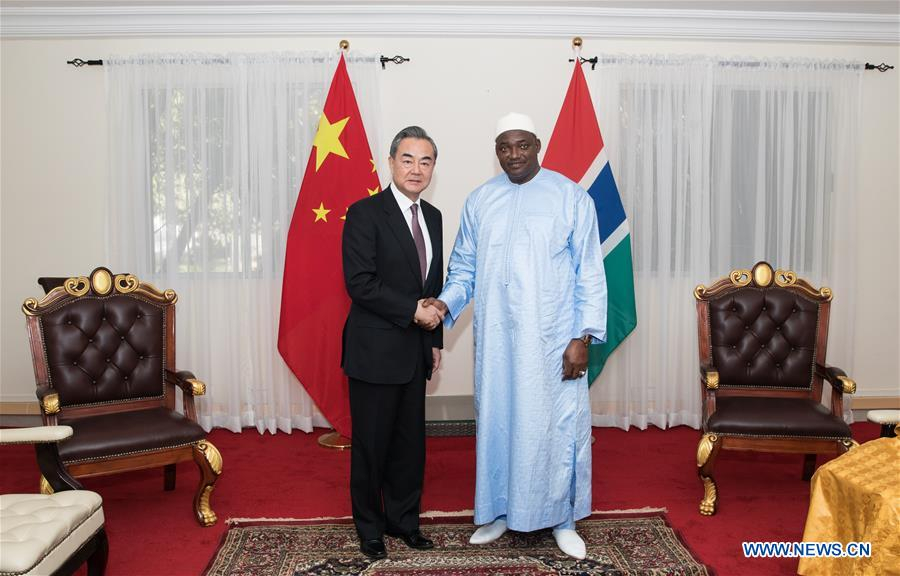 The Gambia will adhere to the one-China policy and firmly support China's rightful stance in the United Nations and on other multilateral occasions, he said.
Lauding the rapid and comprehensive development of relations since 2016 when the two countries restored diplomatic ties, Wang said that facts have proved the resumption of relations was the right decision.
It also fully conforms with the fundamental and long-term interests of the Gambia and its people, as well as the trend of the times, he said.
The Chinese foreign minister said China appreciates the Gambia's reaffirmed stance on the one-China policy and is willing to build mutual trust with the West African country.
The two sides should firmly support each other on issues concerning their respective core interests so as to consolidate the political foundation for future development of their ties, he said.

China-Africa cooperation is essentially South-South cooperation and is fraternal assistance, Wang said when meeting with his Gambian counterpart Mamadou Tangara on Saturday.
Wang stressed that the realization of common development and prosperity will make the world more equal and peaceful.
He added that China is ready to provide support and assistance to the Gambia and other African countries within their own capabilities in accordance with the actual situation and development needs of the African side.
Facts have proved that the decision of the Gambia to resume diplomatic ties with China fully satisfies the country and people's fundamental interests, Wang said. 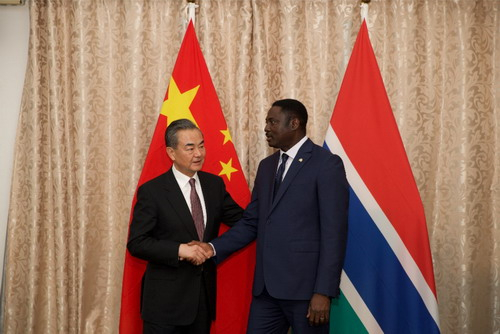 He called on both sides to enhance mutual political trust on the basis of the one-China principle, and firmly support each other on issues concerning their respective core interests, so as to ensure that China-Gambia relations will enjoy long-term and steady development.
Noting that 2019 is the first year for the implementation of results of the Beijing Summit of the Forum on China-Africa Cooperation (FOCAC), Wang hoped the two countries could actively implement the consensus reached by their heads of state and enhance pragmatic cooperation in various fields in accordance with the eight major initiatives proposed at the Beijing Summit of FOCAC.
Tangara, for his part, thanked China for providing valuable help for the economic development of his country and improvement of people's livelihoods.
He stressed that the Gambia will firmly pursue the one-China policy, will firmly support China on all international occasions and firmly support China's legitimate position on its core interests.
The Gambian minister hoped to strengthen exchanges with China at all levels, enhance political mutual trust, expand economic cooperation and promote cooperation in energy, technology and other fields so as to turn the bright vision of bilateral relations into reality.
The Gambia, he said, shares the view of the Chinese side that African people know who their true friends are and will not allow anyone to turn Africa into an arena.
China is the only hope for safeguarding the multilateral system and safeguarding the interests of developing countries under the current situation of unilateralism, he added.
(With inputs from Xinhua)