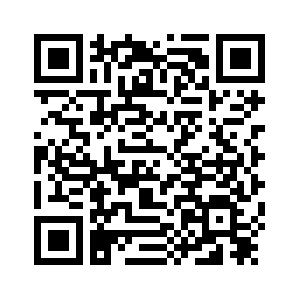 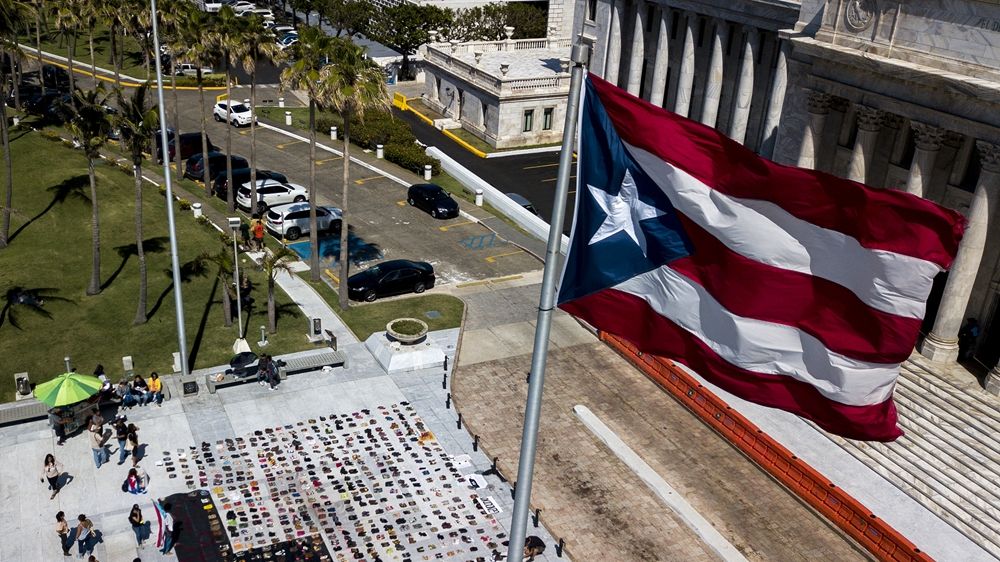 The official death toll on Puerto Rico from Hurricane Maria, the most powerful storm to strike the Caribbean island in almost a century, was raised on Tuesday from just 64 to nearly 3,000, based on a study ordered by the governor of the US territory.
The report found that an estimated 2,975 deaths could be attributed directly or indirectly to Maria from the time it struck in September 2017 to mid-February of this year. The figure was derived from comparisons between predicted mortality under normal circumstances and deaths documented after the storm.
The emergency response to Maria became highly politicized as the Trump administration was criticized as being slow to recognize the gravity of the devastation and too sluggish in providing disaster relief to Puerto Rico, an island of more than three million residents.
The study, conducted by George Washington University's Milken Institute School of Public Health and released Tuesday, also found that the risk of death from the hurricane was substantially higher for poor people and elderly men. 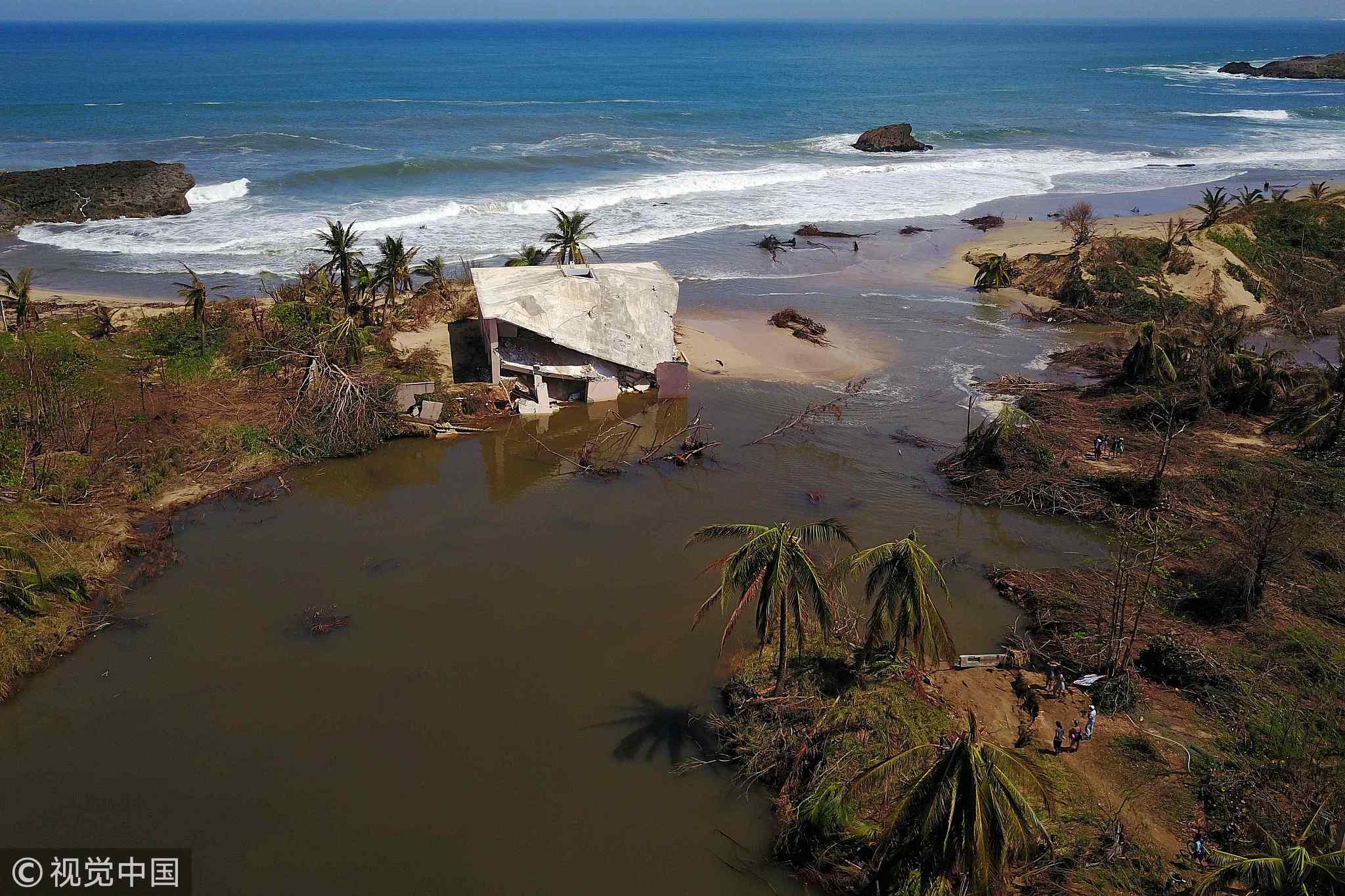 A house that was washed away by heavy surf during the passing of Hurricane Maria is seen in Manati, Puerto Rico, October 6, 2017. /VCG Photo

A house that was washed away by heavy surf during the passing of Hurricane Maria is seen in Manati, Puerto Rico, October 6, 2017. /VCG Photo

Researchers said they adjusted for various factors that could account for fluctuations in mortality, most notably the population flux from some 241,000 residents who fled the island in the immediate aftermath of the storm.
The second phase of the study will examine causes and contributing factors behind the deaths, said Carlos Santos-Burgoa, a professor of global health who was the lead investigator of the study.
Nevertheless, Santos-Burgoa said the high death toll, ranking Maria among the worst natural disasters in US history, was evidence that "we lack a culture of preparedness." He also said that financial instability and a fragile infrastructure made Puerto Rico especially vulnerable to such calamities. 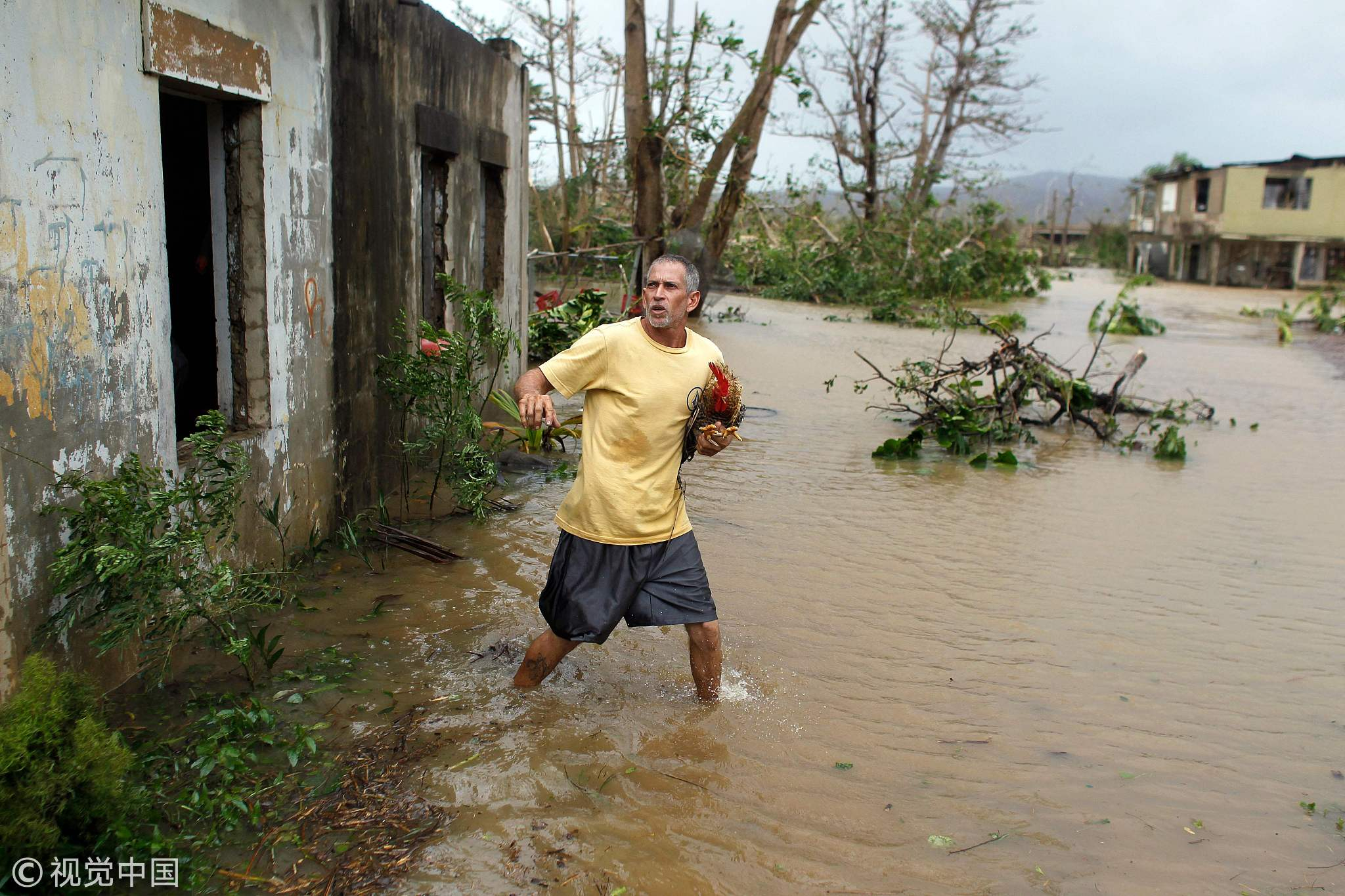 The report was conducted in collaboration with the University of Puerto Rico Graduate School of Public Health and was commissioned by Puerto Rico Governor Ricardo Rossello.
Speaking at a news conference from Puerto Rico's capital, San Juan, Rossello said his government was adopting the findings as the official account of human life lost in the disaster.
"Even though it is an estimate, we are officially changing, we are putting an official number to the death toll," he said. "We will take the 2,975 number as the official estimate for the excess deaths as a product of the hurricane." 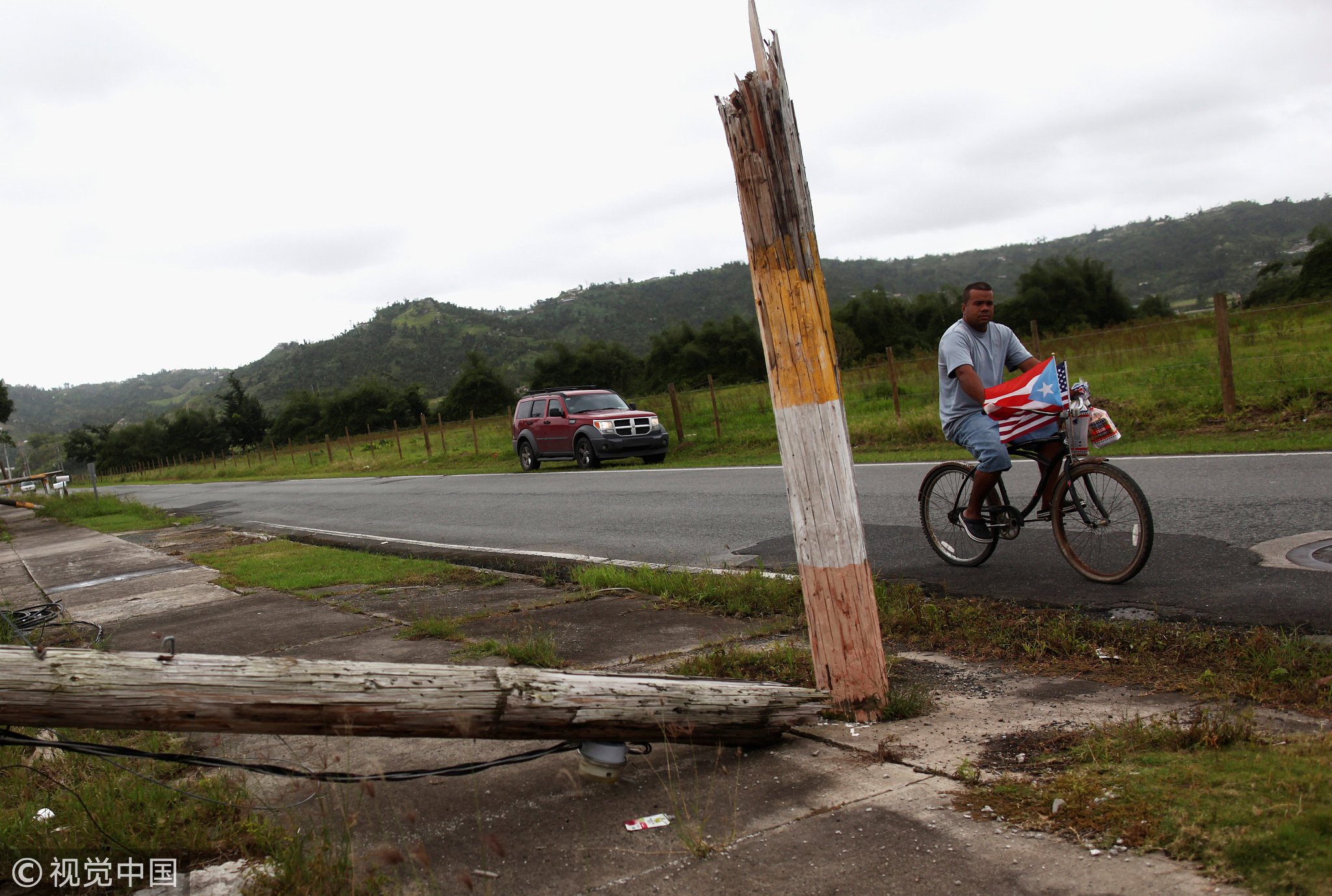 A man rides a bicycle past a collapsed utility pole after Hurricane Maria hit the island in September 2017, in Yabucoa, Puerto Rico January 29, 2018. /VCG Photo

A man rides a bicycle past a collapsed utility pole after Hurricane Maria hit the island in September 2017, in Yabucoa, Puerto Rico January 29, 2018. /VCG Photo

A study in May from a Harvard University-led research team estimated 4,645 lives were lost from Maria on Puerto Rico, and a Pennsylvania State University study put the number at 1,085.
The Harvard study was based on extrapolations from random surveys of about 3,300 households, with a wide margin of error.
Penn State researchers used a methodology similar to the GW University study but made comparisons with a smaller set of historical data and did not account for demographic and populations changes in the same way, said Santos-Burgoa.
The storm made landfall on Puerto Rico with winds close to 150 miles per hour (241 km per hour) on September 17 and plowed a path of destruction across the island, causing property damage estimated at 90 billion US dollars and leaving much of the island without electricity for months.
(Cover: A Puerto Rican flag flies above empty pairs of shoes outside the Capitol building in this aerial photograph taken during a protest against the government's reporting of the death toll from Hurricane Maria in San Juan, Puerto Rico, June 1, 2018. /VCG photo)
Source(s): Reuters