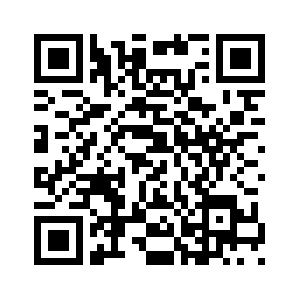 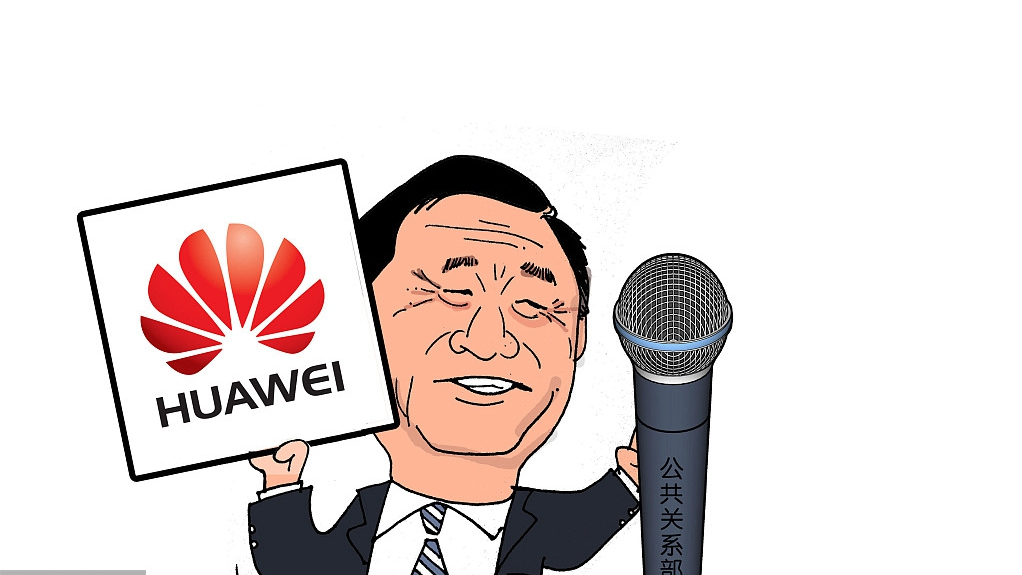 Editor's note: Dr. John Gong is a research fellow at Charhar Institute and professor at the University of International Business and Economics in Beijing. The article reflects his opinion, and not necessarily the views of CGTN.
Huawei is a jewel on the crown of China's technological prowess. It is the largest telecom infrastructure equipment company in the world and also the world's second-largest mobile handset manufacturer.
Huawei's development history in a way is reflective of corporate China's success on world markets, starting from a humble beginning 40 years ago to today's global power stature through hard work and steady corporate leadership.
Perhaps not surprisingly, Huawei's road to success is littered with bones and skulls of its once competitors in the West.
To name a few, Northern Telecom, one of the successful Canadian telecom giant and it went bankrupt many years ago. Another example, the American telecom giant, Lucent Technologies. It was bought by Alcatel from France. Also, the Finnish telecom giant, Nokia, merged with Siemens telecom business. And there are many other smaller companies perished along the way.
Today the only viable competitors to Huawei in the West are Cisco in the U.S. and Ericsson from Sweden in the telecom infrastructure side. And Apple is on the handset side. Both camps are barely hanging on, as Huawei dashes sales records one after another on a global scale.
But what the West can't compete in a free market, they try to make it up with free smears and blackmails. Right now there is a hysterical concerted effort based on conspiracy rather than facts, particularly among the five English speaking countries, to try to boycott and destroy Huawei via all means possible. 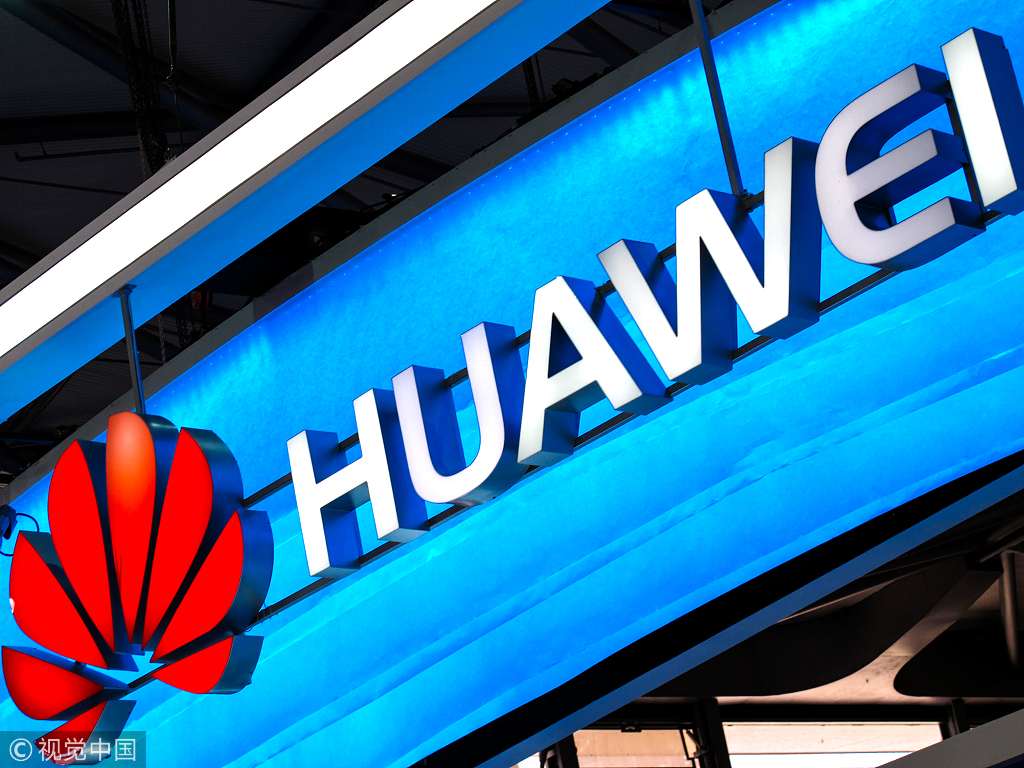 Huawei has been subject to various serious accusations, none of which has produced a shred of solid evidence so far. But the Western media and its usual pundits base their conclusion on absolutely no evidence whatsoever apart from their deep conviction that Huawei is a rogue company, which is almost sinful from its very inception.
What's the reason?  Founder and chief executive officer of Huawei, Mr. Ren Zhengfei, served in the military before setting up this company. Therefore Huawei must be intimately connected to the Chinese government's intelligence agencies for espionage work on foreign governments.
This type of logic is preposterous to the point of a laughing stock. Fifteen of the Fortune 500 company CEOs in the U.S. have a military background. FedEx CEO Frederick Smith had a venerable two years of Marine Corps experience in the Vietnam War. Oh my goodness, FedEx has millions of packages traversing its global networks every day, just as millions of bytes traversing Huawei-built networks every day. Have you heard of any concern for espionage work from FedEx? I thought opening up a package is a lot easier than hacking a byte. 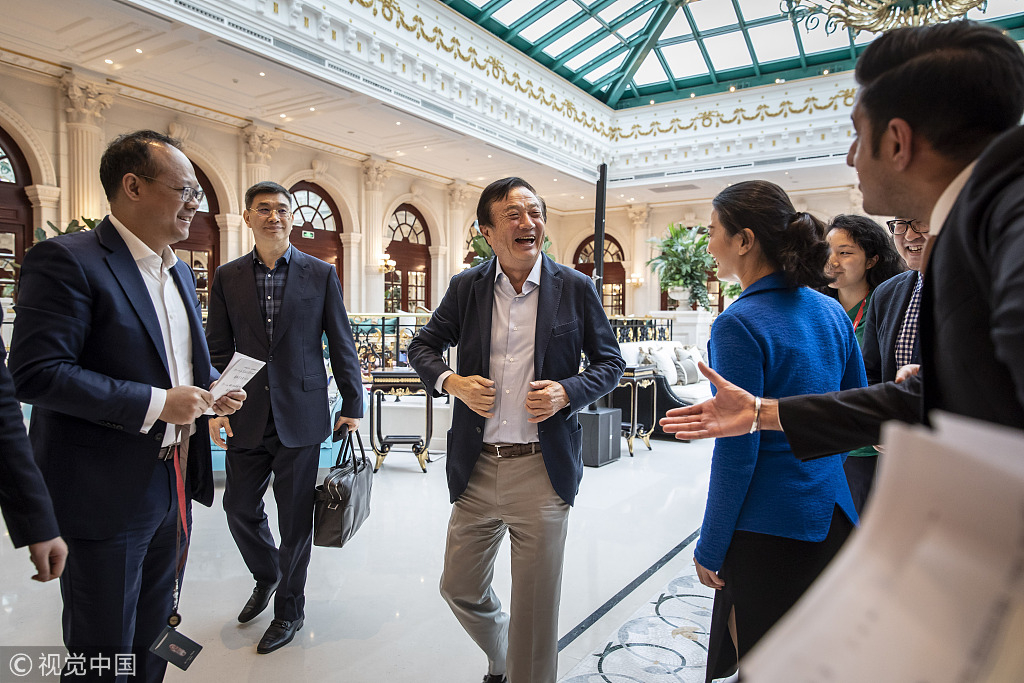 Ren Zhengfei (C), founder and CEO of Huawei Technologies Co.,  leaves after an interview at the company's headquarters in Shenzhen, China,January 15, 2019. /VCG Photo

Ren Zhengfei (C), founder and CEO of Huawei Technologies Co.,  leaves after an interview at the company's headquarters in Shenzhen, China,January 15, 2019. /VCG Photo

How about Verizon's CEO Lowell McAdam, who had spent six years in the U.S. Navy? Unlike Huawei which merely builds networks, he is indeed operating real networks for god's sake -- America's largest wireless network in fact and other overseas networks such as in Bulgaria and India.
In a recent TV interview, Mr. Ren Zhengfei said he would instead let the company go busted than allowing any government intelligence officials to get their hands on its networks. But alas, government intelligence officials – from the U.S. National Security Agency in fact – did leave their fingerprints on Huawei's network anyway several years ago.
Huawei has learned the lesson and has since beefed up its network security. But such unlawful hacking and theft of Huawei proprietary information by one branch of the US government belie the logic of America's accusation of Huawei that somehow Huawei would happily invite the Chinese government to do the same.
What kind of wanton logic is that?
The Western media's unfair treatment of Huawei goes in leaps and bounds. Recent, Huawei employee in Poland was arrested for apparently moonlighting for the Russian intelligence in cooperation with another Polish ex-government official who now works for a large French telecom carrier Orange. The news was all over the place that somehow Huawei is the spy. Washington Post runs the headline “Huawei Spy Case…” But as far as I have seen, no single news feed tile mentions Orange. Many news stories didn't even mention Orange at all.
Huawei has since fired that rogue employee. 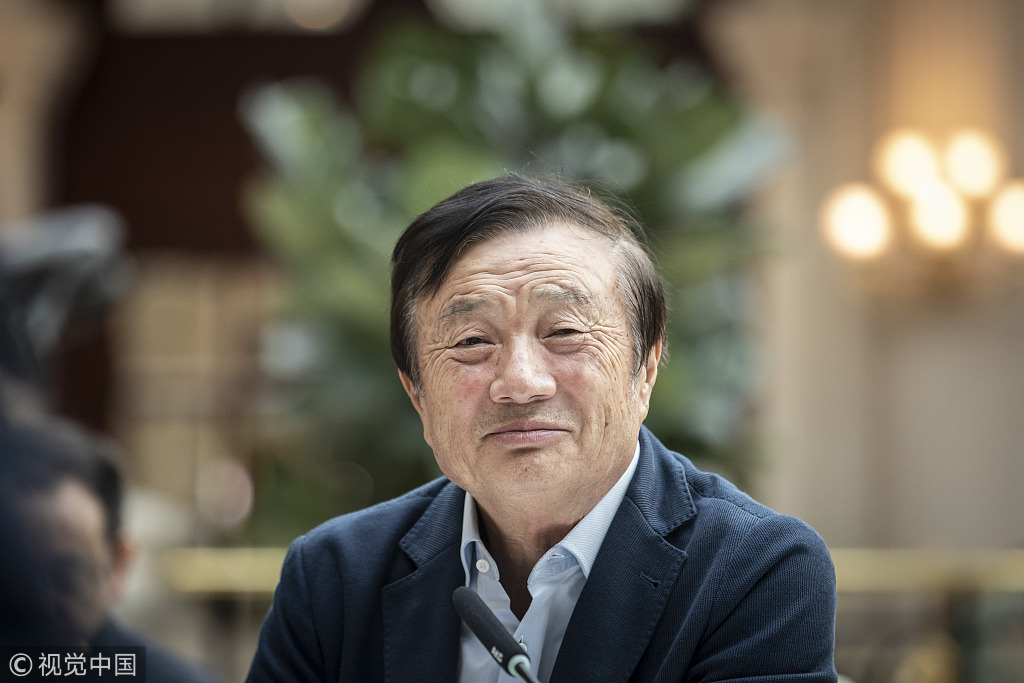 Huawei is going to continue to thrive no matter what the U.S. government says and does. As revealed in Mr. Ren Zhengfei's TV interview, Huawei's 5G products currently stand next to none. The deployment of 5G is going to be expensive and also very critical as an enabling block for new technologies such as the Internet of Things, autonomous driving and other artificial intelligence applications.
This is because 5G's laser-fast speed is achieved by building smaller cells aside from progress in modulation and antenna technologies. That means these cells will be expensive in their sheer numbers.
Huawei's 5G technology is unique in that it combines cutting-edge 5G access and microwave backhaul technologies (as opposed to fiber backhaul) that connect these voluminous cells. That means saved costs for carriers.
American government's boycott of Huawei would delay and impose an unwarranted cost burden on private enterprises' deployment of 5G technology in the U.S.
As a result, America will further lag behind China in the telecommunications area, just as the U.S. surpassed UK in textile technologies in the nineteen century.
(If you want to contribute and have specific expertise, please contact us at opinions@cgtn.com.)