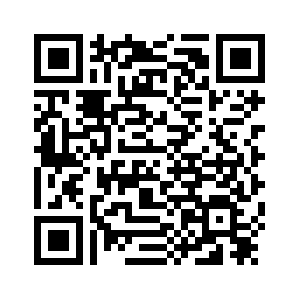 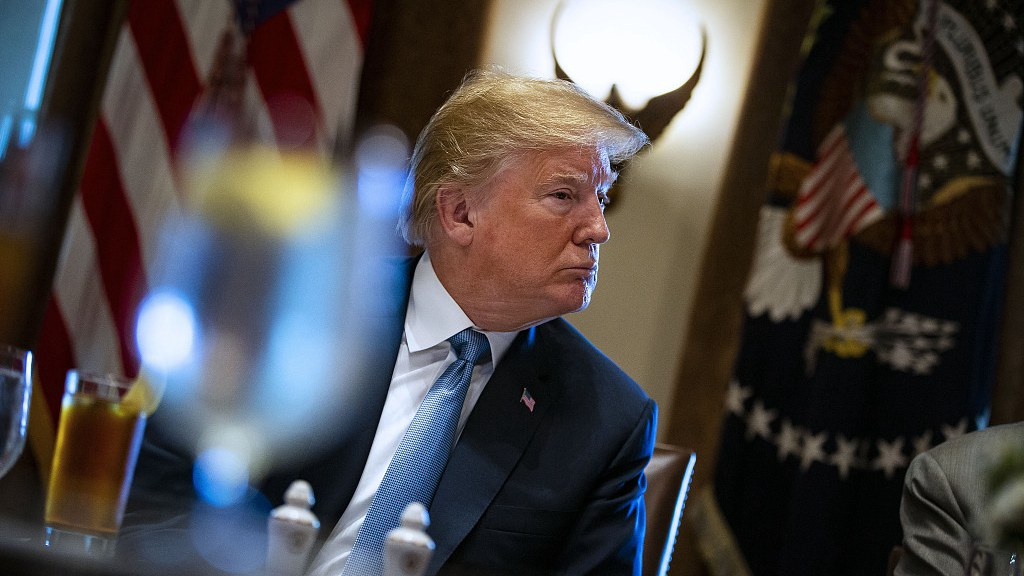 Editor's note: Bobby Naderi is a journalist, a current affairs commentator, a documentary filmmaker and a member of the Writers Guild of Great Britain. The article reflects the author's opinion, and not necessarily the views of CGTN.
First, it was the trade war blunder. Now the Trump administration is sending envoys far and wide to slander Beijing on its religious policies.
For instance, on Friday, March 8, Sam Brownback, the State Department's special envoy for religious liberty, said during a trip to Hong Kong that, "It seems the Chinese government is at war with faith. It is a war they will not win."
The former Kansas governor, who delivered the provocative address from the Foreign Correspondents' Club, based his charge in a broad denunciation of China's alleged repression of Christians, Muslims, and Buddhists around the country. The blustery envoy claimed "the Chinese government is currently on the wrong side of history… but this will change."
It is said the truth which has been spoken too late is more damaging than a lie. Now is the time to speak the truth – and for the State Department's special envoy and other like-minded officials on the Capitol Hill to take note:
The United States is not in a position to lecture China on the virtues of freedom of speech and religion. The Chinese government is at peace with its faithful people, as China's constitution and laws protect their freedom of religion and practice. The same cannot be said about the Land of the Free. 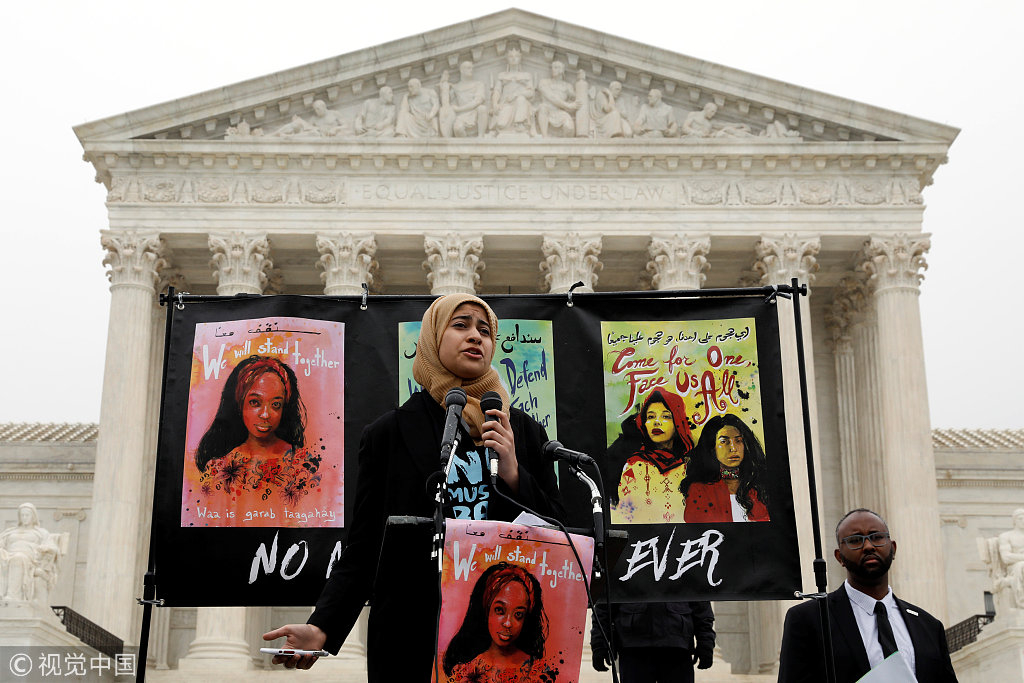 According to the Economist Intelligence Unit, which compiles a Democracy Index that provides a snapshot of the state of democracy worldwide for independent states, the United States has become a "flawed democracy." This has been a long-term trend and one that preceded the election of Donald Trump as U.S. president in 2016.
The only difference is that the 45th president of the United States is a bad player. "He disrespects and disregards democratic values, encourages distrust of democratic infrastructure, and expresses disdain for the essential source of information in a democracy: a free and skeptical and questioning press that is willing to speak truth to power."
On top, living in the United States for many immigrants, refugees and Muslims is no longer the American dream. Whistle-blowers, dual nationalities, democracy and human-rights activists, anti-racism, anti-war and anti-Muslim ban protesters are being detained, imprisoned and otherwise repressed and exiled for daring to demand something better than what President Trump and his White Supremacist cabinet members have to offer.
Trump's Muslim travel ban affects seven countries, yet in reality, it includes many others – in addition to Syria, Iraq, Iran, Somalia, Sudan, Libya, and Yemen. This is while since 1975, not one fatal terrorist attack inside the United States has been committed by a national from these countries. Still, with the exception of Iran, the U.S. has bombed and destroyed every one of these unfortunate nations.
Add in one more thing: Many American officials and the technology sector have come out against the ban, with leading companies including Apple, Google and Uber filing a separate brief that argues the travel ban is harming high-tech companies by making it more difficult to recruit employees from Muslim countries. 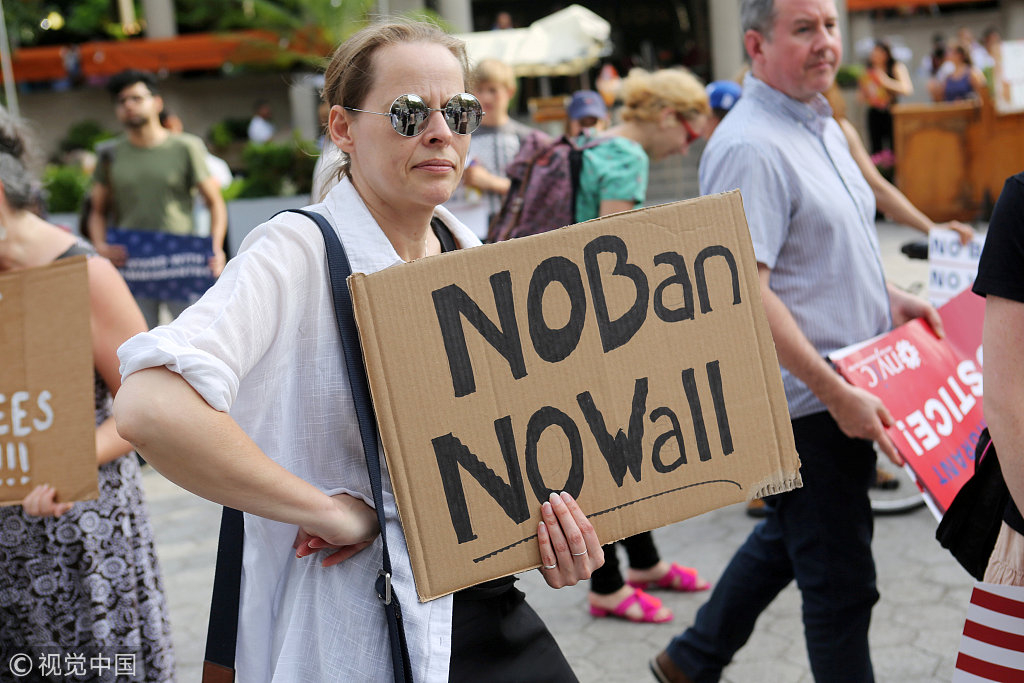 Even German Chancellor Angela Merkel agrees. She told President Trump that the global fight against terrorism was no excuse for banning refugees or people from Muslim countries from entering the United States. Merkel expressed her concerns to Trump last year and reminded him that the Geneva Conventions require the U.S. to take in war refugees on humanitarian grounds.
As the latest surveys show, ordinary citizens, immigrants, people of color and minorities, cultural and academic centers and activists are launching their own set of anti-racism campaigns, too, acting as a valuable source of news and commentary on the ongoing political, social and economic crises, concerning domestic spying, racism, poverty, and mass incarceration.
To be clear, the fundamental injustice of the new tactic by the State Department officials and envoys to smear China is brutally obvious. And the air is thick with lies and half-truths.
Slandering Beijing or releasing a politically motivated report on the human rights situation in the world's second-biggest economy would make little difference here. The Trump White House can and should reverse this negative trend. It should elevate the suffering inflicted by its domestic and foreign policies to the realm of domestic and international human rights.
To be spied on, unjustly banned and imprisoned, put in solitary confinement, indefinitely detained and separated from family, racially and religiously profiled, deprived of asylum and criminalized for being a refugee and immigrant is to have one's basic human rights violated and dignity as a human demolished.
A reminder why Washington is not in a position to preach Beijing on human rights. Making people "look over there!" is a classic magician's trick. The magician misdirects the audience's attention while palming a coin or putting a dove in a pocket. Such misdirection is being used by White House magicians in the realm of domestic and international human rights.
The Trump administration foreign policy experts, all severely weakened at home and with few allies abroad, should lay their cards on the table regarding exactly what the evidence is. On the roller coaster ride that is Trump's foreign policy, it's hard to discern what's real and what isn't, what's rhetoric and what's not. They never tell us what the evidence against China is. At its core, this policy is indefensible. It puts them “on the wrong side of history.”
What's actually happening here should be obvious. Instead of ending the stagnant trade war and recklessly torpedoing the beneficial dialogue with China, the disorganized Trump administration has worryingly handed over ideological ammunition to Brownback and other like-minded Sinophobes with similar urges to aggravate the politically charged trade dispute. There should be an alarm here. They might be adding more and more floors to this strategic blunder.
(If you want to contribute and have specific expertise, please contact us at opinions@cgtn.com.)