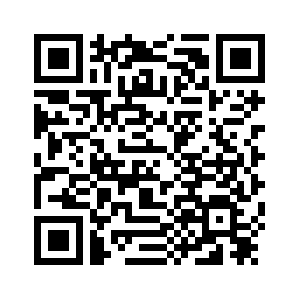 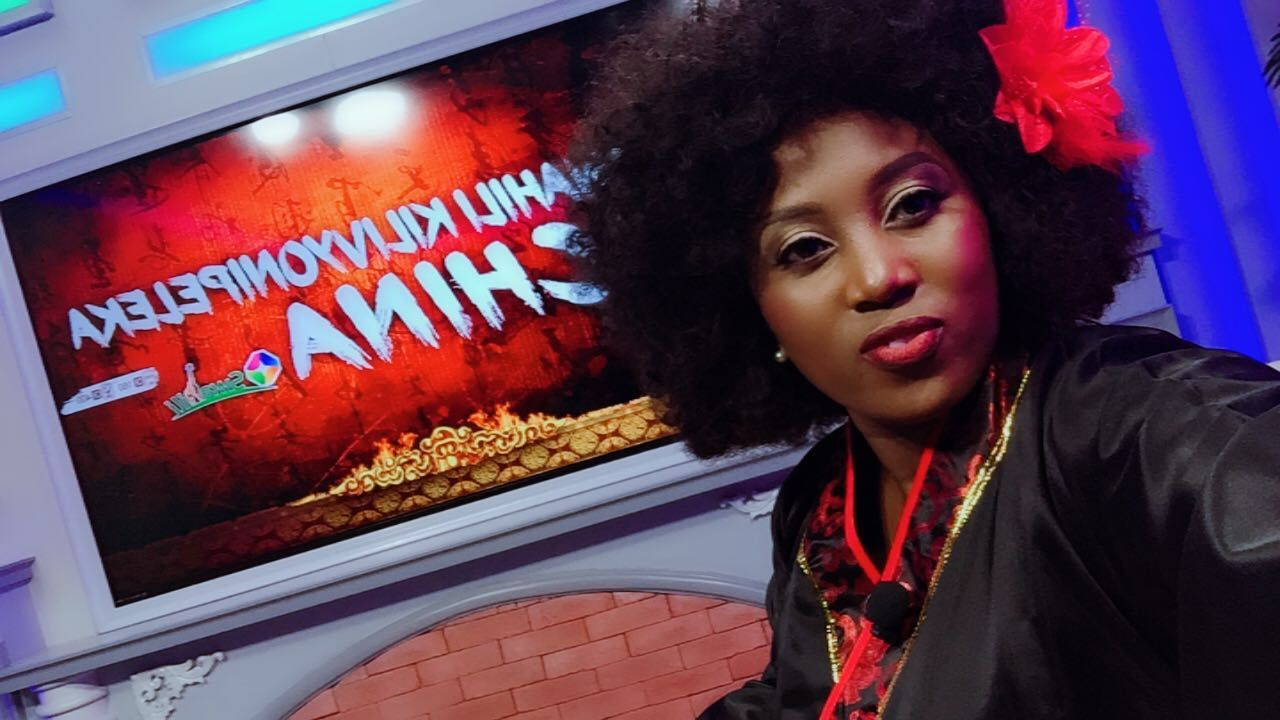 ‍Dubbing Chinese dramas into foreign languages to reach global audiences is a challenging but rewarding job for a group of African voice actors and actresses living in Beijing. CGTN follows their story to find out roles they are playing in enhancing the cultural bonds between China and Africa under the Belt and Road Initiative.
It's routine work for Happiness Stanslaus Lulikela, a Tanzanian voice actress, dubbing Chinese dramas into Swahili. Back home, she was a famous on-camera celebrity. "I want to have a new experience. I do acting for long, starting as a teenager. I really want to learn new things every day, so I said let me go. The good thing is that a friend posted on WhatsApp that there is an audition," said Happiness. 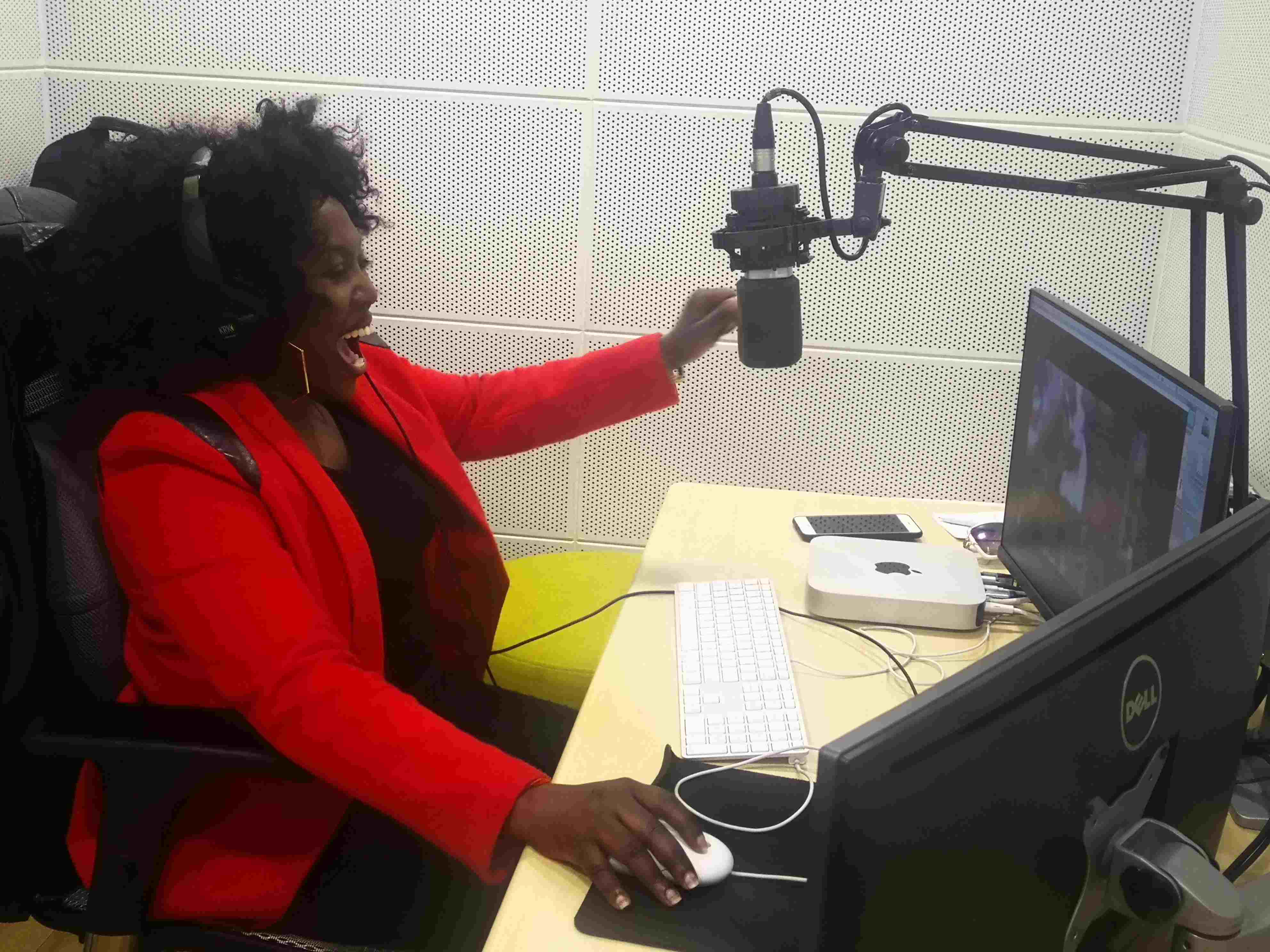 Happiness used to be on-camera celebrity back in her homeland Tanzania. /CGTN Photo

Happiness used to be on-camera celebrity back in her homeland Tanzania. /CGTN Photo

For her, it's a life-changing audition. Only 10 out of more than 2,000 were chosen for the Swahili dubbing, and she was one of them. But from stage to studio, it was not as easy as she thought.
"I was thinking what's this. I have to be engineer and record by myself. In the beginning it was hard. You could just dub for like five minutes and you forgot or something came up. You have to find someone for help. But now I master all these and even teach others," Happiness recalled her first months in China.
With nearly 100,000 followers in Instagram, Happiness said now many of her fans enjoy watching Chinese dramas and can recognize her voice without seeing her face. 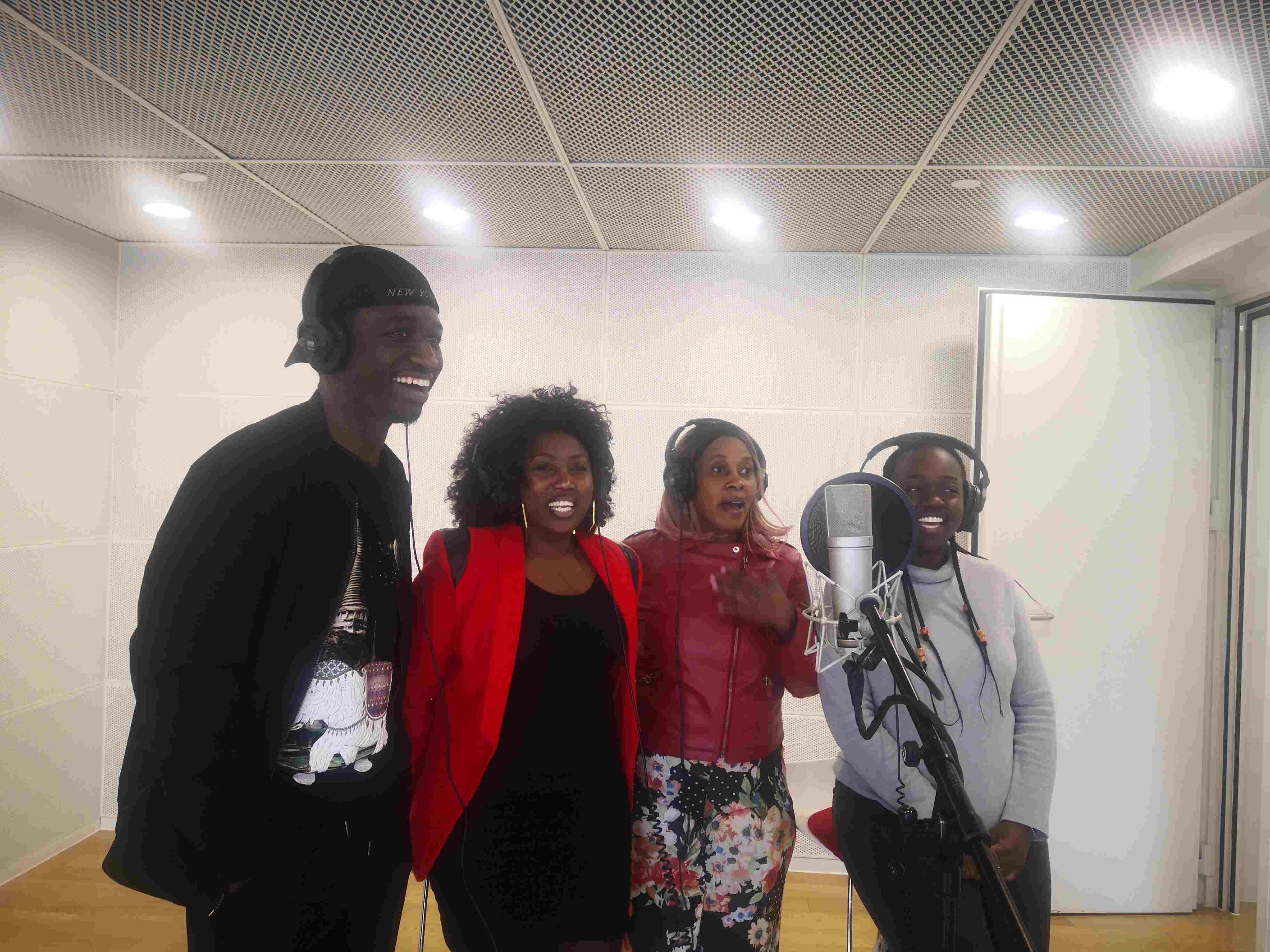 Happiness and her African colleagues dub Chinese cartoon together into Swahili at StarTimes company in Beijing. /CGTN Photo‍

Happiness and her African colleagues dub Chinese cartoon together into Swahili at StarTimes company in Beijing. /CGTN Photo‍

The pay-TV operator StarTimes is behind the huge project of dubbing popular Chinese movies and series into local languages. Now it's serving more than 20 million users in 30 African countries.
And Happiness is just one of 21 African voice actresses and actors working there. And since this dubbing center was set up in 2011, more than 300 foreign staff have dubbed in 11 different languages here. Altogether they have dubbed over 20 thousand episodes for African viewers, and they are also learning more about Chinese culture throughout the process.
"Working with different cultures really taught me a lot. Because being an African outside your country, you need to embrace the other culture in another country, everything like food," said another voice actor, Brice Icigumije from Burundi. 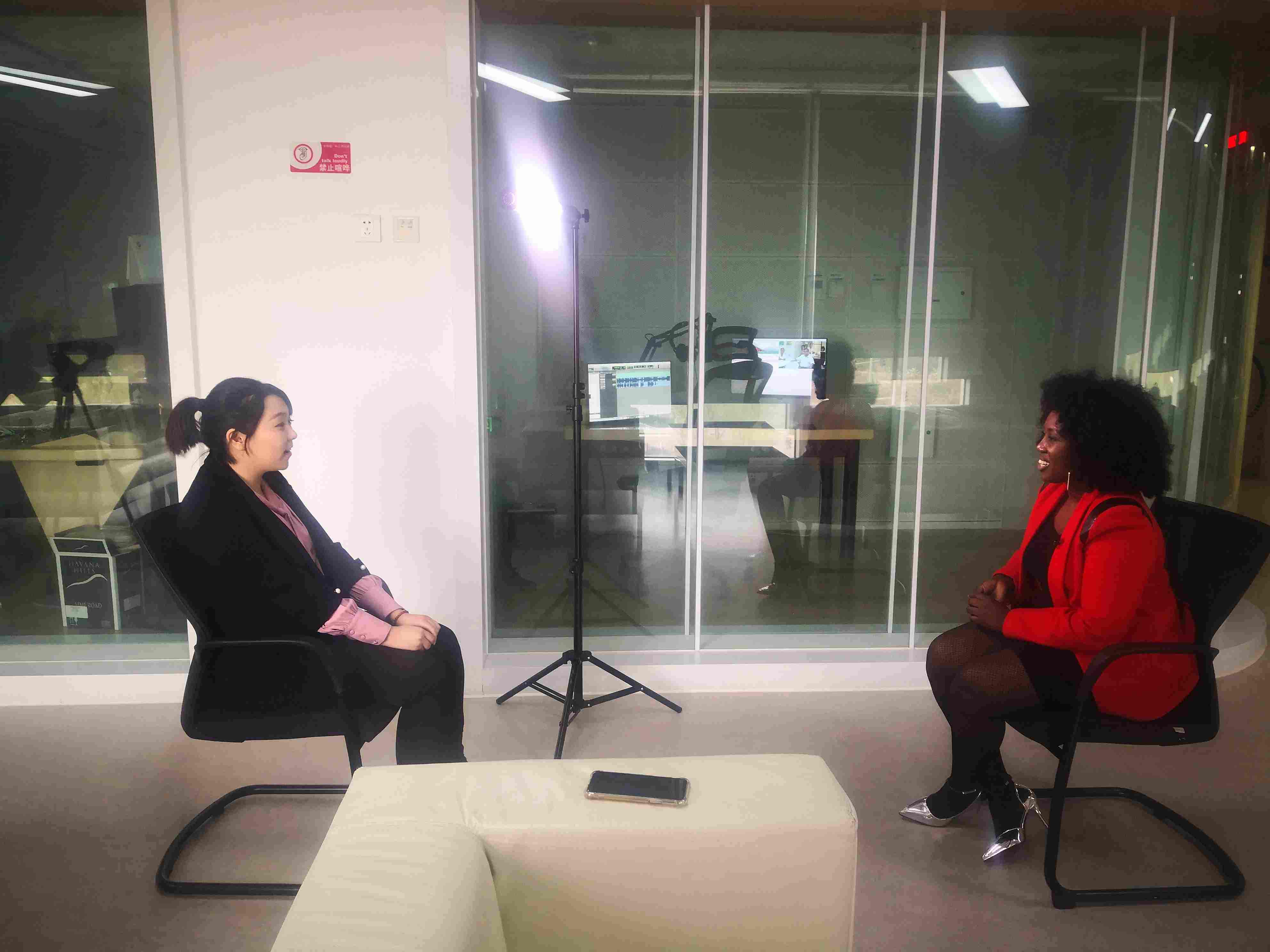 Talking about food and cooking, Happiness seems to have much to share with us. "We eat different things and we have different ways of cooking. In Tanzania, we use salt a lot. When you get here, you find something without salt or sugar, like the tea. We drink tea with sugar."
And the comparison goes well beyond food. Happiness said she's learning a lot about families in movies and dramas. "There's something similar in families, such as how to deal with relationship between the mother-in-law and the son-in-law. But there are so many things a little different. Chinese men can do a lot for women in families, like you can find a man carrying a handbag for a woman - in my country, never."
Proud to be a bridge between China and Africa, Happiness and her colleagues are now hoping to make their voices more widely heard across their continent.