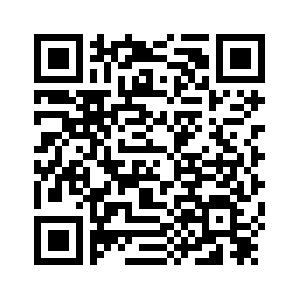 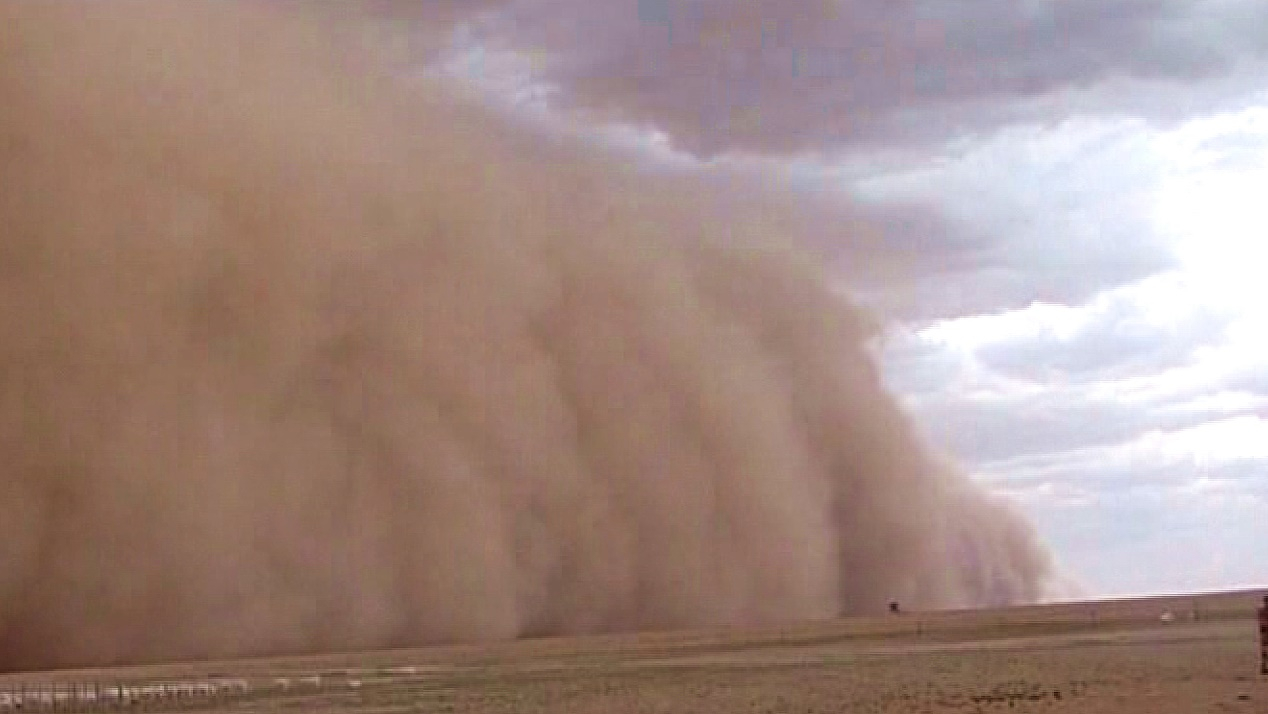 The "black sandstorm" on May 5, 1993 had become a pain in the hearts of many local residents of Gulang County in northwest China's Gansu Province. The enormous sandstorm came suddenly in the shape of a black wall reaching to the sky. It swept across western Gansu Province, northern Ningxia Hui Autonomous Region and western Inner Mongolia Autonomous Region.
Nobody had expected such a fast-moving disaster to happen. Local witnesses said it turned dark suddenly and they couldn't even see their own hands in the storm. In Gulang County, 23 pupils met the sandstorm on their way home and were later found dead in a river they used to cross every day.
The sandstorm lasted for four hours and resulted in a total death of 85 people in Gansu Province, more than 260 injured and 31 missing. Over 120,000 livestock went missing or died and 3,700 square kilometers of farmlands were buried by sand. Local officials said the total economic loss was up to 600 million yuan (about 87 million U.S. dollars).
The disaster made Guo Wangang only more determined to pursue his mission of planting trees in the desert.
"If we can't even protect our kids, how are we supposed to live? So we made up our minds to continue our fight against the desert," he said. 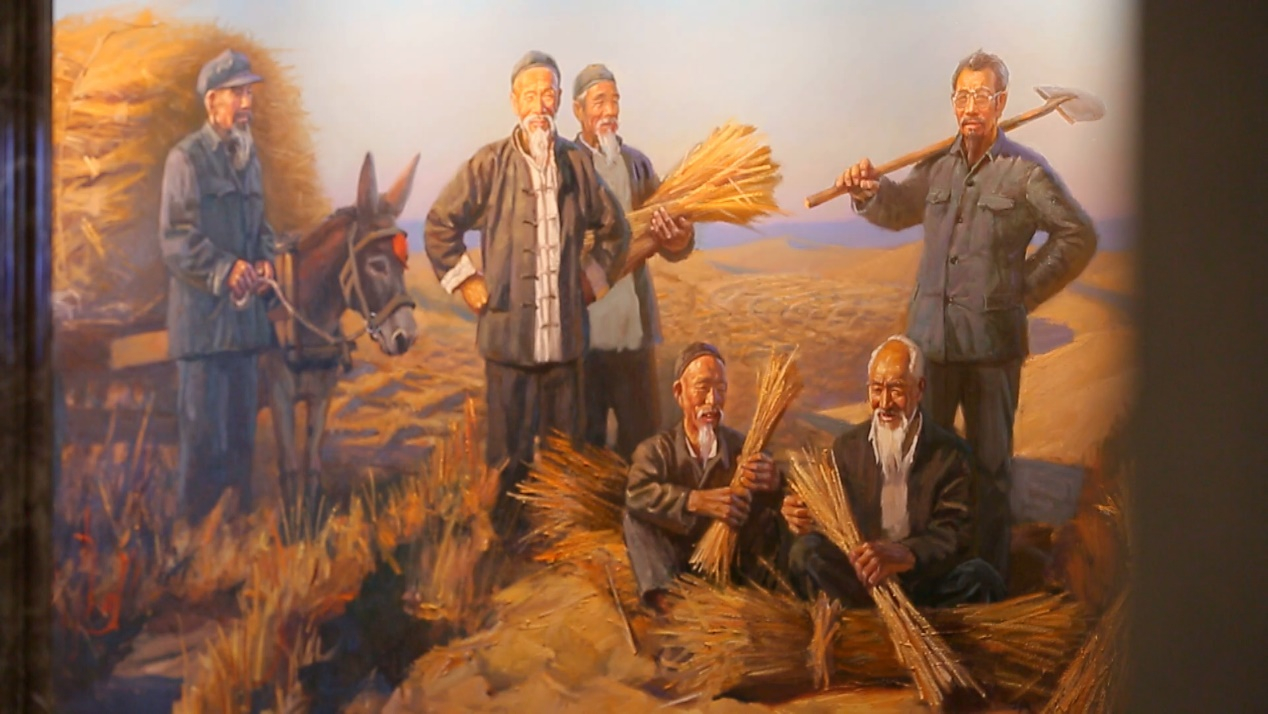 The six men who initially started to fight against desertification in the early 1980s in Gulang County. /CGTN Photo

The six men who initially started to fight against desertification in the early 1980s in Gulang County. /CGTN Photo

Guo is among the second generation of tree planters in Gulang County. His father was one of the six men who "fought against the desert" in the early 1980s at Babusha Tree Farm, which is located to the south of the Tengger Desert, the fourth largest desert in China.
Among the six men, only two are still living, 78-year-old Zhang Runyuan is one of them. He recalls, "In the past, the desert caused frequent sandstorms and engulfed our farmlands and homes. We could hardly live. So we six men decided to make a change."
At an average age of fifty, the six men worked so hard that they literally lived in the desert. They slept in a sand cave and ate food covered with sand. But their first year of hard work saw all the saplings get buried by moving dunes. 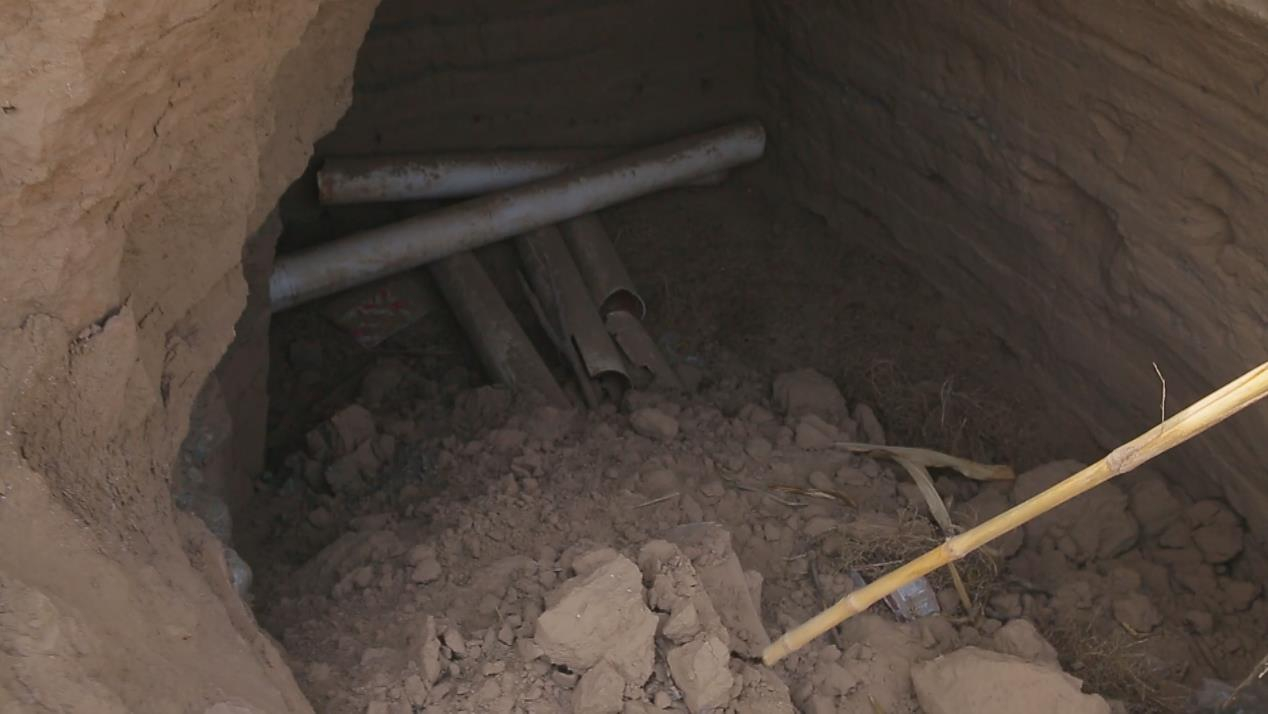 The cave in the desert where the six men used to rest during work. /CGTN Photo

The cave in the desert where the six men used to rest during work. /CGTN Photo

After more trial and error, the six men found a smart way to keep the trees alive. They put a bunch of straw in front of the saplings as protection. Then the desert slowly started turning green. But after four of the six men died, their sons felt reluctant to take over the laborious job.
Guo recalls, "I had mixed feelings. I was 31 years old and had a good job working for the government. But I finally chose to work at the tree farm because I would be so sad if those trees died." 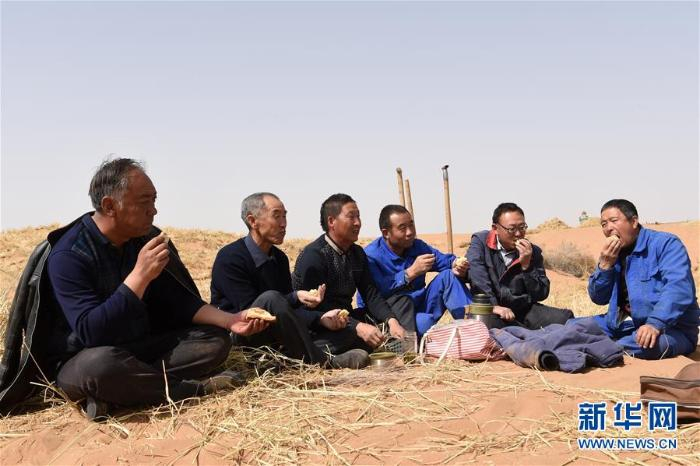 The second generation of tree planters taking a lunch break from their work in the desert. /Xinhua Photo

The second generation of tree planters taking a lunch break from their work in the desert. /Xinhua Photo

Shi Yinshan's father was one of the six men. He had been buried in the desert as he wished. He also asked Shi to take care of his trees in his final hours.
"I wasn't willing to do the work. But I saw Zhang and Cheng, two of the initial six men. They still kept working at a very old age. I thought I should at least give it a try," Shi said.
Besides Guo and Shi, He Zhongqiang, Luo Xingquan, Cheng Shengxue and Wang Zhipeng are also among the second generation of tree planters. Except for Wang, who is the son-in-law of Zhang Runyuan, the other five are all the sons of the first generation of tree planters. 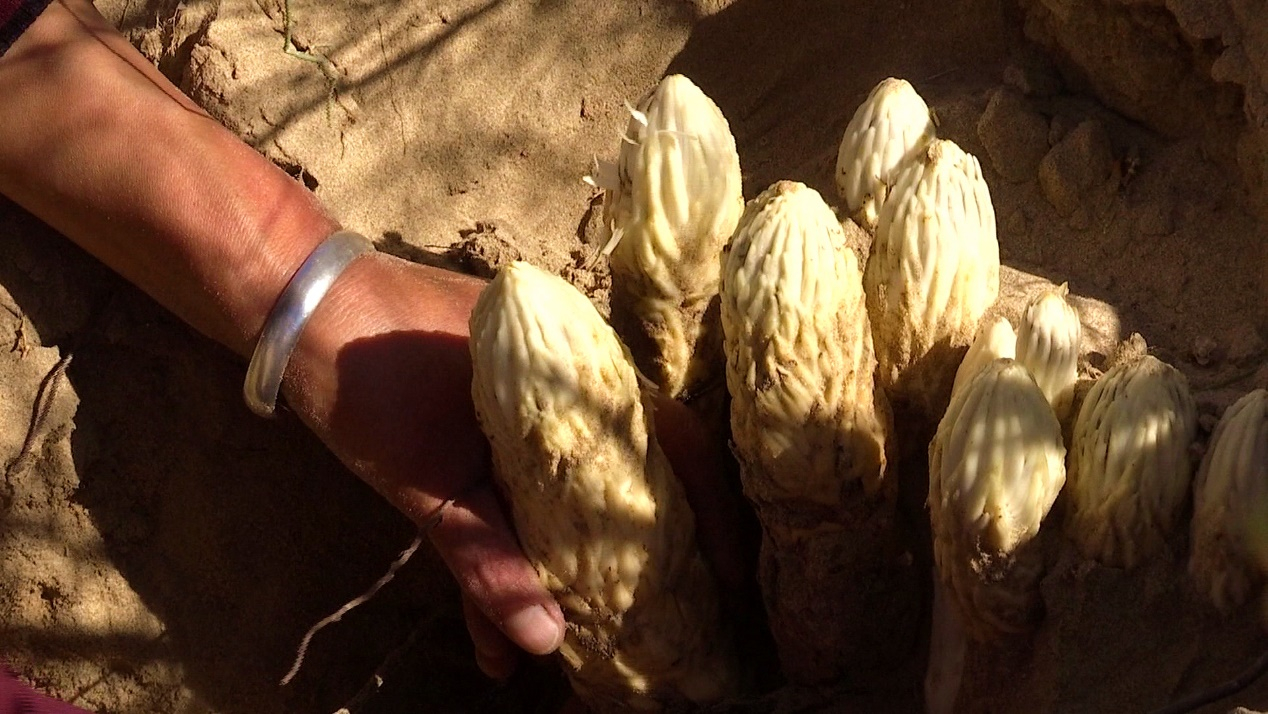 Guo Xi and his co-workers graft roucongrong or cistanche, a valuable herb, onto the suosuo or saxoul, a type of tree growing in the desert. /CGTN Photo

Guo Xi and his co-workers graft roucongrong or cistanche, a valuable herb, onto the suosuo or saxoul, a type of tree growing in the desert. /CGTN Photo

And when it comes to the third generation, Guo Xi, Guo Wangang's nephew, has brought something new.
Guo Xi introduced, "By adopting mechanization, we sow seeds of trees and herbs at the same time. While they both have controlled the desertification, by selling the precious herbs, we have made decent profits."
Now four decades have passed. The six men and their descendants have planted 40 million trees, covering an area of nearly 250 square kilometers. Local officials say massive sandstorms have been reduced in recent decades. A strong green belt has been protecting the railways, roads, farmlands and the villagers' homes.
(Cover: File photo of the 1993 May 5 black sandstorm in northwestern China. /CGTN Photo)