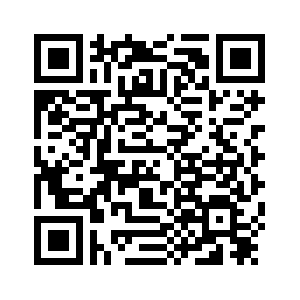 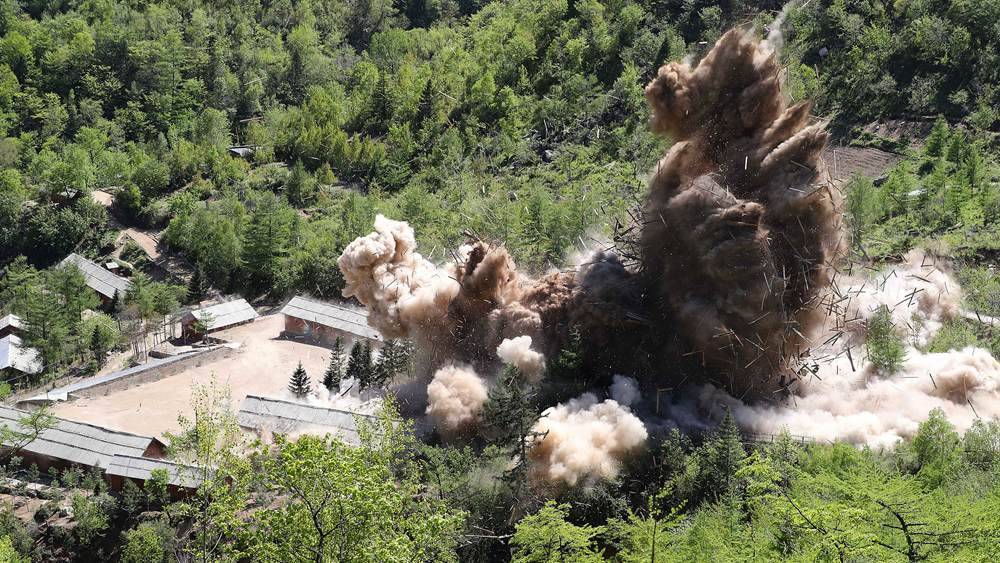 A spy agency of the Republic of Korea (ROK) has observed preparations by the Democratic People's Republic of Korea (DPRK) for international inspections at several of its nuclear and missile test sites, the Yonhap news agency said on Wednesday, citing a ROK lawmaker.
US officials declined to confirm the observations, but Secretary of State Mike Pompeo said in Washington he planned to meet his DPRK negotiating counterpart next week and would speak to him about inspections.
Pompeo said in a radio interview that DPRK leader Kim Jong Un had committed to allowing inspectors at two “significant” sites when he met him in Pyongyang this month. 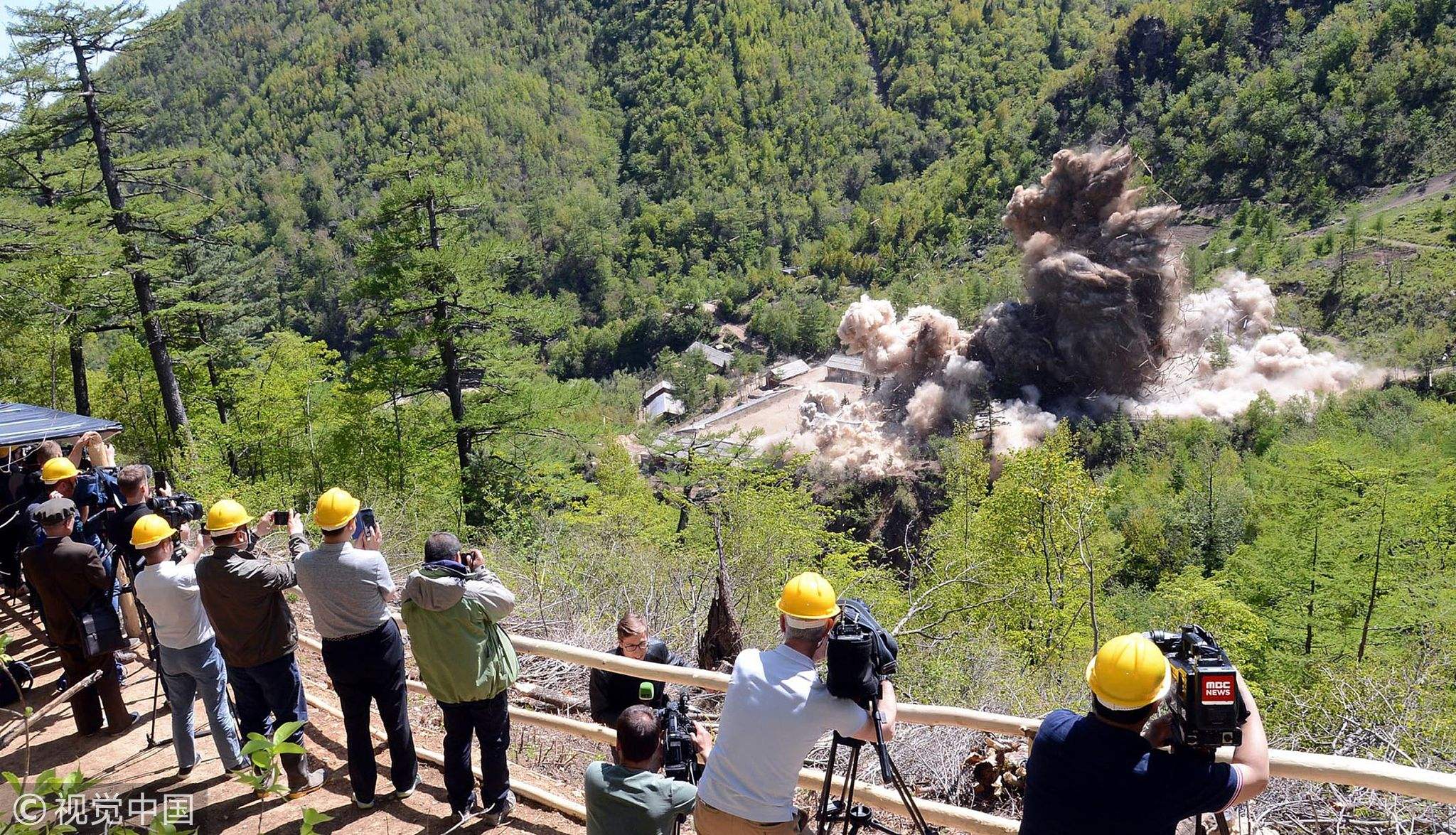 In this handout image provided by the News1-Dong-A Ilbo, the Punggye-ri nuclear test site is demolished in front of the international media in Punggye-ri, DPRK, May 24, 2018. /VCG Photo

In this handout image provided by the News1-Dong-A Ilbo, the Punggye-ri nuclear test site is demolished in front of the international media in Punggye-ri, DPRK, May 24, 2018. /VCG Photo

"We hope to get them there before too long,” he told the Laura Ingraham show. Pompeo did not identify the sites.
Kim Min-ki of ROK's ruling Democratic Party told reporters earlier that the country's National Intelligence Service observed DPRK's “conducting preparation and intelligence activities that seem to be in preparation for foreign inspectors' visit” at Punggye-ri nuclear test site and the Sohae Satellite launching ground.
The lawmaker added that no major movements had been seen at Yongbyon, DPRK's main nuclear complex.
The DPRK has stopped nuclear and missile tests in the past year, but it did not allow international inspections of its dismantling of Punggye-ri in May, drawing criticism that the action was merely for show and could be reversed.
In September, Kim Jong Un also pledged at a summit with ROK President Moon Jae-in to close Sohae and allow experts to observe the dismantling of the missile engine-testing site and a launch pad.

US, ROK to decide fate of future drills after review 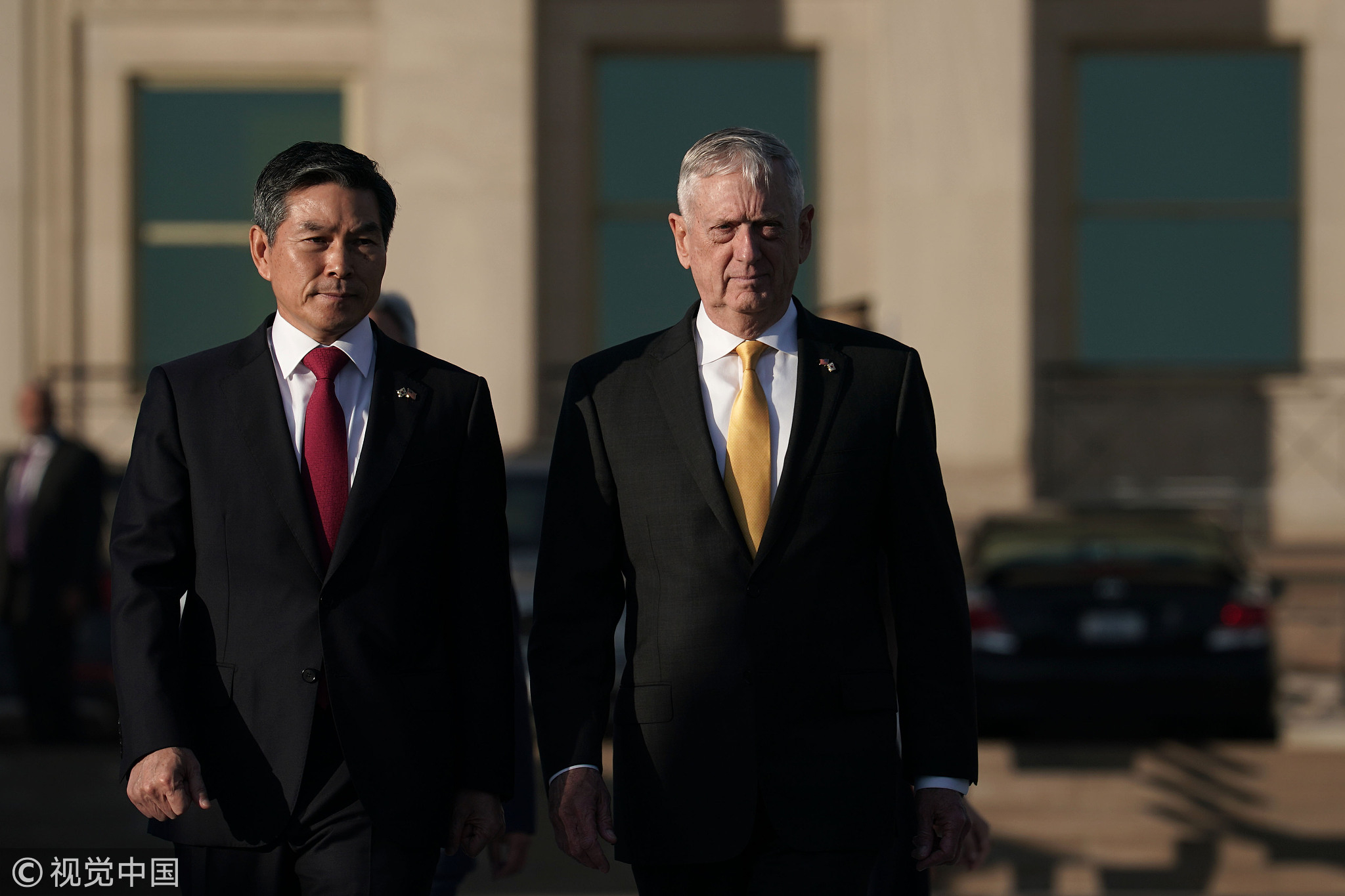 Speaking alongside US Defense Secretary Jim Mattis at the Pentagon, ROK Defense Minister Jeong Kyeong-doo said officials were conducting a review on what to do about future "major, large-scale exercises."
"We will make our final decision on any major exercises (that could happen) in the next year before the first of December," Jeong said.
Mattis said the Pentagon is not currently concerned about a degradation in military readiness, and both he and Jeong noted that smaller-scale collaborative training was ongoing.
"We are not right now concerned with a loss of combat capability," Mattis said.
"Clearly as we go forward we'll have to make adaptations to ensure we don't lose that capability, but right now, again, this is not a total suspension of all collaboration and military exercises."
Jeong added that ROK people "do not need to worry about any falls, any decreases, any negative impacts to our military capabilities or our readiness posture."
Source(s): AFP ,Reuters