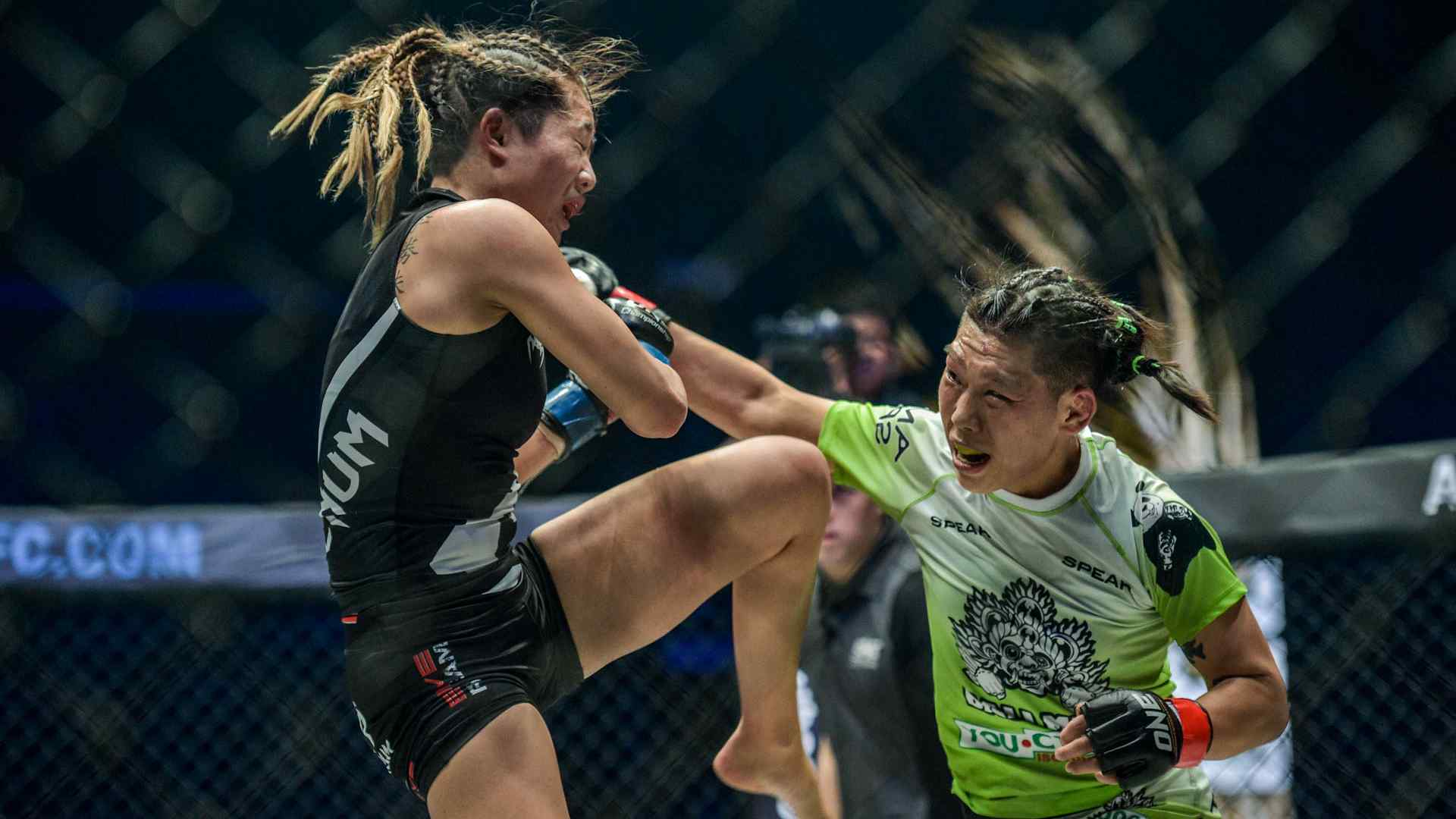 The clash between the queens of the two divisions in the MMA event ONE Championship, which was delayed five months from last November, ended up with China's Xiong Jingnan knocking down Singaporean Angela Lee in the fifth round, after surviving the latter's crunching fourth-round armlock at Ryogoku Kokugikan in Tokyo on Sunday night.
The 22-year-old "Unstoppable" had accumulated some momentum in the first three rounds and dragged Xiong to the ground at the very beginning of the fourth. The Brazilian Jiu-Jitsu black belt owner launched a triangle choke that hurt her opponent's right arm. But the Chinese overcame the pain and successfully took the match to the last round.
In the decisive moment, Xiong used all her strength and handed the exhausted Lee a shower of punches. At 3:23:00 to the bell, the referee separated the light-headed Lee from overwhelming attacks, as Xiong handed the women's atomweight champion the first loss in her MMA career. 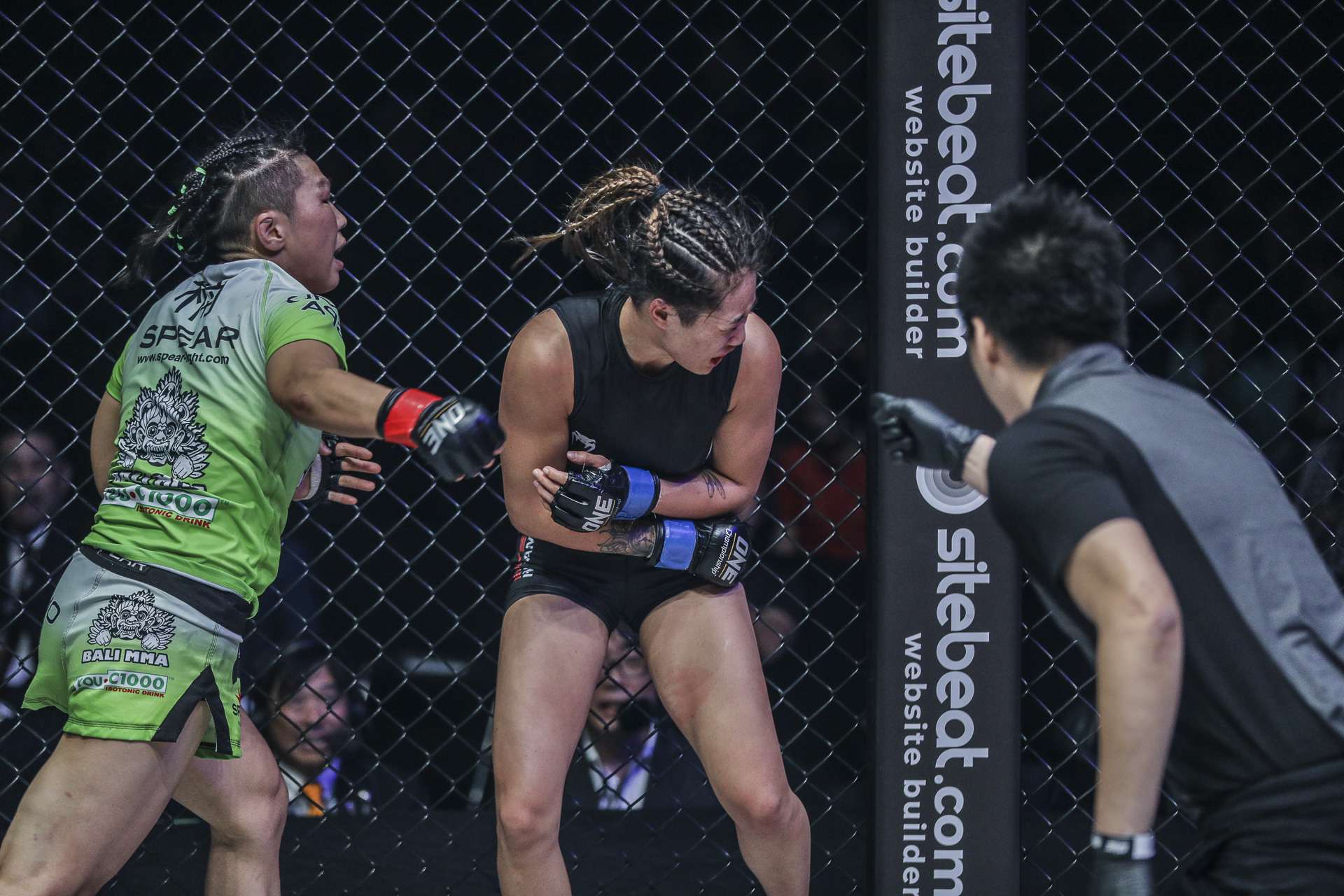 Lee, who was born in a martial arts family and joined the ONE Championship on May 22, 2015, had won all nine matches including seven submissions before and is one of the highest paid female fighters in the world. She withdrew from the first encounter with Xiong due to the recurrence of an old back injury.
The Shandong Province native Xiong, who was in fabulous condition then, experienced a tough time as everything had to be built up again from zero. "Rationally, I understand her as there's always something that the fighters cannot control," Xiong said before the bout. "But emotionally, I couldn't bear it, and I want to knock her out in this match."
Having the nickname "The Panda," in its Chinese pronunciation Xiongmao, Xiong showed Panda-like biting like power in this epic match, realizing what she had promised and defending her ONE Championship women's strawweight title. 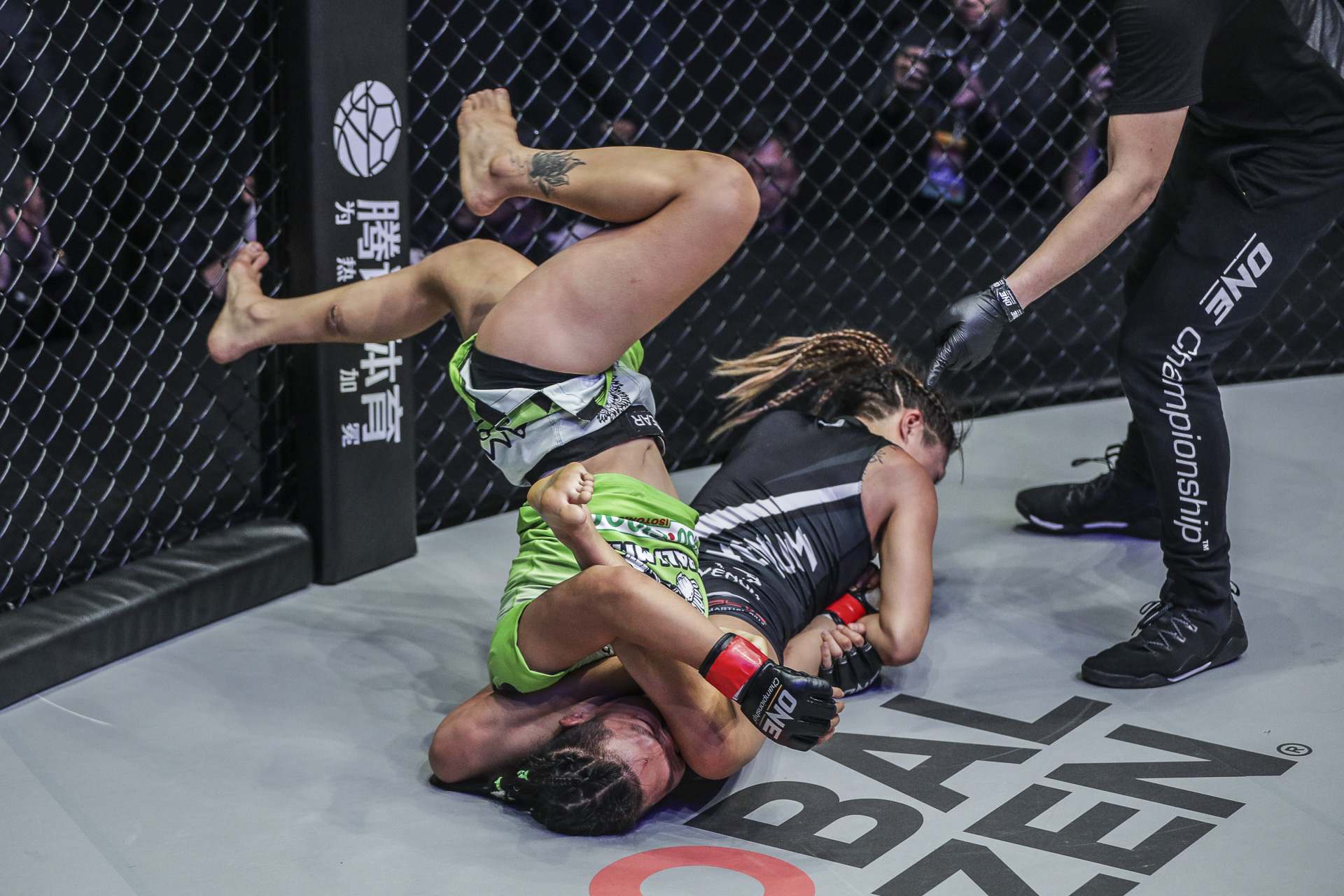 "Angela Lee is a very good fighter, as you could see from my face bruises. I respect her. And thanks for the support from my team and my fans. I love you," Xiong said after the match.
Chinese fans were moved as they watched Xiong hold back tears. Besides the words "my eyes were moist" dominating the live match chatroom, the audience on sites all over the world cheered for her.
"Many people didn't look good on you even after the fourth round match, but you proved yourself with your action and we are proud of you," netizen Jieliegouluo said in a message under Xiong's post "my arm is okay" on social media Weibo. 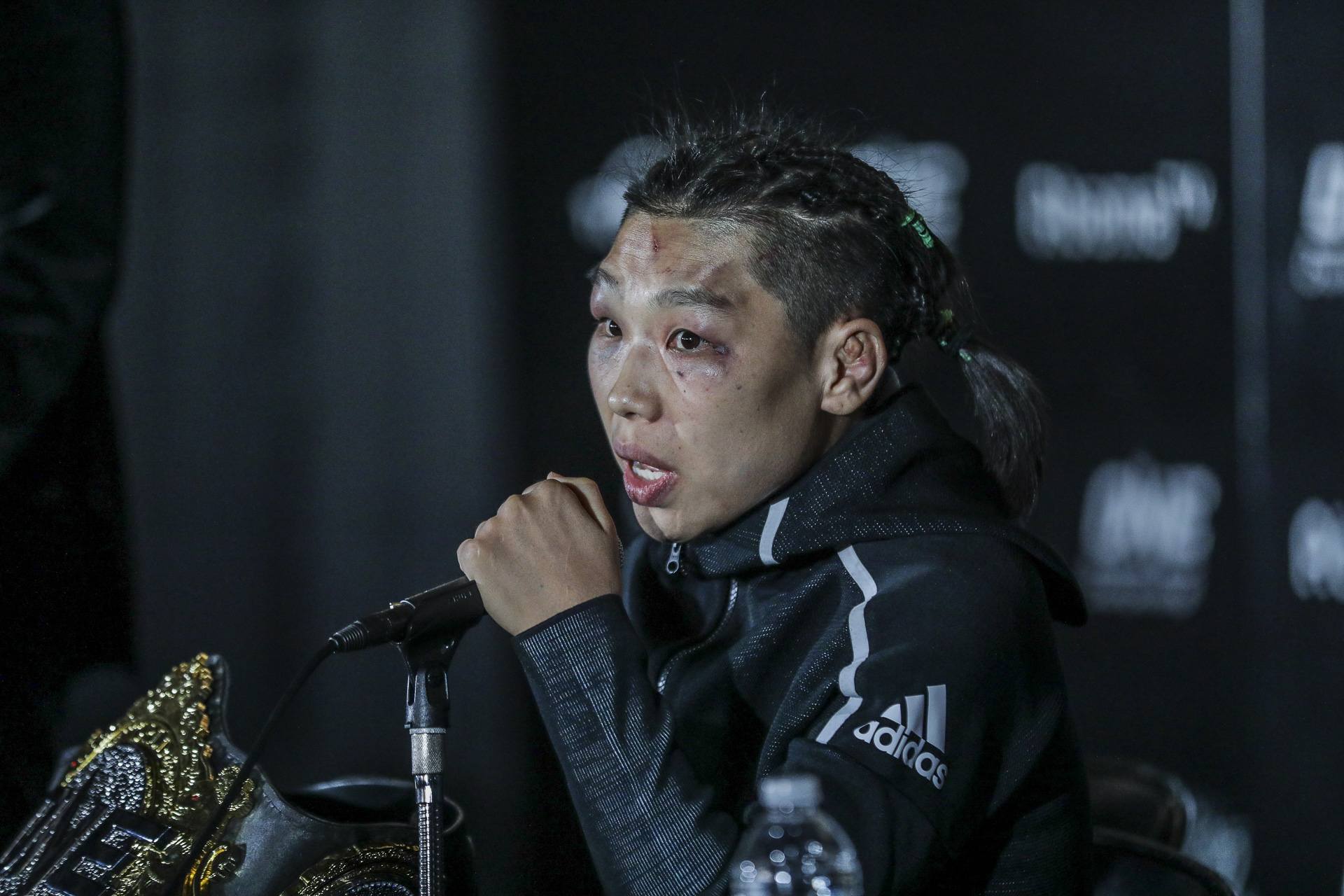 After this battle, the 31-year-old will go back home to see her family, with whom she didn't join during the Chinese New Year as she was preparing for the bout. She will rest for a while as her face is badly swollen. "Please open 'Beauty Effect'," Xiong joked.
(With video from Sports Scene)