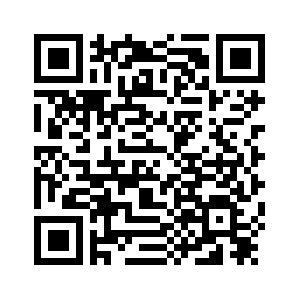 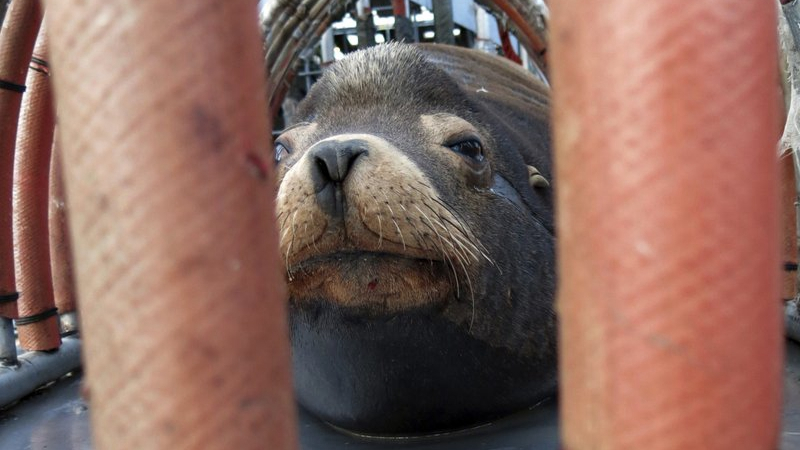 Wildlife officials of the western state of Oregon in the U.S. have started killing predatory California sea lions that threaten a fragile and unique type of trout in the Willamette River, a water body that's kilometers inland from the coastal areas where the massive carnivorous aquatic mammals usually congregate to feed.
The State Department of Fish and Wildlife obtained a federal permit in November to kill up to 93 California sea lions annually below Willamette Falls south of Portland, Oregon, to protect the winter run of rainbow trout that become steelhead when they swim back into the ocean. 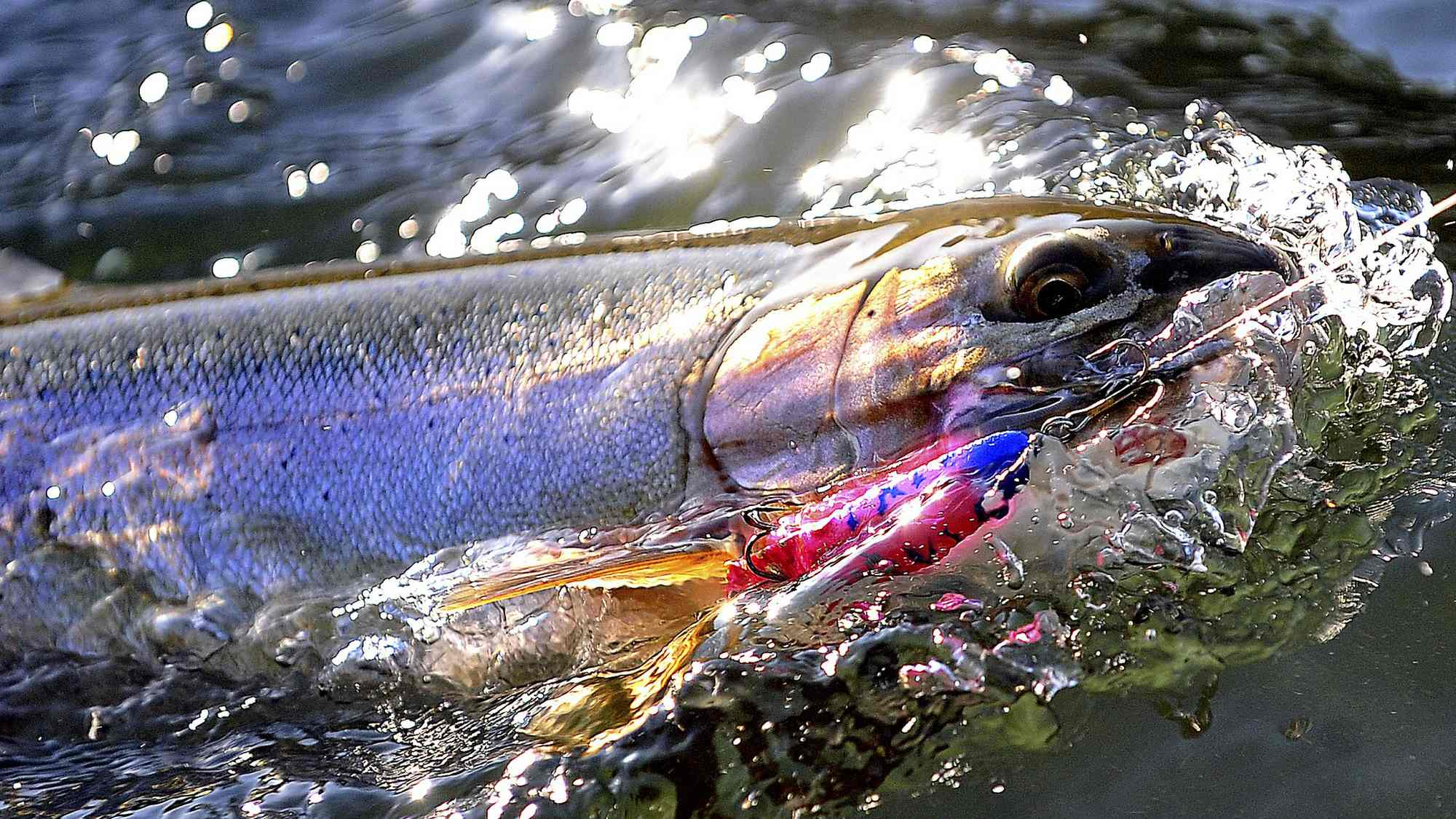 A steelhead trout is reeled in the Rogue River in Shady Cove, Oregon. /AP Photo

A steelhead trout is reeled in the Rogue River in Shady Cove, Oregon. /AP Photo

The trout travel to the sea from inland rivers, grow to adulthood as steelhead in the Pacific Ocean and then return to their natal river to spawn. They can grow up to 25 kilograms and live up to 11 years. As the fish power their way upriver to the streams where they hatch, their sneaky predators, the adult male sea lions that weigh nearly 454 kilograms each, have learned that they can loiter under the falls and snack on the vulnerable steelhead. 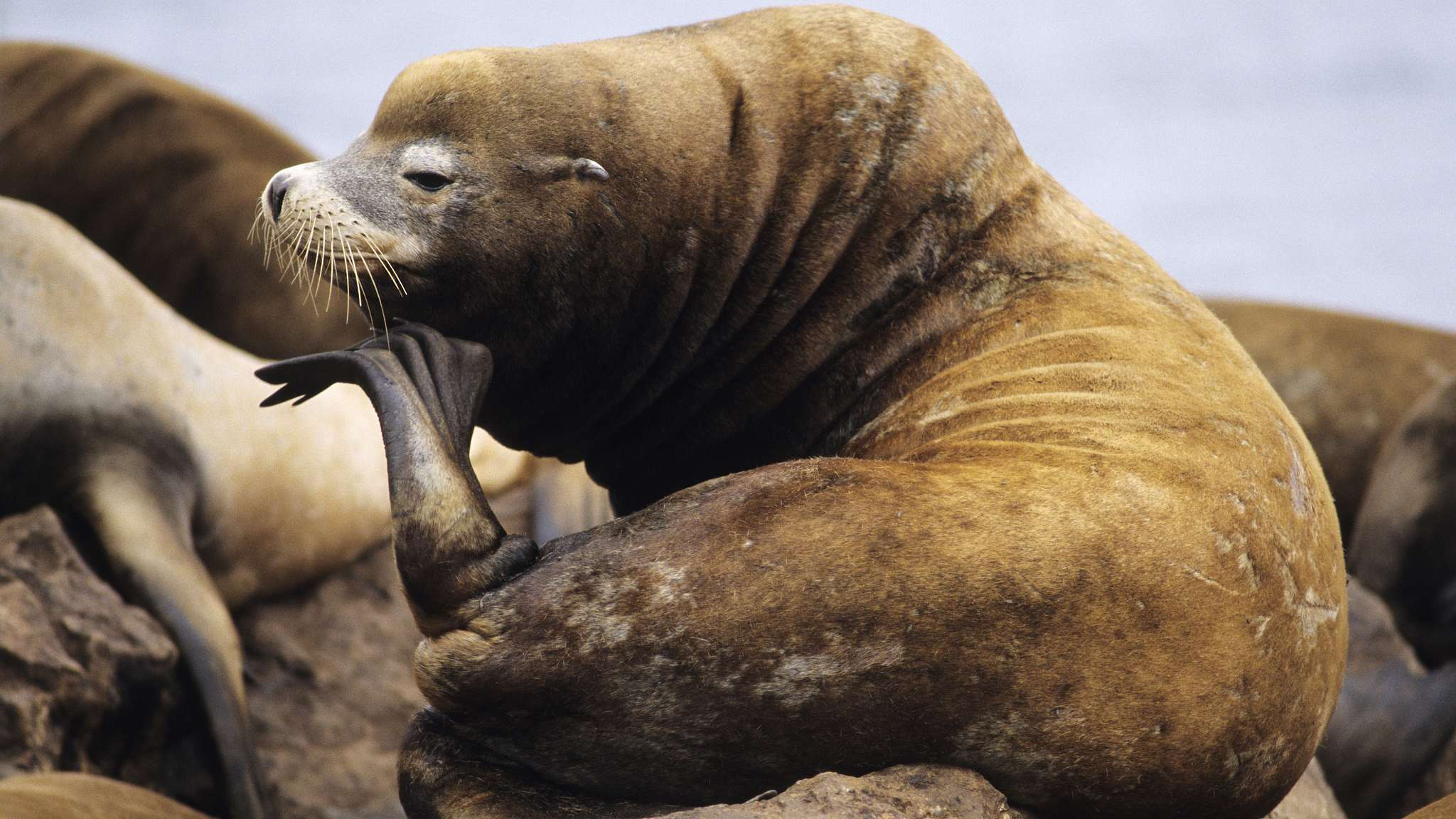 Hunted for their thick fur, the number of sea lions dropped dramatically but rebounded from 30,000 in the late 1960s to about 300,000 under legal protection.
With their numbers growing, the sea lions are venturing ever farther inland up the Columbia River, with their appetite having disastrous consequences. 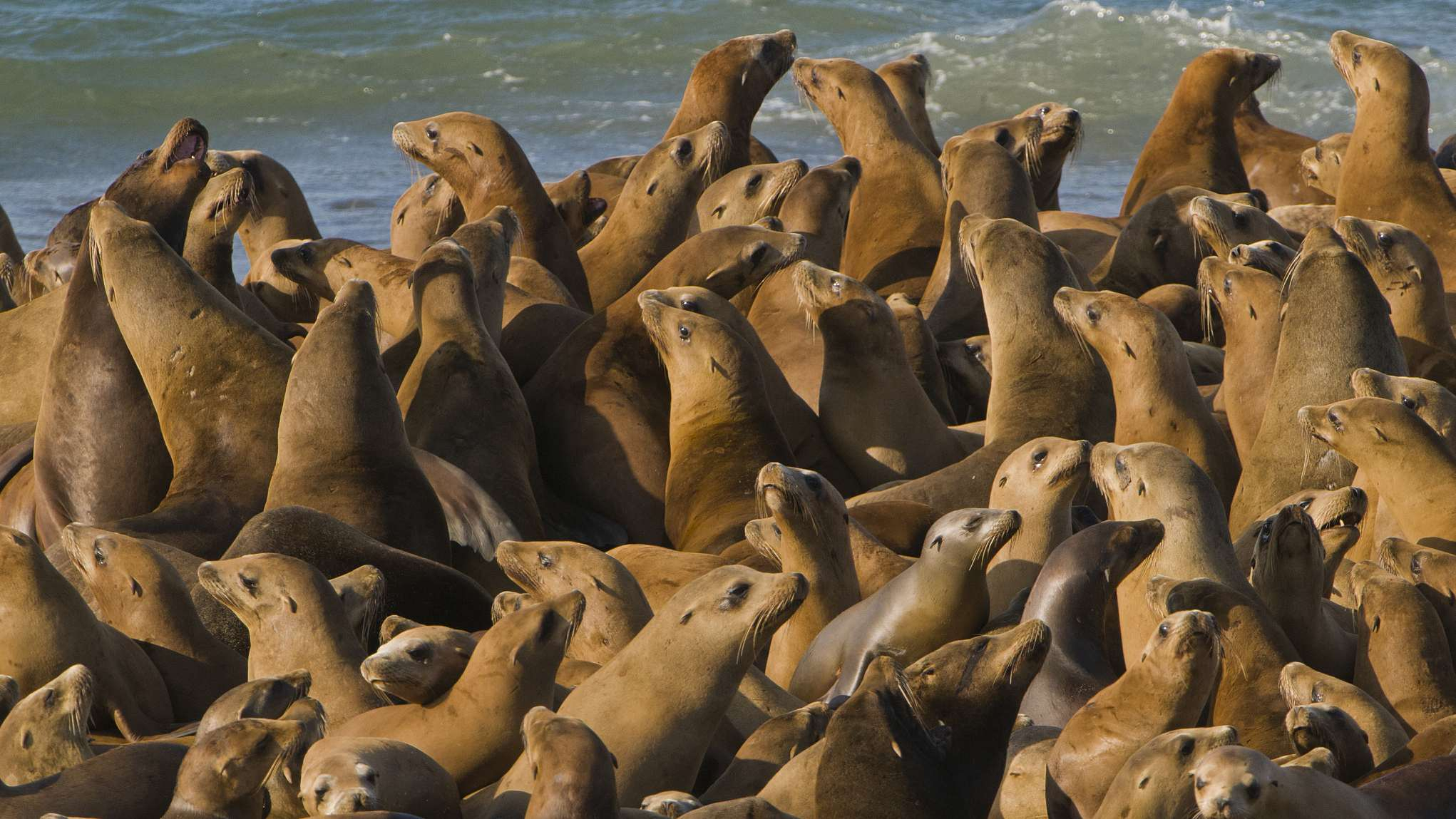 A large group of sea lions at the Monterey Bay in California. /VCG Photo

A large group of sea lions at the Monterey Bay in California. /VCG Photo

The sea lions are eating so many winter steelheads at Willamette Falls that certain runs are at high risk of going extinct. Last winter, a record-low 512 wild winter steelhead completed the journey past the Willamette Falls, according to state counts. Less than 30 years ago, that number was more than 15,000.
Wildlife officials moved about a dozen sea lions to the coast away from the falls last year, but the animals ended up swimming back within days. So the state petitioned for permission to start killing the animals, which are listed as a federally endangered species. 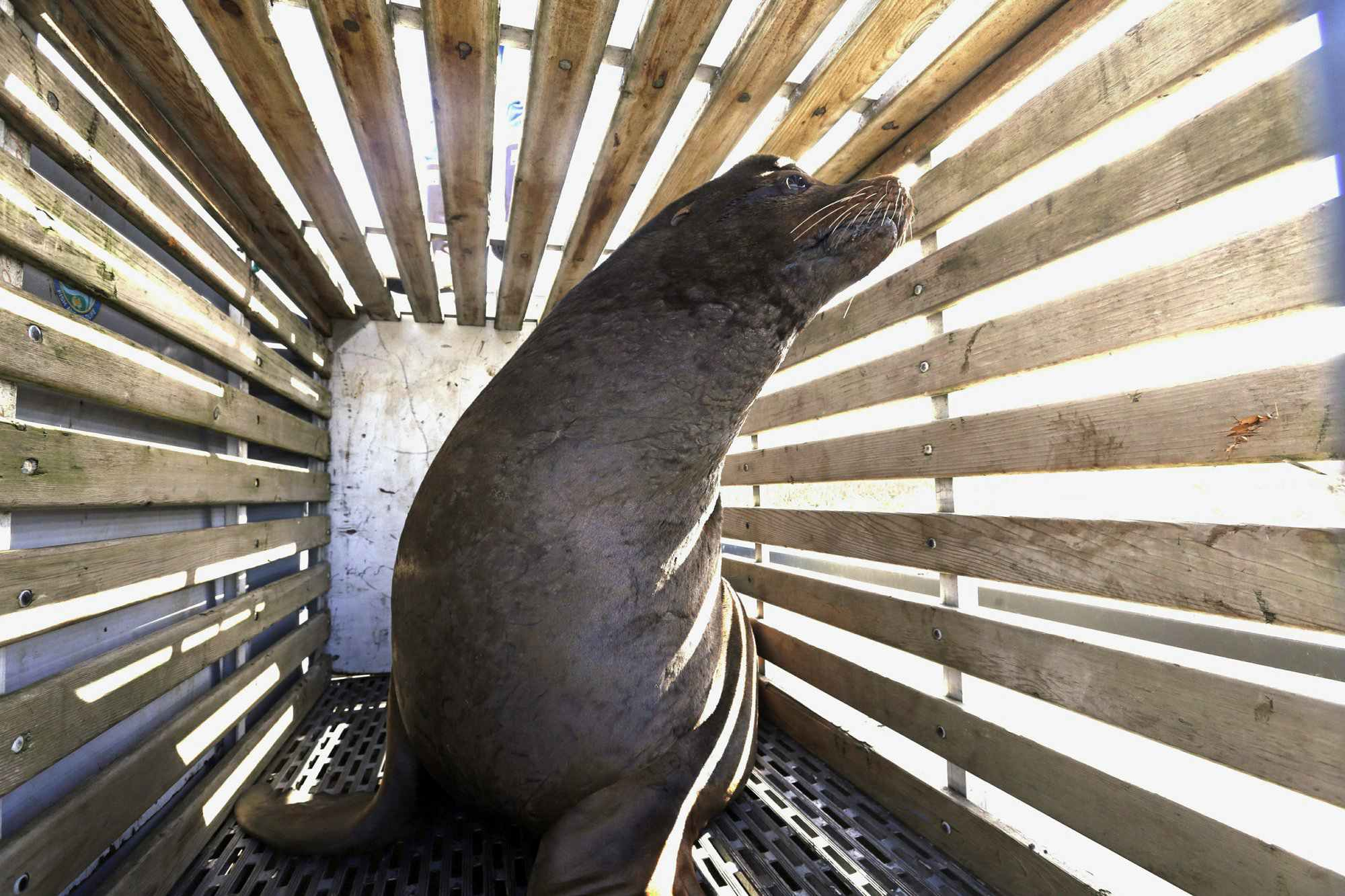 A sea lion that was trapped at Willamette Falls waits to be released into the Pacific Ocean. /AP Photo

A sea lion that was trapped at Willamette Falls waits to be released into the Pacific Ocean. /AP Photo

The permit specified that the targeted sea lions must have been observed eating at least one steelhead near Willamette Falls between November 1 and August 15 or have been observed in the same stretch of river on two consecutive days in that period.
As of last week, wildlife managers have killed three of the animals using traps they used last year to relocate the sea lions. In a similar program, Oregon and Washington have already killed more than 150 sea lions below the Bonneville Dam on the Columbia River to protect threatened and endangered salmon.
(Top image via AP: A California sea lion peers out from a restraint nicknamed "The Squeeze" near Oregon City in Oregon state, as it is prepared for transport by truck to the Pacific Ocean about 200 kilometers away.)
Source(s): AP