The U.S. is learning a trade war is truly ‘lose-lose’
John Ross 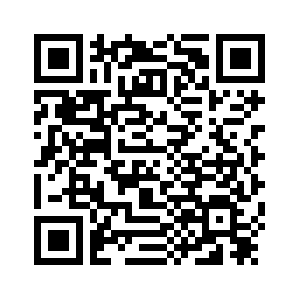 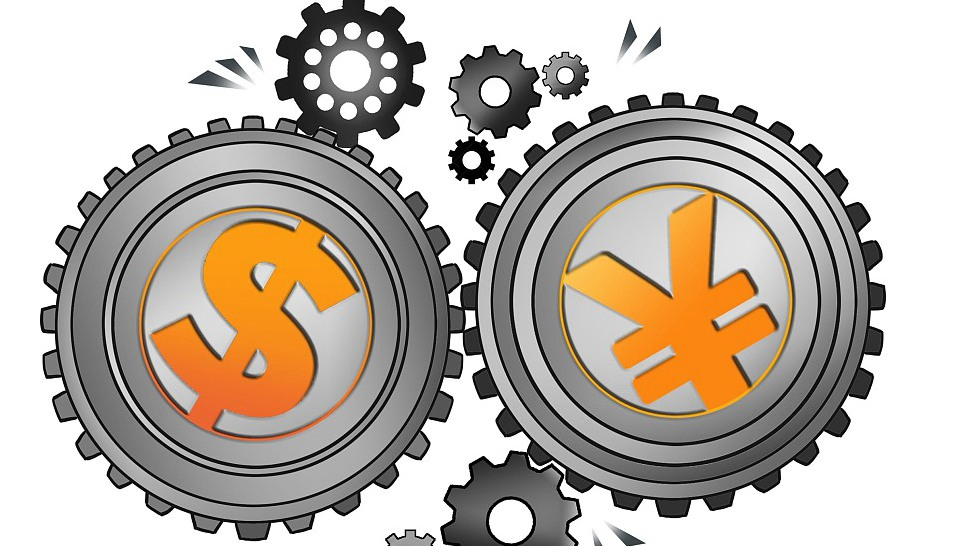 Editor's note: John Ross is a senior fellow at Chongyang Institute for Financial Studies under Renmin University of China. The article reflects the author's opinion and not necessarily the views of CGTN.
The new round of high-level economic and trade consultations between China and the United States started in Beijing on Thursday morning against a background whereby the world, and the U.S., now has a more accurate understanding of the consequences of a "trade war".
When President Donald Trump initially launched tariffs against China, two perspectives were put forward regarding their effects. The first, by Trump himself, was "trade wars are good and easy to win." China's was that it would be a "lose-lose" situation. 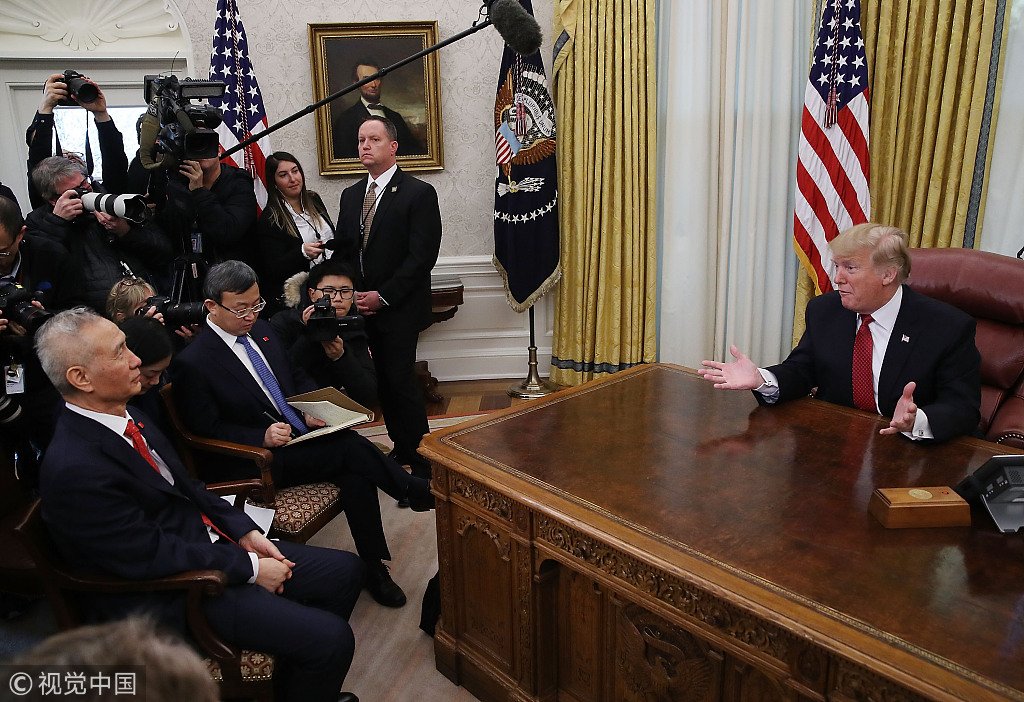 U.S. President Donald Trump speaks during a meeting with Chinese Vice Premier Liu He (L) in the Oval Office at the White House in Washington, DC, January 31, 2019. /VCG Photo

U.S. President Donald Trump speaks during a meeting with Chinese Vice Premier Liu He (L) in the Oval Office at the White House in Washington, DC, January 31, 2019. /VCG Photo

China's perspective is rapidly being proved correct.
To precisely analyze the impact of the tariffs, it should be noted that from early in his presidency, Trump verbally threatened to launch a tariff war against China.
On July 6, 2018, the U.S. imposed a 25-percent tariff on 50 billion U.S. dollars of China's exports. On September 24, the U.S. introduced a 10-percent tariff on 200 billion U.S dollars of China's exports again, and announced these would rise to 25 percent on January 1, 2019.
In both cases, China responded with proportionate tariff packages. Then, at the beginning of December 2018, following Chinese President Xi Jinping and President Trump's meeting at the G20 summit, it was agreed that the U.S. would leave the tariffs on 200 billion U.S. dollars' worth of Chinese exports at 10 percent until March 1.
Companies in the U.S. and China will have anticipated tariff changes in their advance orders, together with the impact of the December agreement, meaning that precise dating of the impact of the tariffs is complex. But the changes for both countries were so large as to leave no doubt as to the general impact.
U.S. exports to China peaked in December 2017 while China's to the U.S. peaked in October 2018. Since then, China's exports to the U.S. fell by 10.5 percent while U.S.'s to China dropped by 36.5 percent. Therefore, there was a "lose-lose" outcome, but the proportionate impact on U.S. exporters was greater. 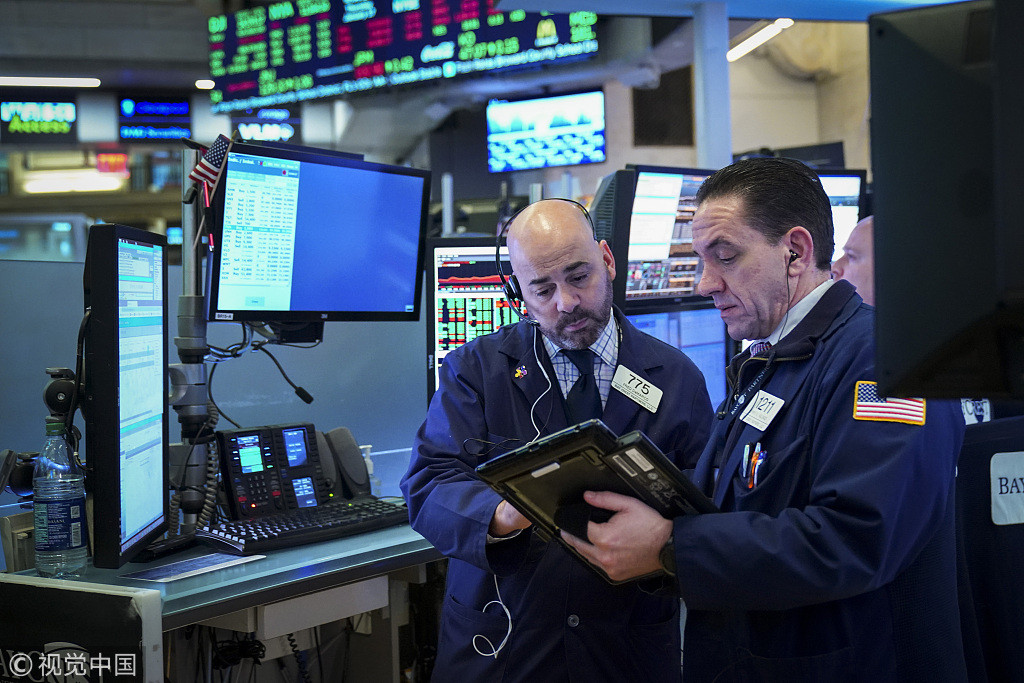 Traders work on the floor of the New York Stock Exchange (NYSE) at the closing bell, January 17, 2019. /VCG Photo

Traders work on the floor of the New York Stock Exchange (NYSE) at the closing bell, January 17, 2019. /VCG Photo

Innumerable factors affect economies, so it is difficult to give precisely quantified results of the trade war but they were clearly negative for both countries.
The trade war certainly contributed to China's southern export powerhouse Guangdong Province only hitting 6.8-percent GDP growth in 2018 instead of the 7.0-percent target.
In the U.S., Ford stated that President Trump's tariff war cost it one billion U.S. dollars. But potentially much more damaging electorally is the impact of the trade war on voters – U.S. consumers, workers, and farmers.
In the U.S. Midwest, a key electoral area for President Trump, farm debts in 2018 rose to 410 billion U.S. dollars, the highest since the early 1980s farming crisis.
John Newton, chief economist at the American Farm Bureau Federation, concluded: "It is a pretty tough situation－farm incomes are down nearly 50 percent from 2013 and 20 billion U.S. dollars below the 20-year average.” In particular, he noted: “Soybean exports are down about 40 percent compared to a year ago and over 90 percent to China.” 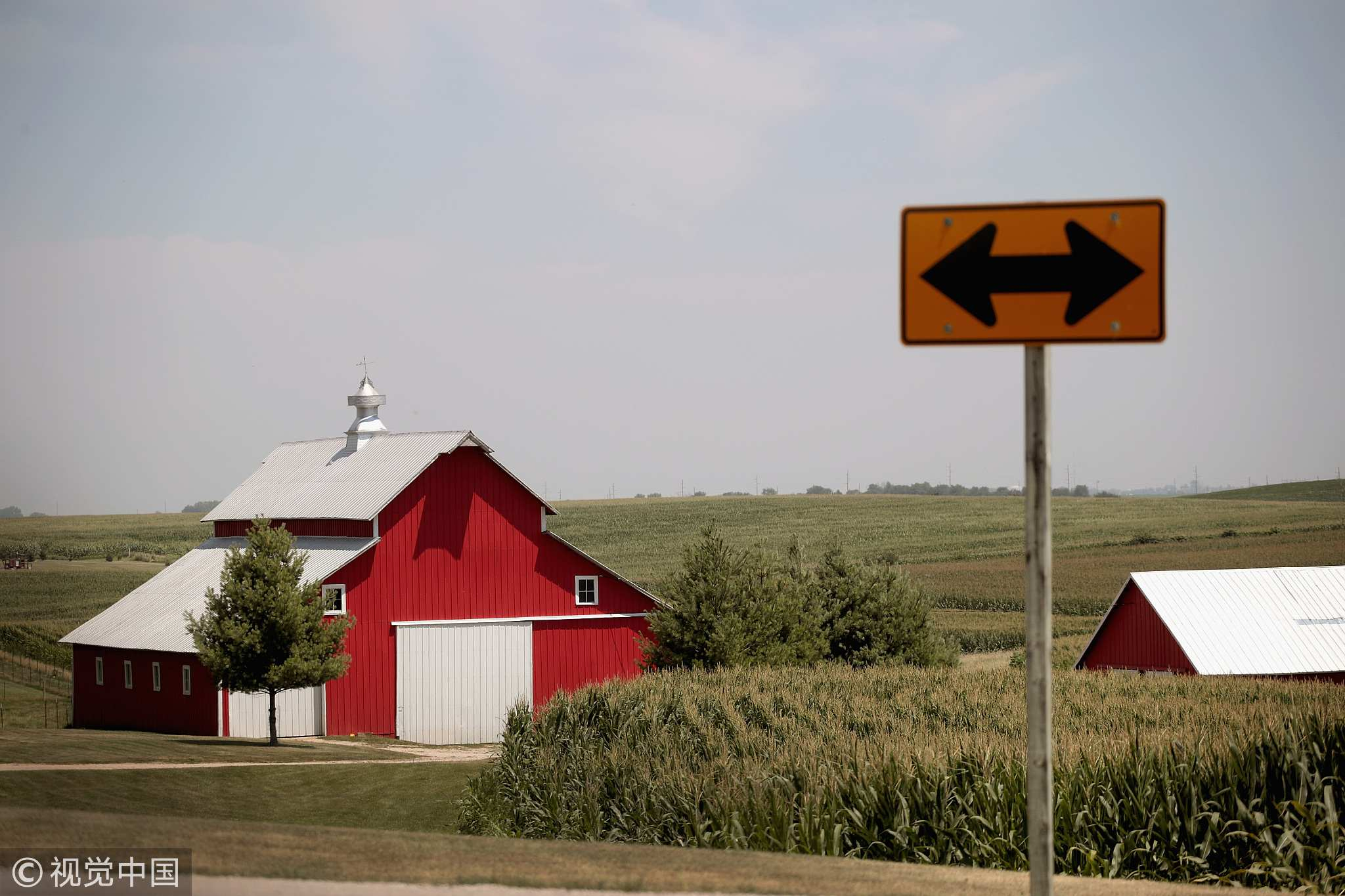 Corn grows on a farm near Amana, Iowa, July 13, 2018. Farmers in the U.S.‍, who are already faced with decade-low profits, are bracing for the impact a trade war with China may have on their bottom line going forward. /VCG Photo

Corn grows on a farm near Amana, Iowa, July 13, 2018. Farmers in the U.S.‍, who are already faced with decade-low profits, are bracing for the impact a trade war with China may have on their bottom line going forward. /VCG Photo

The Wall Street Journal found that in the Illinois, Indiana and Wisconsin court districts farm bankruptcy applications doubled.
The potential impact on U.S. consumers is still more widespread. The respected Western company Oxford Economics found: “Chinese manufacturing… lowered prices in the United States for consumer goods, dampening inflation and putting more money in American wallets… trade with China… saved… families up to 850 U.S. dollars.”
The reverse is therefore also true – blocking Chinese imports through tariffs would raise prices for U.S. households by 850 U.S. dollars if applied to all goods.
The U.S. administration's concern about the impact of tariffs in raising prices for U.S. consumers was shown by the fact that smartphones and key consumer products were so far exempted.
These negative impacts on the U.S. will increase as its economy is projected to slow－the IMF anticipates U.S. per capita GDP growth will fall from a healthy 2.2 percent in 2018, to 1.9 percent in 2019, to an anemic 1.2 percent in the 2020 election year.
U.S. share markets were also negatively influenced by the trade conflict. The S&P 500 fell by 14.5 percent between its peak in September 2018 and the end of the year. This included the worst fall in December for 87 years – since the depth of the Great Depression in 1931.
A recovery in January came following a phone call from President Trump to  President Xi indicating greater optimism on trade talks, but by 11 February the S&P500 had still lost 7.5 percent since its peak. If optimism on the trade talks turned out to be unjustified the effects on share markets could again be anticipated to be negative.
In summary, the analysis that trade wars were beneficial was shown to be false－and the view it would be “lose-lose” was accurate. It is therefore greatly to be hoped, in the interests of both countries that the trade negotiations lead to an end of this conflict and its negative effects.
(If you want to contribute and have specific expertise, please contact us at opinions@cgtn.com.)