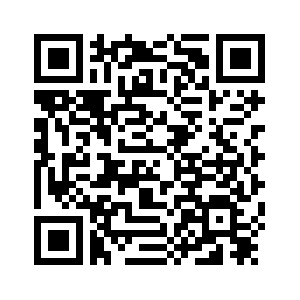 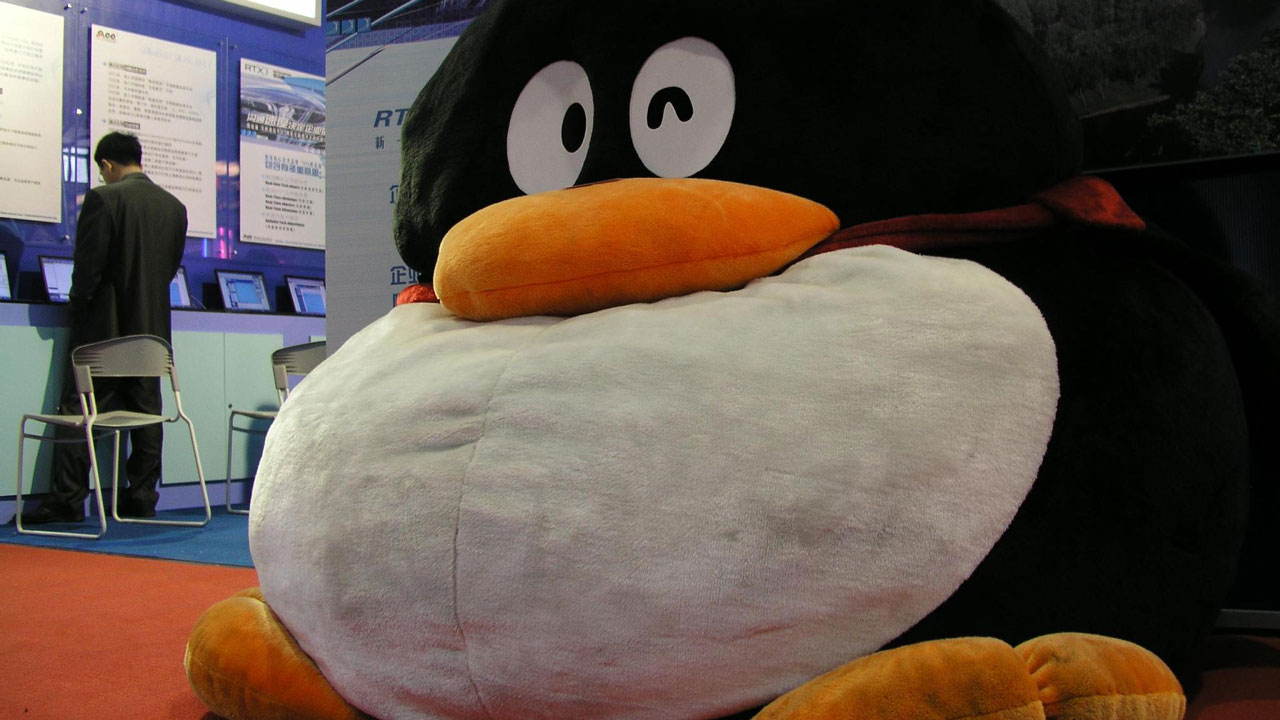 Tencent QQ, one of China's most influential messaging and social networking softwares, waved goodbye to its outdated byproduct on the first day of the New Year due to internal business restructuring.
The WebQQ, which provides service in a browser window instead of separate software, will end its service to tens of millions of users starting from January 1, 2019.
We at CGTN tried to open WebQQ in a browser but was greeted with a notice saying the service is over and offered a link to the software download page. 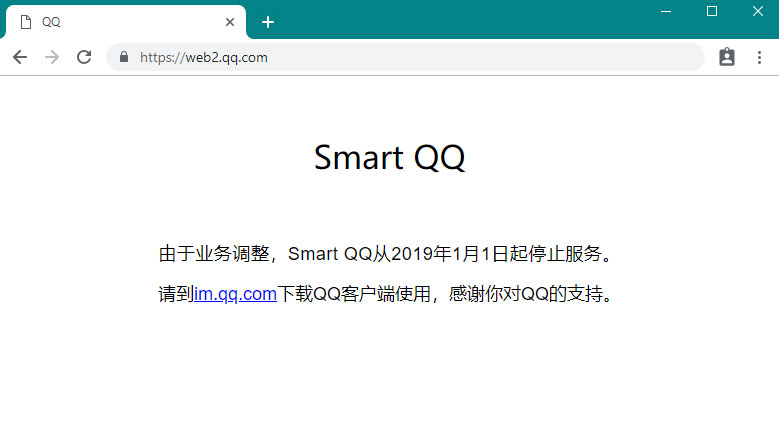 Shut down notice of WebQQ/Smart QQ product /Screenshot from Tencent

Shut down notice of WebQQ/Smart QQ product /Screenshot from Tencent

In the good-old PC days, when smartphones were not as pervasive as they are today, WebQQ's accessibility and compatibility made it stand out from other products.
It was convenient for users on public computers in cafeterias, airports or hotels to make sure they were still connected to friends online.
Launched in 2009, WebQQ was renamed SmartQQ and scaled back its features, keeping only its messaging service.
Features like digital pets, game center and music streaming were removed from the web version.
The change was an attempt to better serve people in the offices. But it didn't work out.

Although Tencent only shut down the web version of QQ, the announcement triggered heated discussion among those from Generation Y.
Many of them posted on other social media platforms, igniting a wave of nostalgia for their school days.
The glory of QQ has been overshadowed by the almighty WeChat, Tencent's new star on smartphones released in 2011.
QQ is available on smartphones as well. But many users found it too complicated to use compared to WeChat. QQ accounts can be used to log into WeChat.
What's more, WeChat can be used on web browsers like Chrome, making it a viable replacement for WebQQ. 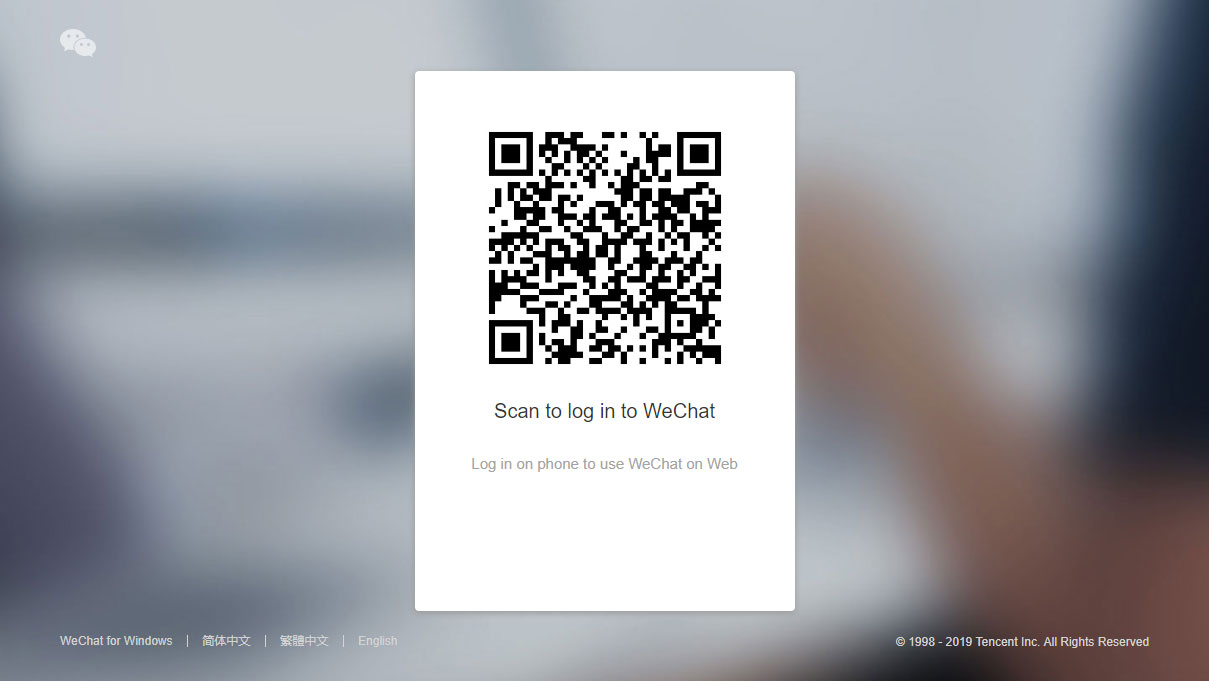 The web page version of WeChat still works, as we at CGTN checked on January 1, 2019. /Screenshot from Tencent

The web page version of WeChat still works, as we at CGTN checked on January 1, 2019. /Screenshot from Tencent

According to Tencent's published financial report, QQ's overall monthly active users (MOU) has continued to fall since the second quarter in 2016.
This year, the number was down to 803 million, a 4.8-percent decrease compared to the same period last year.
During the same period, WeChat accumulated a total of 1.08 billion MOUs.

As Tencent's focus moved to WeChat, many QQ users grew worried their beloved penguin logo will disappear.
Rumors said Tencent would also end QQ's international service to European users on May 20, 2018, five days before EU's General Data Protection Regulation (GDPR) was put into place.
But the news turned out to be fake as Tencent denied it with an official announcement published on QQ's official WeChat (Was this sarcasm?) account, saying that QQ will not stop its service to EU users, as the international version will remain available. 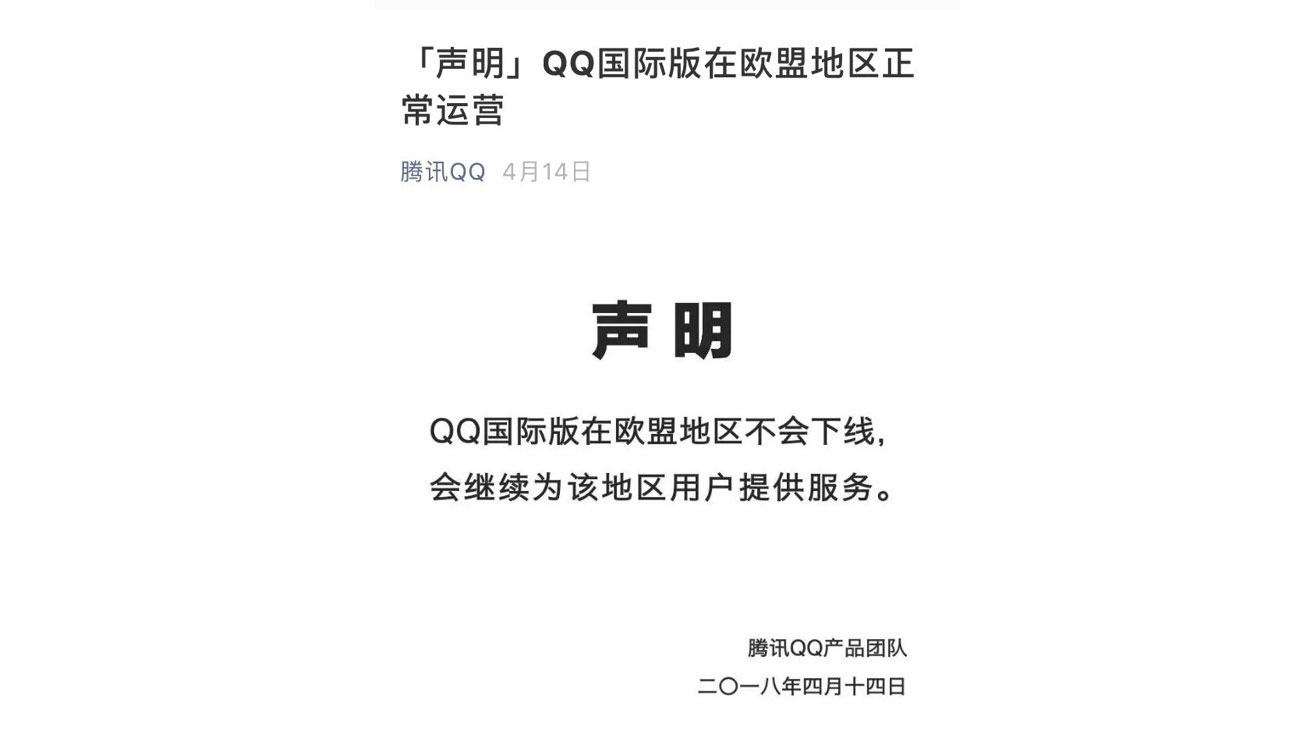 QQ's announcement on the continuity of service for users in the EU. /Screenshot from WeChat

QQ's announcement on the continuity of service for users in the EU. /Screenshot from WeChat

GDPR is the EU's answer to global privacy concerns raised by data breaches such as those involving Cambridge Analytica and Equifax. It grants EU citizens a right to force companies to delete their personal data.
If companies fail to behave, they will face a hefty fine up to four percent of annual global revenue, or about 23 million U.S. dollars.

Read more: Why GDPR may not work at all