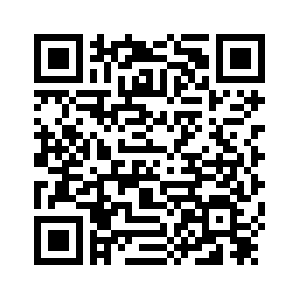 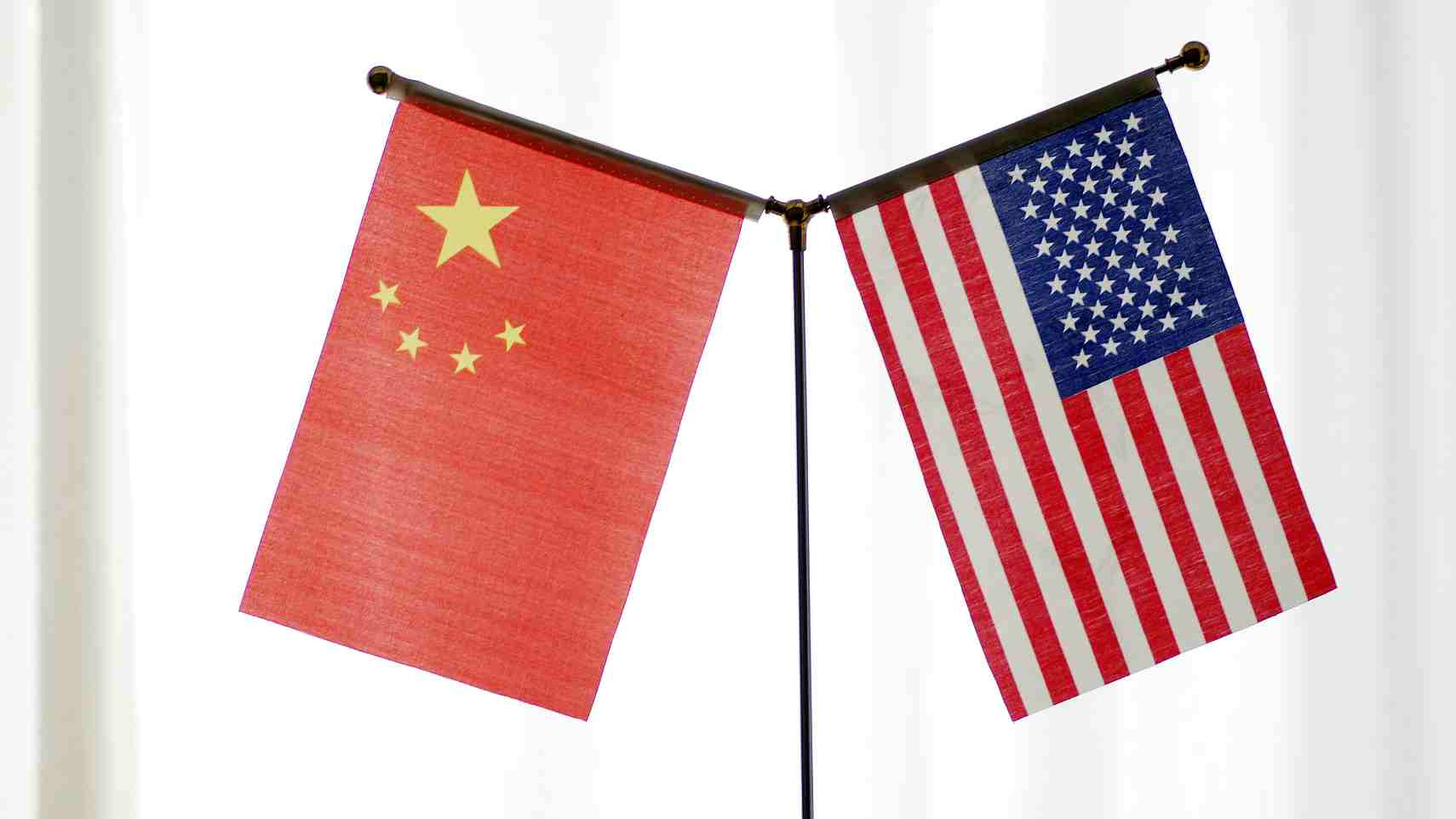 Editor's note: The following article is an editorial piece first published by Global Times on November 10, 2018.
China and the US held their second diplomatic and security dialogue in Washington, DC on Friday. Yang Jiechi, a member of the Political Bureau of the Communist Party of China (CPC) Central Committee and director of the Office of the Foreign Affairs Commission of the CPC Central Committee, co-chaired the dialogue with US Secretary of State Mike Pompeo and Secretary of Defense James Mattis.
Chinese State Councilor and Defense Minister Wei Fenghe participated in the dialogue.
Both sides made positive statements at a post-meeting press conference, and they agreed the dialogue was frank, constructive and result-oriented.
During the press conference, Yang expressed that he hopes to resolve trade disputes through negotiation. He also said that China has committed itself to working with the US for non-confrontation, and will stay on the course of reform and opening-up. 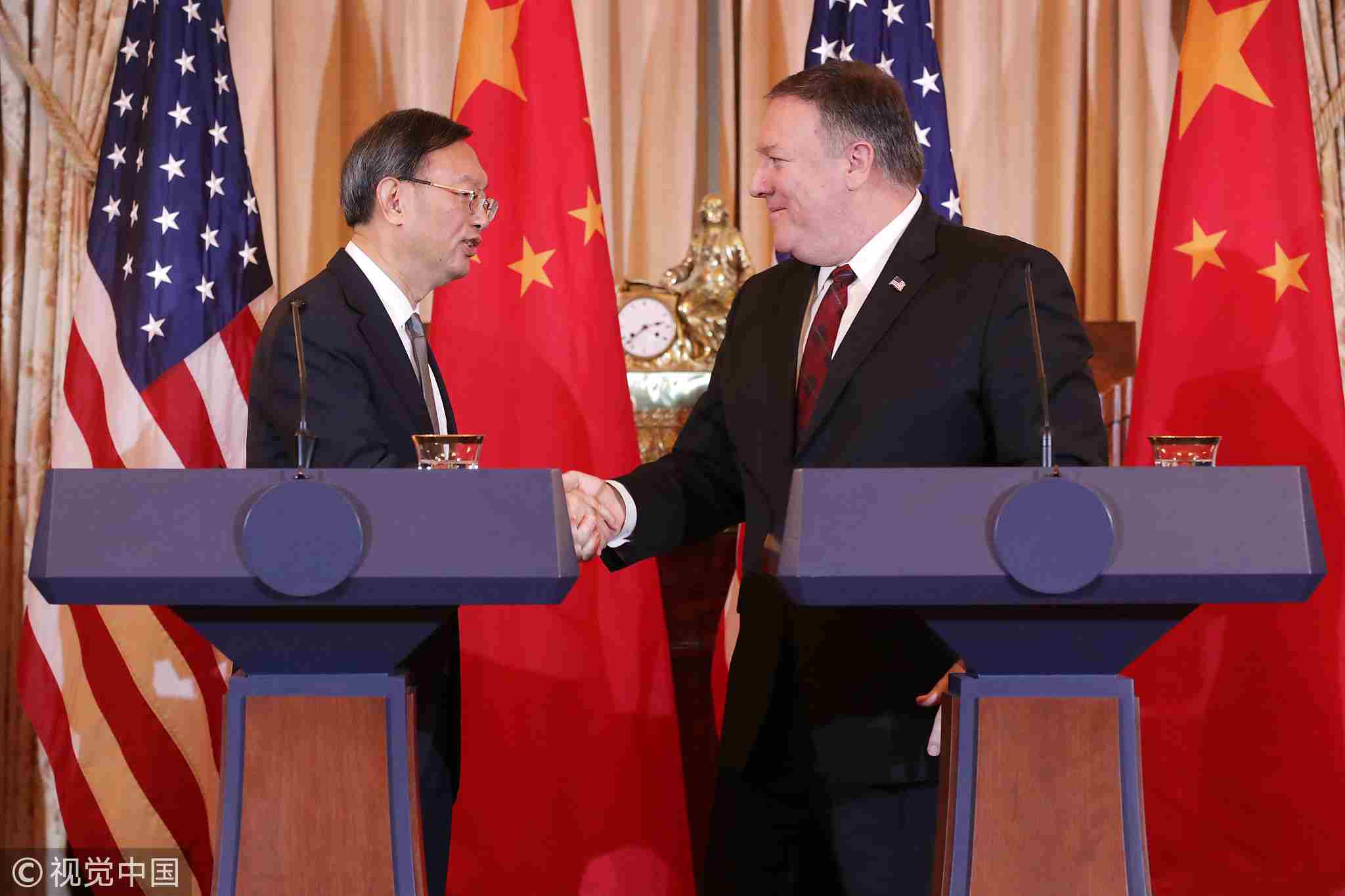 Senior Chinese diplomat Yang Jiechi and US Secretary of State Mike Pompeo shake hands at the conclusion of a joint press conference after the US-China Diplomatic and Security Dialogue in Washington, DC, the US, November 9, 2018. /VCG Photo

Senior Chinese diplomat Yang Jiechi and US Secretary of State Mike Pompeo shake hands at the conclusion of a joint press conference after the US-China Diplomatic and Security Dialogue in Washington, DC, the US, November 9, 2018. /VCG Photo

Yang stressed that China does not intend to challenge or replace any country. He also addressed concerns  regarding China's Xinjiang Uyghur Autonomous Region and the South China Sea.
Pompeo said during the press conference that the US isn't pursuing a Cold War or containment policy with China, but wants to ensure that China acts responsibly and fairly in support of security and prosperity. He also said China-US cooperation remains essential for many issues, even if they involve important differences in the relationship.
Both countries fully explained their positions and strategic intentions during the dialogue. Although China and the US lack mutual trust, they were able to speak frankly. China intends not to confront the US and adhere to its reforms. The US thinks that China has been arrogant in recent years. Again China addressed these concerns frankly, which aimed to reduce the US' doubt.
Addressing China's greatest concerns, the US stressed that it doesn't seek to pursue a Cold War or contain China. Although Chinese may still have their doubts, their words came as a reassurance to Beijing to some extent.
It would be unrealistic to address all China-US concerns through one meeting. But dialogue helps.
Rarely under the current circumstances have both sides expressed such constructive attitudes. This is valuable, as it relieves tensions between the two sides. Only in this way can Beijing and Washington promote their relationship and stop it from deteriorating. 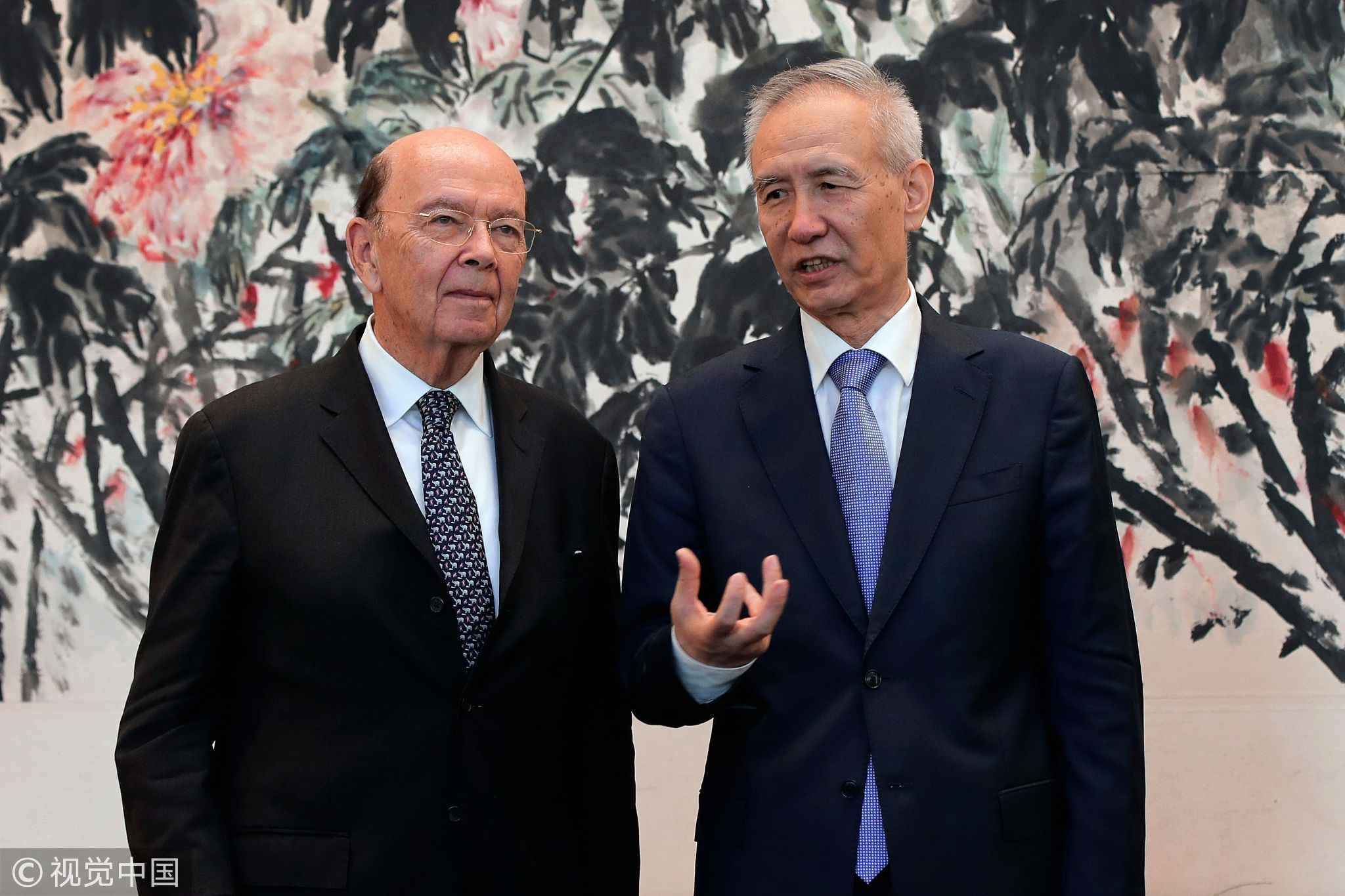 US Commerce Secretary Wilbur Ross (L)  with Chinese Vice Premier Liu He (R) during a photo session after their meeting at the Diaoyutai State Guesthouse in Beijing, June 3, 2018. /‍VCG Photo‍

US Commerce Secretary Wilbur Ross (L)  with Chinese Vice Premier Liu He (R) during a photo session after their meeting at the Diaoyutai State Guesthouse in Beijing, June 3, 2018. /‍VCG Photo‍

Both Beijing and Washington emphasized the importance of cooperation. This perhaps is an expression of real willingness from both sides, and not simply diplomatic rhetoric. The benefits of Sino-US collaboration are obvious, such as achieving economic interests and the resolution of international issues that concern both China and the US. But any confrontation will only result in high consumption of resources and with low output.
On November 1, a telephone conversation between Chinese President Xi Jinping and his US counterpart Donald Trump was held. Now a diplomatic and security dialogue has taken place. Xi and Trump will meet at the G20 summit later this month.
Momentum is gaining for easing tensions between China and the US. During the process, Beijing and Washington should push for practical results and make actual progress in fields like economy, trade, and military relations. It would boost mutual confidence in solving disputes through communication.
The latest dialogue raised hopes for solving issues between the two nations through negotiations. The following difficulties are probably where both sides can draw an acceptable line of fairness between them.
Conflicts are occurring between China's core interests and US vested interests, be it geopolitics in Asia or economics and trade. The two countries probably need to figure out this line of equality and fairness to ensure the core interests of Beijing while taking care of the vested interests of the US.
(If you want to contribute and have a specific expertise, contact us at opinions@cgtn.com.)