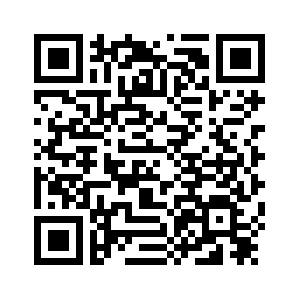 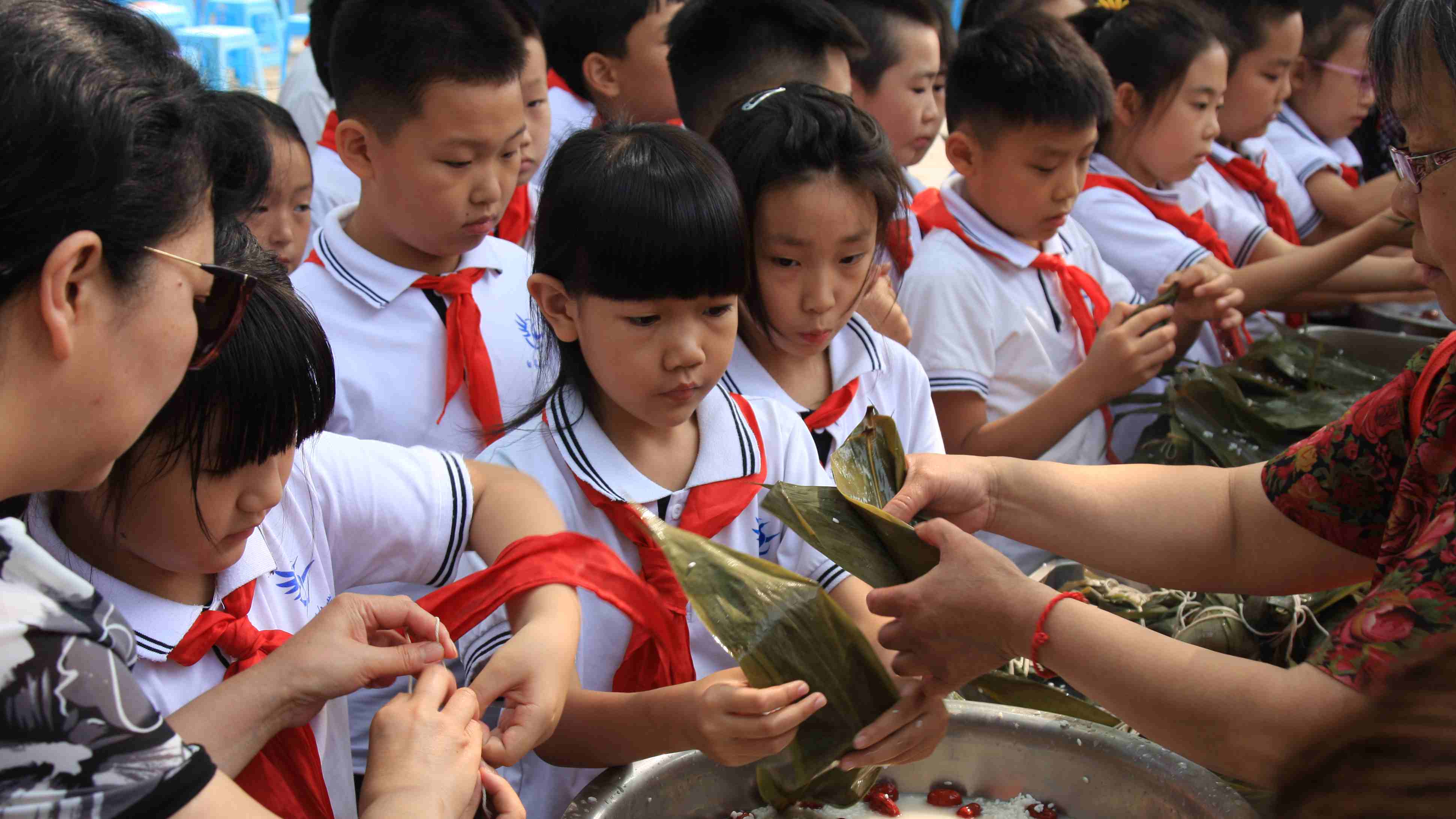 ‍Dozens of elementary students took part in this year's Duanwu Festival, or Dragon Boat Festival, celebration at the Dongyue Temple.
The almost 700-year-old protected cultural site is also the site of the Beijing Folk Museum. For the past 20 years, it has held educational activities on this very day for the public. 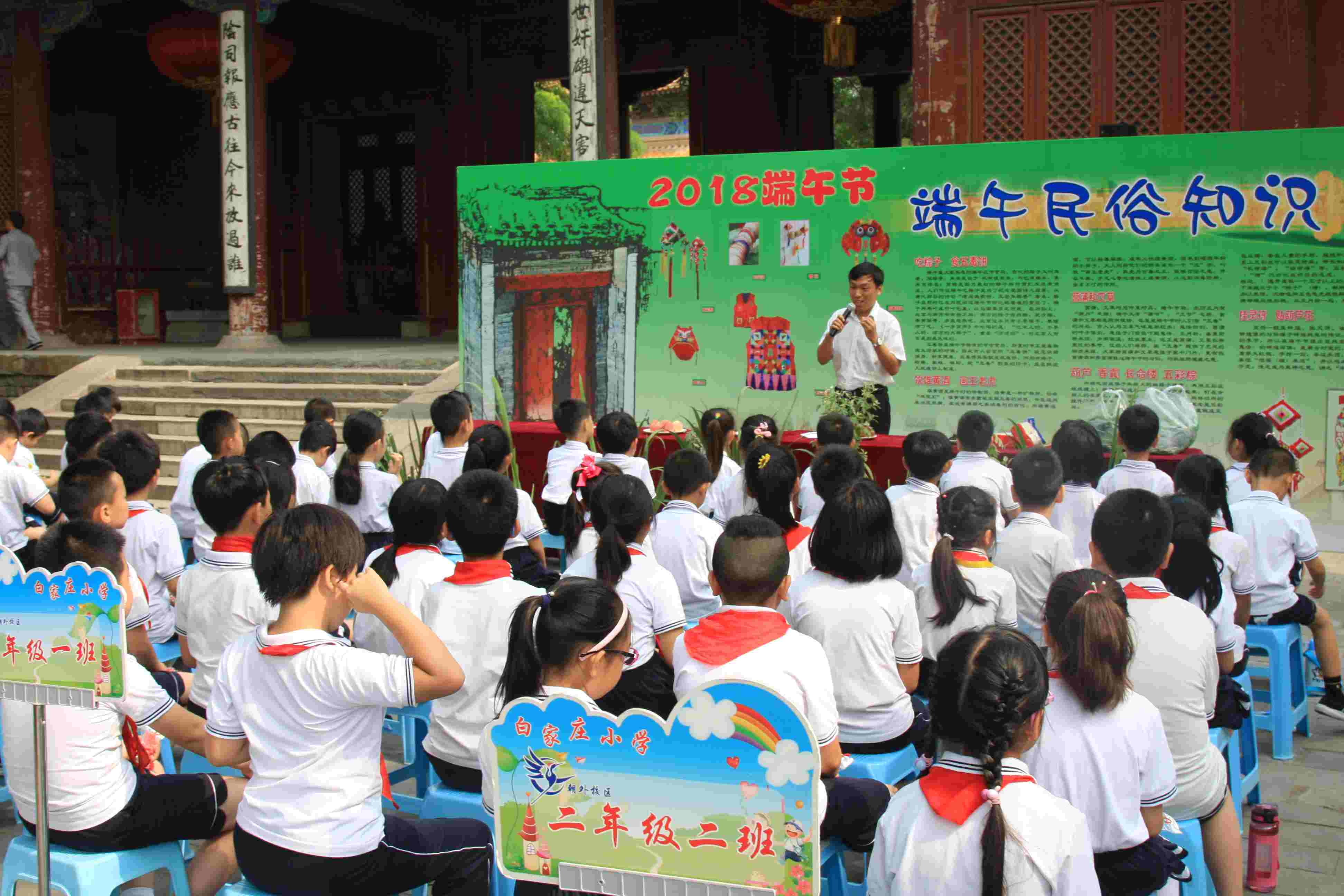 "We have prepared many activities trying to give people a sense of what the Duanwu Festival has been like throughout history," said Wang Luping, a member of the museum staff.
"We hope they can learn more about the festival through our activities. It is important to inherit and carry forward our traditional culture," Wang added. 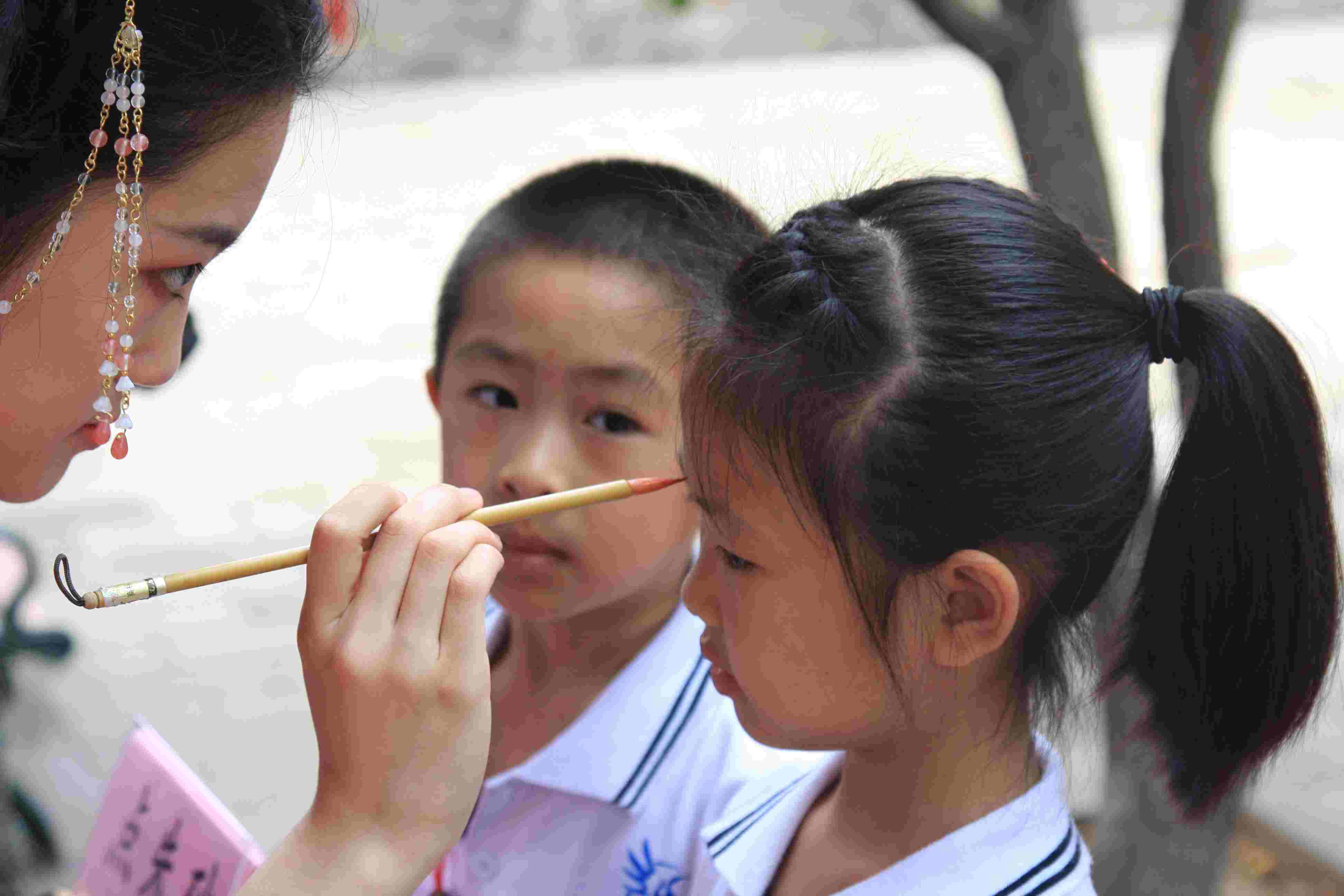 A child receives a red dot on her forehead as a good wish. /CGTN Photo

A child receives a red dot on her forehead as a good wish. /CGTN Photo

Zongzi, a pyramid-shaped dumpling made of glutinous rice and wrapped in reed leaves, is a symbol of the Duanwu Festival. The flavor varies a lot depending on what's stuffed inside it. The museum provided all the materials needed to make Zongzi and gave the kids a chance to experience it.
For many of them, it was their first time making Zongzi by themselves.
The students also experienced many other activities related to Duanwu traditions. The children were given a red dot on their foreheads and had mugwort and calamus water sprinkled over their bodies. They also made balls out of fragrant herbal medicines to wear bracelets.
All of these traditions were expected to dispel disease and drive out evil – the main purpose of the festival in ancient times.
“They have learned about the Duanwu Festival in their textbooks, and they now have the opportunity to experience all the traditional customs. I hope they can have a deeper understanding of the festival and fall in love with traditional Chinese culture," said Li Weidan, the teacher at Baijiazhuang Elementary School.
Each step simulated how ancient people celebrated the day, as the festival has marked an important day of the year throughout Chinese history. 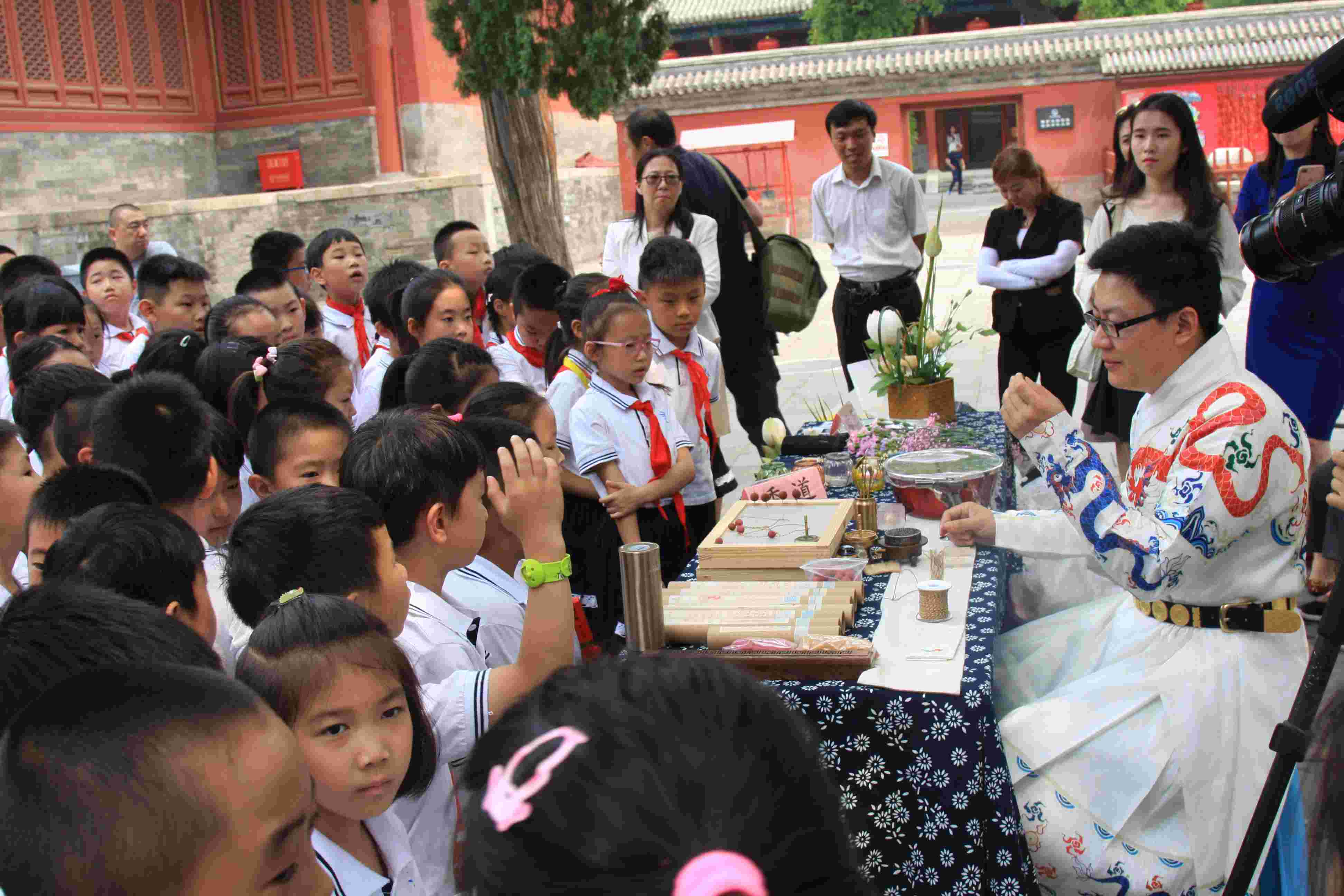 The Duanwu Festival falls on the fifth day of the fifth month in the Chinese lunar calendar. It is considered to be one of the country's four major traditional festivals, alongside Spring Festival, Qingming Festival, and Mid-Autumn Festival. The traditions date back thousands of years, carefully passed down from one generation to the next.
(Top image from CGTN.)