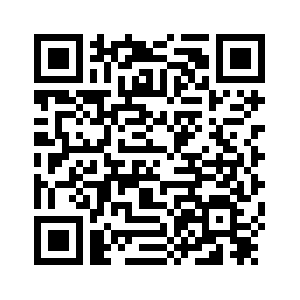 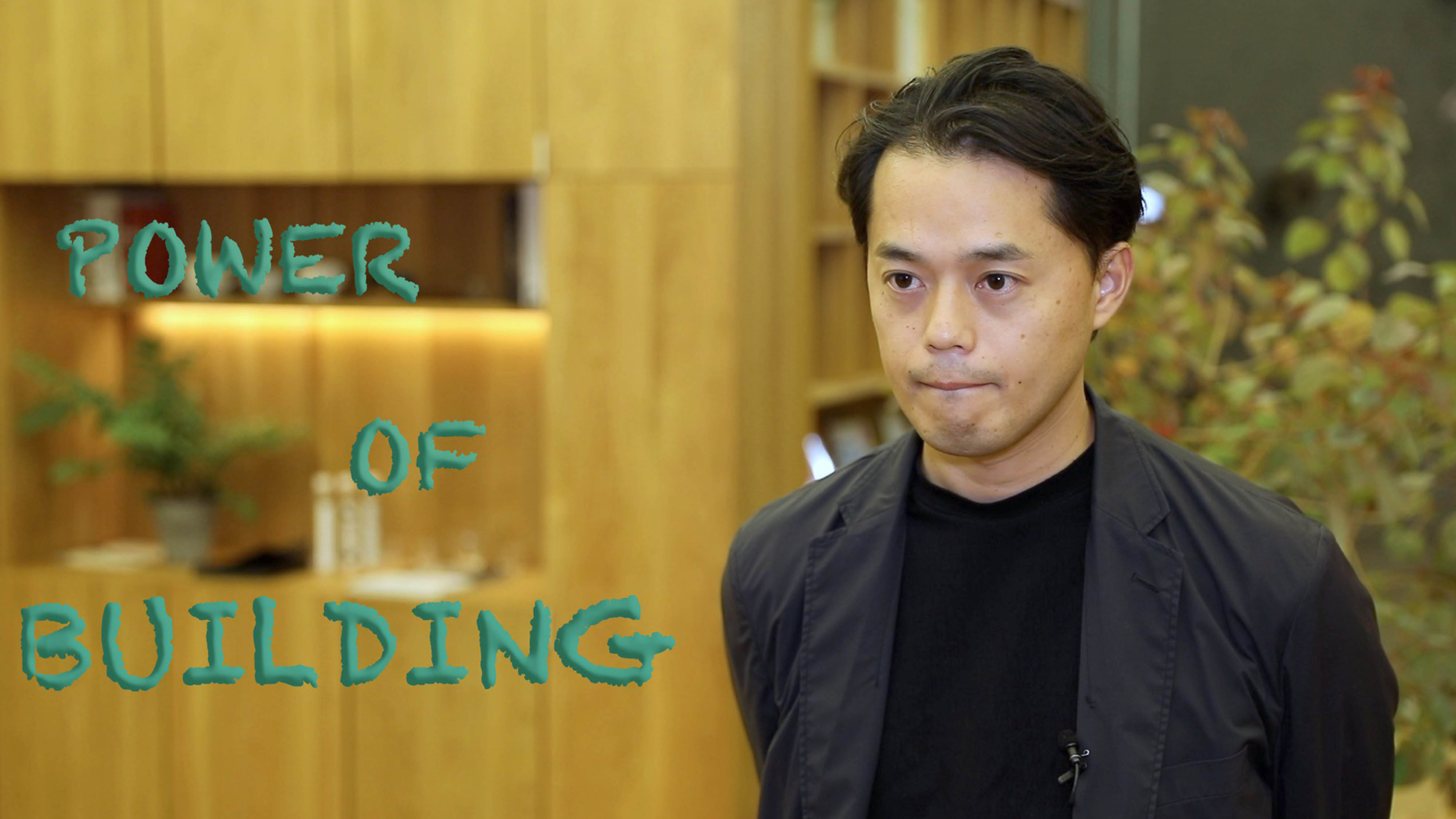 Beijing's small alleys, or “hutongs,” are all too familiar to local residents. They are fossils from an older time, with issues left over from history including lighting, ventilation and plumbing. Yet in the eyes of an architect, they add a certain charm and character to China's capital city.
Japanese architect Shuhei Aoyama started living and working in Beijing from 2005 and moved from an apartment to a hutong in 2008. He has now lived there for 10 years. 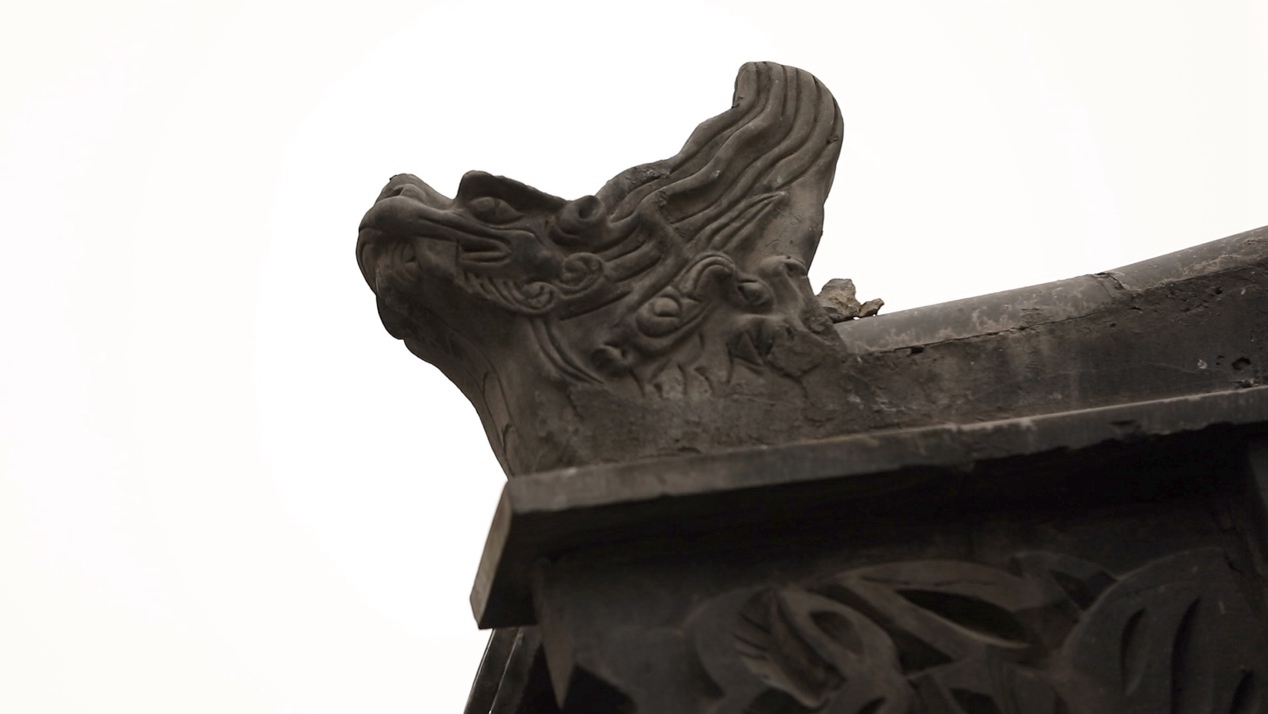 Some old houses in hutongs are still decorated with animal ornaments on house-ridges. /Photo by CGTN

Some old houses in hutongs are still decorated with animal ornaments on house-ridges. /Photo by CGTN

“When I first moved into my hutong, I, as many people, thought hutongs represented the old and traditional Chinese lifestyle. I intended to take a bite of Beijing's classical architecture. Yet after years of living here, I now feel it's more than that. We see elements of futuristic living space,” said Aoyama.
Aoyama has taken his latest work, “Sharing Community of 400 Boxes,” to the China House Vision Expo. He said that the idea comes from hutong, since there, people sleep in small rooms yet share public living spaces, which he thinks will be an experimental trend for young people living in the city. 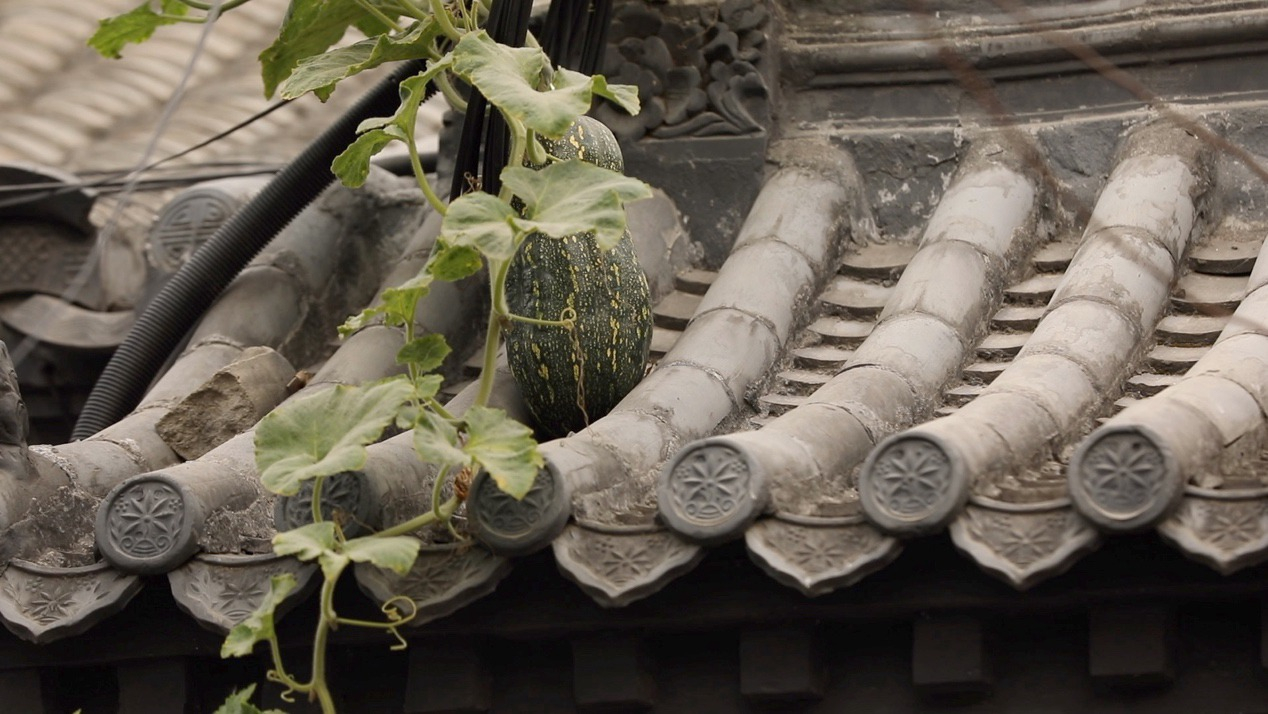 Aoyama now runs an architectural studio in Beijing named “B.L.U.E.,” which stands for Beijing Laboratory Urban Environment.
“The name shows what we hope to do with this platform. We have projects around the country, but Beijing is our core and base. For all projects, whether they are big or small, indoor or outdoor, we shall view them from the perspective of the urban environment. The studio will design with the attitude of doing research, instead of just finishing work or earning money,” he said. 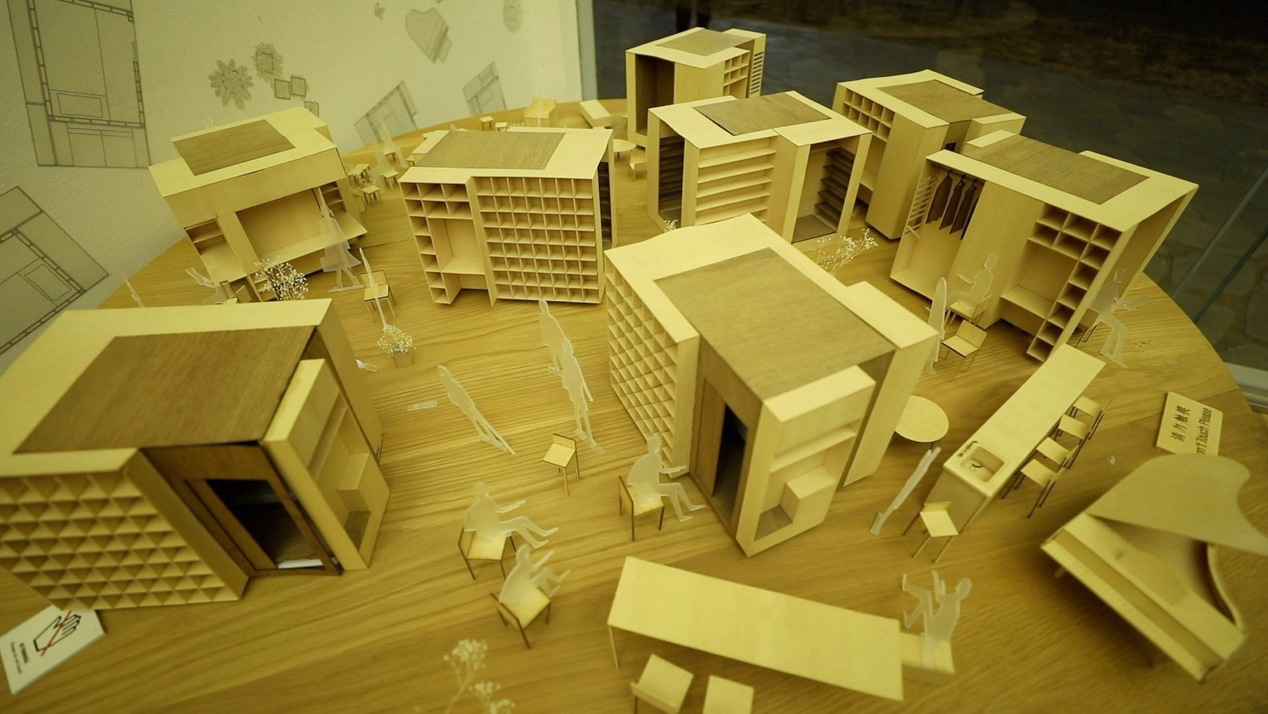 The experiment intends to enable people to sleep in a movable “box” and live in a much larger sharing community. /Photo by CGTN

The experiment intends to enable people to sleep in a movable “box” and live in a much larger sharing community. /Photo by CGTN

“The market demands diversity over the years. Clients who come to us mostly have former knowledge and understanding of Japanese style. But to be honest, Mr. Aoyama is so fluent with Chinese that I sometimes forget I'm working for a Japanese architecture studio,” Li Jiaxi, a Chinese architect, said. 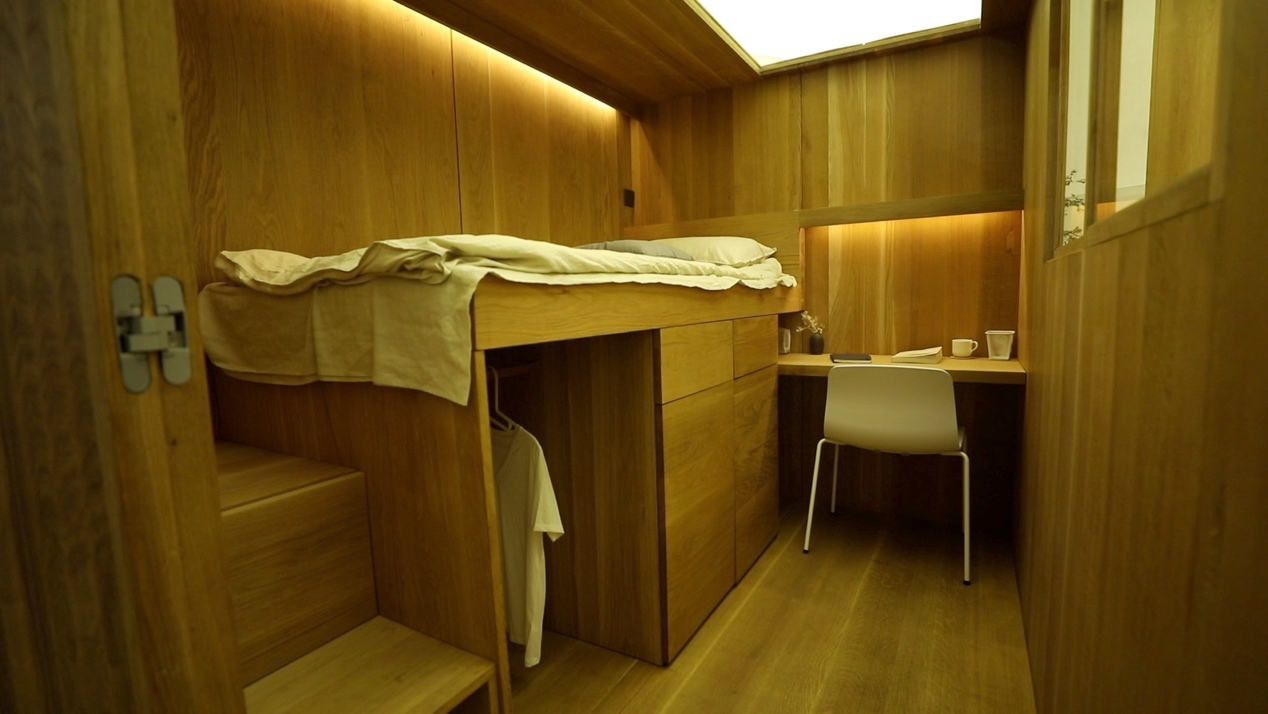 “I've just come to Beijing, but the environment here is so exciting, and I really enjoy being here,” Masaya Kawashima, a Japanese architect, told the reporter.
For Aoyama, it's undoubtedly challenging to set up a career in a foreign country, yet it also brings with it many opportunities. The biggest difference between China and Japan is that China is more open to change, and this enables him to fully develop his career as an architect. 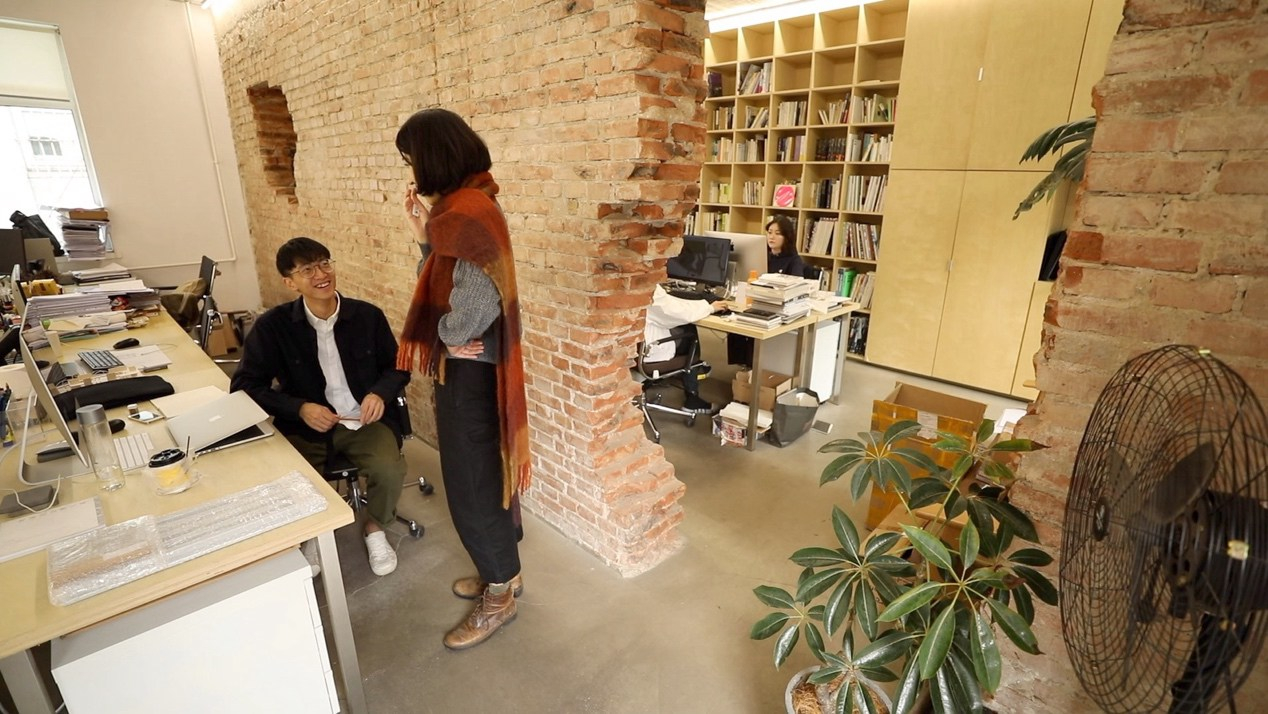 The office was transformed from old factory dormitory. /Photo by CGTN

The office was transformed from old factory dormitory. /Photo by CGTN

"I feel it is a characteristic of the times in China that people would take risk to implement an interesting and unique project. For me, I shifted from Japan to China. My time is combined with China's time in the city of Beijing. What interests me most is my experience and perspective could positively influence my design and creation."
Aoyama added he is confident that his innovative ways will continue to thrive in Beijing.