The key takeaways from Premier Li's presser at the Two Sessions
By Zhao Hong, Hu Yiwei 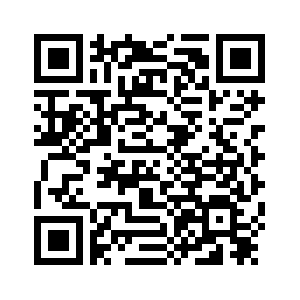 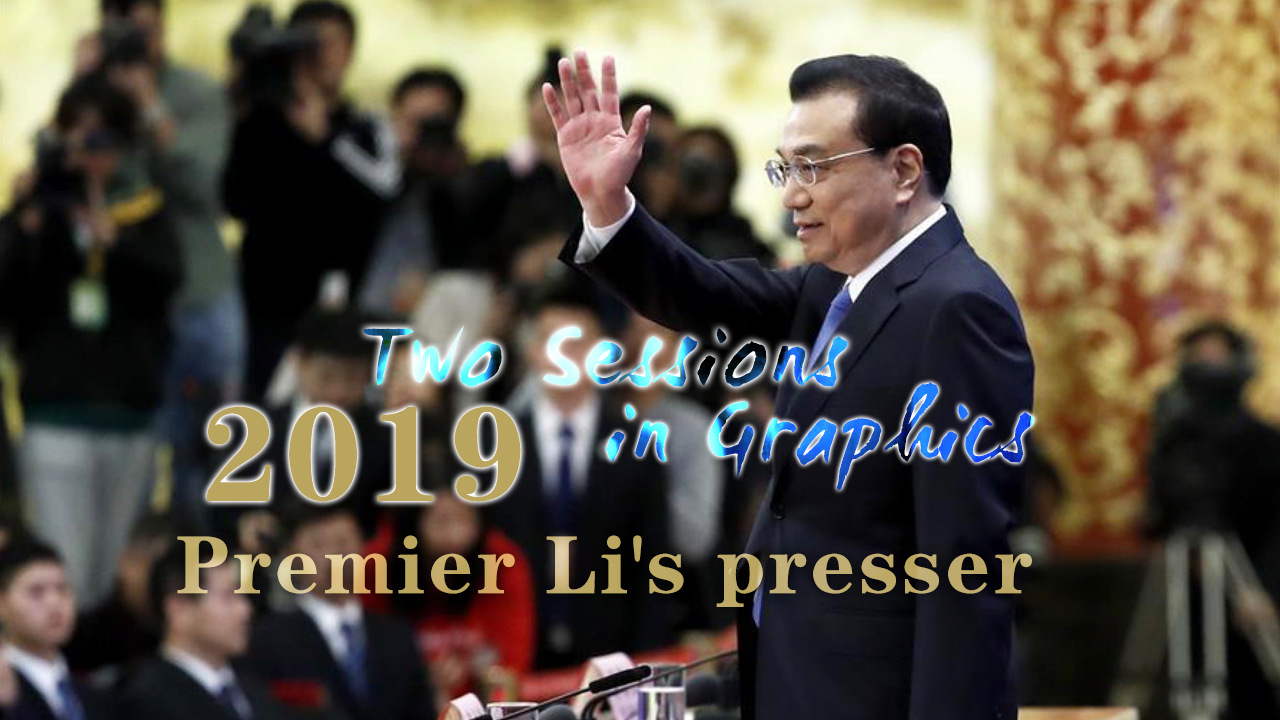 Chinese Premier Li Keqiang met the press on Friday in Beijing after the closing meeting of the second session of the 13th National People's Congress (NPC).

Here is a look at the topics of the questions posed to the premier at the presser. Reporters' questions ranged from the economy and diplomacy of the country to policies towards Hong Kong, Macao and Taiwan, and people's livelihoods, reform and opening-up and trade. 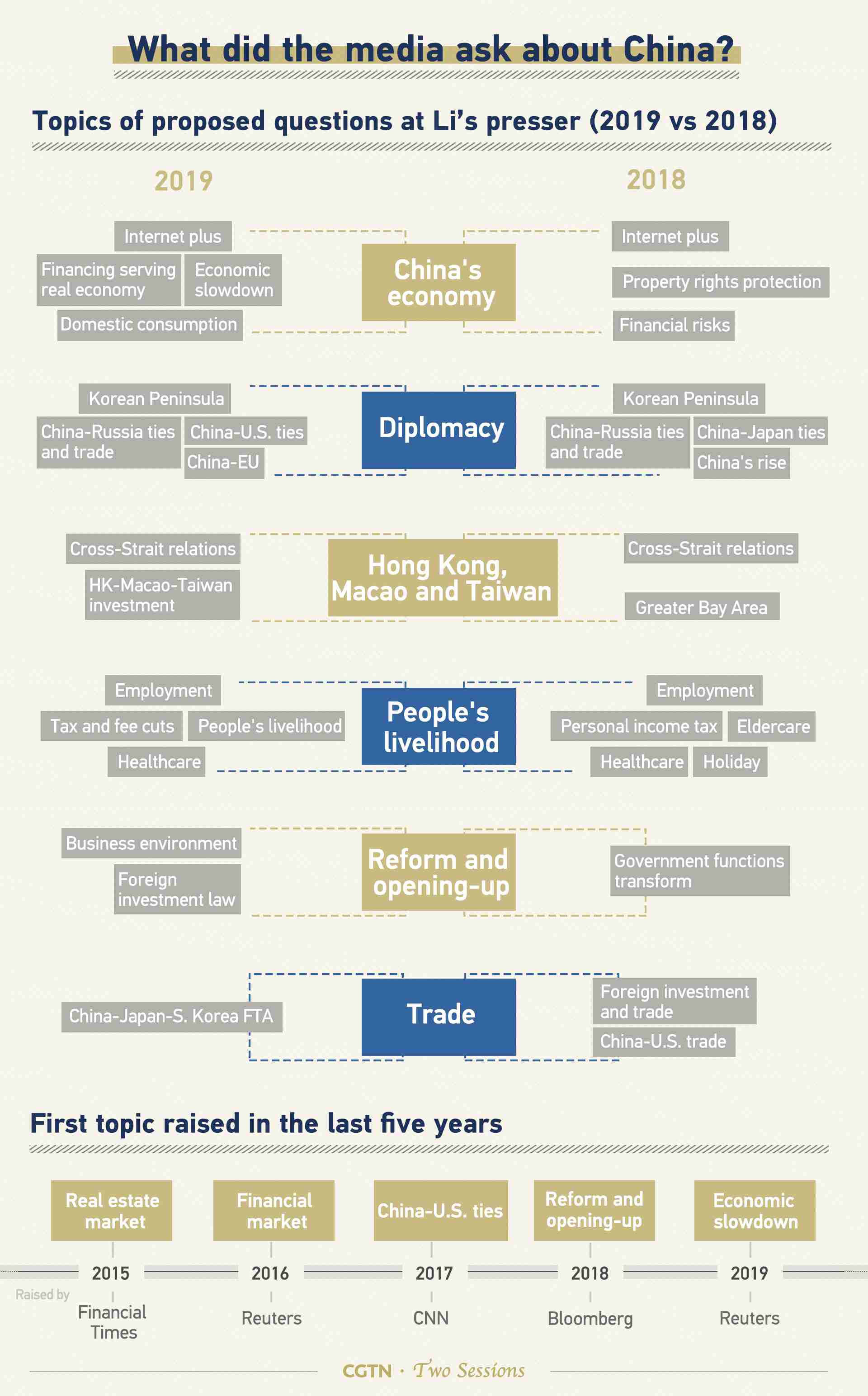 CGTN analyzed the questions and Li's responses, and illustrated the most-used words and phrases in the treemap below. "Economy," "Enterprises," "Government," "Development" and "Market" were the top five words used at the press conference. 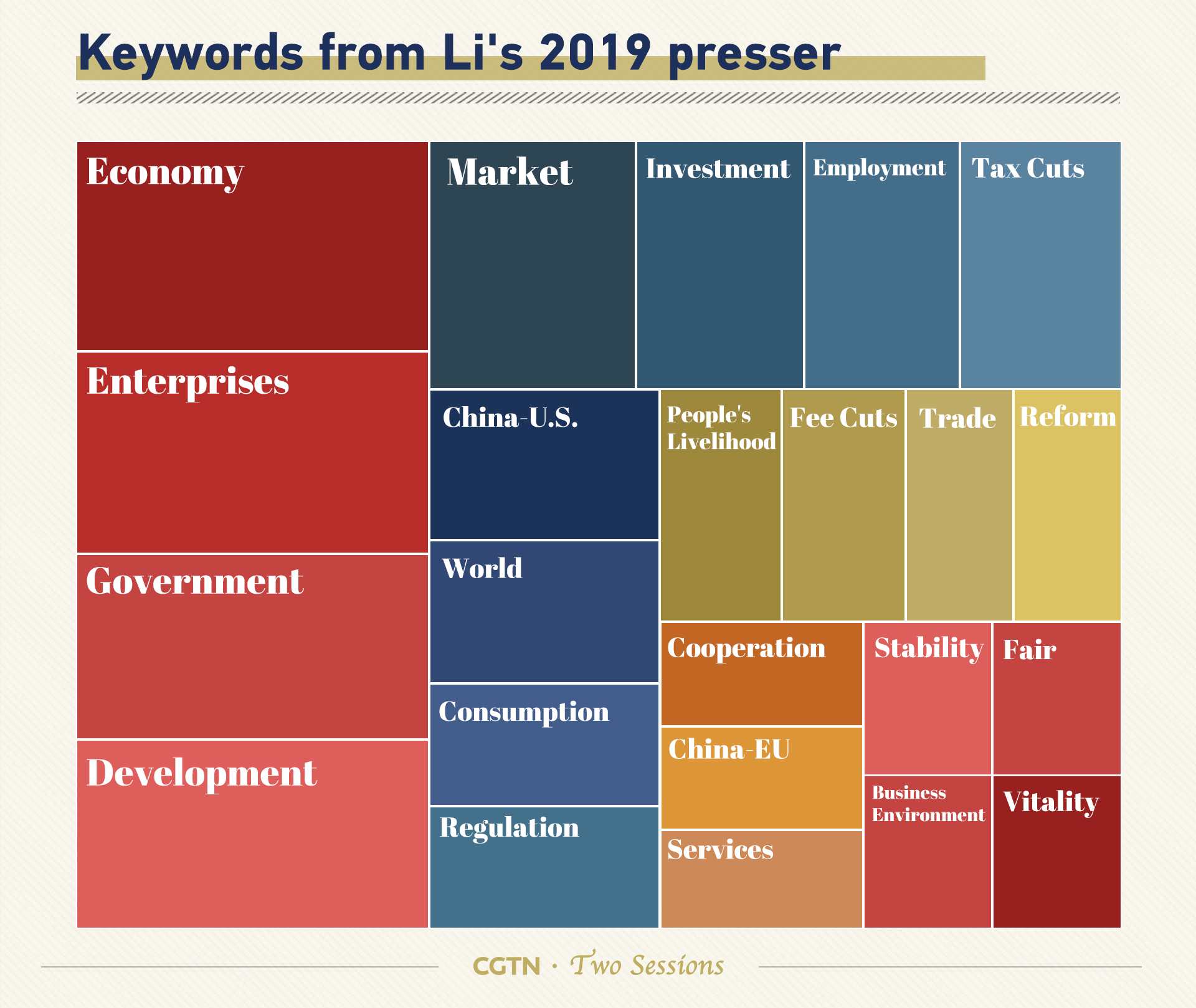 The following graphic compares the keywords of the questions and answers at Li's 2019 presser with those from last year's. Those words and phrases like "China-EU," "China-Japan-S. Korea FTA," "Small and micro businesses," "Childcare" and "Universities for the elderly" suggest new areas of focus for China's government, particularly towards the economy and people's livelihoods. 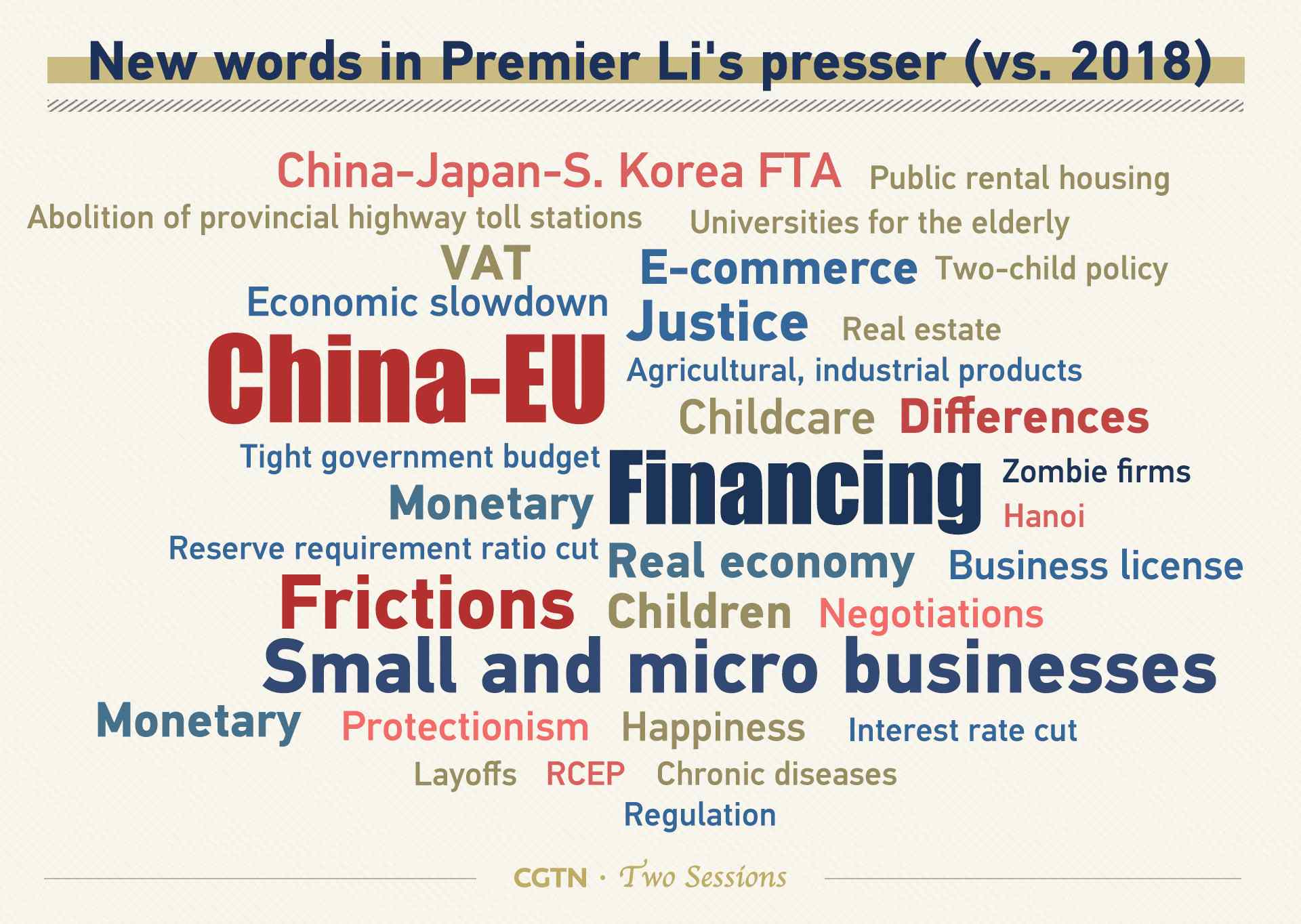