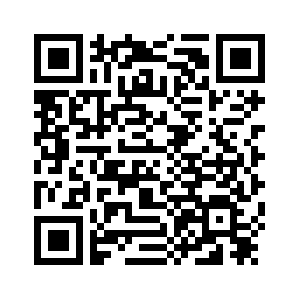 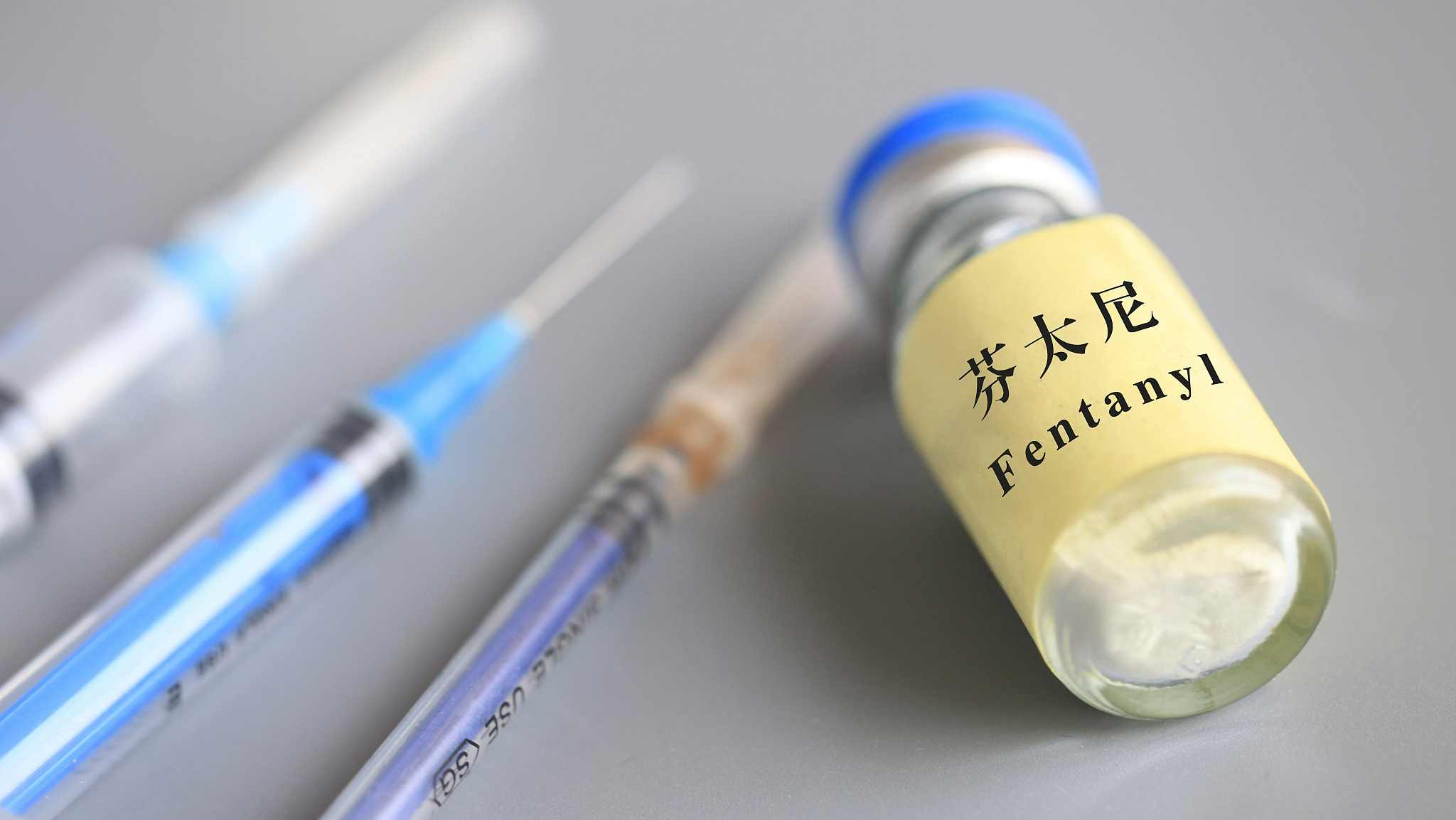 Editor's Note: Harvey Dzodin is a senior research fellow at the Center for China and Globalization and a former legal adviser in the Carter administration. The article reflects the author's opinion, and not necessarily the views of CGTN.
On May Day, or Labor Day as it's called in China, we celebrate the many accomplishments of workers. This year, we have something additional to celebrate that potentially affects people everywhere.
It's the day that muscular new regulations in China become effective that will significantly enhance law enforcement efforts to curb the powerful and toxic synthetic opioid drug fentanyl and its analogues.
Fentanyl, when used legally under medical supervision, is a wonder drug as it is effective for the most severe pain. But it is so powerful that merely touching a few grains of the white powder can kill on contact.
In fact, it's up to 100 times more potent than morphine, and it's many times that of heroin with which it's sometimes mixed, as it looks the same and is cheaper and more potent.
Before the May 1 change, Chinese officials considered more than two dozen fentanyl variants and their precursor chemicals as controlled substances. Their production and distribution were strictly regulated. 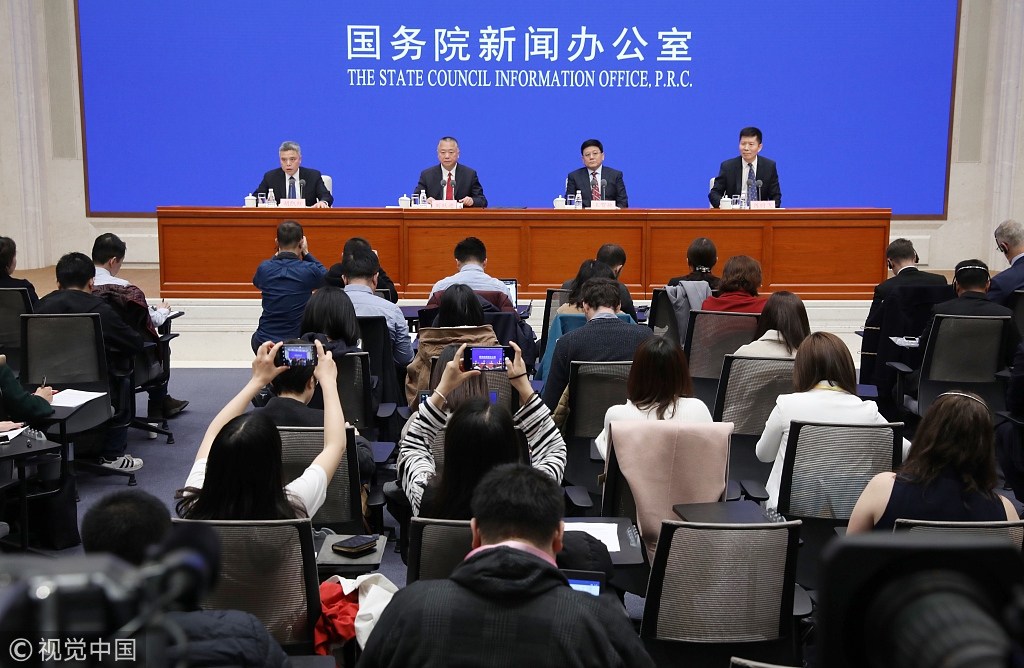 However, a simple molecular tweak in their "recipe" triggered a lengthy and costly de novo review. The revised regulations broaden the definition of controlled narcotics to all "fentanyl-related substances." By definition, this not only makes the tweaks illegal but also eliminates the need for additional review and saves time and money.
It's no secret that the U.S. and China have different points of view about the synthetic opioid epidemic in many countries. But if you look beyond the rhetoric, you will find significant ongoing cooperation between Chinese, U.S., and other drug enforcement officials.
A spokesperson for the U.S. Drug Enforcement Administration, in fact, described the May Day regulatory change as "significant" and said that it will "eliminate Chinese drug traffickers' ability to alter fentanyl compounds to get around the law."
The effectiveness of the new Chinese regulations will depend on inspections and enforcement. Meanwhile, China believes that America's drug culture is what is driving the demand and that the U.S. efforts in reducing both supply and demand are insufficient. 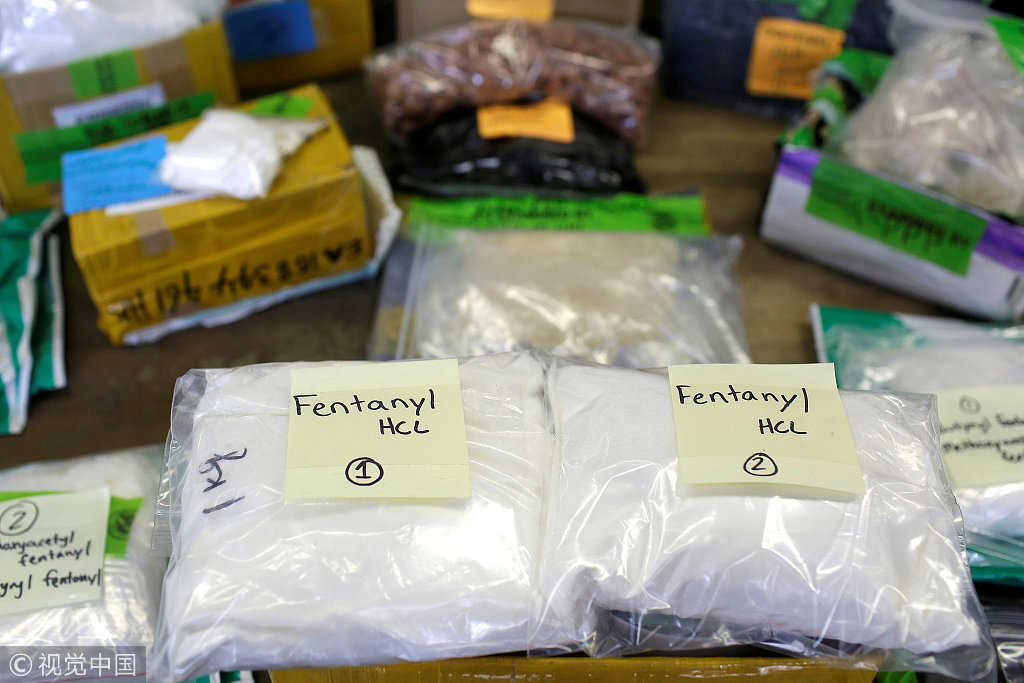 Plastic bags of fentanyl are displayed on a table at the U.S. Customs and Border Protection area at the International Mail Facility at O'Hare International Airport in Chicago, Illinois, U.S., November 29, 2017. /VCG Photo

Plastic bags of fentanyl are displayed on a table at the U.S. Customs and Border Protection area at the International Mail Facility at O'Hare International Airport in Chicago, Illinois, U.S., November 29, 2017. /VCG Photo

Enforcement isn't easy, however, for a variety of reasons, the most powerful of which is that since a little fentanyl goes a very long way, it's easy to ship small quantities through the mail undetected. Additionally, despite the risks, fentanyl is both cheap and potent, and its very danger is an attraction to some.
The U.S. is trying to reduce supply and demand of fentanyl but the changes are still in the early stages. Two laws enacted last year are aimed directly at the problem.
The so-called INDERDICT Act provides additional funding for portable state-of-the-art screening devices to detect fentanyl and other synthetic opioids. The so-called STOP Act requires shipments from foreign countries through the U.S. Postal System to provide advance electronic customs data (AED) such as the shipper's and the recipient's name and address and an inventory of the content.
This is already required of private shippers like FedEx and UPS. In addition, it directs the State Department to strengthen international postal agreements and to ensure that any future agreements preserve U.S. ability to require AEDs on international mail shipments.
Ironically, U.S. President Donald Trump decided to withdraw from the 144-year-old Universal Postal Union which coordinates such policies internationally.
I always wondered about the origin of the official international call for assistance. It has nothing to do with May Day as I had thought, but sounded to its British creator like the French "m'aider" for "help me." Therefore, this May Day, given its enhanced new regulations governing fentanyl, China is engaging in a win-win solution aiding all.
(If you want to contribute and have specific expertise, please contact us at opinions@cgtn.com.)