Rise of the 'Sheconomy' in China's e-commerce
By Yu Jing 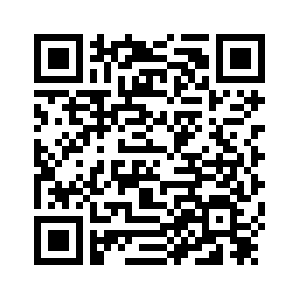 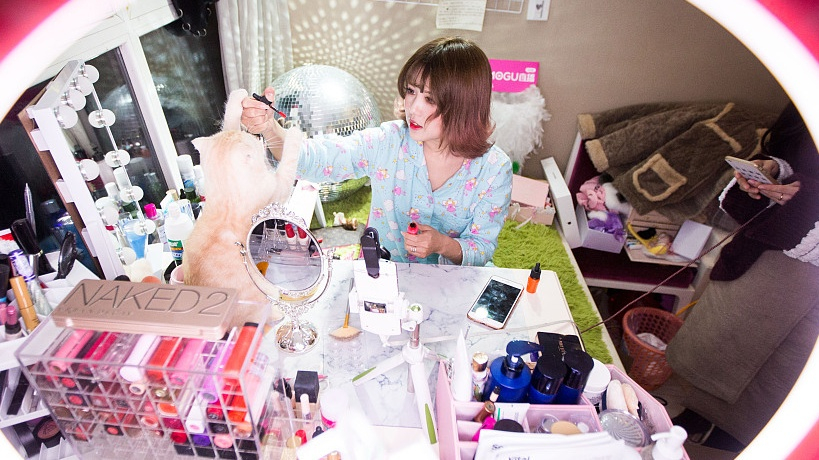 With International Women's Day on the horizon, Chinese retailers are rushing to offer coupons and discounts. Open Taobao and you will see a giant banner with the caption "March 8th Goddess Day." The rule of the game this year is that for every 300 yuan spent, one can get 30 yuan off.
What the retailer discovered is the "Sheconomy"－cashing in on female consumers to boost online sales and it is thriving in China. Chinese women, with the highest female labor participation rate in the Asia Pacific, contribute to 41 percent of the nation's GDP, according to a report by McKinsey Global Institute. Their increased income and growing pursuit for self-improvement, and sometimes self-gratification are fueling the e-commerce industry like never before.
Breadwinners instead of just homemakers
Qi Yu, a 39-year-old stock broker in Beijing, never runs out of lipstick. She has bought so many tubes that many of them run past expiry date.
Last year, she spent 70,000 yuan (10,447 U.S. dollars) on Taobao－around 5,000 yuan (746 U.S. dollars) on average every month, not counting other e-commerce platforms she regularly goes to. She says she rarely purchases a product because it is on sale. Most of the time, she buys it because she sees it when swiping her phone. 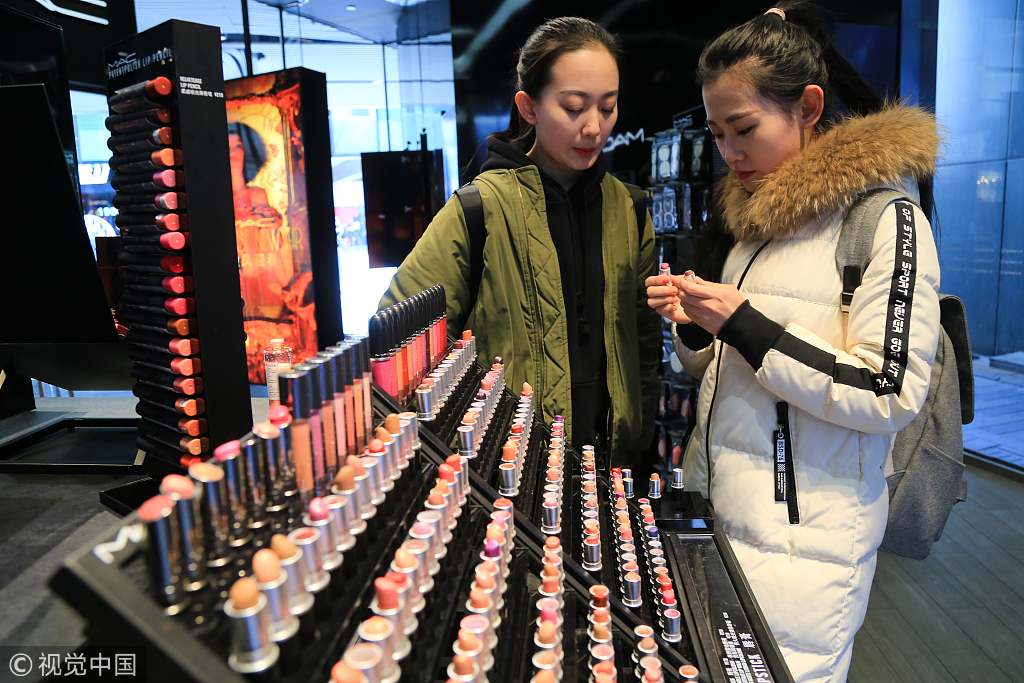 China has enjoyed one of the highest female labor participation rate worldwide since the 1950s, but it is only recently that women's average contribution to household income rose to 50%. In 2018, the average annual income for women in China reached 92,000 yuan (13,730 U.S. dollars). With a higher paycheck, women are also showing increasing independence in handling finances. From credit cards to online borrowing apps, women now have exclusive control over their purse strings.
Chinese women nowadays don't seem to live up to the stereotypes of dutiful wives, mothers and baby breeders. Study shows that the line share of women's spending goes to clothes and cosmetics－investment in themselves for image-improvement.
In an interview with CGTN Digital, vip.com, an e-commerce website with 300 million users based in Guangzhou, said the demand for high-end cosmetics has been on the rise, among female users between 20 and 40 years old. Those who buy high-end cosmetics, including La Mer and SK-II now account for 65 percent of that age cohort and are expanding at a 20-percent rate annually.
It is not all parties, planes and pampering for Chinese women. A joint survey by vip.com and JD.com shows women make most of the purchasing decisions for their households, buying clothes and cosmetics for their husbands or shampoos and conditioners for parents. The more economically advanced the city is, the more likely its women residents have a greater say in household purchase.
A competition to woo women in e-commerce
Thanks to e-commerce giants like Alibaba, China went straight to mobile for e-commerce, bypassing the stage of building physical shopping malls to PC to laptop for retail. In 2015, China replaces the U.S. as the world's largest e-commerce market, nearing 300 billion U.S. dollars in value.
The meteoric rise of e-commerce greatly enhances the variety of goods available to consumers in China. Even buying beyond the border is possible, enabled by the comprehensive delivery networks that e-commerce platforms largely develop.
Coinciding with the rise of e-commerce is the fast expansion of social media networks in China. Tapping into female's social circles to sell products is now a key strategy for e-commerce platforms. Female consumers value peer reviews more than any paid placement and a community of female consumers is almost a guarantee for sales performance. 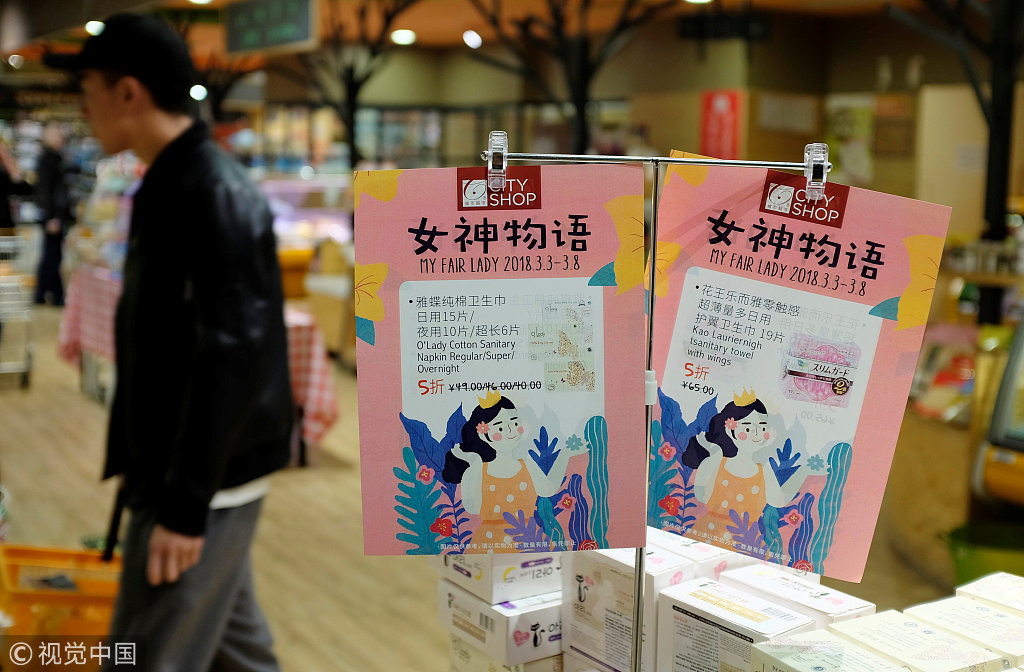 Last year, a coral-based pink lipstick frenzy hit over China and Qi Yu immediately jumped to buy one when a friend first discussed it. The specific shade was sold out in almost all e-commerce sites in China due to high demand. It even went out of stock in duty-free shops worldwide for months, driven by the social media frenzy in China that sent visitors abroad in search of the color.
The convergence of social media and e-commerce means social media can be the perfect platform for marketing and transactions. 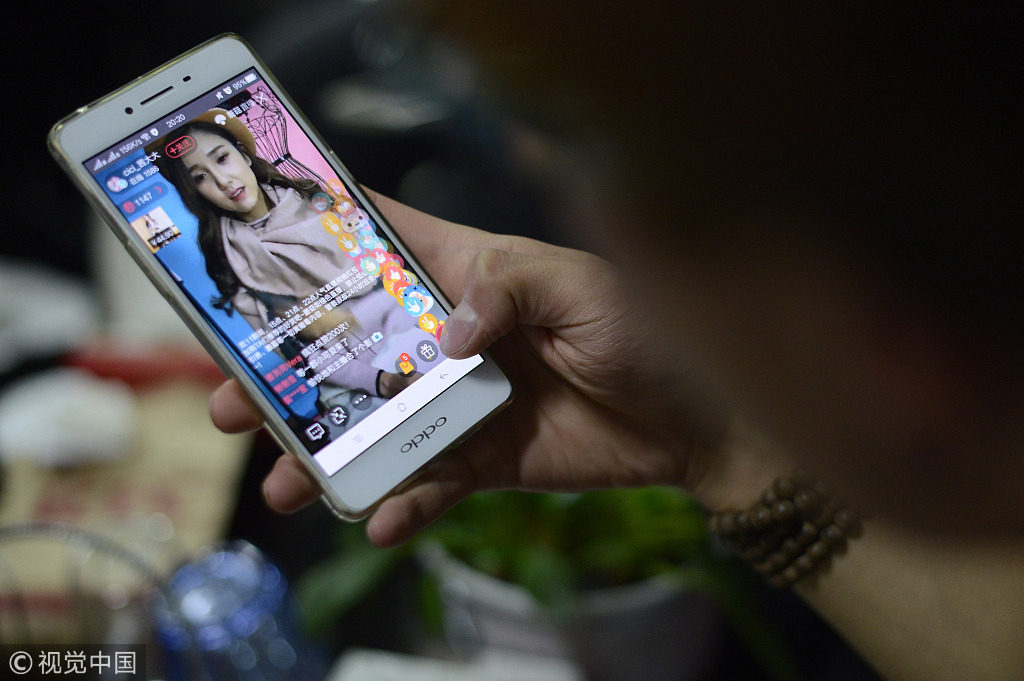 A young man watches the live streaming of an Internet celebrity. /VCG Photo

A young man watches the live streaming of an Internet celebrity. /VCG Photo

Around China there are hundreds of thousands of Internet celebrities who are effective channels to influence female consumers' purchasing decisions. Through monetizing on their large fan base to sell products, they aid companies in increasing customer loyalty through their personal brands.
"One important reason is that word of mouth play a much bigger role in shaping female consumers' behavior," said Liu Shuo, general manager of Social Touch, a digital marketing company that focuses on provision of integrated digital marketing service. "While men may simply look at the product itself, women would read through reviews of the product before making her decision."
Eroding the binary opposition of gender roles
To truly win in the "sheconomy", e-commerce platforms need to understand the collective mindset of female consumers without falling prey to gender stereotypes.
In its interview with CGTN Digital, vip.com shared the observation that a gender-neutral way of purchasing is trending in China. Many consumer goods traditionally associated with male are now increasingly favored by female, including mobile games, technology gadgets and outdoor sports equipment. On the contrary, male consumers are buying more kitchen utensil and milk powders, indicating that in large cities, responsibility for taking care of the family is one step closer to being even, or at least not monopolized by women. 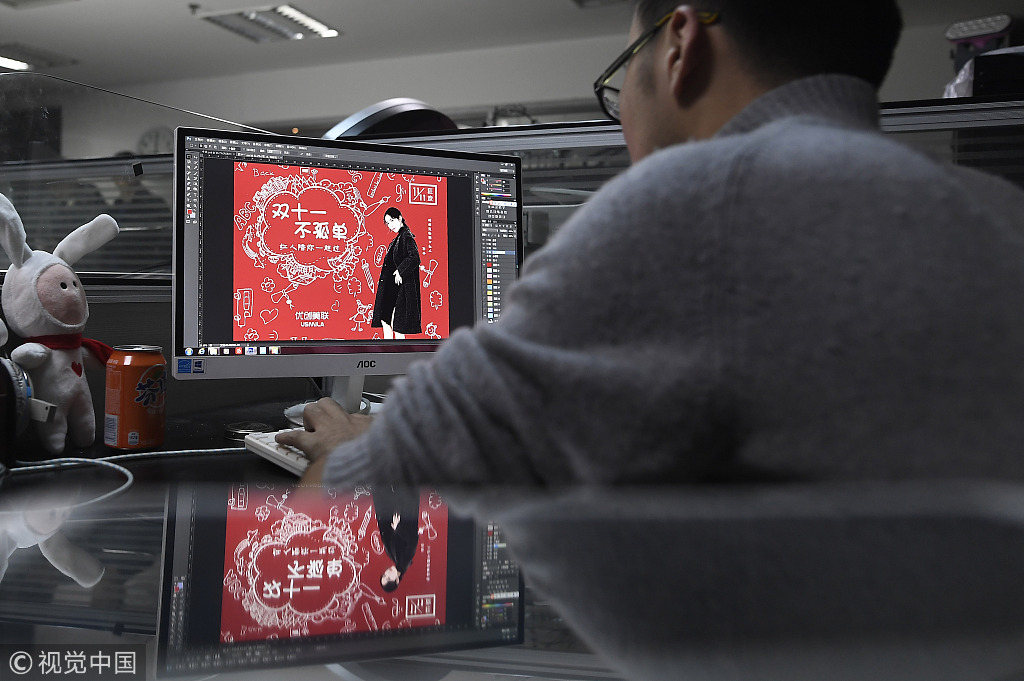 Promotional material of the Singles' Day for e-commerce sales in China. /VCG Photo

Promotional material of the Singles' Day for e-commerce sales in China. /VCG Photo

Marketing campaigns have even moved one step further ahead of breaking gender stereotype. They now advocate for women's freedom to define who they are and by themselves. Some female consumers ignore cliché images like stilettos and pink purses, considering them outdated and patronizing.
"Women of these days tend to be wary of marketing approaches that label them in a certain way," General Manager Liu Shuo said. "In recent years, our marketing approach tends to encourage women to think about what they want and analyze their values and beliefs from their perspective."
Shopping for themselves is now a means of expression and self-realization for many Chinese women. A red lipstick is viewed as indispensable for a bold career woman while a Gucci bag acts a status symbol setting her apart from the middle class.
Asked if this is a welcoming trend for the country's female consumers, Liu Shuo noted that while it might be a driving force for women to work hard and pursue a better life, it is also a challenge to business. "People demand more from the brand and therefore all business need to work to their fullest to deliver the best product."