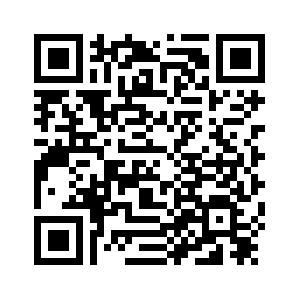 ‍One of the three 2018 Nobel Prize for Physics laureates, Gerard Mourou, visited Peking University (PKU) on Friday and shared his views on the future of extreme light research.
He also expressed his appreciation for China's science policies, saying the Chinese government is doing a better job than their US counterpart.

'Profound difference' between China and the US

In an interview with CGTN reporters, Mourou complimented China in a way that locals rarely hear.
"Science is very, very respected here," Mourou said. "But Trump does not take advice from anybody." 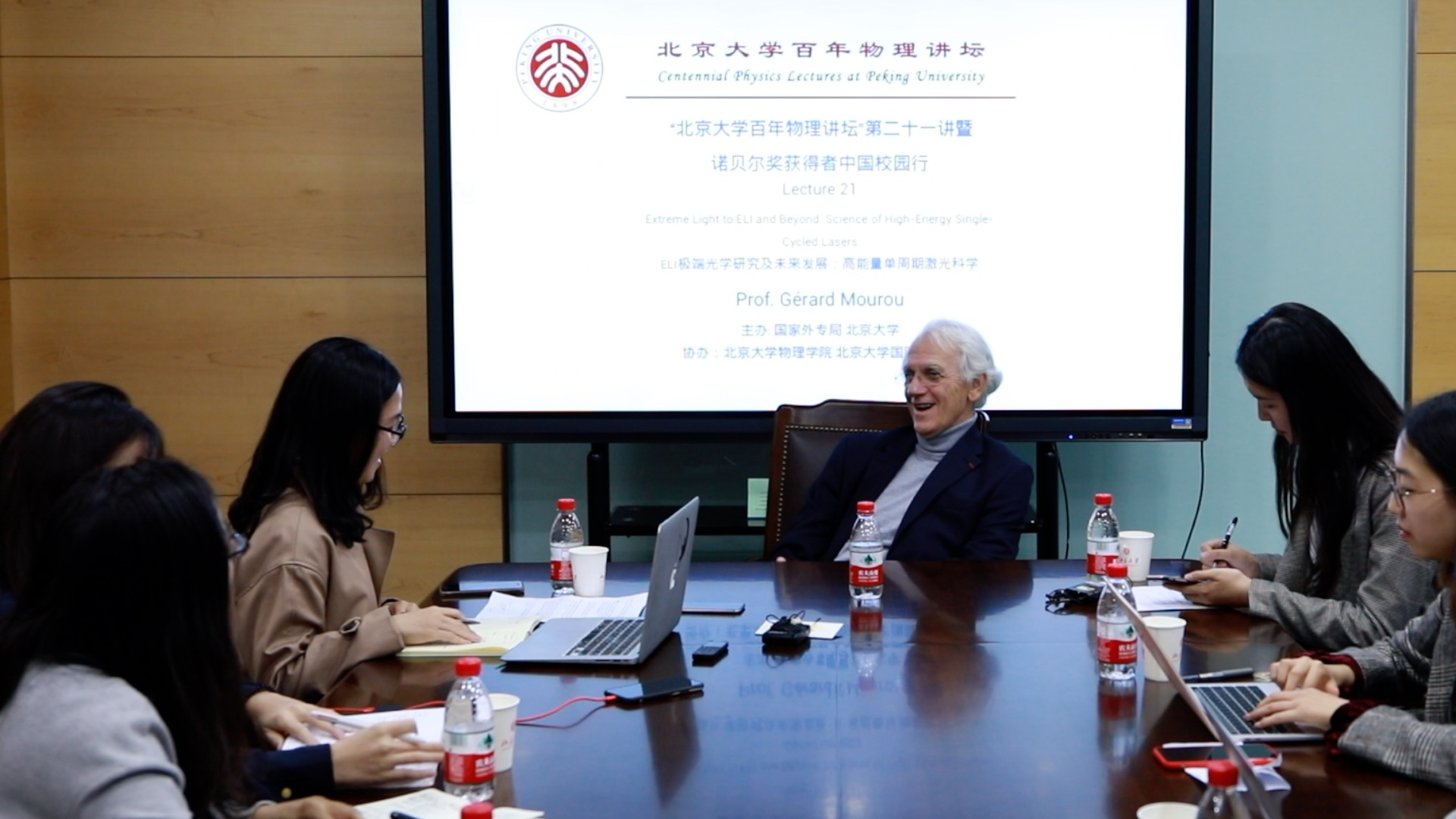 Mourou talks with reporters after giving a speech at PKU on October 12, 2018. /CGTN Photo

Mourou talks with reporters after giving a speech at PKU on October 12, 2018. /CGTN Photo

The laureate went on to explain his point. "A remarkable difference between China and the western world is that many elected people here have a background or a degree in science."
He also gave an example of how the US government ignores important scientific achievements.
"When I got Nobel prize, I got a message from Macron," he told CGTN reporters.
"Donna Strickland," he referred to Canadian physicist who shared the prize with him, "she got a message from Trudeau."
"But Arthur Ashkin," the American physicist who also won the prize, "He didn't get anything. That shows the difference between the systems." 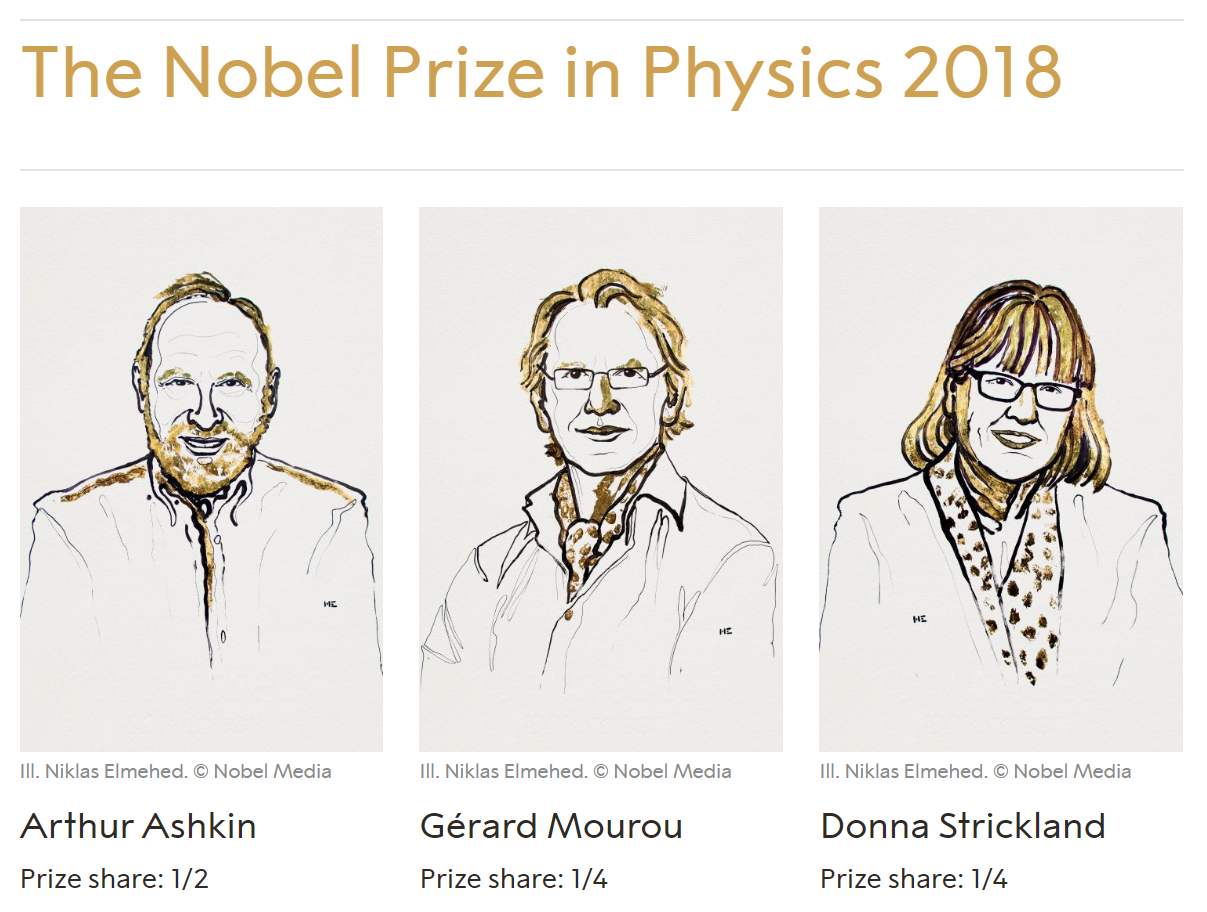 The three laureates who shared the 2018 Nobel prize in physics /Screenshot from nobelprize.org

The three laureates who shared the 2018 Nobel prize in physics /Screenshot from nobelprize.org

'China is beyond my expectations'

Mourou said he really appreciates what China has been doing in science.
"The gap is really narrowing. I was amazed to see the progress. I don't know how you can do better than that," he told reporters. "China is beyond my expectations."
In the future, Mourou said Chinese scientists should do more to present their research, especially at international conferences.
"You know, everybody has an idea. But you have to show it. You can't see it as a small thing," he said.

An enthusiasm for science

Mourou received a warm welcome from the campus, with hundreds of physics students rushing to the report room for a listen.
The room was so overloaded with people that the security guards had to take action.
The school prepared another room playing a live video stream of Mourou's speech. The room was also filled with students. 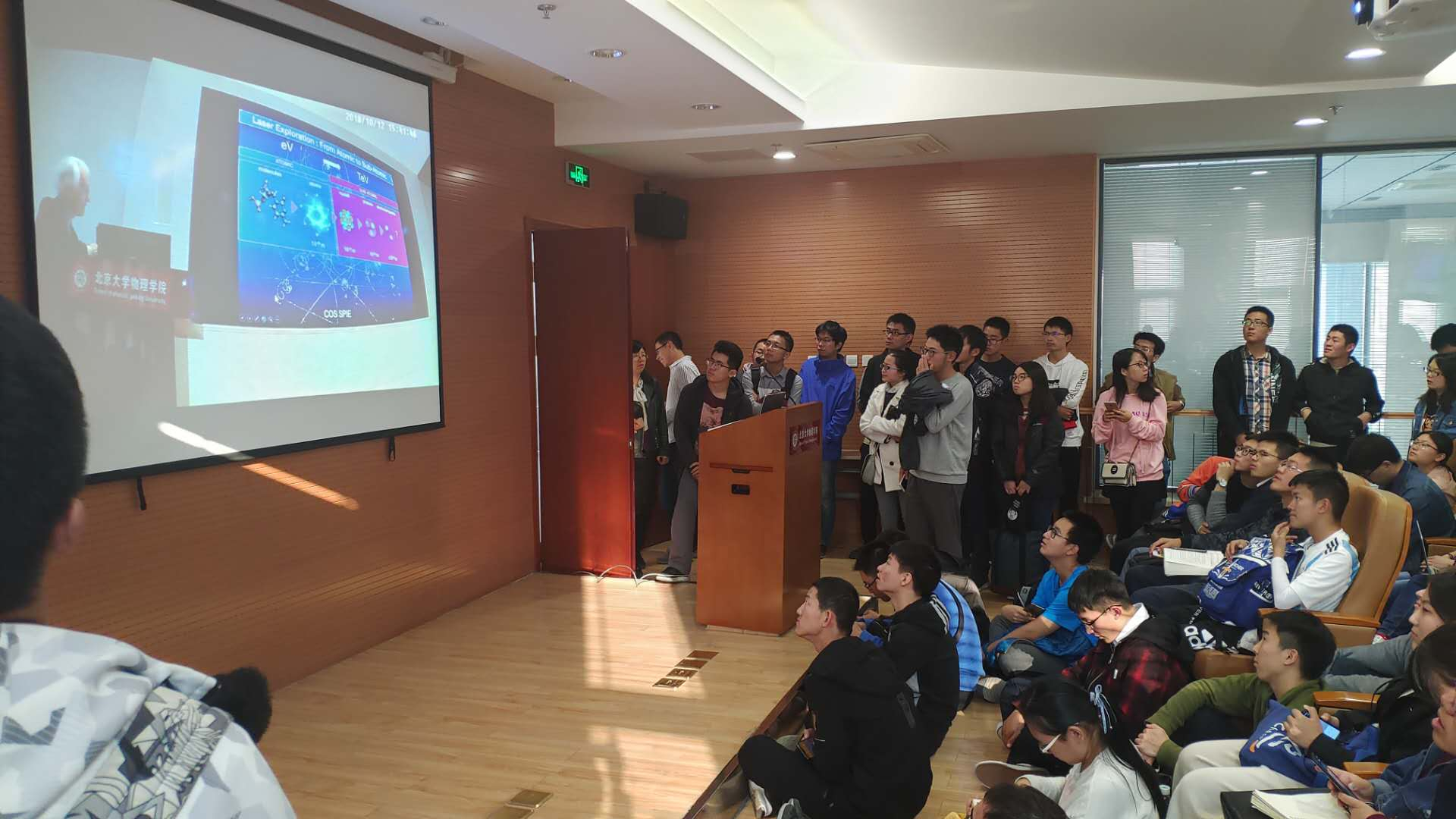 "Enthusiastic" is the word Mourou thinks fit to describe PKU students.
"10 years ago they don't ask questions, but now as you can see, they asked a lot of questions," Mourou told reporters after the speech.
"And there are a lot of women students," he added.
Peking University is one of the top universities in China, ranking 27 on The Times Higher Education's world university list with a full score for industry income.