Finding a scapegoat for a no deal Brexit
Zhu Zheng 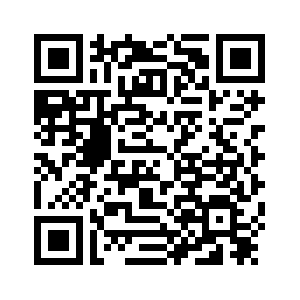 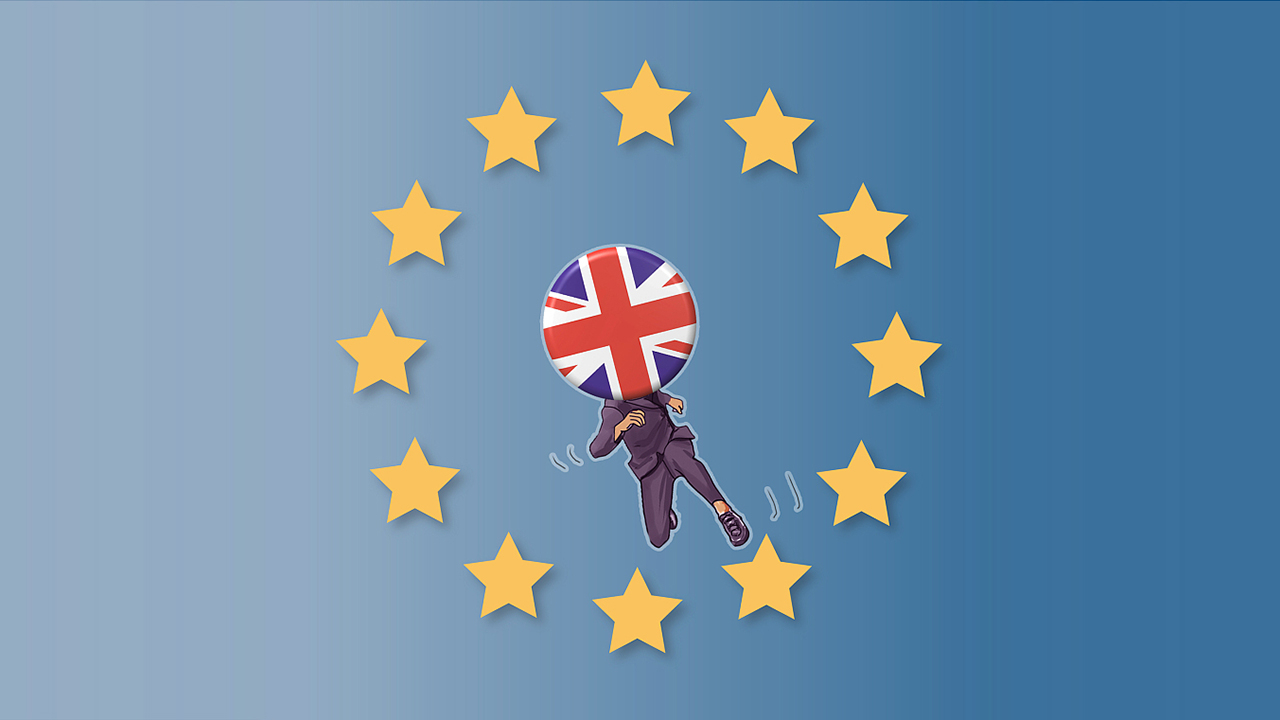 Editor's note: Zhu Zheng is an assistant professor at the Law School with China University of Political Science and Law. The article reflects the author's opinion, and not necessarily the views of CGTN.
At long last, Theresa May's deal that seemed moribund two weeks ago could now be resurrected. On January 29, Theresa May was backed by Members of Parliament (MPs) to replace the Irish backstop – an amendment tabled by Graham Brady who calls for the backstop to be removed from the withdrawal agreement.
The result of the vote has been construed as hinting that the withdrawal agreement would be passed if the backstop is replaced.
It was also believed to be a means for parliament to indicate to the EU that MPs can be persuaded to accept a deal. All of this points to renegotiation with the EU.
Yet when it comes to reopening negotiations with the EU, there are two challenges.
First of all, while the so-called Brady amendment proposes to replace the Irish backstop with “alternative arrangements,” the contents and scope of changes are left unspecified. 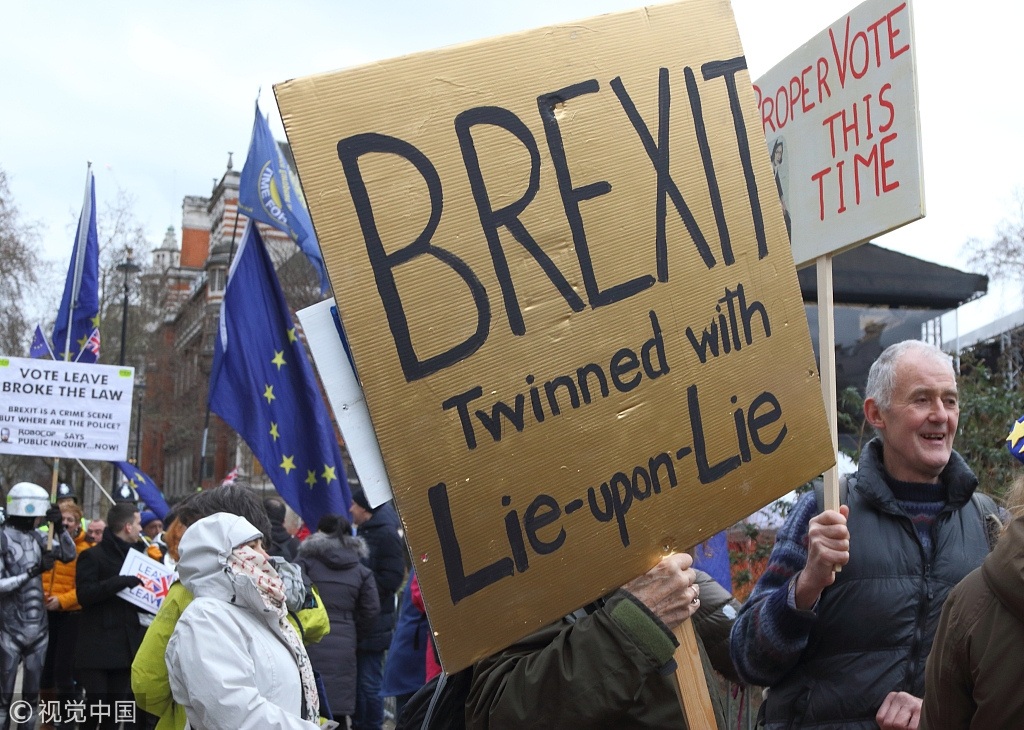 A protester is seen holding a placard during a demonstration, January 29, 2019. /VCG Photo

A protester is seen holding a placard during a demonstration, January 29, 2019. /VCG Photo

Although it was reported that some backbench Conservative MPs will convene to thrash out an approach, when Corbyn asked for specifics on what the alternatives were, Theresa May only mentioned “a unilateral exit mechanism or a time limit to the backstop.”
Second, without a concrete plan, European Council President Donald Tusk warned that there would be no further talks on the backstop.
As reported, in a 45-minute phone call between the two leaders, Downing Street could not offer any concrete proposal, and the EU side insisted that a clear plan would be a precondition for the EU to revisit the withdrawal agreement, and to rework the backstop.
Though Theresa May has said that a no deal would be the least popular of all the possibilities in the country, many senior EU figures are firmly against the idea of reopening negotiations. 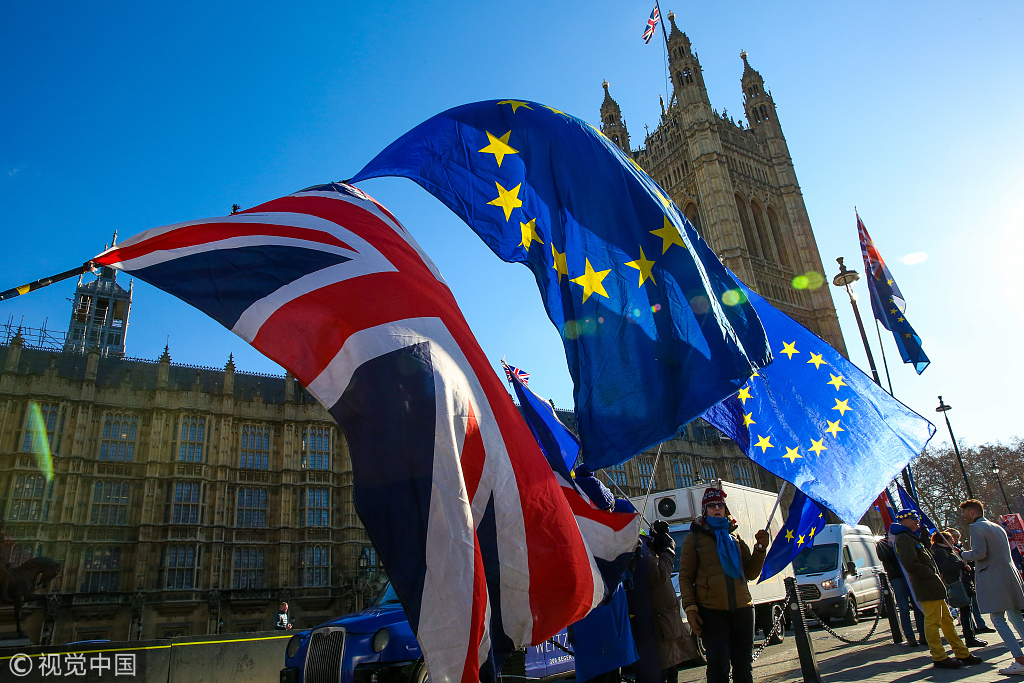 But why does May put emphasis on the need to seek compromise and help from the EU?
It is very likely that she as prime minister does not even know what the final deal will look like. May might know that her original deal with the EU has no hope of success in parliament, and by stressing the backstop as the sine qua non of any agreement whatsoever, it seems that she has explored new territory for the debate to go on.
After all, precisely because the backstop as a key point in Brexit talks can only be sorted out trilaterally among Britain, Ireland, and the EU, if May returns to Brussels and meets her Waterloo, she can easily claim that it is not the Tory party's fault, and her deal is the victim of a foreign conspiracy.
Indeed, as the deadline approaches and the sight of passing May's deal are still dim, building a conspiracy theory at least serves the interest of the party – if the EU continues to say no, the intransigence of Brussels, and perhaps Dublin, can be excuses for the no deal in the end. 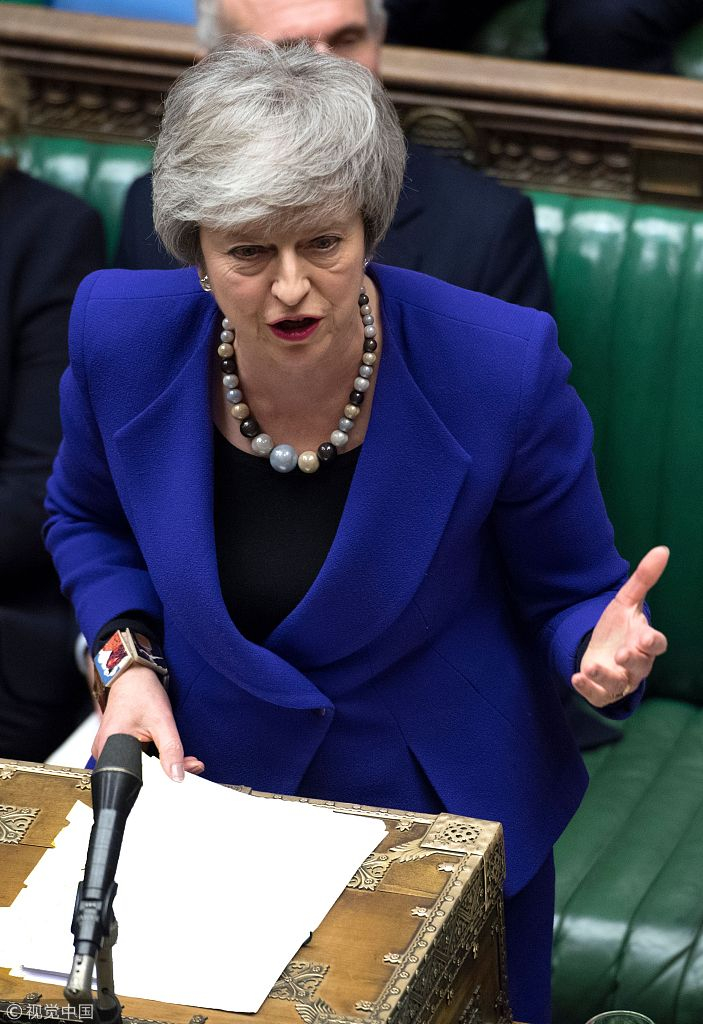 In this light, it is simply wrong for David Davis to assert that “the EU has a lot more to lose than we have. There will be pressure on them to come back to the table.”
Alas, by pretending that the agreement she had formerly said could not be renegotiated can be reopened, the prime minister is not looking for a real exit for Brexit but spinning a story of victimhood already.
In this way, when she returns from Brussels to Parliament empty-handed, she can easily find a scapegoat.
(If you want to contribute and have specific expertise, please contact us at opinions@cgtn.com.)