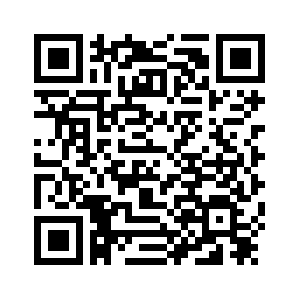 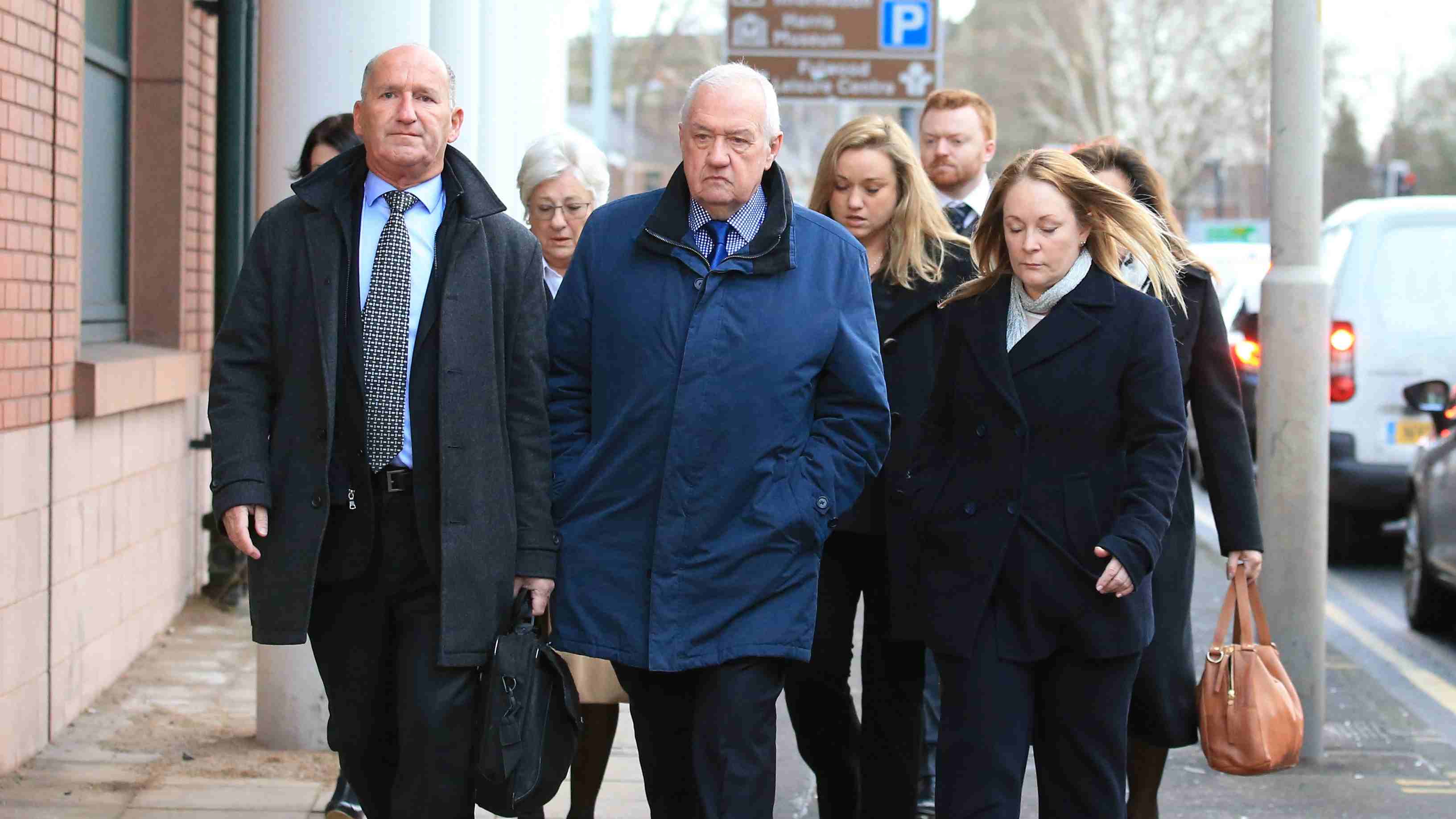 The police commander in charge during the 1989 Hillsborough stadium disaster that killed 96 Liverpool supporters and injured 766 football fans went on trial on Monday accused of manslaughter.
David Duckenfield, the match-day commander at the FA Cup semi-final between Liverpool and Nottingham Forest at Sheffield Wednesday's Hillsborough ground on April 15, 1989, has pleaded not guilty to 95 counts of gross negligence manslaughter following the fatal crush in the Leppings Lane end.
Read more: Deadly stadiums: The worst disasters in 100 years
There is no manslaughter charge over the death of a 96th casualty, Anthony Bland, as he died almost four years later, and under the law in 1989 his death is now "out of time" to be prosecuted.
Duckenfield, 74, sat next to co-defendant, former Sheffield Wednesday club secretary Graham Mackrell, who is charged with an offence involving the stadium safety certificate and a health and safety offence. 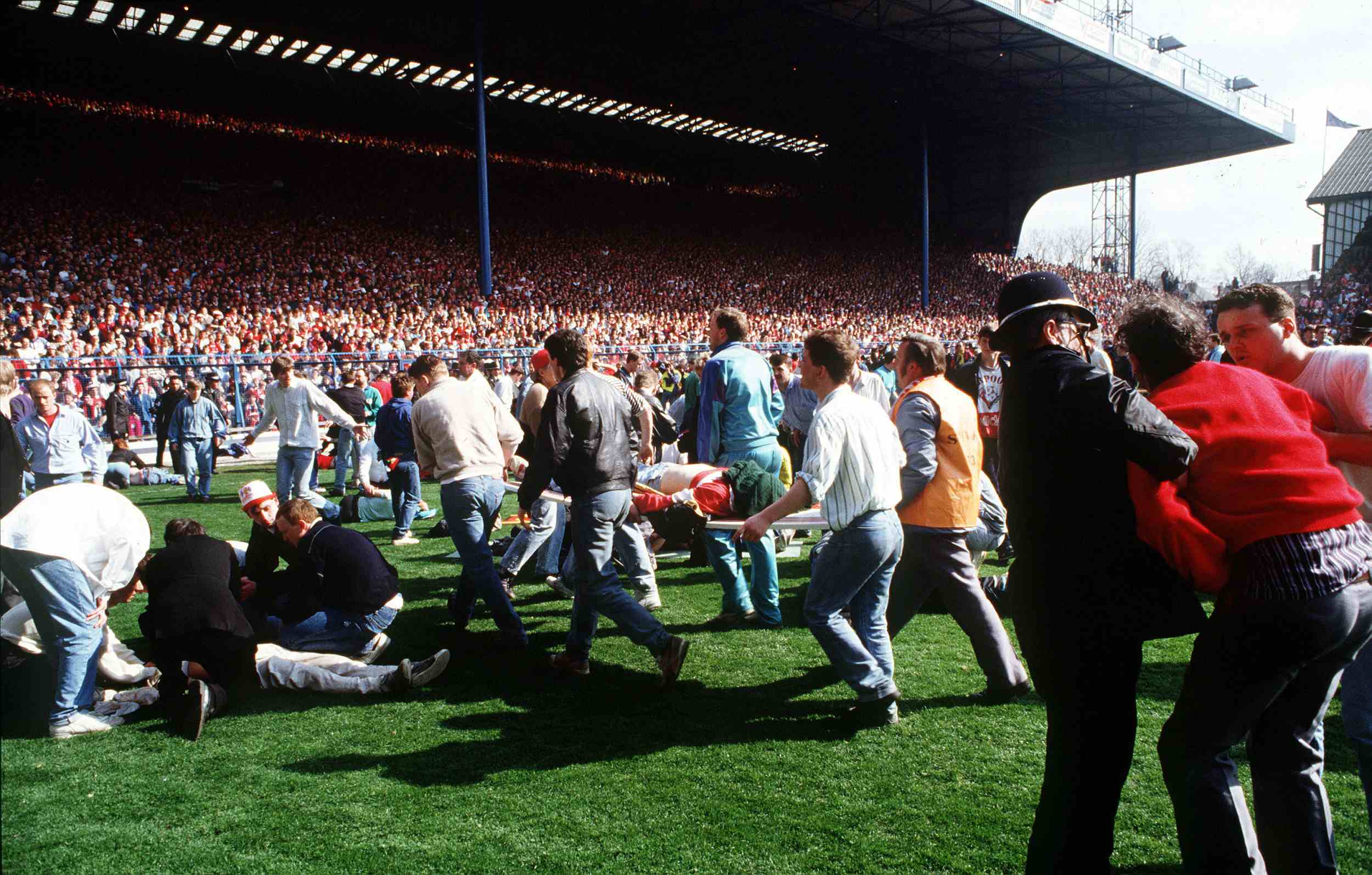 Police and fellow fans tend to the injured after a crush during an FA Cup semi-final between Liverpool and Nottingham Forest at Hillsborough Stadium, Sheffield, UK, April 15, 1989. /VCG Photo

Police and fellow fans tend to the injured after a crush during an FA Cup semi-final between Liverpool and Nottingham Forest at Hillsborough Stadium, Sheffield, UK, April 15, 1989. /VCG Photo

The trial, which is taking place at Preston Crown Court in northwest England, 40 kilometers from Liverpool,  began with the whittling down of 100 potential jurors to the final panel of 12, with candidates asked if they supported any of the clubs involved or knew either of the men on trial.
It is unknown how long the trial is expected to last.
Families of the Hillsborough victims fought a long campaign for events surrounding the disaster to be re-investigated, and around a dozen family members were in court for the start of proceedings.
The Crown Prosecution Service, England's state prosecutors, announced the decision to press charges in June 2017. "We will allege that David Duckenfield's failures to discharge his personal responsibility were extraordinarily bad and contributed substantially to the deaths," the CPS said at the time.
Former police officers Donald Denton and Alan Foster, plus retired lawyer Peter Metcalf, will go on trial in September, charged with doing acts intended to pervert the course of justice.
(Top picture: Former Chief Superintendent of South Yorkshire Police David Duckenfield arrives at Preston Crown Court in Preston, UK, January 14, 2019. /VCG Photo)
Source(s): AFP