The first day of 2019: Greetings and farewell
By Ye Qing 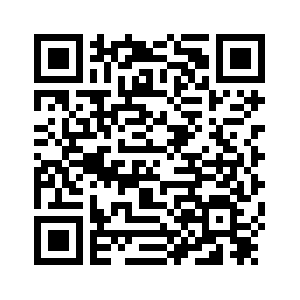 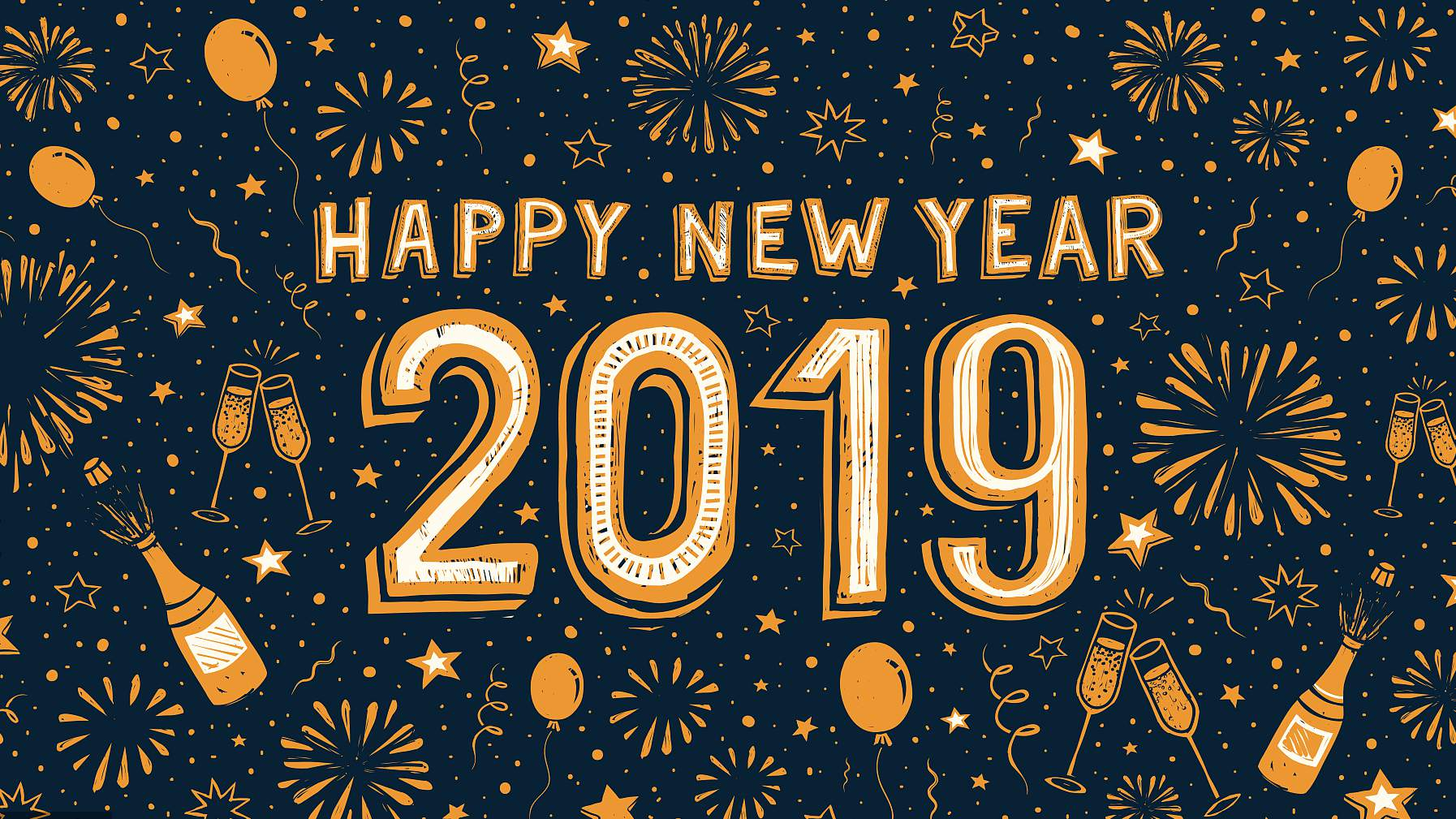 Happy New Year and welcome to 2019!
Although it is globally celebrated, in China, New Year's Day has a history of more than 3,000 years. Chinese people call this day "Yuan Dan," the word "元旦 Yuan Dan" first appeared in the Book of Jin. January 1 as China's New Year's Day in solar calendar, the "元 Yuan" means "beginning," "旦 Dan" refers to the "day" in Mandarin, while "Yuan Dan" is also called the "the first day of the year."
Today's "New Year's Day" was decided on September 27, 1949, at the first plenary session of the National Committee of the Chinese People's Political Consultative Conference (CPPCC).
At the same time as deciding to establish the People's Republic of China, the conference also decided to adopt the Gregorian calendar system, or solar calendar, however, the lunar calendar has not been abolished. Nowadays, traditional Chinese festivals still follow the lunar calendar.
Also, the conference decided that January 1 on the solar calendar was officially "New Year's Day". 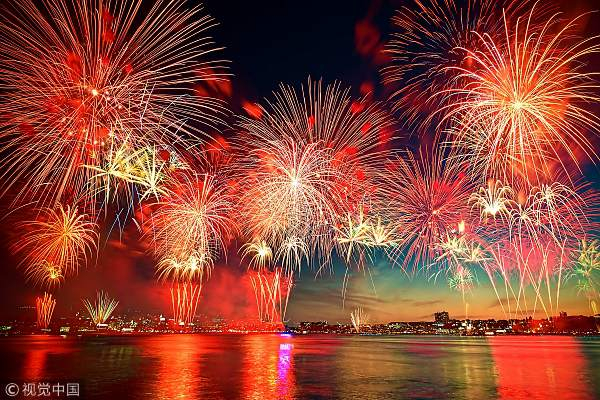 Many Chinese people like to set off fireworks. /VCG Photo

Many Chinese people like to set off fireworks. /VCG Photo

After that, some families may regard this day as a day of reunion and dinner, while more intensive celebrations are held on the eve of the traditional Spring Festival.
Besides, Chinese TV stations hold New Year's gala parties at different times, inviting different celebrities and audiences to welcome the New Year.

With the arrival of 2019, China also ushered in its 70th birthday. In 2018, China lost many notable celebrities, but it also made many artistic achievements and even policy progress. The coming of the 70th anniversary of the founding of the People's Republic of China has also enabled many cultural industries to find new directions, such as film and television and variety shows.
Last year, China enacted stricter tax policies for the film and television industry. But China's film and television industry has made a lot of achievements under the guidance of many policies. For example, China has met its box-office target for 2018 days before the year's end, with movie ticket sales exceeding 60 billion yuan. 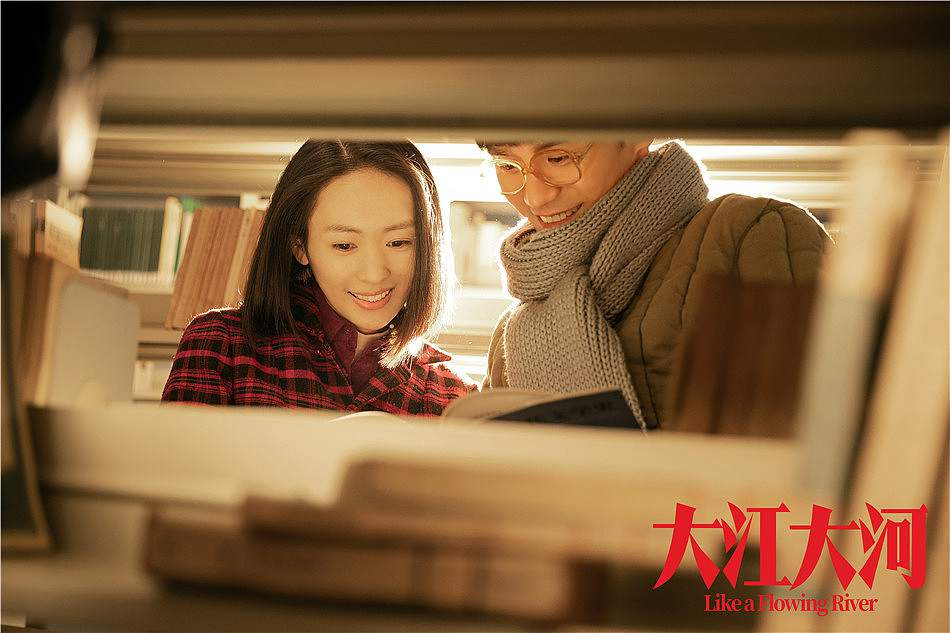 "Like a Flowing River" is a Chinese period drama based on Ah Nai's novel "River of Time". /VCG Photo

"Like a Flowing River" is a Chinese period drama based on Ah Nai's novel "River of Time". /VCG Photo

A large number of excellent domestic drama series also appeared in the audience's sight before the 70th anniversary of the founding of the People's Republic of China and were highly praised by the viewers, including Like a Flowing River, a Chinese period drama based on Ah Nai's novel River of Time.
According to Tencent, in 2018, the production and development of variety shows became more rational. Cultural programs and observation programs, like Heart Signal in Tencent achieved good market performance and feedback on social media, while fewer programs rely on stars to drive ratings up.
The program list of 2019 showed that the proportion of reality shows with celebrities and idols decreased significantly, and the platforms paid closer attention to music, comedy and observation programs, as Tencent reported. 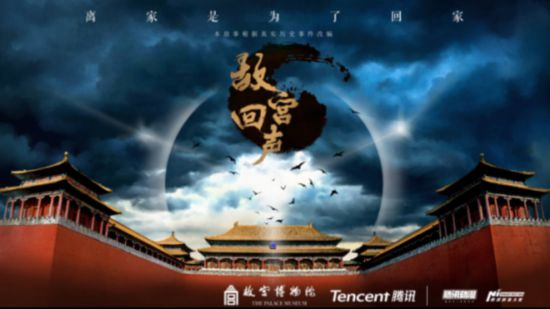 Regarding culture, to make people pay more attention to traditional festivals and customs, Internet products such as short video and comprehensive online programs have continuously been innovated and deeply integrated with traditional culture.
For example, the Palace Museum has entered the cosmetics industry and also teamed up with Tencent animation and Tencent NEXT IDEA to create the IP of the Palace Museum themed cartoons. At the same time, a series of cultural variety shows, such as Chinese Poetry Congress and National Treasure, have brought traditional culture back to the public.