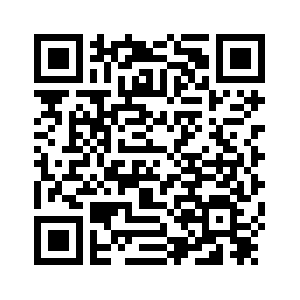 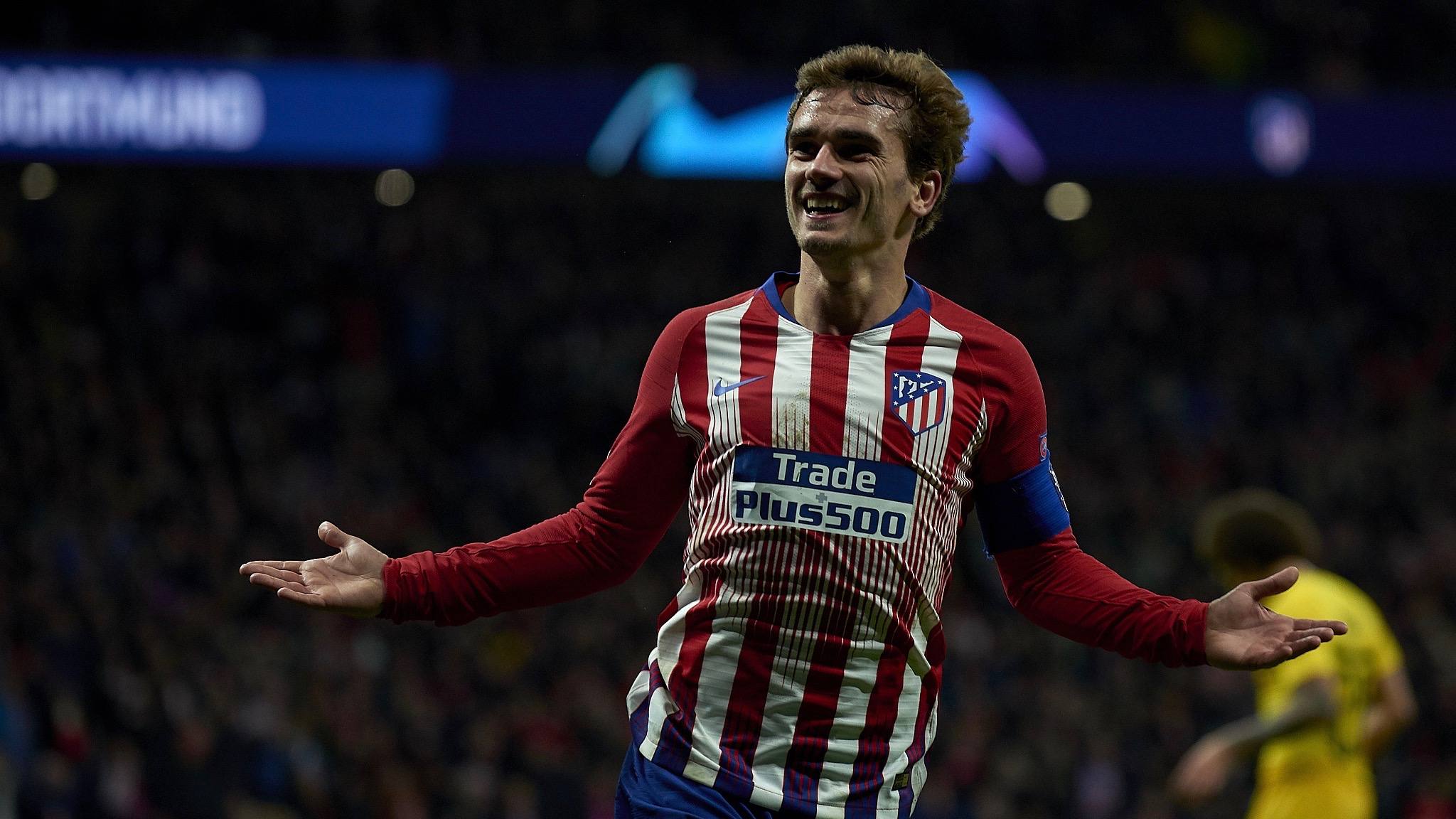 Two weeks ago, when La Liga's Atletico Madrid traveled to the Westfalenstadion to taken on the Bundesliga's Borussia Dortmund, many were expecting an exciting contest.
Both Dortmund and Atletico take up the same space in the imaginations of fans of European football: They're both scrappy, exciting underdogs that are perpetually kept out of title contention by the canonical big boys of Europe – Bayern Munich for Dortmund, Barcelona and Real Madrid for Atletico – but make up for it by seeming more authentic, more real.
Dortmund's club catchphrase of “Echte liebe, echte fußball”, which translates to “True love, true football” sums it up perfectly.
The one key difference, however, is that Atletico under Argentinian coach Diego Simeone are known for their toughness.
Simeone, who is always seen on the sidelines in a black-on-black suit that makes him look like a hitman from a Johnnie To movie and, to this day, still most famous for provoking David Beckham into being sent off in the England vs. Argentina game at France '98, lives the hard man gimmick and that has been passed on to his squad, who are known to turn up the heat when they feel the game slipping away (as anybody who has seen the oft-brutal Madrid Derby can attest).
Which is why the result of that particular fixture was one of the only truly shocking results to come out of sports this year as Dortmund turned Atletico over 4-0, a scoreline never before seen by Los Rojiblancos. It's the kind of result that can turn a team upside down if left to linger and so Atletico came into the return leg looking for revenge, and Dortmund, strangely enough, gave it to them. 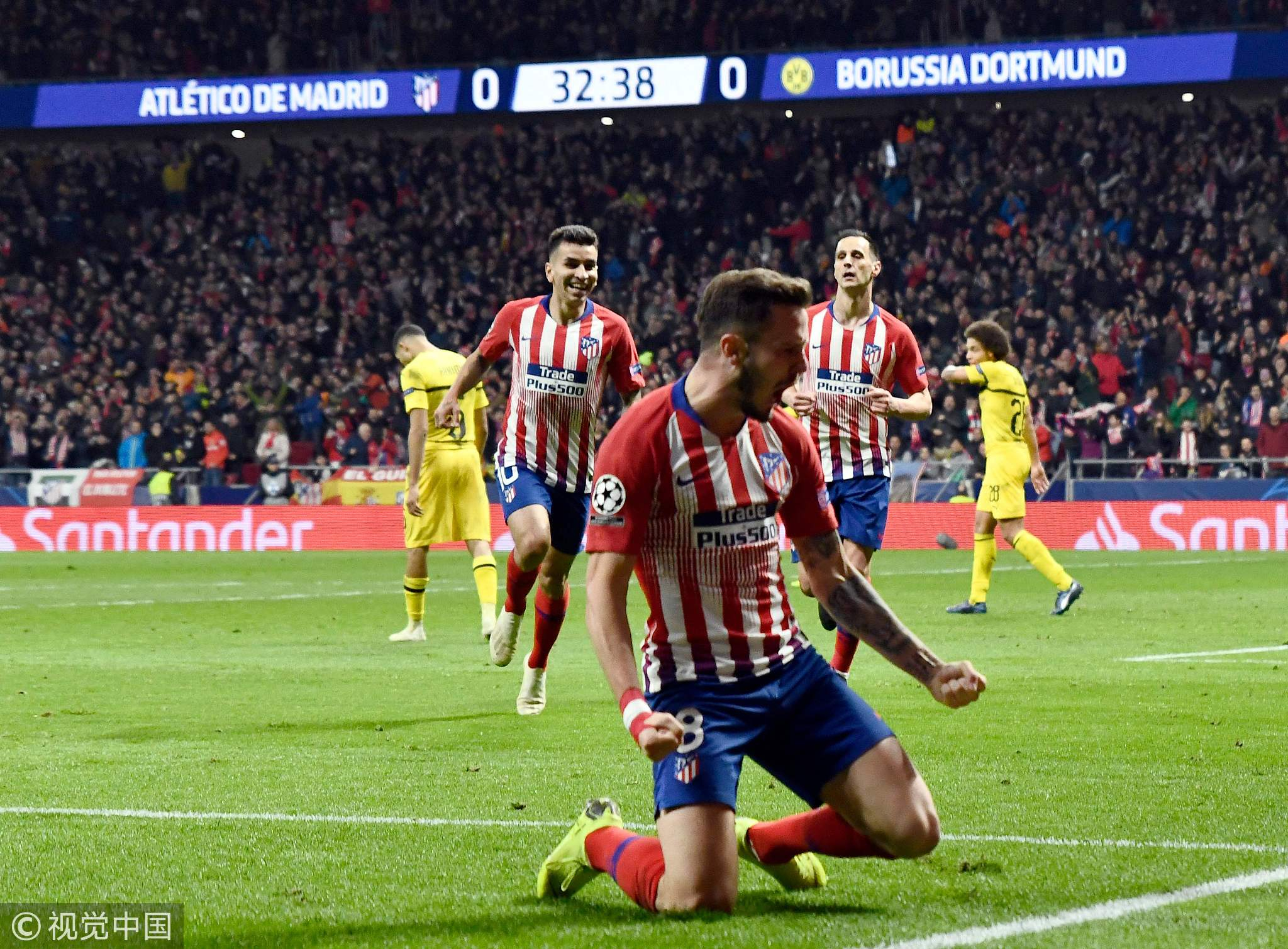 The opening whistle was like a starting pistol for Atletico who, in the space of five minutes, had a shot on goal, from Saul Niguez conceded a free kick and got a yellow card for a rough tackle.
They kept the pace high, with Griezmann in particular always looking to make a break into the Dortmund box.
But for every attack that made it into the Dortmund half, Die Schwarzgelben always had a counter and got a lot of service down their left via Achraf Hakimi and Thomas Delaney.
Once in the ball has been crossed into the Atletico box, BVB's trademark lighting quick passes came into play and shredded the defense with three, four, five touch tap-X-on-FIFA type quick passes to maneuver into space.
Against lesser teams – and Atletico were one of them last time around – this would have likely ended in a series of goals.
Instead, in a major change to the away leg, Simeone's men collapsed into what was essentially a back-nine formation anytime they lost off the ball, meaning there were quite simply too many men in front of goal for any of the usual Dortmund shot-callers to get a clear strike.
Atletico didn't have that problem. In the 22nd minute, Angel Correa had two shots, the first from his left foot and the second from his right, saved by Dortmund keeper Roman Burki, whose energy and athleticism was the only thing stopping this tie from becoming a slaughter early on.
That said, there was a sense of creeping inevitability to the flow of play. Whenever BVB were on the attack, Atletico hunkered down; whenever Atletico were on the attack, BVB gave them space, and in the 33rd minute, the 60-second-shooter himself, Niguez, made it 1-0 with a stunningly clever goal.
Luis Felipe's short cross was stepped over by Correa, diverting BVB's attention just enough for Niguez to finish with a smooth left (and a terrible attempt at a block from Manuel Akanji).
By halftime, the goalscorer had made two more attempts on goal, making the most of his start in place of the injured Koke. 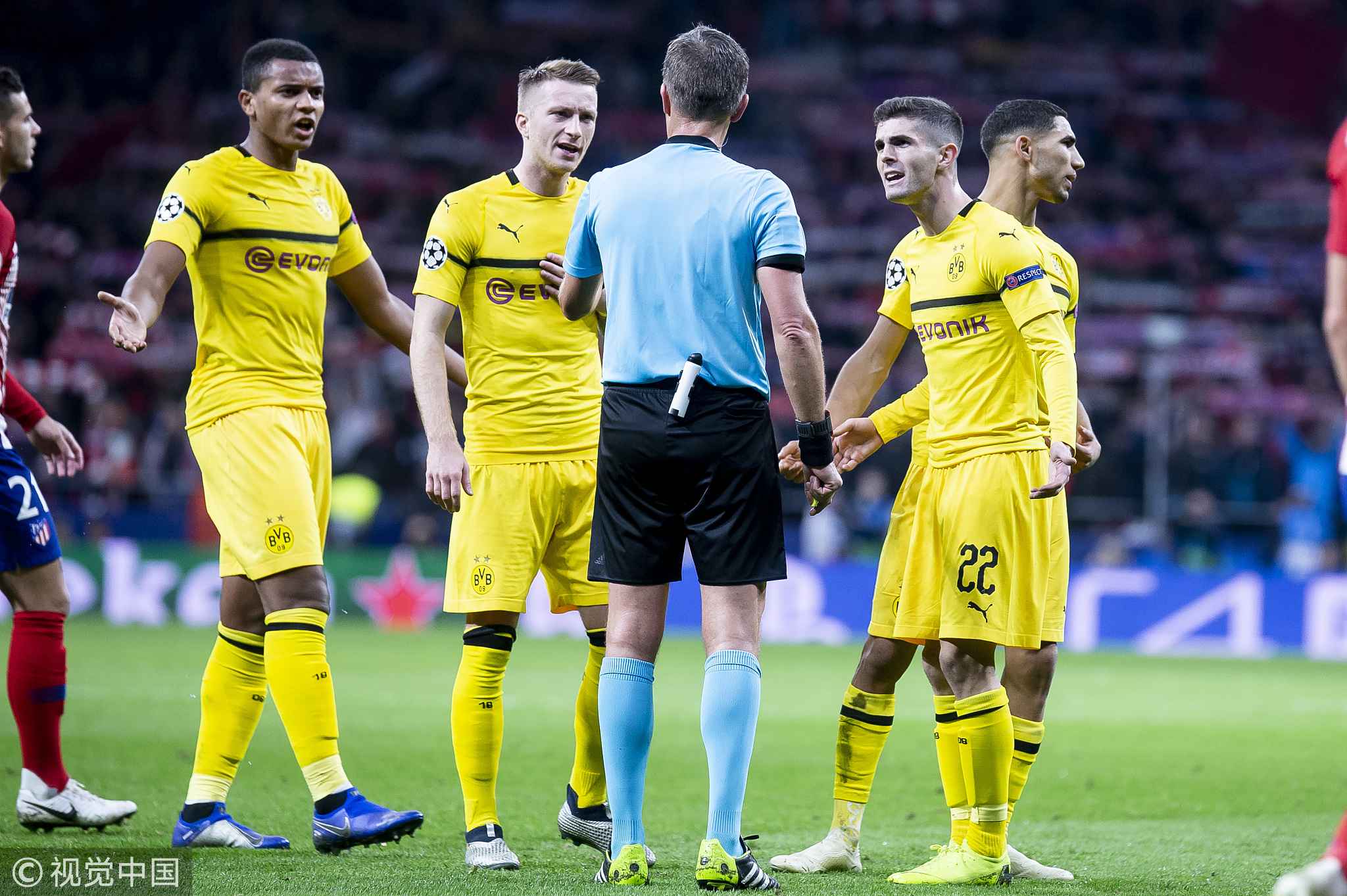 Whatever Dortmund coach Lucien Favre said to his men at halftime, it clearly wasn't enough. If Atletico weren't playing with more energy than sense, it could have been a rout already.
Perhaps the Germans were flying on the game playing out like the first leg, in which three of the four goals came in the final 25 minutes. Alas, in the Metropolitano, you only get what Simeone gives you an, in the second half, he dished out more of the same.
Still playing incredibly open, and still doing it for seemingly no reason, Dortmund gave Atletico plenty of space to work both offensively and defensively.
In the 61st minute, directly following a like-for-like swap between Raphael Guerreiro and Christian Pusilic, Correa almost made it 2-0 with a shot from deep inside the Dortmund box that was set up by a very simple toe poke.
Another Dortmund change, replacing Paco Alcacer with World Cup 2014 winner Mario Gotze, emphasized just how bloodless they had been in this game; Gotze may have never recovered from his hotshot move to Bayern but he's still considered one of the star players in this side, yet his positioning as a Solskjaer-esque supersub only reminds everyone that Axel Witsel, Marco Reus and Alcacer himself, all top players in their own right, had done nothing all game.
Griezmann killed the game in the 80th minute with a goal that summed up the game completely. His cheeky wrong-footing of the keeper came under pressure by three players in yellow shirts but it began with him receiving the ball, completely unmarked, in acres of space.
It ended 2-0 - not just “0” in terms of goals for Borussia Dortmund, that number represents the total shots on target also. It's a deflating end to their 15-game unbeaten streak and now leaves them equal to Atletico Madrid on points at the top of Group A.