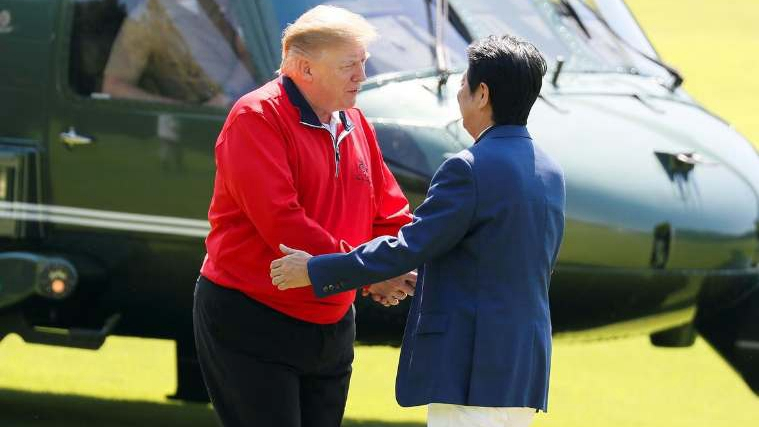 Editor's note: Sun Chenghao is an assistant research professor at the Institute of American Studies of China Institutes of Contemporary International Relations. The article reflects the author's views, and not necessarily those of CGTN.
It seems that Trump's four-day visit to Japan is largely ceremonial. Trump met Japanese Prime Minister Shinzo Abe on Sunday for golf, a sumo tournament and a private dinner. Trump will also be the first foreign leader received by Emperor Naruhito.
Trade is among the top list of items on Trump's discussion agenda with Abe and the divergence between the two have always been massive. Trump has treated Japan, like the EU, Canada and other allies, with more hostility than they expected, attempting to restructure trade relations by threatening more tariffs. 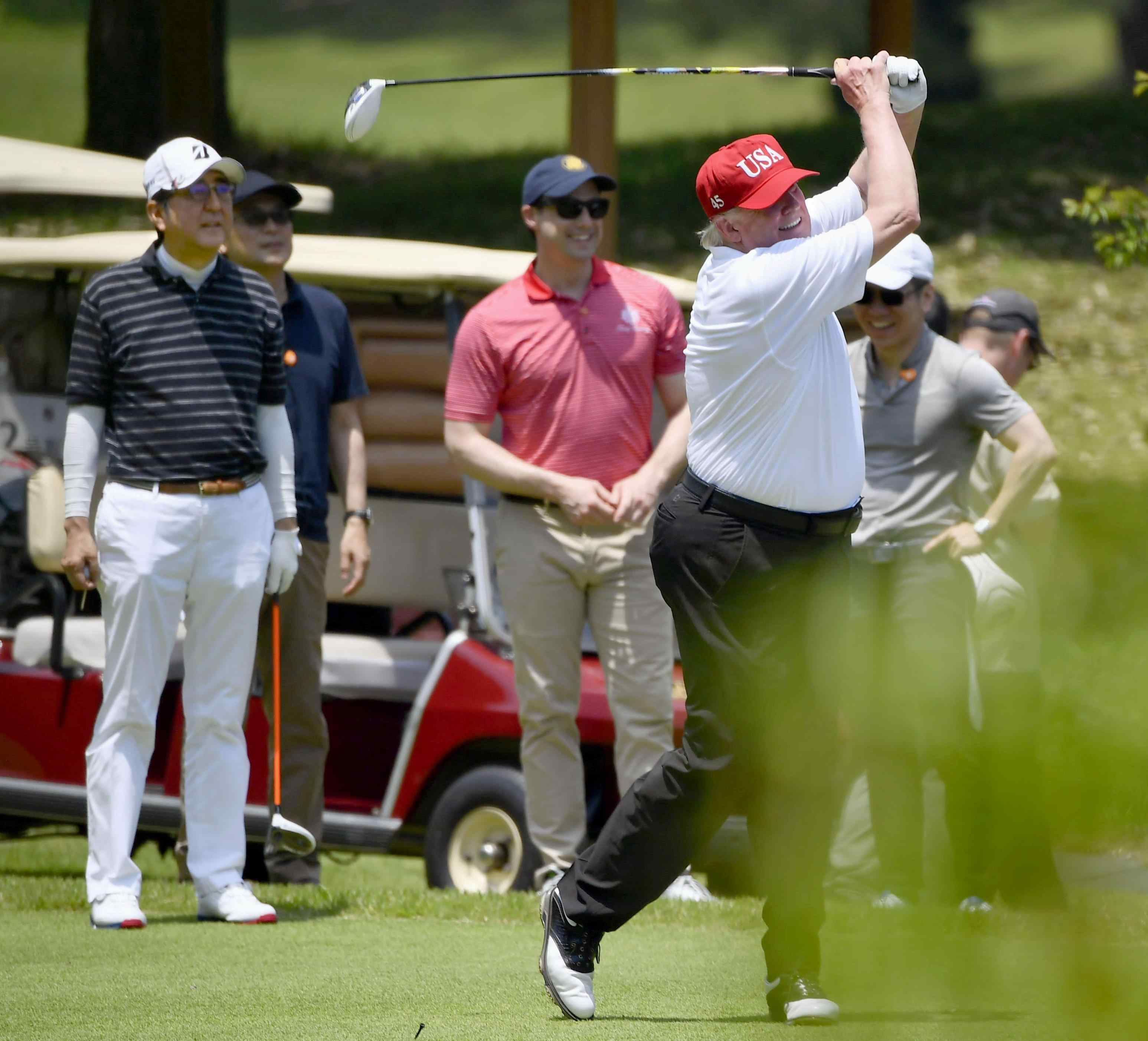 For Trump, one of his priorities in U.S.-Japan relations is to strike a trade deal that would address the U.S. trade deficits. Based on data from the U.S. Trade Representative, the U.S. had a deficit of 56.8 billion U.S. dollars in goods and services with Japan last year. Although he postponed a decision on auto tariffs for up to six months, Trump still views Japanese car imports as a potential national security threat.
The delay of the U.S. auto tariffs could create a more favorable environment for Trump's visit, but not a solution to iron out the differences. The good news for Japan is that Trump needs a trade deal more desperately than before.
The potential breakdown of the trade deal with China will hit both U.S. economic prospects and Trump's trade agenda. Many observers and business people are concerned that a possible full-fledged trade war with China will pose a serious risk to the U.S. economy. According to the estimations of some economists, if the tariff war lasts for one year, it could subtract two percent from U.S. GDP growth, a disaster for Trump's reelection efforts in 2020.
The new changes in China-U.S. trade negotiations have also disrupted Trump's trade agenda. The ideal plan is that the U.S. would make a deal with China first and then use it as leverage to pressure the EU and Japan to concede. 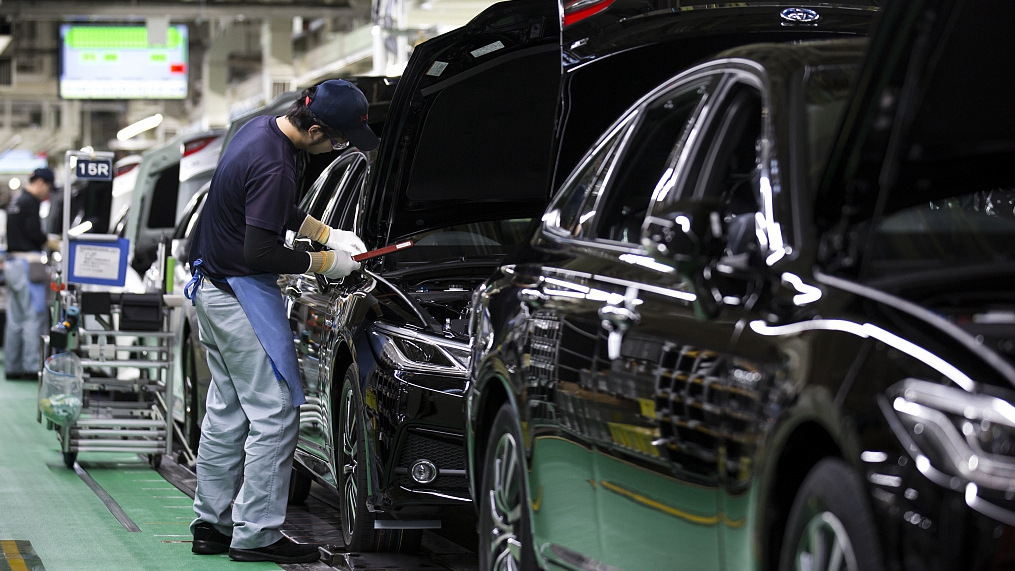 A worker assembles a Toyota on the production line of the company's Motomachi factory, July 30, 2018. /VCG Photo

A worker assembles a Toyota on the production line of the company's Motomachi factory, July 30, 2018. /VCG Photo

A protracted negotiation with China now means the U.S. government could lose the bargaining chips which should be gained from a successful trade deal with China.
Another important topic is the Korean Peninsula. After the first round of meetings between Kim Jong Un and Trump last June in Singapore, Japan, attempting to play a role in the peninsula issue, followed the U.S. pace and started to explore the possibility of engaging the Democratic People's Republic of Korea (DPRK).
It is expected that the U.S. and Japan will reiterate their commitment to the sanctions against the DPRK.
Another challenging task for Japan is to pave the road for the upcoming G20 held in Osaka at the end of next month. Abe has attached great importance to this "home-court diplomacy" and needs to know more about Trump's current thoughts on foreign policy in case the bickering among the G7 members appear once again. Good luck, Abe.
(If you want to contribute and have specific expertise, please contact us at opinions@cgtn.com.)