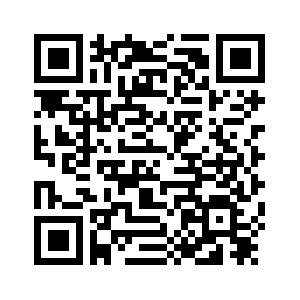 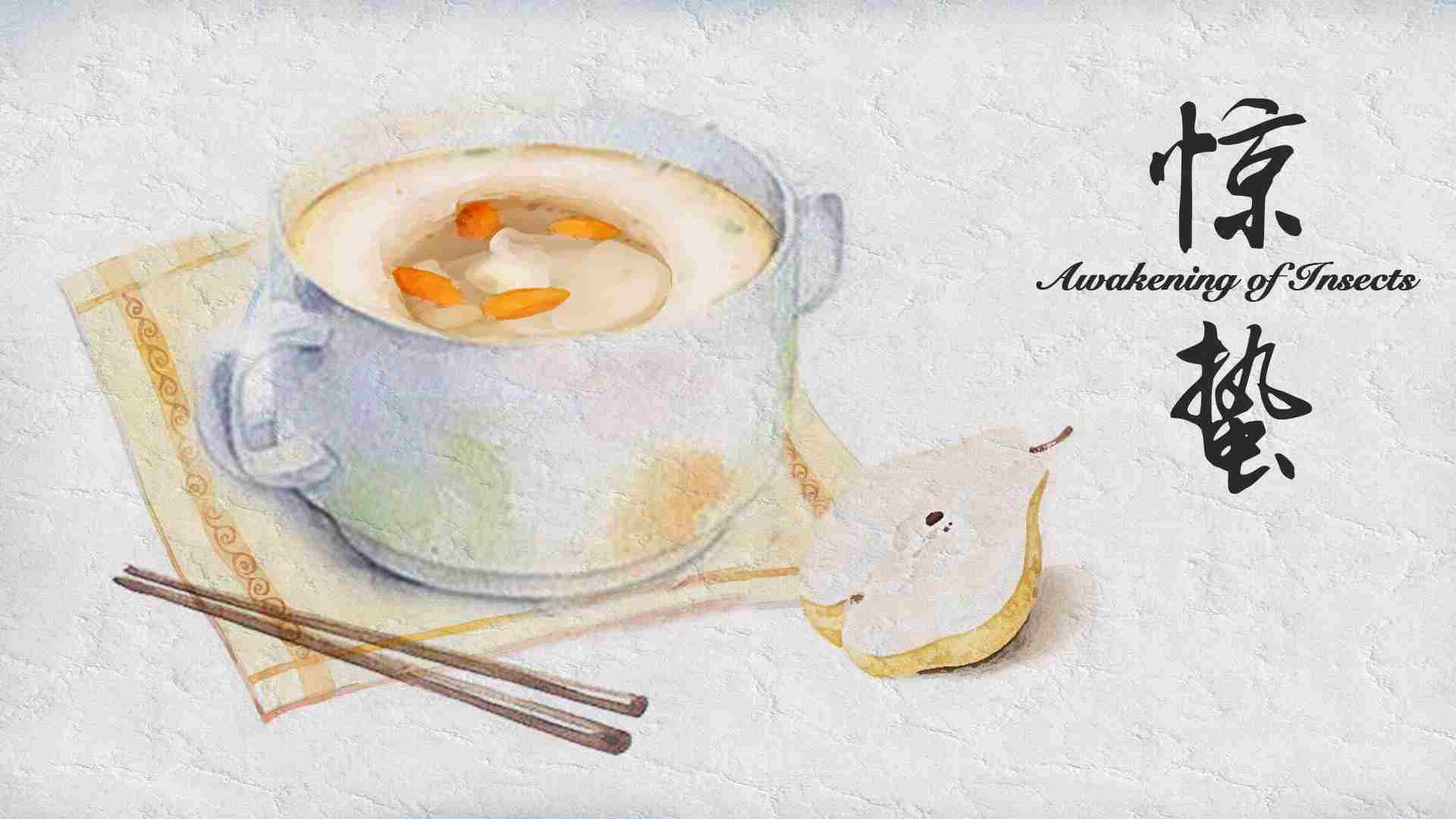 When the first spring thunder cracks the sky, farmers across the northern hemisphere know that rain will be coming soon as a relief.
In China, this period is called "Jing Zhe," or the "Awakening of Insects," marking the beginning of a busy season for farmers across China. The period starts on March 6 this year.
In Chinese, the word "Jing" means awakening, and "Zhe" refers to hibernating insects. As its name implies, "Jing Zhe," the third solar term in the year, reflects the natural phenomenon of when animals and insects start to reappear. 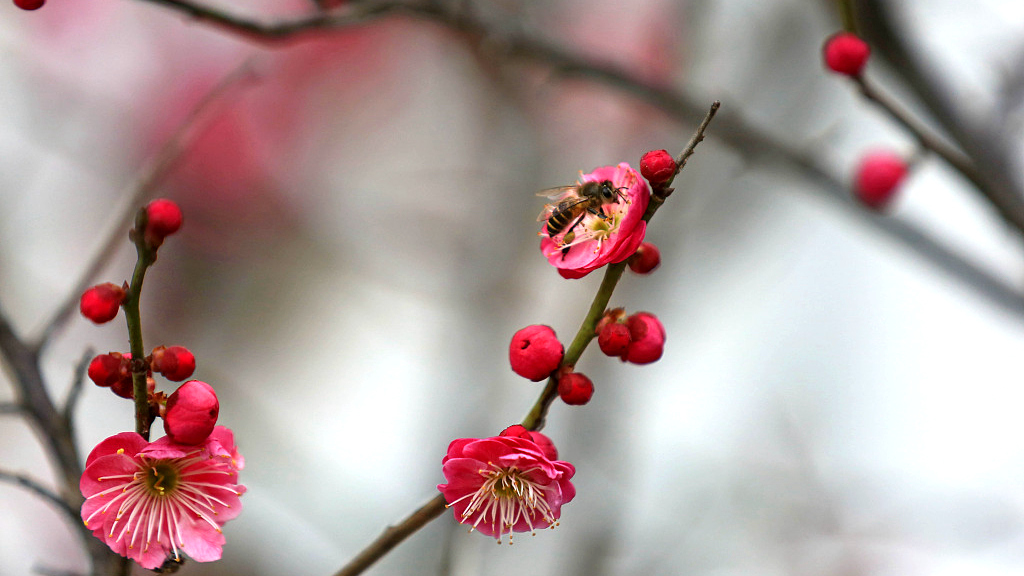 A bee is attracted by the fragrance of plum blossoms in Huai'an, east China's Jiangsu Province, March 5, 2019. /VCG Photo

A bee is attracted by the fragrance of plum blossoms in Huai'an, east China's Jiangsu Province, March 5, 2019. /VCG Photo

In ancient times, people believed that insects were awakened from their winter sleep by the crash of thunder, which is common during this period.
Modern scientific research has proven that what really wakes up the insects is the increasing temperature and humidity of the soil.
What edibles do we need during the Awakening of Insects?
When the Awakening of Insects begins, the air gets warmer and the wind from the north blows stronger. It leads to a rise in allergens and pollen in the air, which can trigger asthma attacks and other respiratory illnesses. 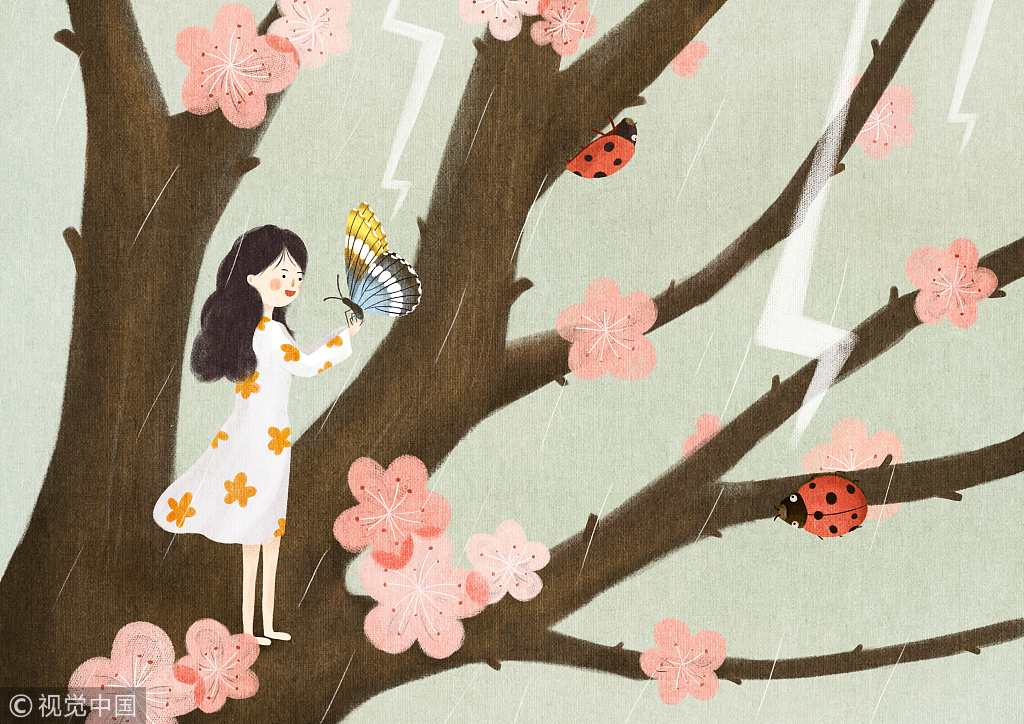 Traditional Chinese medicine believes that our bodies during this period might suffer from the internal heat caused by the rapid rise in temperatures.
People tend to have sore throats and parched mouths due to the dry air. It is also easy to get a cold as the temperature varies greatly between day and night.
During this time, traditional Chinese medicine recommends eating milder food, such as red dates, lotus roots, and Chinese yam, as well as green vegetables and juicy fruits, which are full of fiber and can provide vitamin C, vitamin E, and other nutrients. 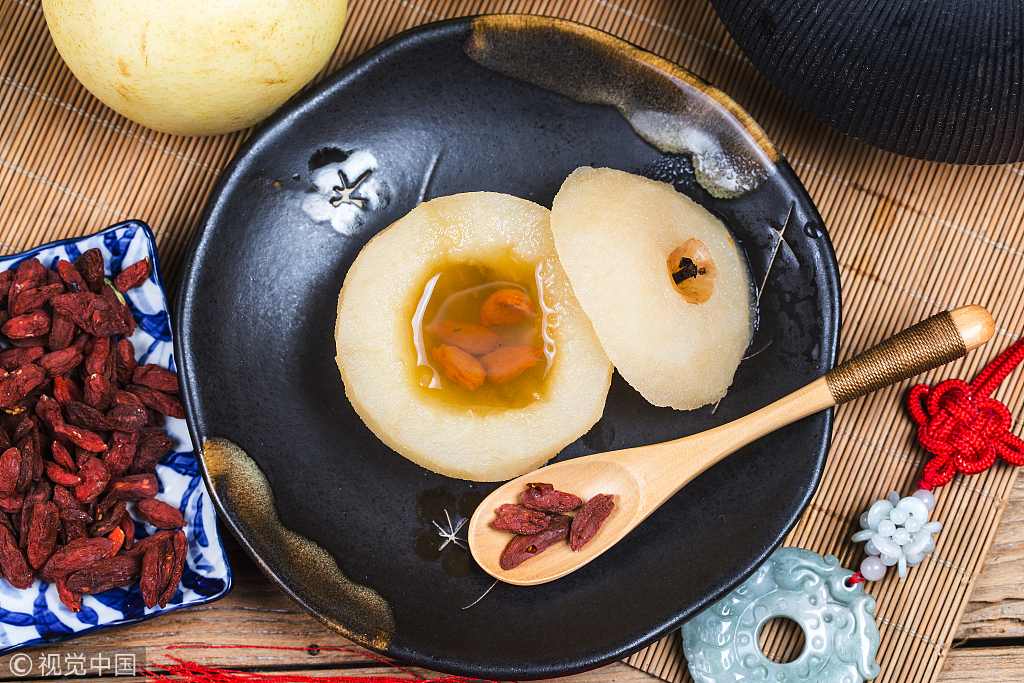 Among all, pears are a perfect choice for its moist and cold nature. Cooked with rocky sugar, the succulent fruit plays the lead role in making a tasty and healthy Chinese dessert that also helps soothe the throat and suppress coughs – a must try during the Awakening of Insects.
Firm and crunchy pears become soft and transparent, and even juicier, after steamed or boiled. The melt-in-your-mouth pear pulp, as well as a blend of pear juice and rocky sugar water, creates a wonderful taste that will please your palate on all occasions.
To prepare the seasonal delicacy in early spring, it is also recommended to add some herbal edibles that help boost and balance yin and yang energy inside our bodies against the changing weather and temperature. 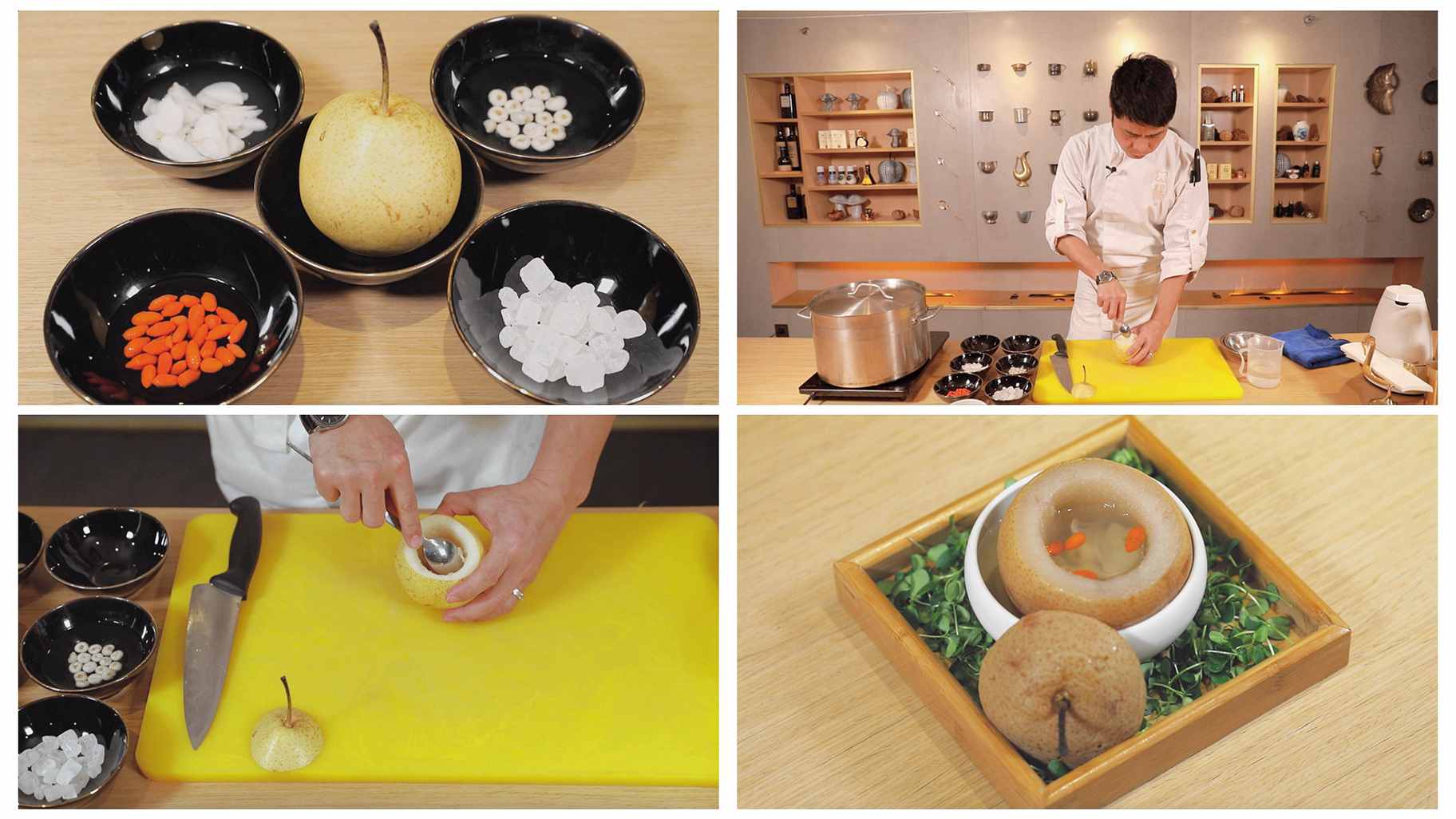 Both fritillary bulbs and lily bulbs work very well and have some medicinal benefits. For instance, Sichuan fritillary bulbs, also known as "Chuan Bei," can help clean the respiratory tract and moisten the lung.
It is a traditional Chinese dessert with a long history, which involves simple preparation steps. In addition, it can be served anytime in the year, especially when you are suffering from a sore throat or dry cough.
Watch the video at the beginning of this article for step-by-step instructions and more details on how to make a bowl of the tonic dessert!
Video by Lan Haowei
Videographer(s): Shen Hui, Gao Boyuan
Cover Image by Du Chenxin