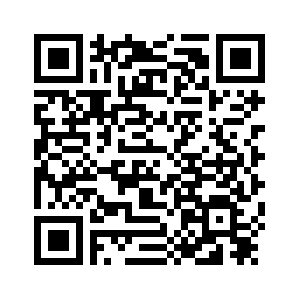 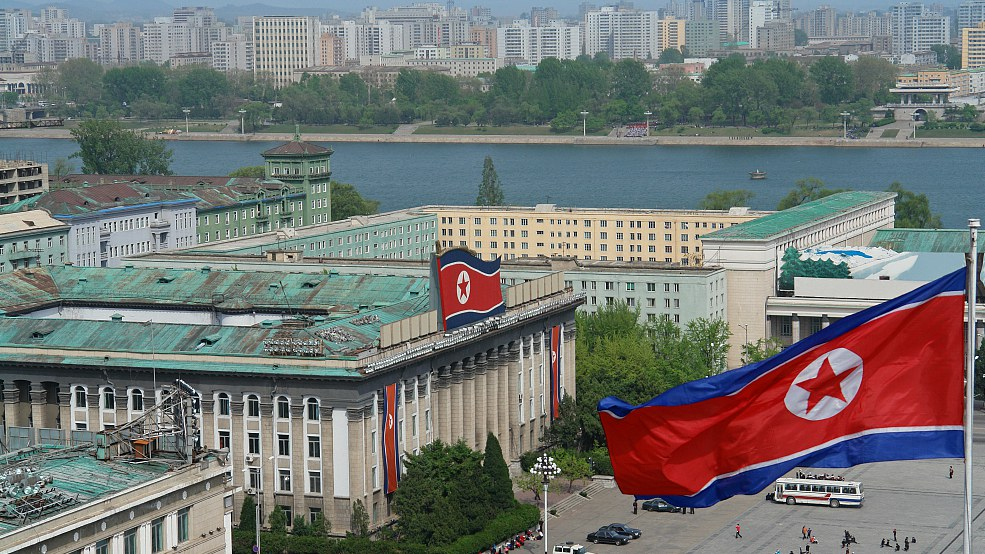 Editor's note: Zhu Zheng is an assistant professor at China University of Political Science and Law who focuses on constitutional law and politics. The article reflects the author's opinion, and not necessarily the views of CGTN.
The abrupt collapse of talks between U.S. President Donald Trump and DPRK leader Kim Jong Un in Hanoi stunned the world.
Perhaps as a result of the previous gushing interactions, the two leaders had misconstrued each other as thirsty for a deal, but the reality points to the other way around.
Trump took Kim's Singapore pledge seriously. Kim's promise that the Korean Peninsula will have complete denuclearization seems to have been understood by Trump to mean the unilateral complete disarmament of nuclear weapons.
Therefore, Trump thought that by wielding his diplomatic skills, the DPRK would be willing to voluntarily hand in all weapons in exchange for peace and economic development.
Kim Jong Un appears to also have misjudged the status quo. For his part, he deviated from his previous promises on the table and assumed that by hiding his nuclear arsenal elsewhere under the table, the U.S. would normalize relations with the DPRK and lift all economic sanctions, once and for all.
However, complete denuclearization of the Korean Peninsula will not be attainable overnight. As some commentators observed, the Kim-Trump summit went too far and too fast in a way that is not beneficial for either. 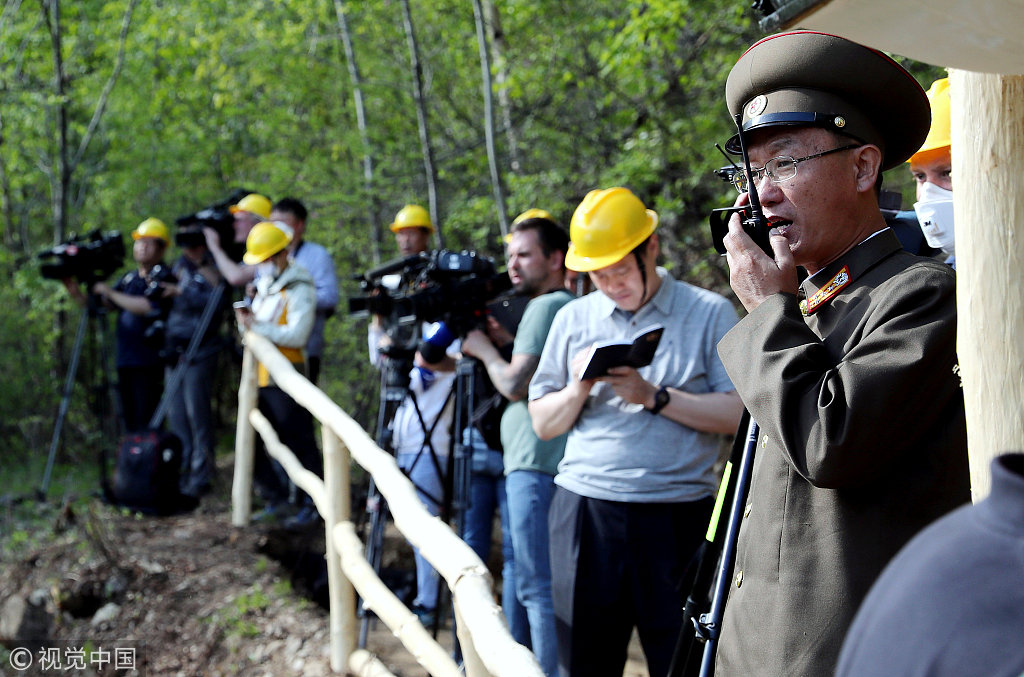 An official from DPRK's Nuclear Weapons Institute talks on a walkie talkie during the dismantlement process in Punggye-ri, DPRK, May 24, 2018. /VCG Photo

An official from DPRK's Nuclear Weapons Institute talks on a walkie talkie during the dismantlement process in Punggye-ri, DPRK, May 24, 2018. /VCG Photo

It brings about too many uncertainties and whether Trump and Kim will break up or make up is now anybody's guess.
Whatever the finale is, the Hanoi meeting is of historic significance. It would not have taken place without misunderstanding, American domestic political wrestling and most important of all, diplomatic assistance from China. Therefore, it is of relevance and importance to reflect the whole story, perhaps from Kim Jong Un's perspective.
It should be admitted that Kim had luck and misfortune at the same time.
The DPRK is lucky because China, as a partner, has maintained a close bond with Pyongyang, albeit with twists and turns.
The two countries share views and interests in multiple international issues and their leaders have maintained good personal ties over the decades.
While some believed that as a result of the DPRK's rapid rapprochement with the U.S., China's role has been largely marginalized, it is still an undeniable fact that China has unrivaled leverage over the DPRK and played an irreplaceable role as a security guarantor for the peninsula.
From a geopolitical point of view, credit should be given to China for a series of positive developments that have occurred on the peninsula in recent months.
However, Kim is also unfortunate. The timing of the Hanoi summit was bad as Trump's hands were more or less bound by his embattled position in Washington.
In a dramatic testimony on February 28, Michael Cohen, Trump's former attorney, accused the president of committing crimes to cover up affairs and having prior knowledge of a WikiLeaks release.
A string of bombshells delivered by Cohen could spawn fresh investigations by Congress and the FBI, which forced Trump to deliver something spectacular in Hanoi or nothing at all to show his strength domestically. 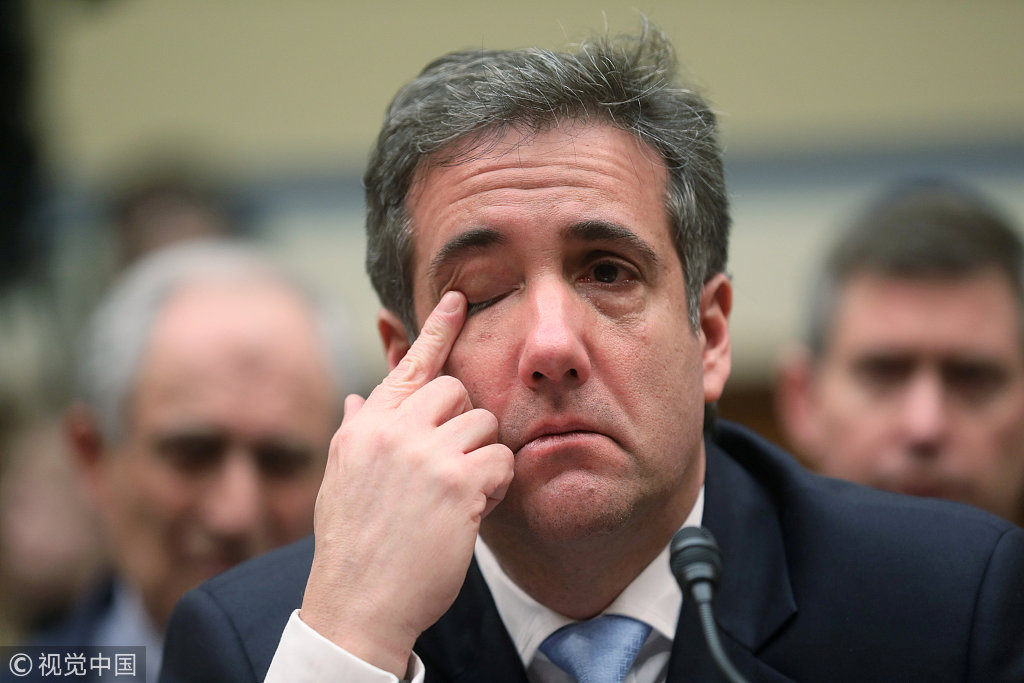 In this light, a smaller deal was not acceptable to Trump.
So he insisted that not only the DPRK's oldest and biggest nuclear weapons complex at Yongbyon be shut down, but also other secret locations identified by intelligence services be closed in return for sanctions relief.
However, these demands over the pace and price can be bridged only through additional diplomatic efforts, not just a single stroke. This means the seeds of failure were sowed at the very beginning of the talks.
Further, Kim was marked by a bad fortune because he has encountered Trump as a peculiar American president. By and large, few presidents would strictly keep their campaign promises as Trump does: Not only has Trump scrapped Obamacare and signed executive order to suspend immigration from terror-prone regions, but he has also launched a trade war with China to deliver on his vow to correct the trade deficit as he promised in his 2016 campaign.
Most importantly, he pledged to open talks with the DPRK and squeeze the country to abandon its nuclear weapons program.
Indeed, after Trump came to office, he enforced his strategy to apply maximum pressure on the DPRK  before turning to engagement, and it seems unlikely that Trump will abandon this promise despite the Hanoi setback.
U.S.-DPRK relations have reached a new crossroads. By exposing the lacuna between the two sides rather than papering them over, it is likely that the Hanoi failure could be maneuvered as a new start for the next round of summitry. But because of the aforementioned good and bad fortunes, the relationship is awaiting a big change, and all eyes are on it now.
(If you want to contribute and have specific expertise, please contact us at opinions@cgtn.com.)