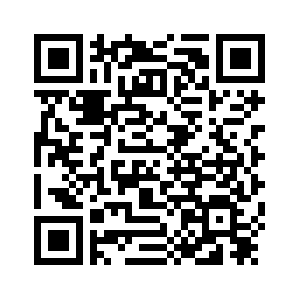 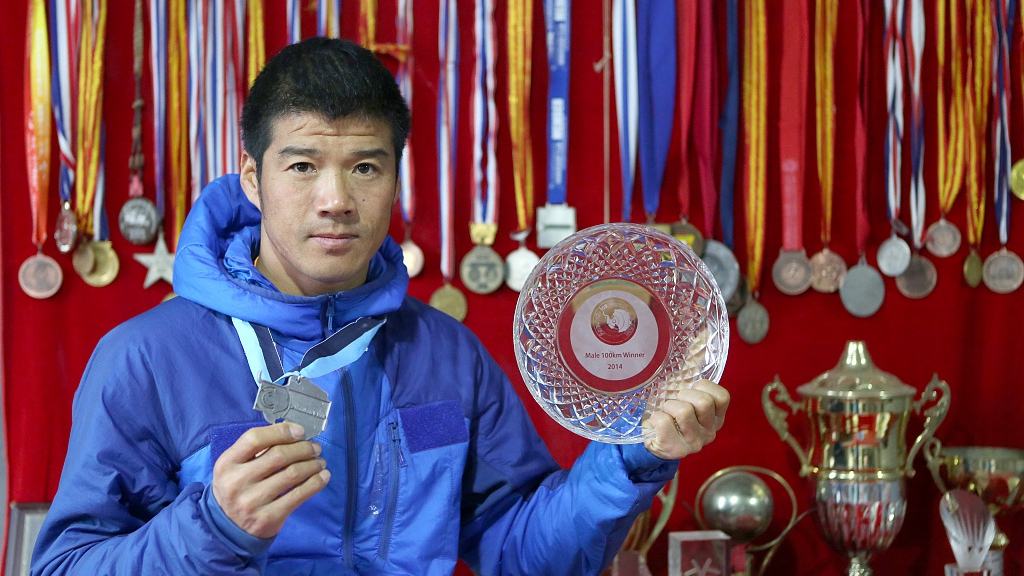 With marathon fever sweeping through China, the name of Chen Penbin has become familiar with millions of the country's runners. But that isn't enough for the 40-year-old "Forrest Gump-style" sportsman as he is trying to qualify for the winter Olympic Games' cross-country event. Still running long after the usual retirement age for athletes, the Seven Continents Finisher's track is starting to seem endless.

Born in 1978, Penbin grew up on Jishan Island in Zhejiang Province and began working for his family's fishing company after graduating from primary school at the age of 13. After struggling on the choppy seas for almost a decade, he became tired of facing the dangerous situation and living in inescapable poverty.
At the Spring Festival of 2000, Penbin made the best decision of his life when he attended a push-up competition at a town council event. He finished first with an incredible 438 push-ups - around 300 more than the second place winner - and won 600 yuan. This "easy success" inspired the young fisherman to try more physical contests.
Between 2001 and 2003, Penbin took part in a TV series about Guinness World Record attempts. During one of those episodes, he ran his first ever marathon in leather shoes and managed to finish second. 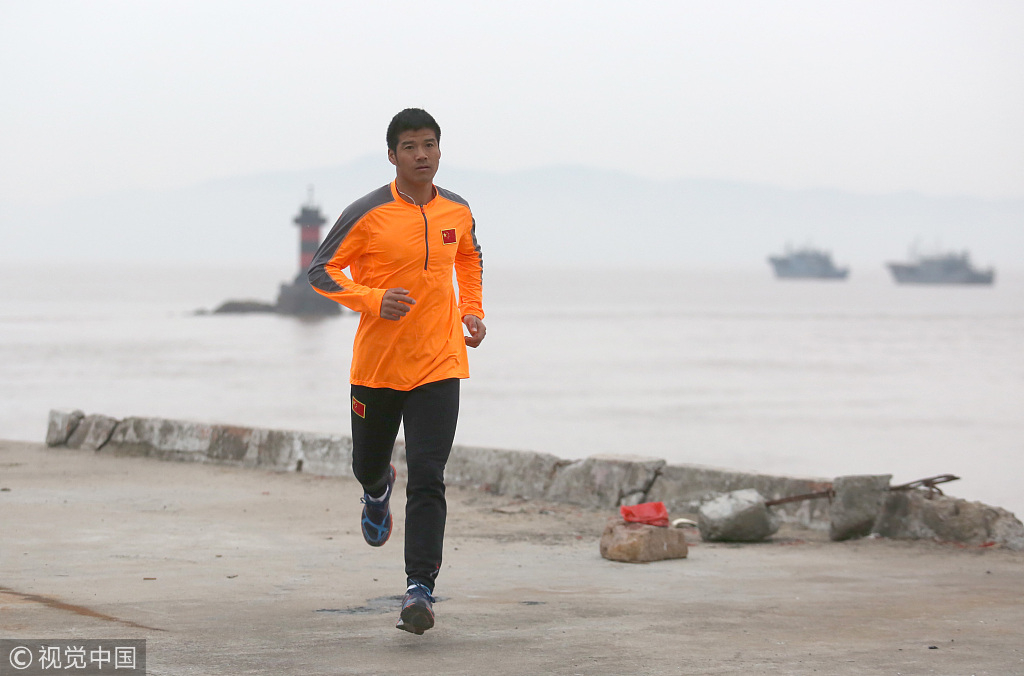 When the show finished, Penbin started taking part in outdoor sporting events and quickly found a sponsor to fund his new lifestyle over the next decade.
Before 2009, Penbin has already won all kinds of stamina competitions in China, but when he accomplished his first marathon abroad in France's Mont Blanc, the Chinese champ set himself the new target of conquering endurance races on all seven continents.

This quest began in 2010 in China's Xinjiang Uygur Autonomous Region, where he ran 250 kilometers in the desert during summertime and finished in third place. Then, he competed in 100-kilometer-plus ultra-marathons before the end of 2014, in America, Morocco, Australia, Greece, Brazil and even won the contest in Antarctica. 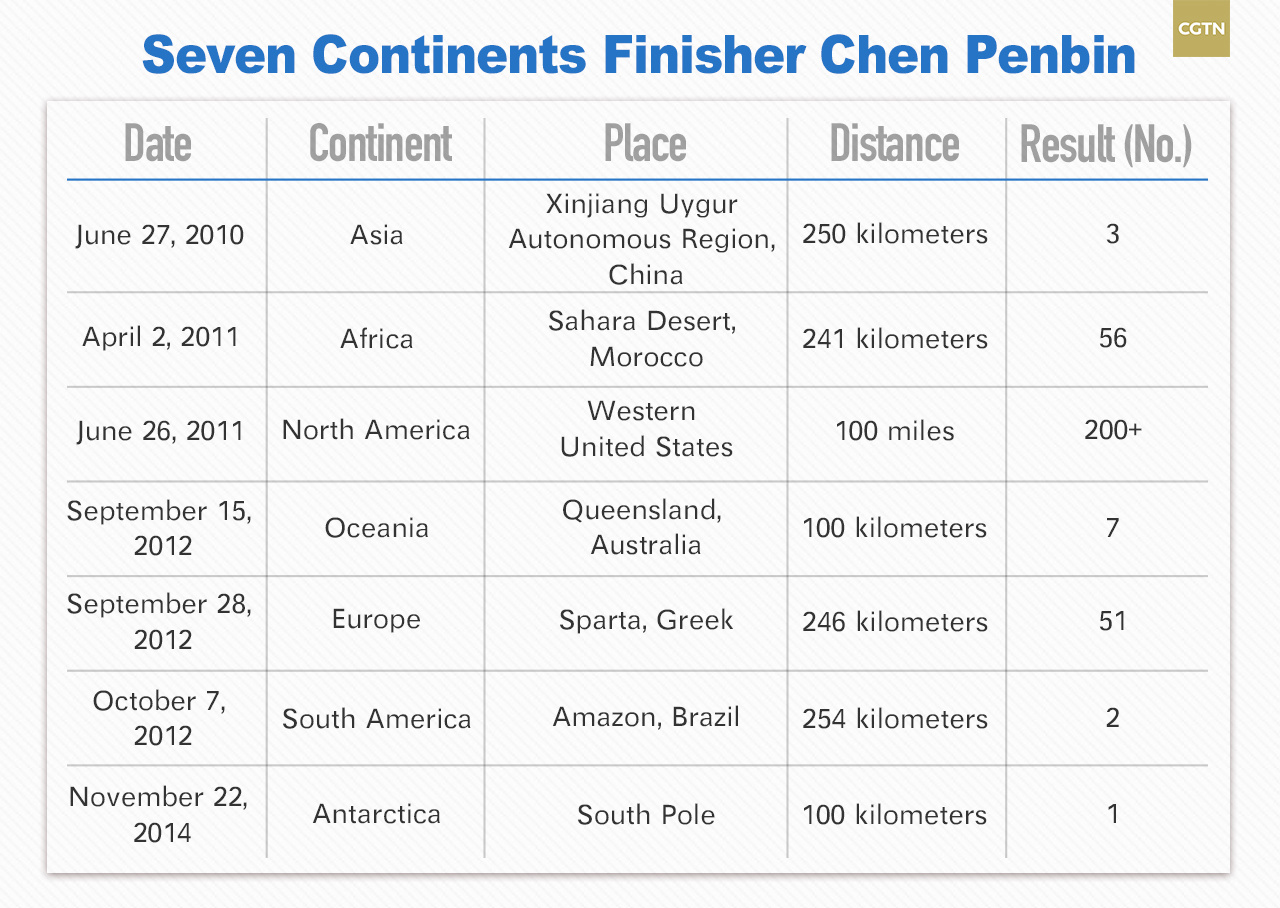 Out of the six starting participants, Penbin was one of only two that completed the South Pole challenge, enduring 14 hours of minus 20 degrees Celsius arctic winds. He became the first and only Chinese to compete in and win this race. 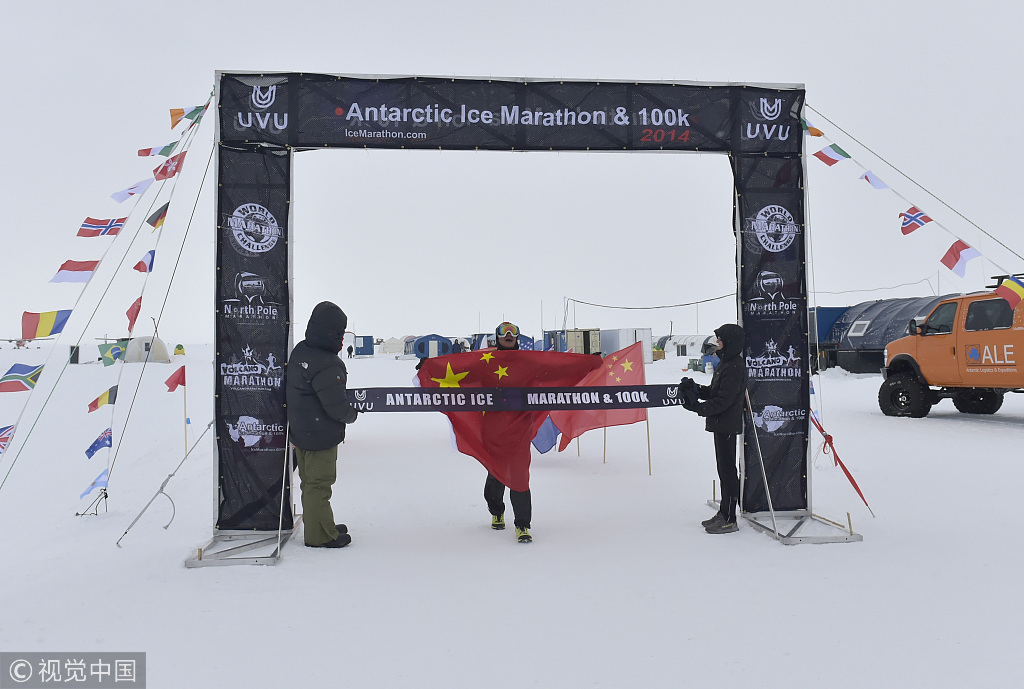 Besides for this, Penbin successfully ran 100 marathons in 100 consecutive days from Guangdong to Beijing, across nine provinces along China's east coast, between April and July 2015. During the journey, Penbin suffered through bad weather and injuries, made new friends and started a bid for the 2022 Olympics.
His optimism and extraordinary actions encouraged more and more people to take up running and live a healthy lifestyle. 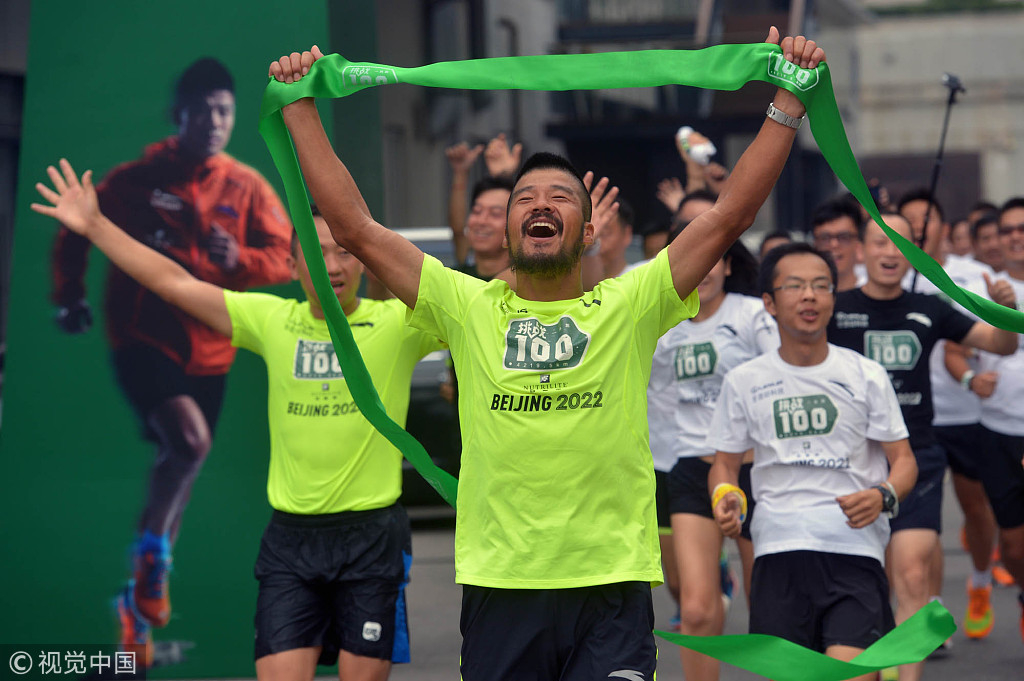 His success, however, has come at a cost: Penbin has suffered through countless injuries, including a serious knee injury, and sometimes has to do bloodletting to cure it. But just as it seemed his running career was finished, the Chinese iron man unexpectedly changed his path and focused on dominating a new discipline.

To take part in the 2022 Winter Olympic Games being held in Beijing, Penbin joined China's national cross-country team last summer, hoping to secure a ticket to the skiing event.
Even though he had never tried winter sports before and has already stepped into life's fifth decade, Penbin is still focused on this aim.
Far away from his wife and daughter, he trains six-and-a-half days per week in a winter training camp with young athletes. He has had to learn how to ski from scratch – and has fallen thousands of times while learning. But he's always showing progress, much like when he started running.
"In the first month, I skated with inline skates on the dry ground, and I've already fell down more than 100 times. In the beginning, I couldn't stand firmly, but by watching videos, learning from coaches, I finally knew how to balance my body and generate power."
This isn't the first time Penbin has used video to learn a technique: When he began learning how to run long-distance, he watched footage of African marathon runners to try and learn their techniques.
"He is the most persevering person I know," said Chang Xi, Penbin's fitness trainer. "I think he can fulfill his dream as an Olympian." 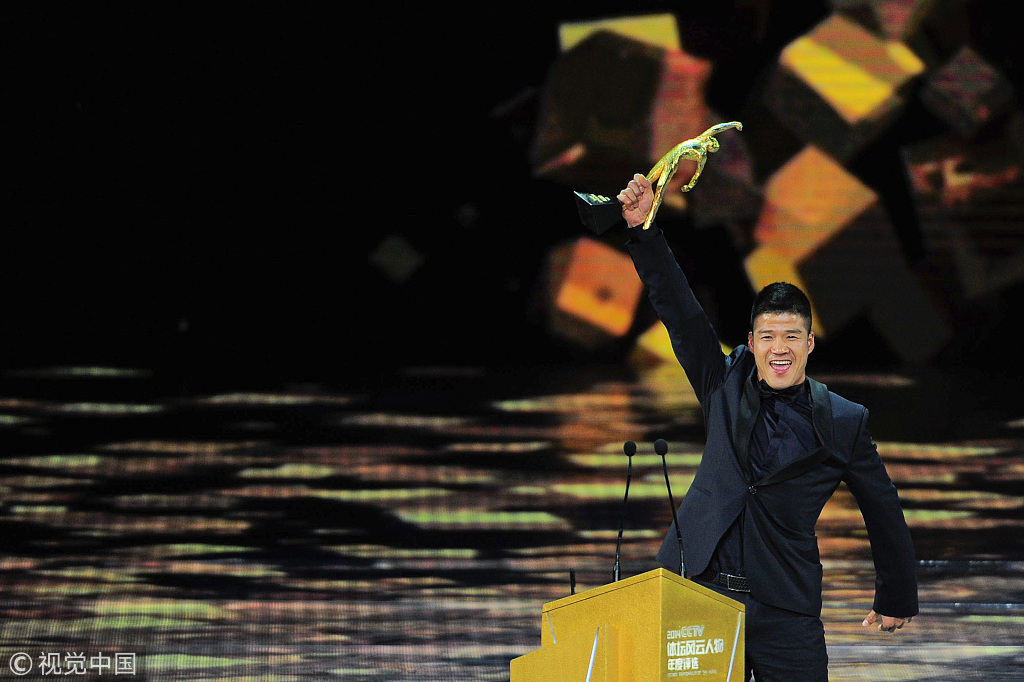 Before training in Finland with national team at the end of 2018, Penbin wrote on his social media that "Many people thought that a 40-year-old southern Chinese man who saw snow for just a few times in his life vying for Winter Olympics event is crazy, but I remember that I always dreamed about competing in Olympic Games for my nation one day when I was running the ultra-marathons. Here comes the opportunity, and I will never give up. Fight! Chen Penbin! "
(With inputs from Xinhua News Agency)