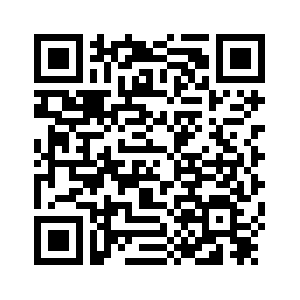 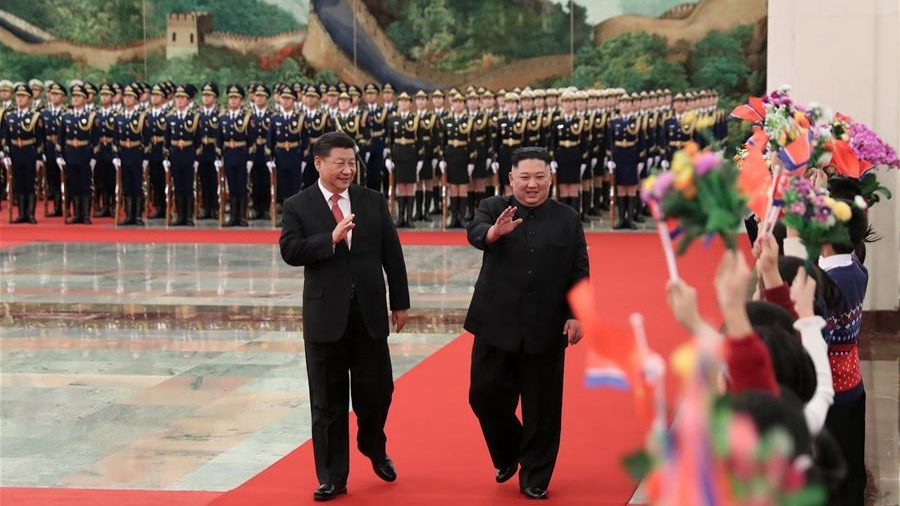 Editor's Note: Tom Fowdy is a UK-based political analyst. The article reflects the author's views, and not necessarily those of CGTN.
DPRK leader Kim Jong Un wrapped up a three-day trip to Beijing to meet with his counterpart Xi Jinping, in what was a relatively low-profile summit compared to that of the previous year.
As diplomacy took hold on the Korean Peninsula in 2018, the two leaders held several summits with Kim having visited China's capital city, as well as Dalian in Liaoning Province. The latest move comes in anticipation of Kim's second summit with U.S. President Donald Trump, with its location set to be announced in the coming weeks.
But why are Xi and Kim meeting? Each leader has a mutual interest which drives them. In their diplomatic options, both are seeking to carefully hedge against the United States accordingly to ensure that as high stake negotiations continue, the interests of neither party are intruded or exposed in the light of any potential future agreements.
By inviting Kim to Beijing, President Xi aims to ensure that China's interests remain upheld on the Korean Peninsula, rebuilding a relationship between the two states that had seen some disagreements in recent years. 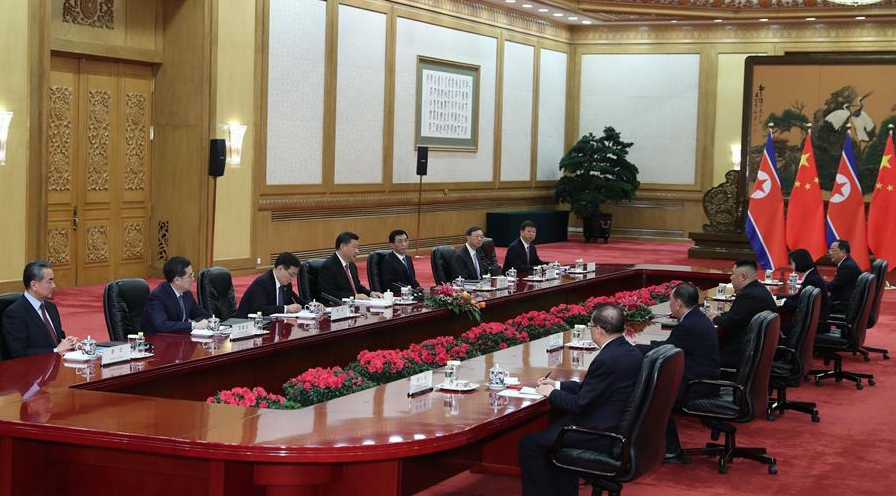 On the other hand, Kim is seeking to diversify his diplomatic options in order to build political space in dealing with Washington, aiming to give himself greater negotiating leverage in the view of avoiding outright capitulation to American demands.
From China's point of view, repairing and sustaining the relationship between the two countries is an essential foreign policy goal. Although Beijing has never been hostile or belligerent to the DPRK, the two countries are seeing some disagreements on specific issues.
It is known that China does not accept DPRK's nuclear activities. It has perceived nuclear and missile testing by Pyongyang as a threat to regional stability, and accordingly, cooperated with the United States and other powers in voting for international sanctions against the country. Although the agreed forms of such sanctions were never to the harshness of what the U.S. would have liked, nevertheless they were enough to force Pyongyang to the table.
Now negotiations are underway; President Xi is working to make amends with Kim and repair the relationship. With China continuing to hold interests in the Korean Peninsula due to its neighboring proximity, this is critical, if the U.S. can make diplomatic gains with DPRK in negotiations without Beijing's involvement, it would come at China's expense, hurting the country's strategic environment.
Consequentially, three summits have been held in 2018 to put the China-DPRK relationship back on track. Xi wants to assure that China is not left in the cold here. It is a reaffirmation that the relationship between the two countries will always be of a greater significance than that between Pyongyang and Washington. 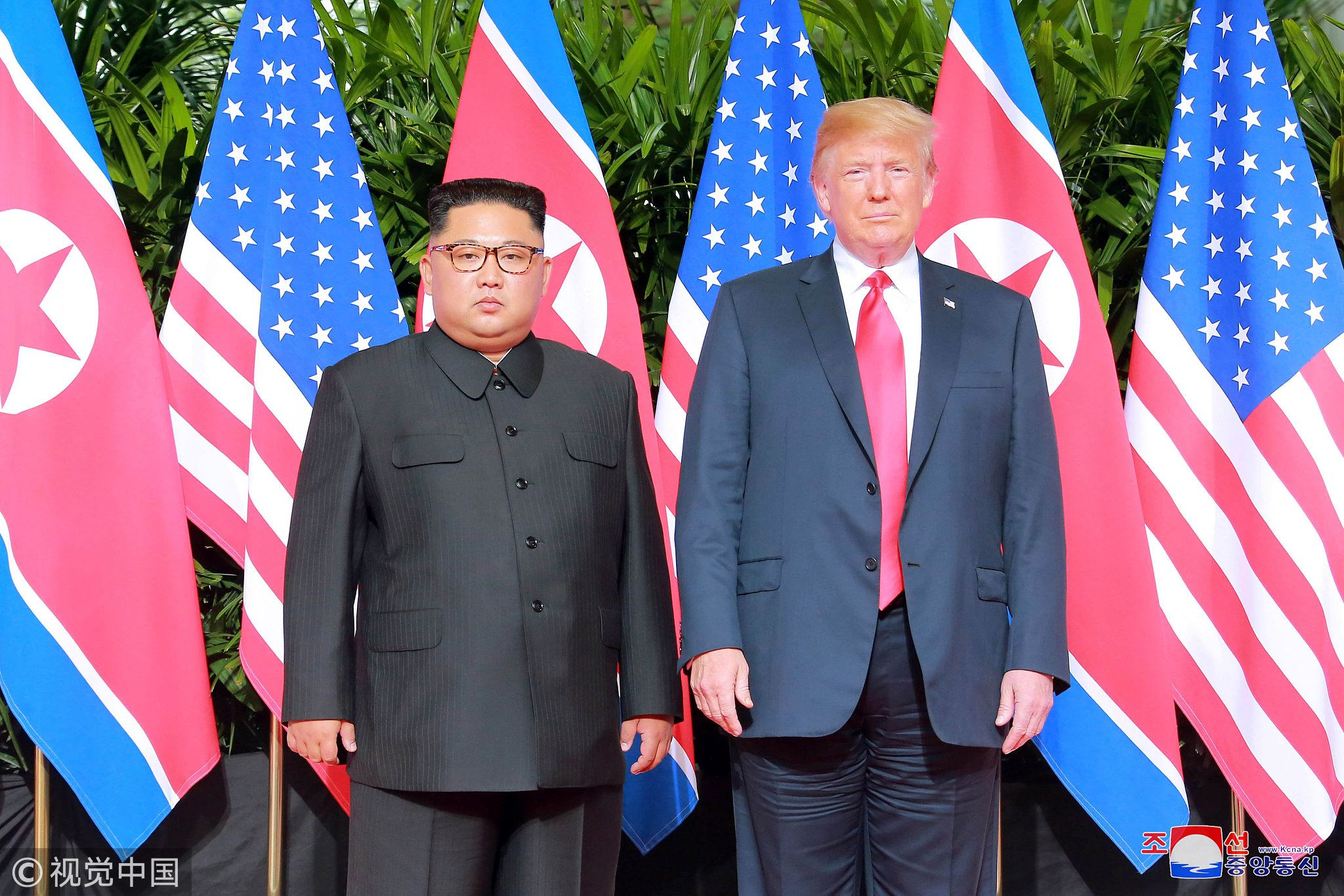 On the other hand, Kim's enthusiasm for the summit comes from a necessity to ensure he can hold the upper hand in these negotiations. As a smaller party negotiating against a global superpower, Kim needs to continually diversify his diplomatic options to ensure he will not be overpowered in nuclear talks.
This is a long-established pattern of DPRK diplomacy, which has long hedged to a variety of different great powers to ensure that no country can fully dominate it. It is critical for him in this scenario giving that Washington is making unilateral demands upon him while offering very little in return.
China offers him support and in turn that gives Kim political space which strengthens his negotiating hand. If Washington cannot give him a fair deal, then China offers other options, creating equilibrium.
As a result, this summit should be seen as a mutual necessity. Both parties have given interests in the other which bring them together. In each case, they are seeking to balance against another party for a variety of reasons.
Both, of course, are very content over Pyongyang's negotiations with Washington, but there is nevertheless an element of caution lingering which manifests in a summit which is best described as diplomatic insurance.
(If you want to contribute and have specific expertise, please contact us at opinions@cgtn.com.)