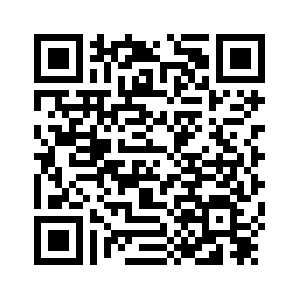 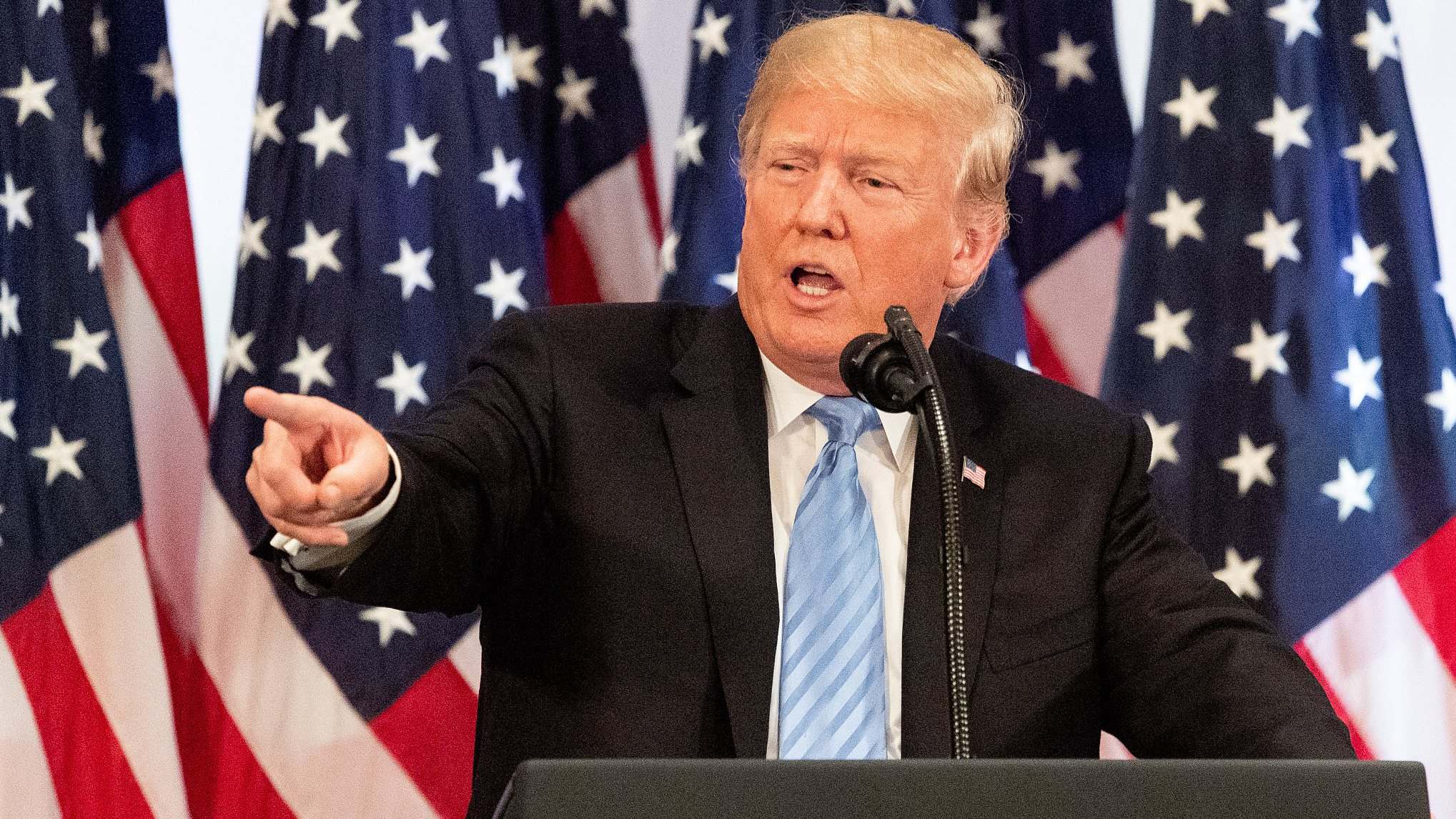 Editor's note: Dr. John Gong is a research fellow at Charhar Institute and professor at the University of International Business and Economics. The article reflects the author's opinion, and not necessarily the views of CGTN.
The UN speech by US President Donald Trump two days ago in New York City adds new meaning to “America First”. When he thundered that America rejects the ideology of globalism and embraces the doctrine of patriotism, there was dead silence in the audience, which consisted of many heads and dignitaries of the UN member states.
Patriotism, what patriotism? I instinctively thought of Samuel Johnson's famous saying, that patriotism is the last refuge of a scoundrel.
China is not the only victim of Trump's foreign policy change. Europe, Canada, Japan and other US allies included, are also subject to his hegemonic bullying. Granted, China has always been at the forefront of America's electoral scapegoating in the past.
I would even go far as claiming that there has been a long-held tradition in American politics to make out of China a campaign issue, to render it a punching sandbag, and to claim that all of its problems are somehow related to China and the China trade. What Donald Trump has been doing so far is to merely elevate it to a whole new level, from usually a rhetorical war in the past to a real trade war now.
However, whether this trade war with China can be successful in serving his election campaign purpose is entirely a different story. Paul Krugman, the Nobel laureate in economics and New York Times columnist, recently tweeted, “Trump may believe that a trade war can change the subject from his many scandals. He is probably wrong: people don't pay that much attention. So he may have to invade Venezuela.” 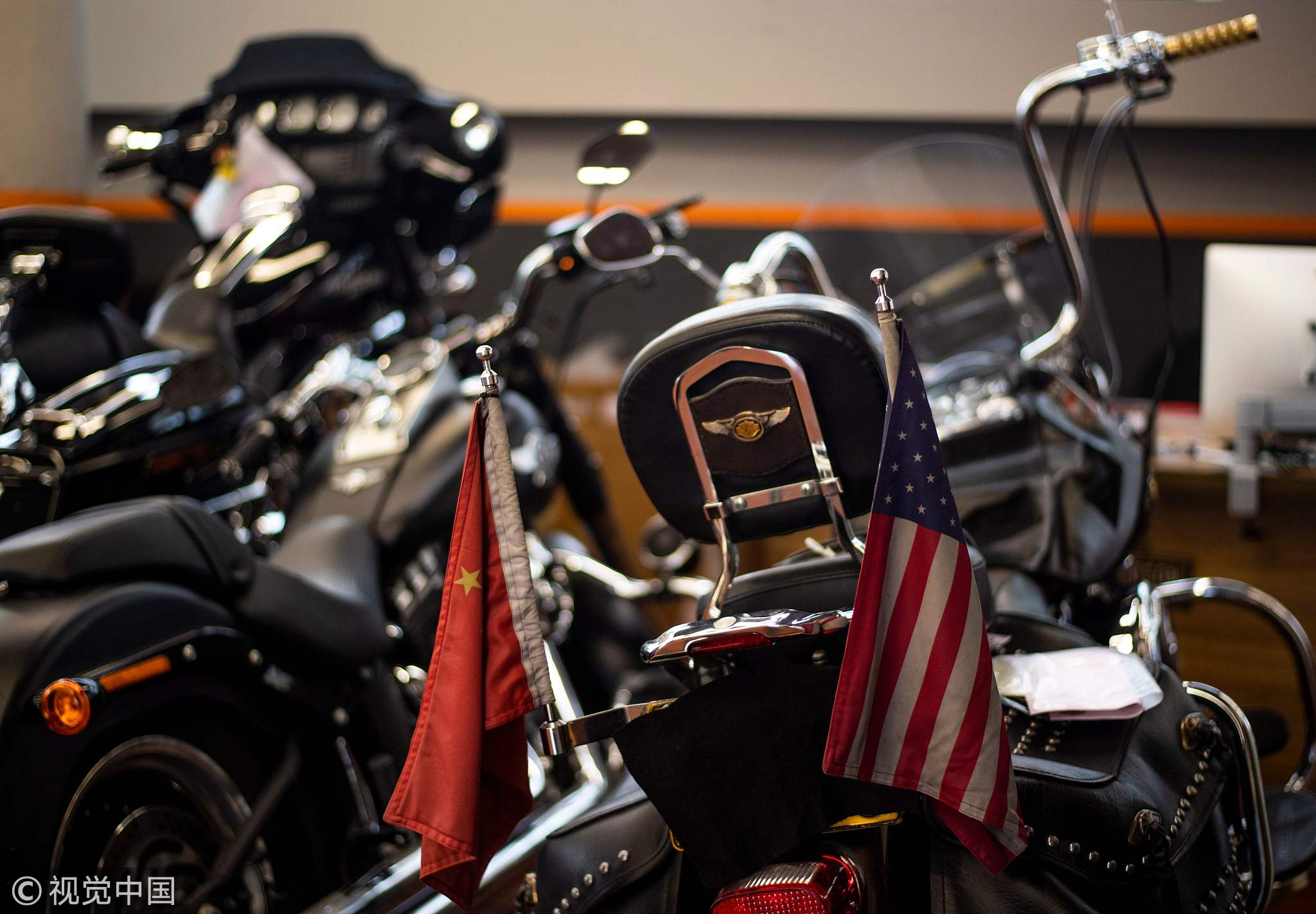 Chinese and US flags are seen on a Harley-Davidson motorcycle in the maintenance room of a dealership in Shanghai on August 24, 2018./VCG Photo

Chinese and US flags are seen on a Harley-Davidson motorcycle in the maintenance room of a dealership in Shanghai on August 24, 2018./VCG Photo

I have been contemplating the doomsday scenario of entirely writing off trade with the US. This may not be a too far-fetched scenario though. There is a real probability that something as crazy as this can indeed come from Trump.
Before getting into a detailed discussion into this issue, I need to point out that Sino-US economic relations are more than just about trade. In addition to trade, corporate America's investments and operations in China represent a $500 billion revenue stream. But we are not going to put that chunk of money on the chopping board for retaliation. We are not going to sink to that low level.
In the most horrendous doomsday scenario of extremely high tariffs, what will be the impact on our economy? Well, GDP is all about calculating the economic value added. So what is the value added embedded in our $500 billion in exports? That is a complex calculation that several of my colleagues at the University of International Business and Economics are researching on. The ballpark figure I have heard is somewhere between half and two-thirds of that $500 billion. If conservatively taking the upper bound of that range, we are talking about still less than 2% of our GDP. That is the bottom line. And that is something we can entirely bear with and weather through for many years to come. Jack Ma says it could last 20 years. I say he might be ignorant of history.
America's longest trade war was with its northern neighbor, Canada, lasting a whopping seventy some years. And it is also the longest trade war in world history. From 1854 to 1865, the Canadian–American trade (Canada was then still under the British colonial rule) was flourishing under the Elgin-Marcy Treaty, also known as the Reciprocity Treaty. 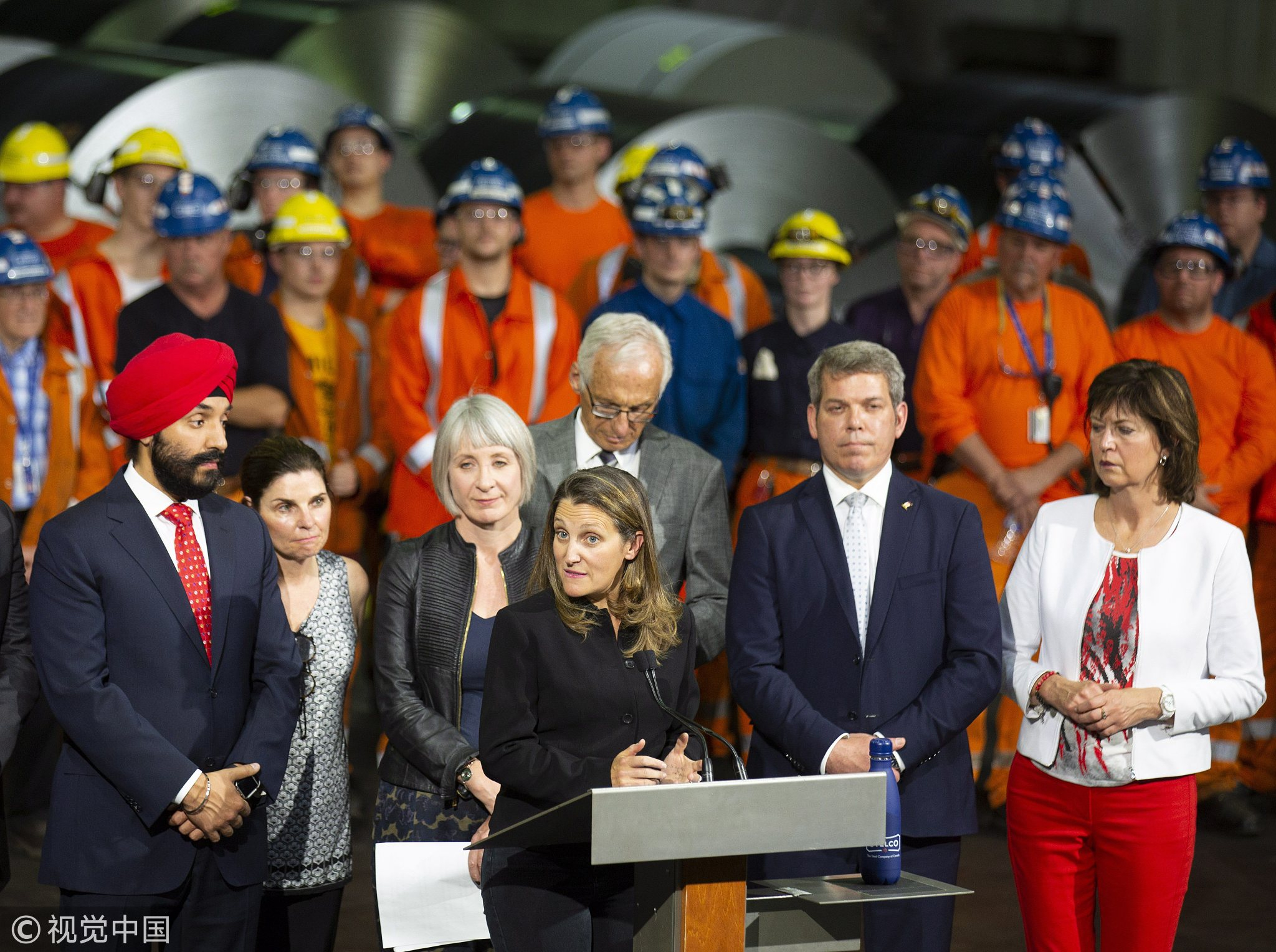 Chrystia Freeland, Minister of Foreign Affairs, visited Stelco in Hamilton on Friday, June 29, 2018, where she met with employees in the cold rolling plant and announced the government's latest efforts in response to US tariffs on Canadian steel and aluminum. /VCG Photo

Chrystia Freeland, Minister of Foreign Affairs, visited Stelco in Hamilton on Friday, June 29, 2018, where she met with employees in the cold rolling plant and announced the government's latest efforts in response to US tariffs on Canadian steel and aluminum. /VCG Photo

Then the American side abrogated the Treaty in 1865 in retaliation of the British support of the Confederate side during America's Civil War. The trade war between the two sides ensued for nearly 80 years until both joined the WTO in 1945. In a paper in the Journal of Economic History in 1968, Professors Lawrence Officer and Lawrence Smith had the following to say about Reciprocity:
"Like many good things, reciprocity was received with mixed emotions, enjoyed with scant appreciation and widely mourned when it was gone. It had owing to the unwanted character of the events by which its existence was characterized, very little chance to show what it could do.  Nevertheless, on balance, it seems to have done very little."
In a similar vein, if eventually, we do run out of reciprocity with the Americans, I say so be it!
(If you want to contribute and have specific expertise, please contact us at opinions@cgtn.com.)