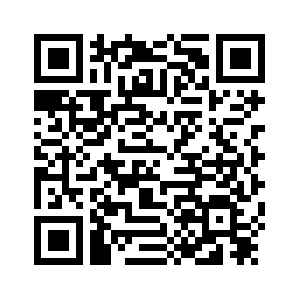 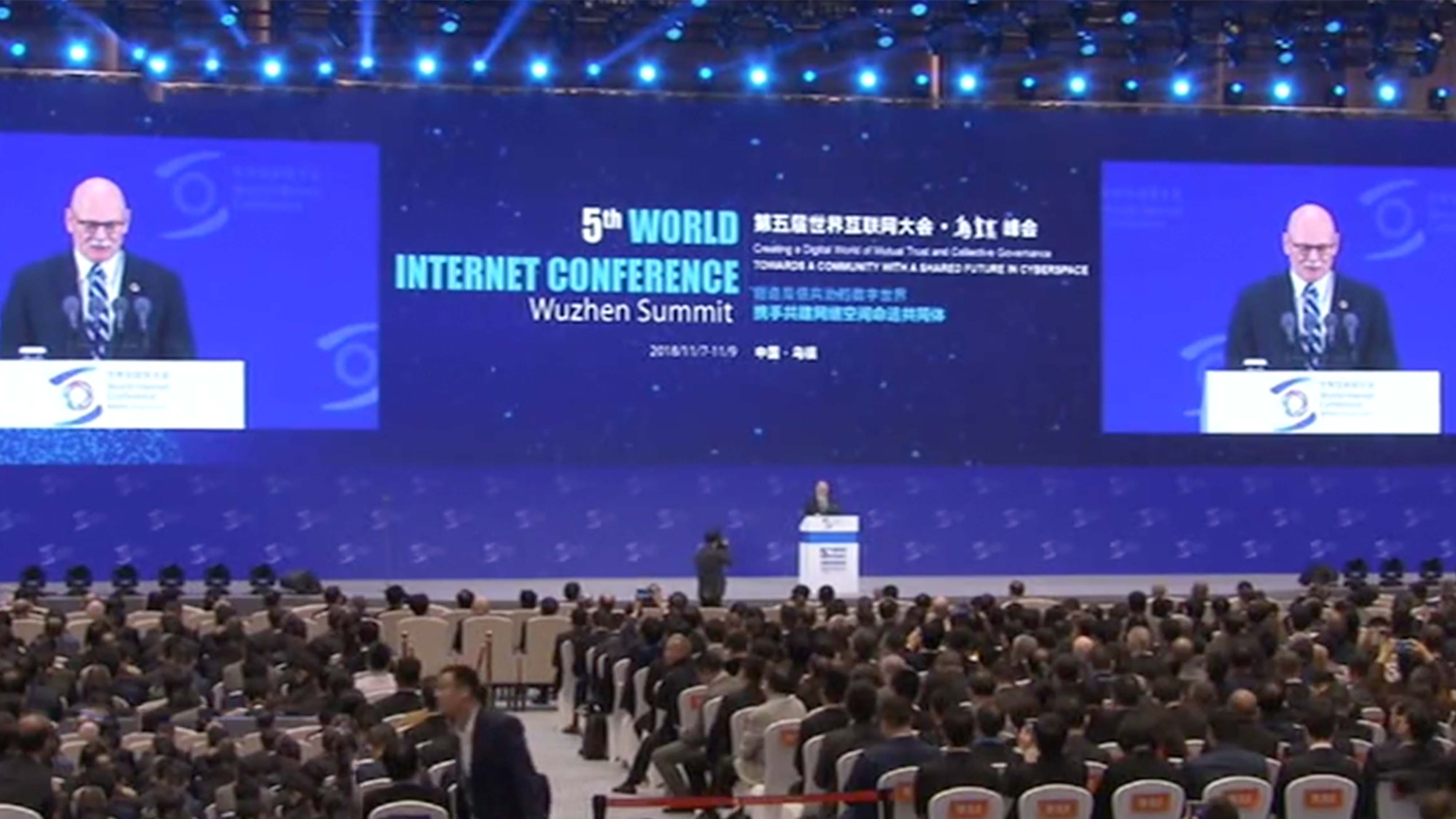 The fifth edition of the annual World Internet Conference (WIC) kicked off on Wednesday in east China's historic water town of Wuzhen.
First spearheaded by China in 2014, the event has always aimed to build “a community with a shared future in cyberspace,” and this year's theme is "creating a digital world of mutual trust and collective governance.”
At the opening ceremony, Chinese President Xi Jinping sent a congratulatory letter calling for the acceleration of the development of the digital economy and the improvement of the Internet management system toward a more just and fair direction. 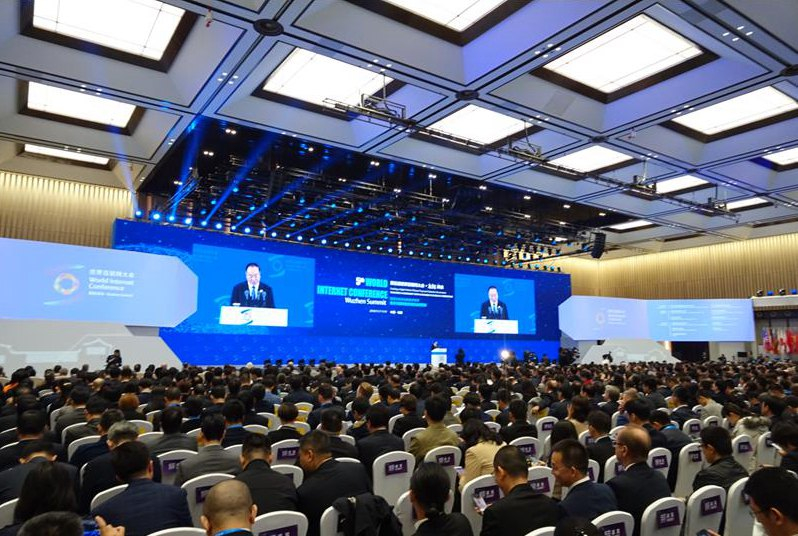 Whitfield Diffie, a 2015 Turing Award winner who also spoke at the ceremony, complimented Xi's idea on Internet development. “What was important I thought in Xi Jinping's message was his recognition that the Internet serves a broad constituency, and in consequence of that, it requires very broad governance that is not dominated by any particular power. I thought that was a remarkably foresighted, open consideration.”
The conference attracted tech companies, government officials and scholars from different countries and regions as well as international organizations. Attendees expressed interest to cooperate in areas such as Internet infrastructure and cybersecurity, which formed part of a five-point proposal put forward by President Xi at the second Wuzhen summit. 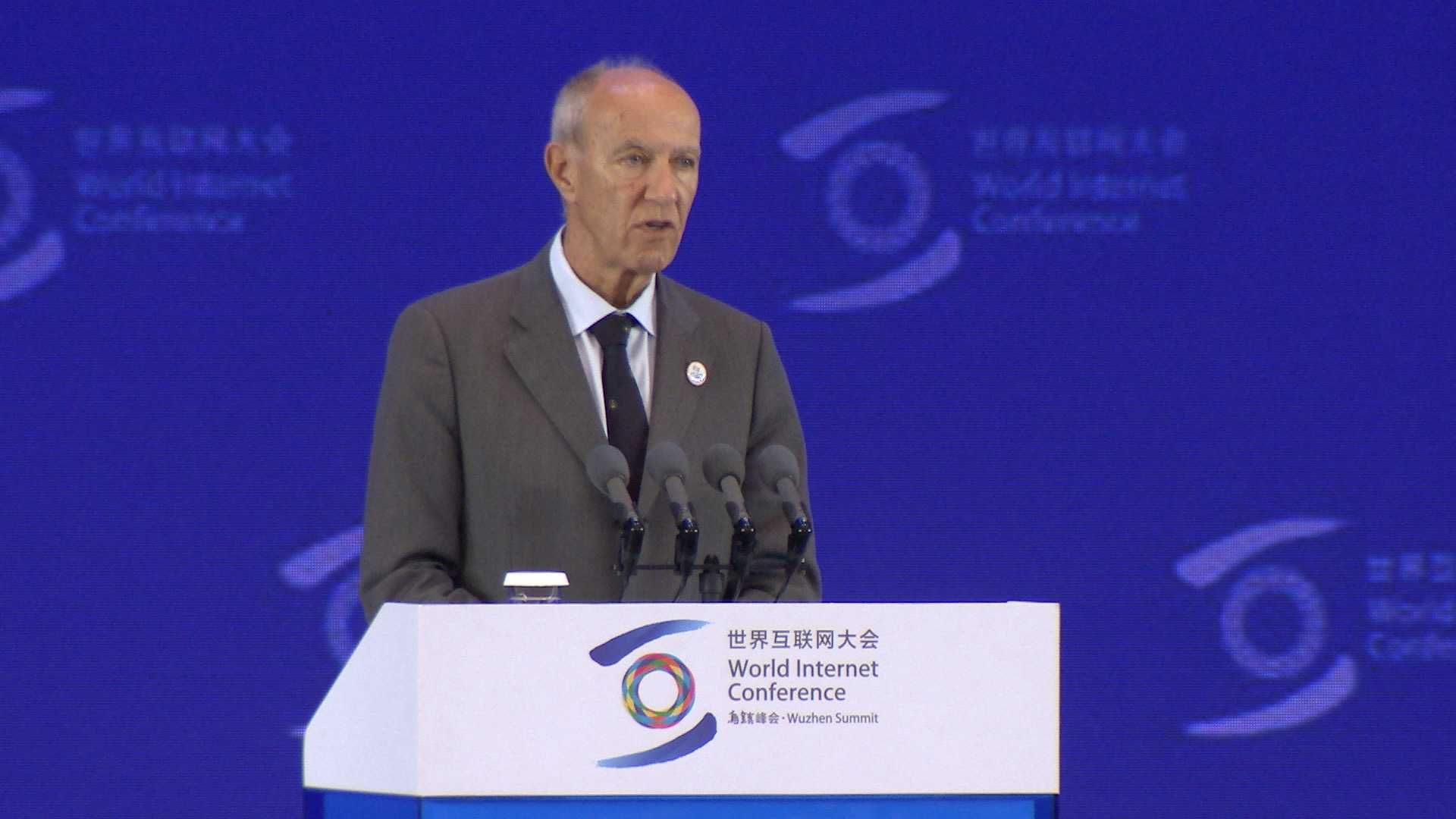 Under this year's theme, the conference will feature 19 sub-forums with discussions on key topics such as artificial intelligence, 5G technology, the digital divide, privacy in the age of big data, innovation in industrial Internet, countering cyber-terrorism, Internet of Things, cybersecurity, digital economy and more.
The event also offers participants and visitors a chance to track the latest technologies and products from China, highlighted in a “Light of Internet” expo, which opened on Tuesday. 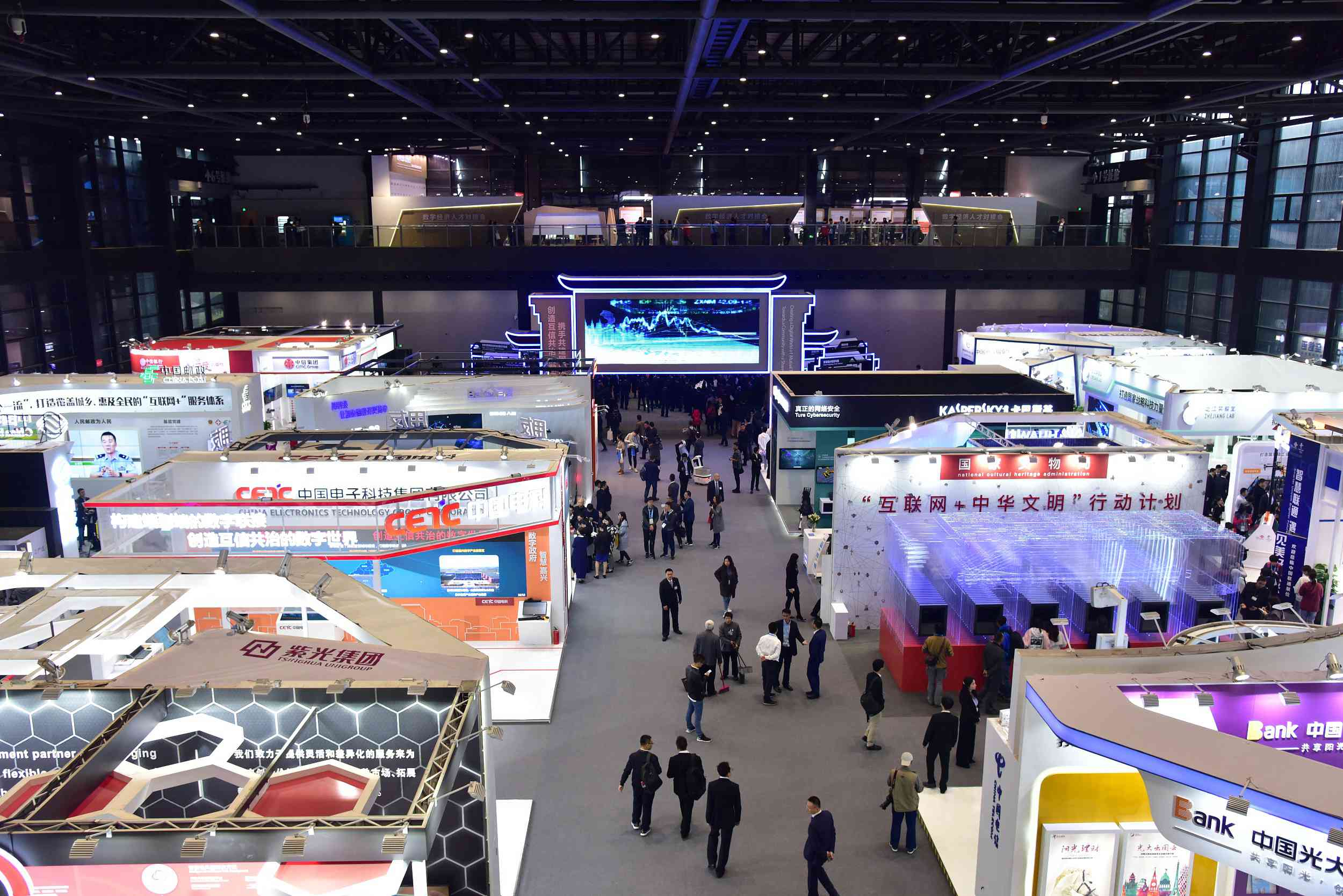 The Light of Internet Expo runs from November 6 to November 10. /VCG Photo

The Light of Internet Expo runs from November 6 to November 10. /VCG Photo

As many as 15 technological achievements of the Internet in the global context were announced on Wednesday, and two blue books on Internet development in China and the world are slated for release on Thursday.
Hosted by the Cyberspace Administration of China and the Zhejiang Provincial People's Government, the conference will last from November 7 to November 9.
1085km