Amid a craze and chaos, China's marathon aims to develop further
Yao Yao 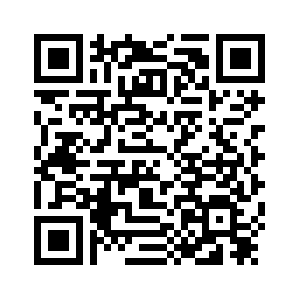 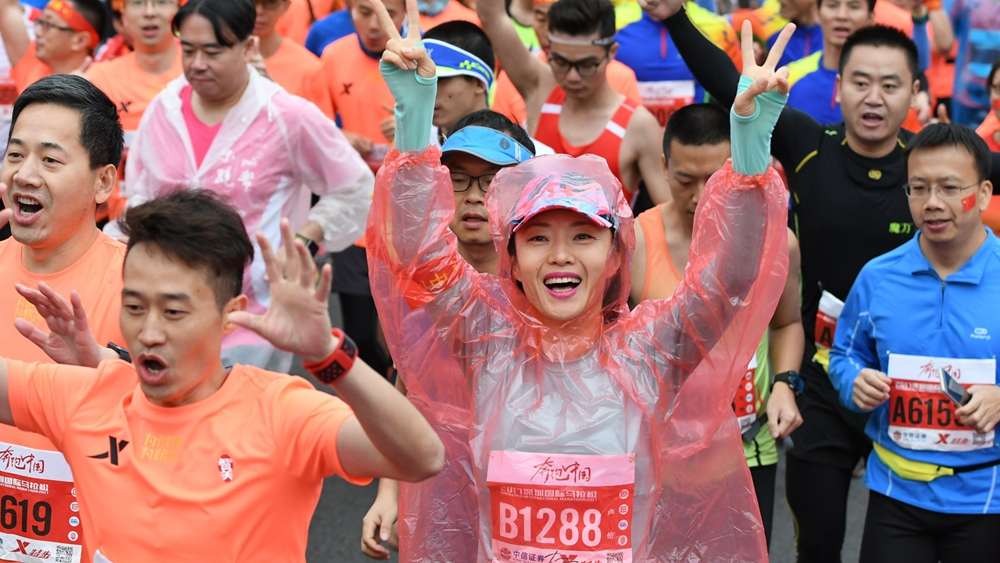 Last month, one of my friends surprised me when she told me she would compete in a half-marathon. I don't remember her ever being a runner and she has a lanky frame, not particularly suited to this sport.
But I am not alone in being surprised by this. In recent years, as seen with increasingly popular social media and apps, more and more Chinese people have taken up running as a fun hobby instead of thinking of it as an exhausting thing like they used to. They have often shared photos and videos of their runs on social media or posted about their participation in running activities on platforms like WeChat or the Twitter-like Sina Weibo.
The running fever has become a national phenomenon in China. There were nearly six million people which is nearly one in 233 Chinese - participating in 1,027 running events, including half-marathons and full-marathons, around China in 2018.
The number of the host cities of marathon events has gone up from 79 in 2015 to 234 in 2017, according to the official data released by the Chinese Athletic Association. The data also showed that marathon events in China covered more than 70 percent of the country's cities in 2018. 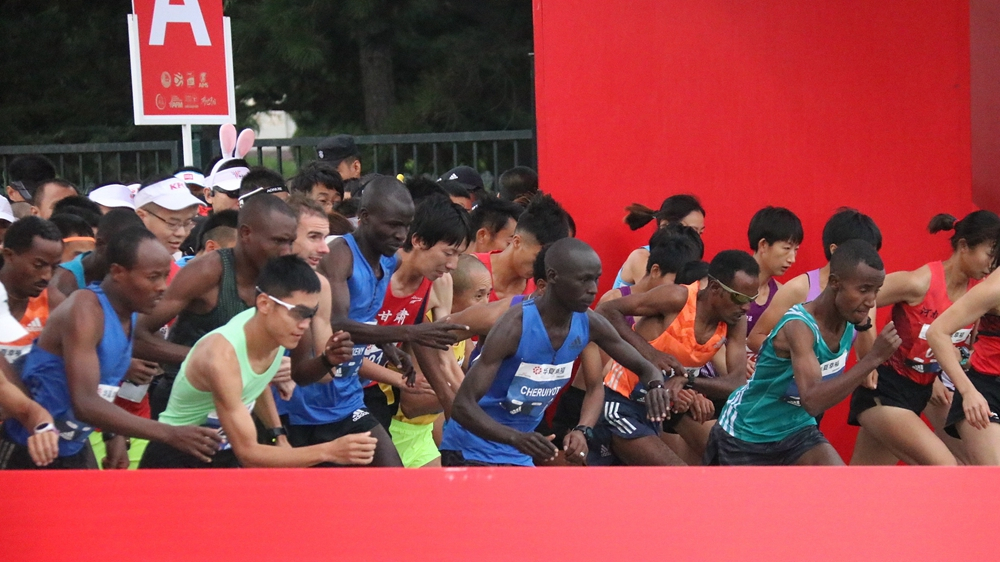 A rapid development due to increasing income and health-consciousness

As the first Beijing Marathon, held in 1981, only had 86 participants, the event probably never expected to see more than 111,793 people compete for the 30,000 entry slots in 2018.
It's reported that China's marathon events gained a momentum in growth since 2011, when the per capita GDP in the country reached over 5,000 U.S. dollars. This figure is believed to have been part of the reason for the marathon craze sweeping China.
"The difficulty of getting an entry slot in the Beijing Marathon is the result of Chinese people's improving health and the fast social and economic development," said Shui Tao, vice secretary of the Chinese Athletics Association, in an interview with Xinhua.
It's easy to see that people have the time and energy to do other things once their basic living needs are satisfied. "At the beginning of reform and opening-up, the top priority for Chinese people is to feed their stomachache, so few would consider doing a Marathon, which is a kind of extreme sports exercise," Shui said. 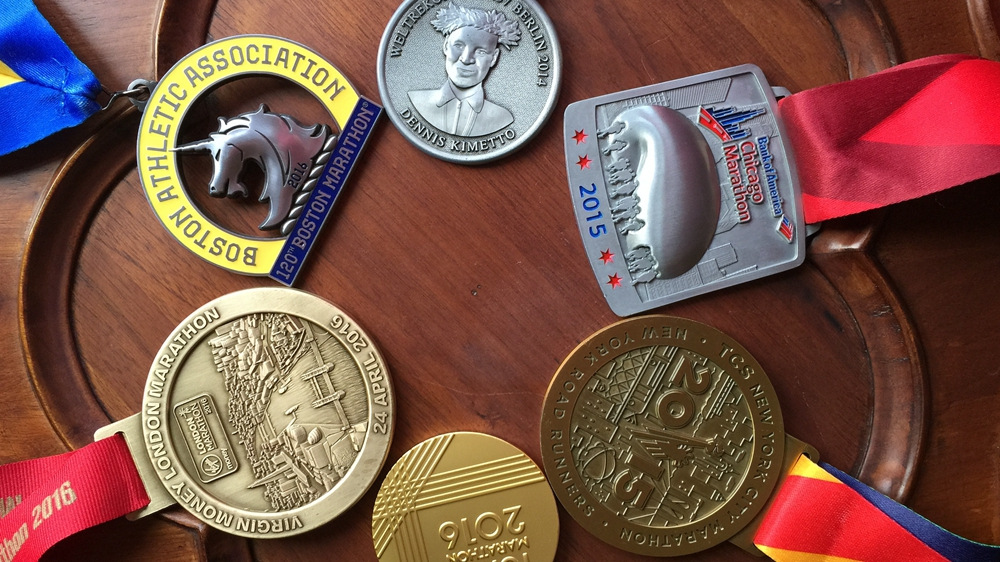 With rising disposable income, most people are thinking about ways other than watching TV to improve their lifestyle and a higher quality of life. Running has become one of the main choices because it is easily accessible and good for improving physical fitness.
"Running is the exercise with the lowest cost because what a runner has to prepare for is a sports suit and a pair of sneakers. And with fewer limitations on time and location, almost everyone can choose running to keep fit," said Feng Yanmei, a law practitioner in Beijing.
Of course, there are other reasons behind the marathon craze. "Running also helps me find some like-minded runners, and our friendship has gradually strengthened," said Feng.
Born in the 1990s, Deng Jianan said he took to running in a bid to lose weight. But later he found that running, especially long-distance running, encouraged him to challenge his physical limits and enhance his willpower. The young man, who found a half-marathon relatively easy, is planning to attend a full marathon in the future. 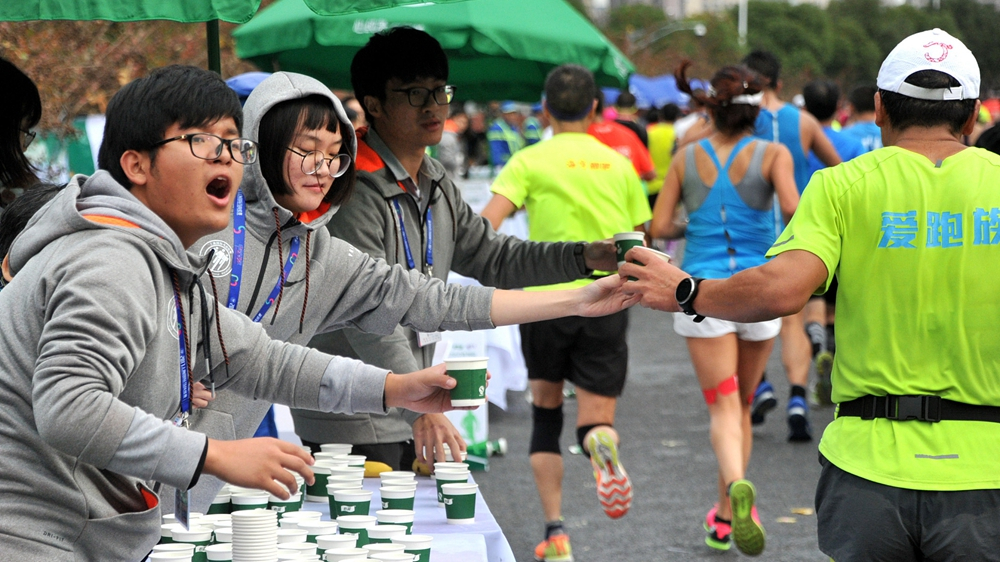 The stumbling blocks that come with a lack of standards

But with the sport's popularity in China, complaints and scandals have arisen also. In 2017, the economic value of marathon-related industries in China reached nearly 70 billion yuan (10 billion U.S. dollars).
With images on social media showing different marathoners wearing the same bibs in the same marathon, there had been reports of the participants taking short cuts or doping. There were also some wrongdoings from marathon organizers, such as handing national flags to the runners even though they had not passed the finishing line.
Certainly these wrongdoings are not unique to China's marathon events. And we have to keep in mind that marathons are a relatively a new thing in China. In other words, the running event in China is still in its early stages.
Both the late beginning and fast development make China's marathons still far from mature events, which should have standardized operating procedures and professional organizers. 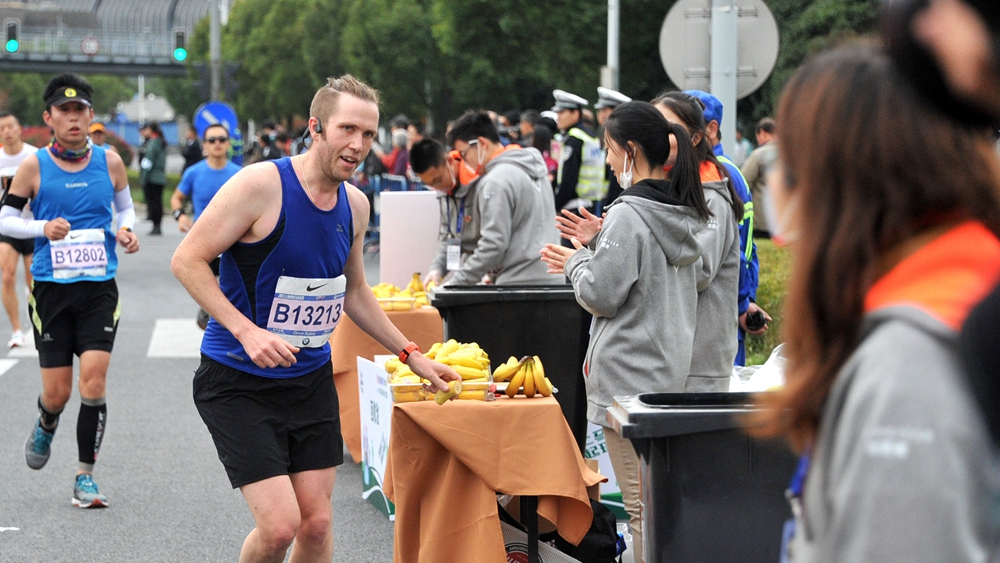 A foreign participant gets a banana from the organizers of the Shanghai International Marathon in Shanghai, November 12, 2017. /VCG Photo

A foreign participant gets a banana from the organizers of the Shanghai International Marathon in Shanghai, November 12, 2017. /VCG Photo

"At present, China's marathon events face these problems. The good and poor abilities the events' organizers show, the chaotic management and the poor trainings the participants take," Pan Geqiang, general manager of Tengtidu Sports, was quoted by Chinanews as saying.
To fix these problems, the Chinese Athletics Association introduced new methods regulating Marathon and other sports events in China in 2018. For example, there will be a three-level events management mode, which provides a relatively comprehensive standard about how to organize events, serve players, ensure events safety and so on.

The potential opportunity for further development

Despite the chaos, the fever for Marathon events in 2019 doesn't seem to be fading. For example, nine marathons took place in cities including Shenzhen and Shanghai on January 1.
10 million people are expected to attend more than 1,900 marathon events in China in 2020, according to the development goal set by the Chinese Athletic Association. 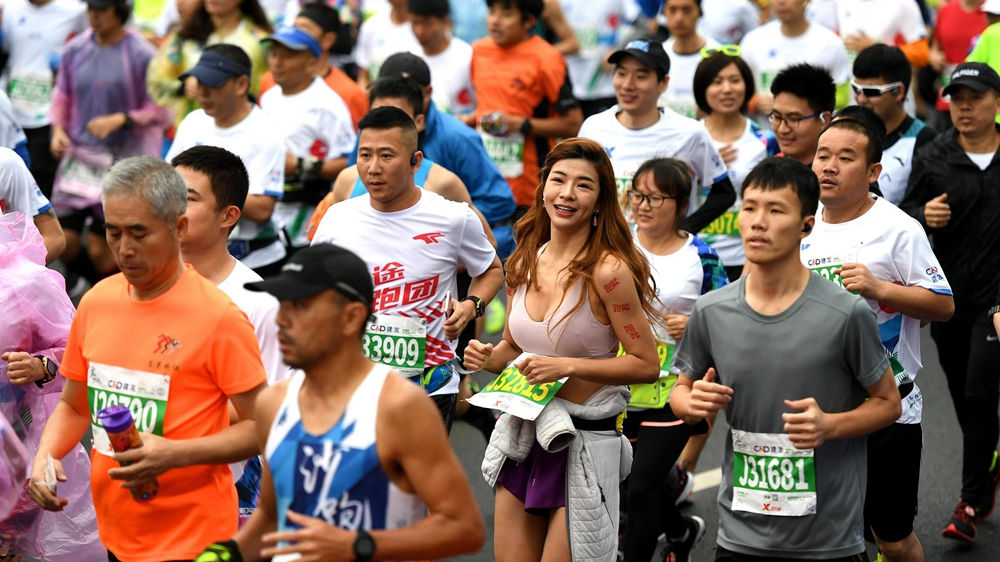 There are many factors behind making the goal achievable besides for the still hot marathon participation.
As China's aging population continues to grow, there's no doubt that a healthy body is required to face the challenges caused by the raising of the minimum retirement age.
Last but not the least, there is still a big gap between the marathon events in China and the other countries including the United States.
For example, the U.S. hosted 1,100 full-marathon and 2,800 half-marathons, which attracted 16.96 million participants, in 2016, according to the data released by Running USA, an organization centering on improving the status and experience of distance running and racing in the country.
So China's marathons still have a long way to go, but it will get there - after all, this is not a sprint.