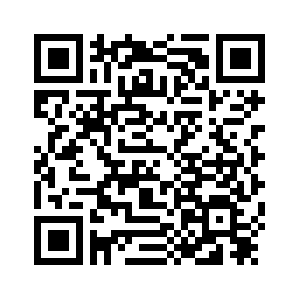 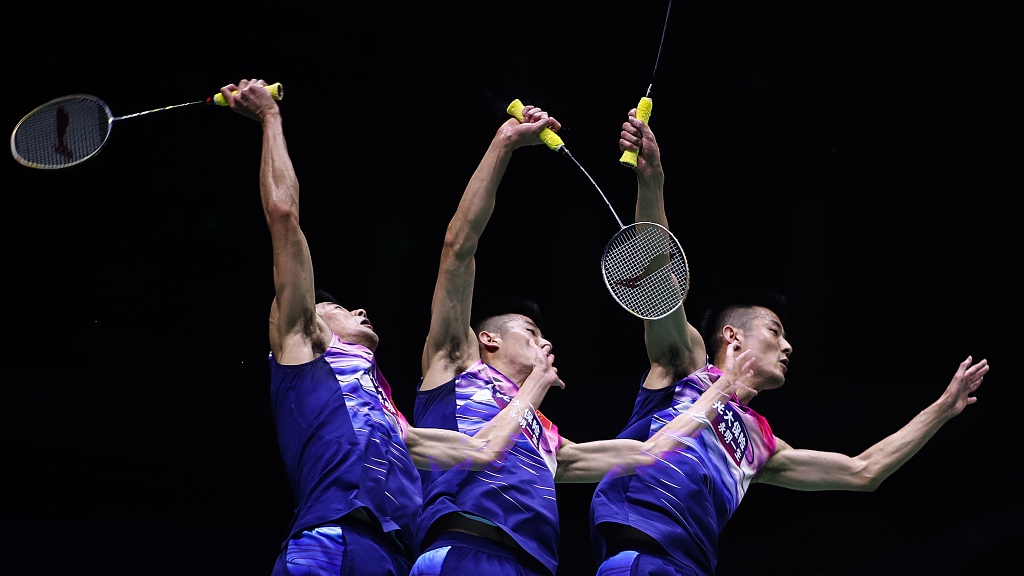 The indomitable resilience in the face of an unexpected surprise has offered Chen Long some respite. The world No. 5 Chinese stalwart may not have dazzled on day four of the Sudirman Cup in Nanning, southern China, and he was rightly disheartened by his unusual sloppiness that has left this men's singles tie more equally matched than he would have hoped. But, in the context of the grave miscalculation the 30-year-old has made before the Wednesday matchup against a gutsy India, any victory, however labored, is to be cherished.
"I spent hours studying video footage of Srikanth [Kidambi] last night only to find this morning my opponent was [Sameer] Verma. It completely caught me off guard," revealed Chen who cut a relieved figure following his hard-fought 2-0 triumph over Verma.
How he would have craved settling this tie more emphatically given his high expectations for this badminton showpiece tournament. However, much to Chen's astonishment, India sprung a surprise from the outset by throwing in Sameer instead of their highest-ranked Srikanth for the men's singles match. 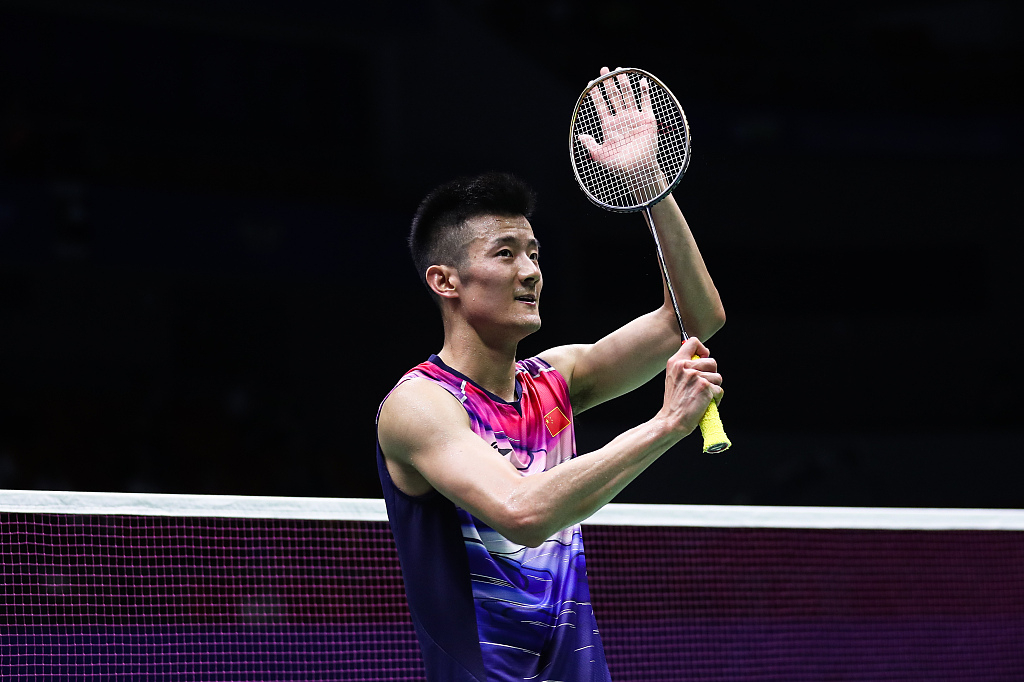 China's Chen Long acknowledges the home supporters after mounting a comeback win over Sameer Verma during the men's singles match of the Sudirman Cup on May 22, 2019. /VCG Photo

China's Chen Long acknowledges the home supporters after mounting a comeback win over Sameer Verma during the men's singles match of the Sudirman Cup on May 22, 2019. /VCG Photo

It has been a stunningly bold decision, bearing in mind the unpleasant consequence after Pullela Gopichand's team chose Sameer over Srikanth in their opening group clash with Malaysia on Tuesday.
As a thrilling twist of events that is still fresh in mind, the world No.13 Sameer slumped to a shock straight-game defeat at the hands of 21-year-old Lee Zii Jia, ceding the overall lead to a young Malaysian side, who went on to clinch an unlikely 3-2 comeback win and jeopardize India's hopes of reaching the knockout stage.
Gopichand's decision to stick with Sameer in a win-or-die scenario facing the ten-time champions was admirably reckless at first glance but it was later revealed that his hand was actually forced because Srikanth had suffered an injury during their pregame warm-up. Nevertheless, the same line-up did throw China off balance as Chen, who had to receive a crash course in Sameer's style of play hours before the tie, looked rather flustered and woefully unprepared.
Sameer, last year's BWF World Tour Finals semi-finalist, duly stepped up to the plate and as a whirlwind of energy and skill, he relentlessly established a 14-8 lead, leaving Chen doing nothing but chase shadows. "This is my first game and I was still playing my way back into match fitness," explained a worn-to-a-frazzle Chen. 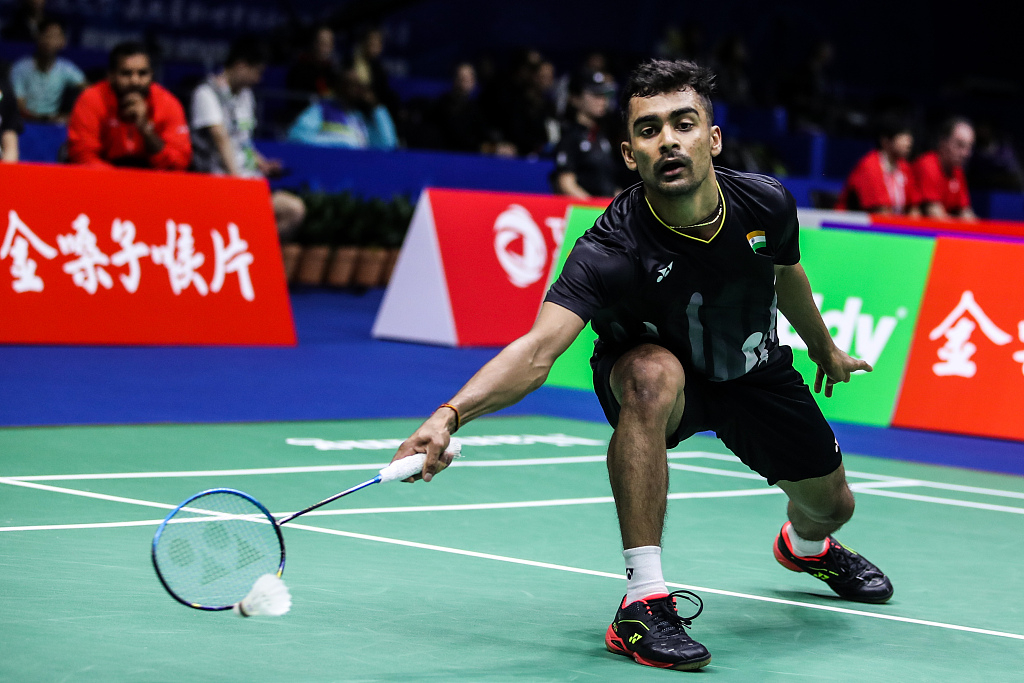 India's Sameer Verma returns a shot to China's Chen Long during the men's singles match of the Sudirman Cup on May 22, 2019. /VCG Photo

India's Sameer Verma returns a shot to China's Chen Long during the men's singles match of the Sudirman Cup on May 22, 2019. /VCG Photo

The two-time world champion would not stomach such a sensational collapse though. To his credit, Chen gradually regained his composure, embarking on a breathless 6-0 run and completely turning the match on its head. Each of his comeback efforts was greeted with a roar from the home crowd and all of a sudden the momentum swung back in Chen's favor as he wrapped up the opening set 21-17.
As India has already fallen 1-0 behind after their mixed doubles pair of Pranaav Jerry Chopra and N Sikki Reddy lost 5-21, 11-21 to China's Wang Yilyu and Huang Dongping in a one-sided affair early on, for Sameer, there is next to no margin for error.
Amazingly, despite on the receiving end of a hostile atmosphere, Sameer defiantly demonstrated his perseverance and never-give-up mentality in the second set during which the lead changed hands several times.
When it is deadlocked at a delicately balanced 20-20, Chen weathered a late surge by Sameer and sealed the tie 22-20 with enviable cold-bloodedness and lethal precision, bringing this exhilarating contest to an end. 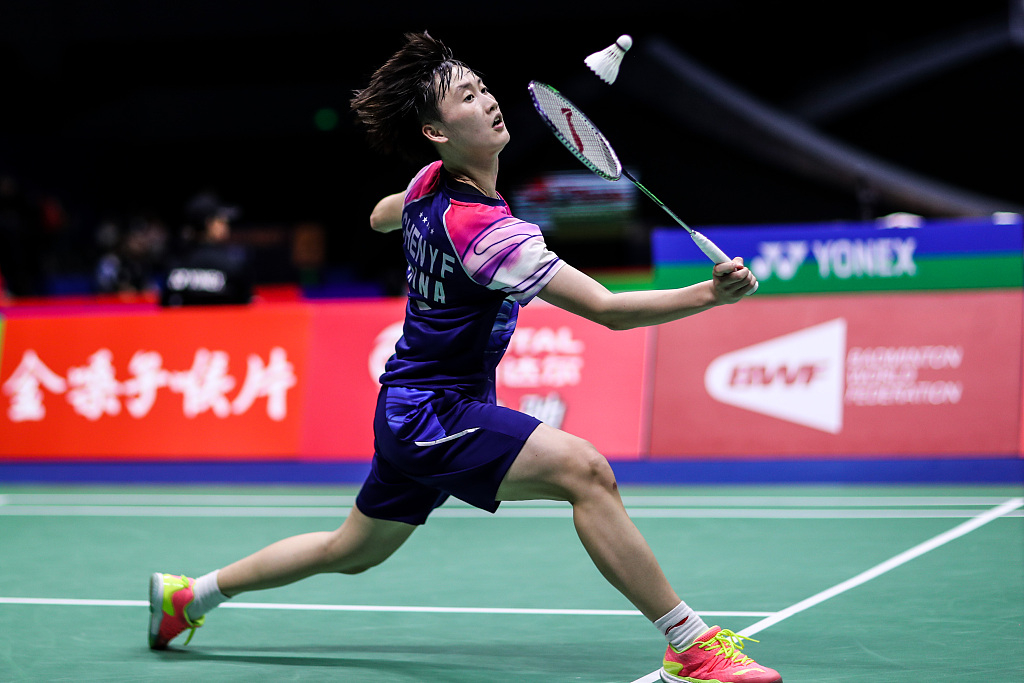 China's Chen Yufei in action during the women's singles match of the Sudirman Cup on May 22, 2019. /VCG Photo

China's Chen Yufei in action during the women's singles match of the Sudirman Cup on May 22, 2019. /VCG Photo

"It is my first encounter with [Sameer] Verma and he is really a tough opponent," observed Chen who fought for an hour and 11 minutes to provide a comfortable 2-0 cushion for China.
And there's no stopping it.
The world No. 7 pair of Han Chengkai and Zhou Haodong then overwhelmed Satwiksairaj Rankireddy and Chirag Shetty 18-21, 21-15, 21-17. All England champion Chen Yufei produced a brilliant performance to outdo Saina Nehwal 21-12, 21-17, while the world No. 3 women's doubles pair of Chen Qingchen and Jia Yifan steamrolled Ashwini Ponnappa and Sikki 21-12, 21-15, completing a second 5-0 whitewash in four days.
Without a hiccup and in an absolute display of dominance, China eased into the quarterfinals. India, who had reached the quarter-finals in the 2011 and 2017 editions of the Sudirman Cup, however, were ruthlessly sent packing despite a valiant effort.
Chen and Co. will inevitably face even sterner test of their credentials deep into the tournament, but judging from the strength of character showed by these Chinese stars, they won't care a jot about who comes next.