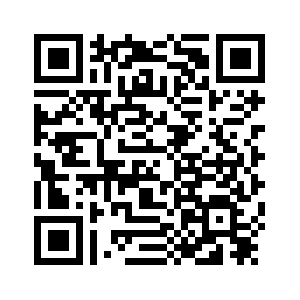 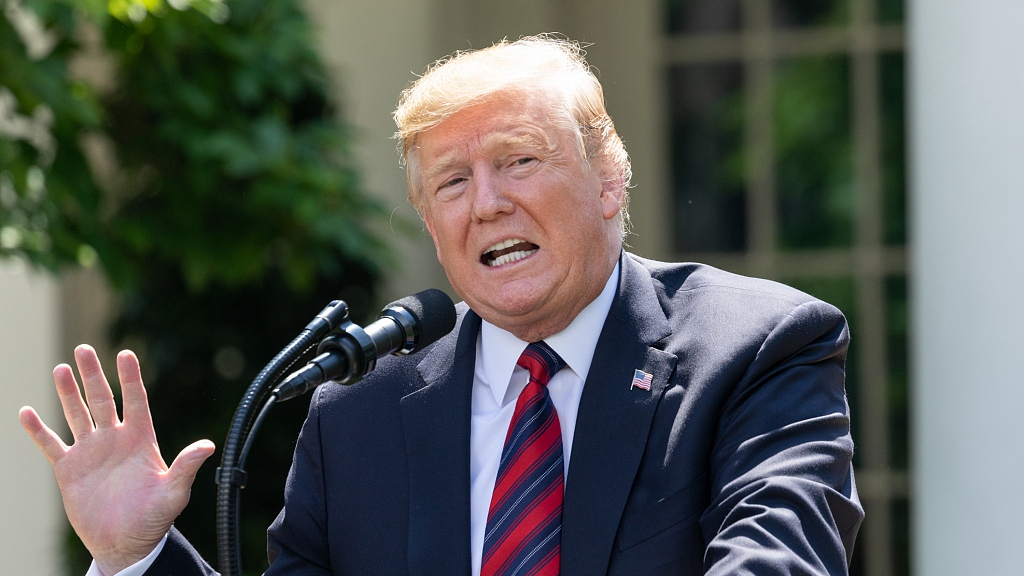 Editor's note: Bobby Naderi is a journalist, current affairs commentator, documentary filmmaker and member of the Writers Guild of Great Britain. The article reflects the author's opinion, and not necessarily the views of CGTN.
The Trumpsters are at it again. After the arbitrary imposition of additional tariffs on Chinese goods, the U.S. Commerce Department is now joyfully adding Huawei Technologies Co Ltd and 70 affiliates to its so-called "Entity List."
An executive order for this, which will begin in the coming days, was autographed by President Donald Trump himself on Wednesday. Under Trump's order, whose tweets lord over the U.S. economy and stock market, the largest telecom equipment producer in the world cannot buy parts and components from American companies without a U.S. government license. Huawei will also need the authorization to sell products in the U.S.
Curiously, Trump, who once tweeted "I want the United States to win through competition, not by blocking out currently more advanced technologies," has claimed his decision is based on "national security" and not on his suicidal trade and technology warfare with the world's second-largest economy.
Without providing any evidence, Commerce Secretary Wilbur Ross has claimed that the order by the most unpredictable president in U.S. history will "prevent American technology from being used by foreign-owned entities in ways that potentially undermine national security or foreign policy interests." 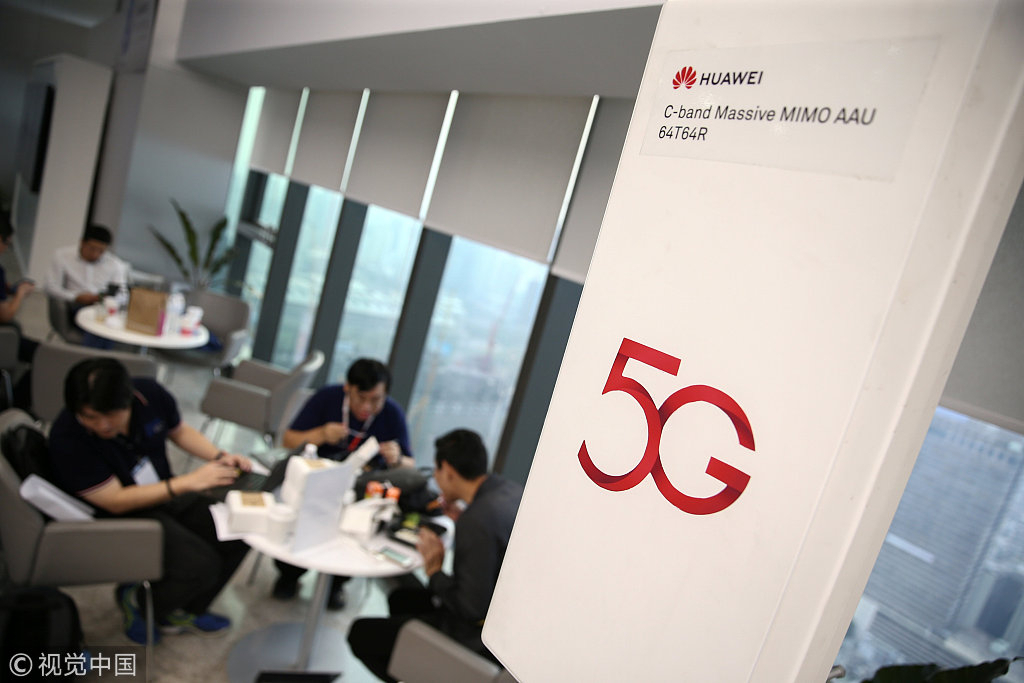 True to form, Trump, his populist team and their pro-trade war cheerleaders are also trying to convince European allies not to use Huawei equipment in next-generation 5G networks. Of course, they are doing it without providing any alternative. The desperate idea, however, is to stop China's inevitable economic development and rise as a reliable partner in global trade and technology – where the U.S. once reigned supreme.
It's ironic though that Ross made no mention of the fact that some U.S. tech companies cooperate closely with U.S. spy agencies, or that this is more about a tech-economic war than a spy game and "national security," or that the U.S. is desperate to do whatever it can to preserve its declining technological and economic hegemony.
And don't bet on politics as usual. The chattering class in Washington can dance to the same rhyme that they don't need to show Huawei is a spy threat and are reluctant to admit otherwise, but Ciaran Martin, head of Britain's National Cyber Security Center (NCSC), says Britain hasn't seen any evidence of malicious activity by Huawei.
Asked whether the isolationists in Washington have presented Britain with any evidence to support their baseless allegations, Martin said in February, "I would be obliged to report if there was evidence of malevolence by Huawei. And we're yet to have to do that."
Something similar, the head of Germany's Federal Office for Information Security (BSI), Arne Schoenbohm has dismissed calls for a boycott of Huawei, saying Germany's IT watchdog has seen no evidence that the brand behind some of Germany's most popular mobile phones could use its equipment to spy for Beijing. He told Spiegel, "For such serious decisions like a ban, you need proof."
This is to say Huawei is being banned primarily because the U.S. lacks the technology to compete with the largest telecommunications equipment producer in the world. It underscores yet again that "national security" is simultaneously the single most meaningless and most manipulated word in the American political/diplomatic lexicon. The term has nothing to do with the act itself and everything to do with the identity of the actor and his intention. Trump even wants to abuse his national emergency powers to impose tariffs on German cars, because he says they are also a threat to America's national security!
In some fashion, the term "national security" has come to mean spite in Washington: Huawei must be blacklisted, distrusted and discriminated against because we say so, even though it hasn't perpetrated the classic act of spying and/or undermined national security in the U.S. This way the U.S. can exploit public fear and doubt to tighten policy and misguided doctrines, and gain more centralization and consolidate more power in its tech-economic war with the world's number one exporter and importer.
On the other hand, the NSA, which snoops on American people, has co-conspirators across the globe, and has targeted and outraged the public, companies, entities, politicians, and ministries in friendly Europe, could still continue to operate and aptly be titled an American national security arm that doesn't need to fit the "definition" of national security threat. 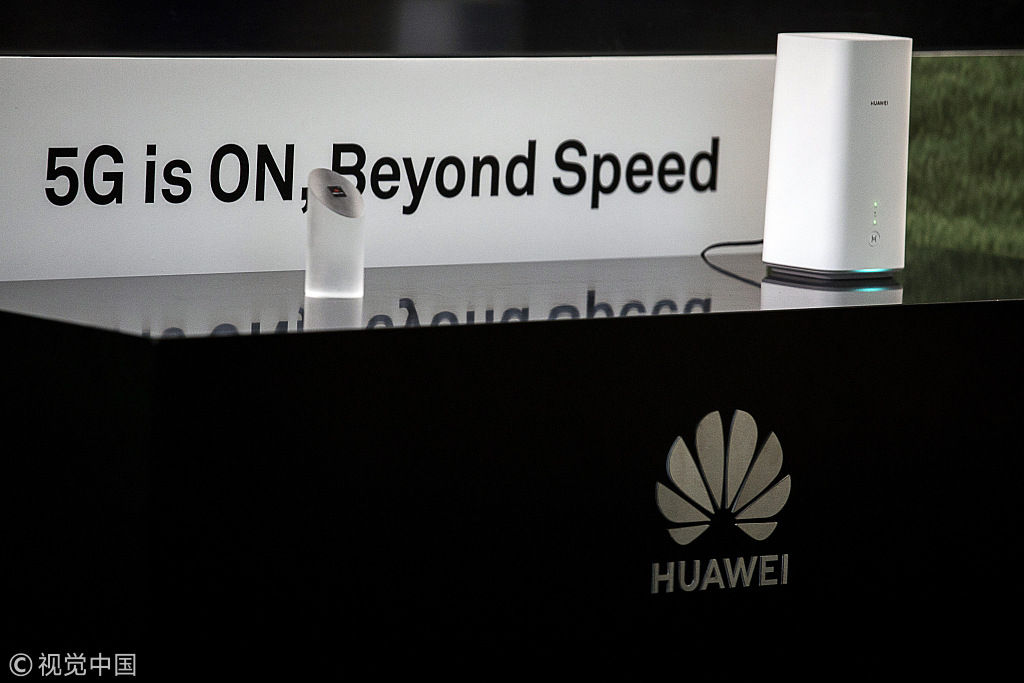 Not held in check by empathy, morality or reason, this kind of hypocrisy flies in the face of Washington's baseless allegations, false paradigms, and fake threats that center on Huawei Technologies and affiliates. In light of the latest psychological manipulation and propaganda, the term "national security" is once again being used so inconsistently and so manipulatively by the Trumpsters and media lackeys desperate for eyeballs that it no longer has any discernible meaning at all.
Here is a final reminder at the global level. The current tech-economic war with China, including the large-scale tariffs against friends and foes, the sabotage of global economy, and the ramifications on global supply chains is a perfect smokescreen; a control mechanism and last-ditch effort to prevent America's inevitable decline in technological and economic hegemony.
In an isolated country that has weaponized the dollar based on thin air and fraud, no longer superior by a long shot, and unable to sense the changing mood of the moment for multilateralism and international rule of law, the technology and economic war is happening in an accelerated fashion and in tandem with the latest decision by Trump to blacklist Chinese tech giants.
This and other desperate attempts will progress in various ways and forms until Trump, who has transformed the rules of the game and set up the U.S. for a spectacular fall with lies, misleading claims and ambitious agendas, wins electorally in 2020. Only the willfully ignorant expect that some odd deal and tweet or a conventional fix and 10-point plan will arrive in time to stop the inevitable and the ensuing backlash from happening.
(If you want to contribute and have specific expertise, please contact us at opinions@cgtn.com.)