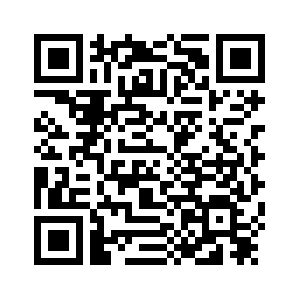 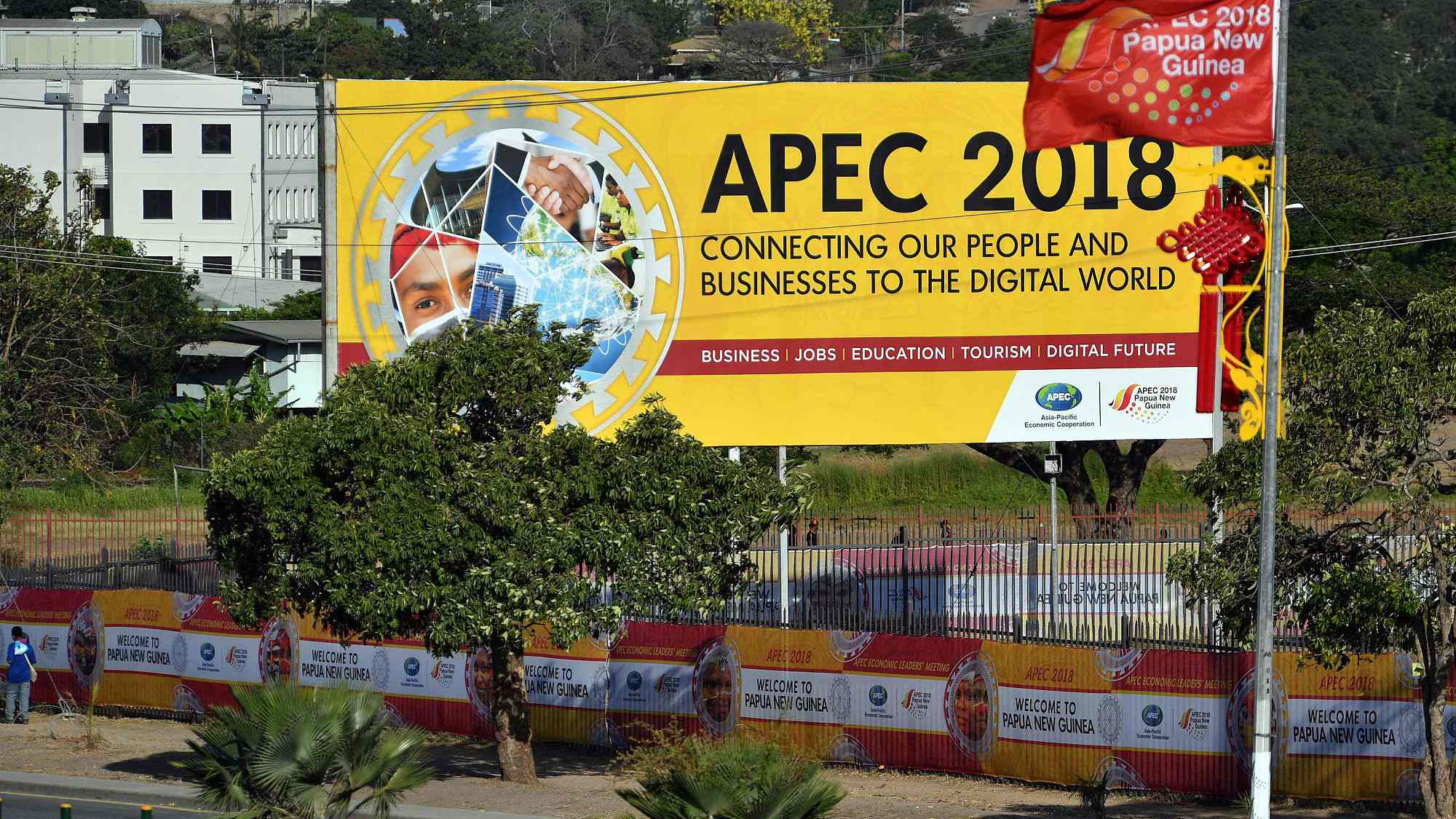 Editor's note: Yuan Sha is an assistant research fellow holding a Ph.D. at Department for American Studies, China Institute of International Studies. The article reflects the author's opinion, and not necessarily the views of CGTN.
Leaders of Asia-Pacific region will gather together at the Asia-Pacific Economic Cooperation (APEC) Economic Leaders' Meeting in the South Pacific country Papua New Guinea this weekend. The noticeable absence of US President Donald Trump at this annual meeting casts doubt on the US commitment to the region.

A president in self-isolation

Trump's decision to skip the APEC meeting is not an unusual move. Former US presidents had also been missing the meeting for various reasons.
For example, former president Barack Obama did not attend the 2012 APEC meeting in Russia out of an apparent protest over the Ukraine crisis, and he had to cancel the trip to the 2013 APEC meeting in Bali due to a federal government shutdown.
As to Trump, he has a crammed schedule in November. He is now on a trip to Europe and is going to attend the G20 summit in Buenos Aires in late November. Understandably, it would be too much international traveling for a 72-year-old man. 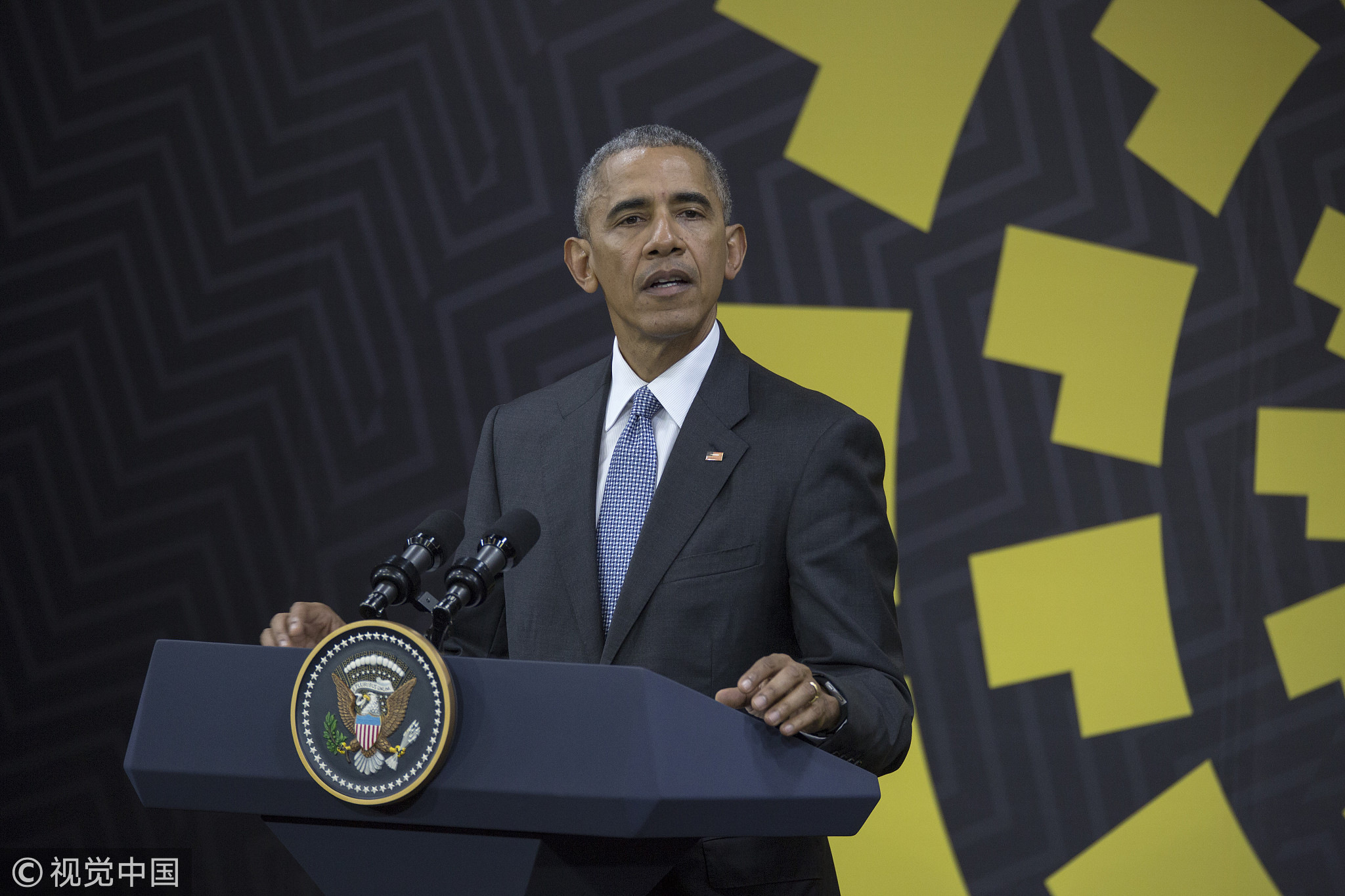 What is unusual is Trump's apparent indifference and self-isolation to world affairs. During his visit to France for the centennial anniversary of WWI, he surprisingly did not attend the armistice commemoration ceremony at the American Cemetery due to rainy weather, which gave rise to worldwide criticisms.
Compared with such a maverick decision, the long-scheduled plan to skip the APEC meeting is not that unconventional.
But it did indicate his lack of interest in free trade. At the 2017 APEC meeting in Vietnam, he told foreign leaders that he was going to put “America first” and not to be “taken advantage of any more.”
He is also distrustful of multilateral forums, and more comfortable with bilateral negotiations. He touted his success in securing a new NAFTA agreement, the USMCA, with Canada and Mexico, and he also pressured South Korea into agreeing on the new KORUS, the US-Korea Free Trade Agreement.
Besides, he is not that eager to bond with other leaders at this meeting. After all, he is going to meet Chinese President Xi Jinping at the G20. So why should he bother flying all the way to a tiny island for the APEC meeting?

Indo-Pacific strategy gangs in the balance

Trump first enunciated his Indo-Pacific strategy at the 2017 APEC meeting in Vietnam, where he put forth the objective of maintaining a “free and open Indo-Pacific.” His absence at this year's meeting makes the future of this strategy hang in the balance.
First of all, the US commitment to the region is put into doubt. Trump not only forgoes the trip to APEC, he will also miss the East Asia Summit to be held this week. 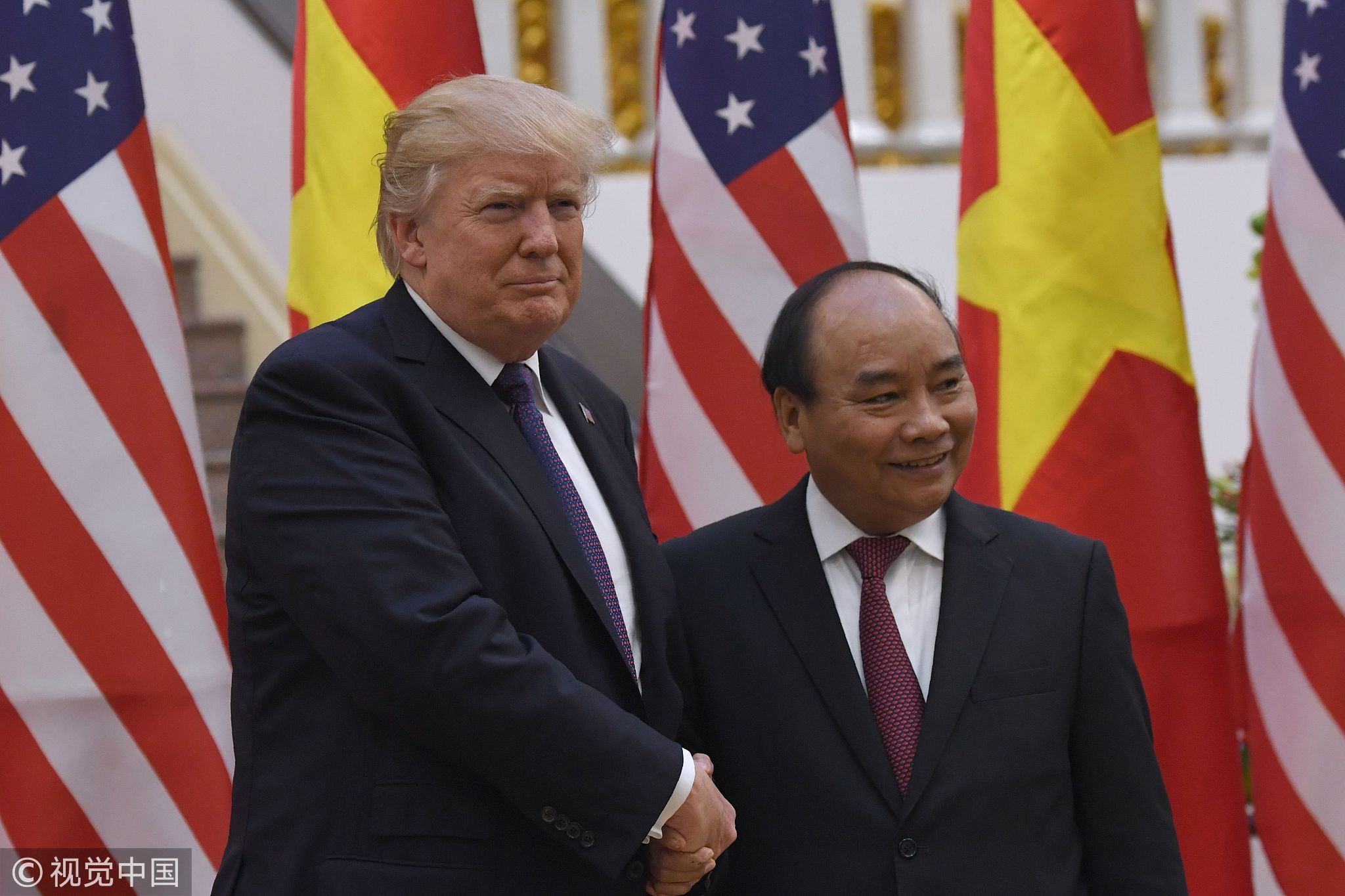 Last year, he visited the Philippines but left before the East Asia Summit. It forms a striking contrast to his predecessor Obama, who made the East Asia summit an important arena for his rebalance to Asia Pacific strategy.
Trump's decision not to attend these meetings makes regional allies and partners doubt their relevance to the US and also the sincerity of US commitment to the region. Southeast Asian countries are especially concerned about being neglected and marginalized.
Secondly, economic cooperation is a noticeable missing leg in the strategy. After taking office, Trump led the US to withdraw from the Trans-Pacific Partnership, a flagship agreement in Obama's rebalance strategy.
US Congress recently passed the Build Act, which would provide a 60 billion US dollars package for private financing to infrastructure development in the region, but the US economic commitment still pales in comparison with China's massive infrastructure projects, and it is doubtful for its final execution and effectiveness.
And by skipping the APEC, Trump would miss the opportunity to further economic cooperation with regional partners.
Thirdly, US unilateralism is increasingly worrisome. Different from his predecessor who tried to win “hearts and minds” in the Asia-Pacific nations through shared values, Trump is trying to lead the region by blunt negotiation and military preponderance.
He risks squander the hard-earned trust and goodwill other countries conferred the US. Even though regional countries tend to balance against a rising China, their preferred strategy is hedging between China and the US, and they are reluctant to be forced to take sides.

An elephant in the room 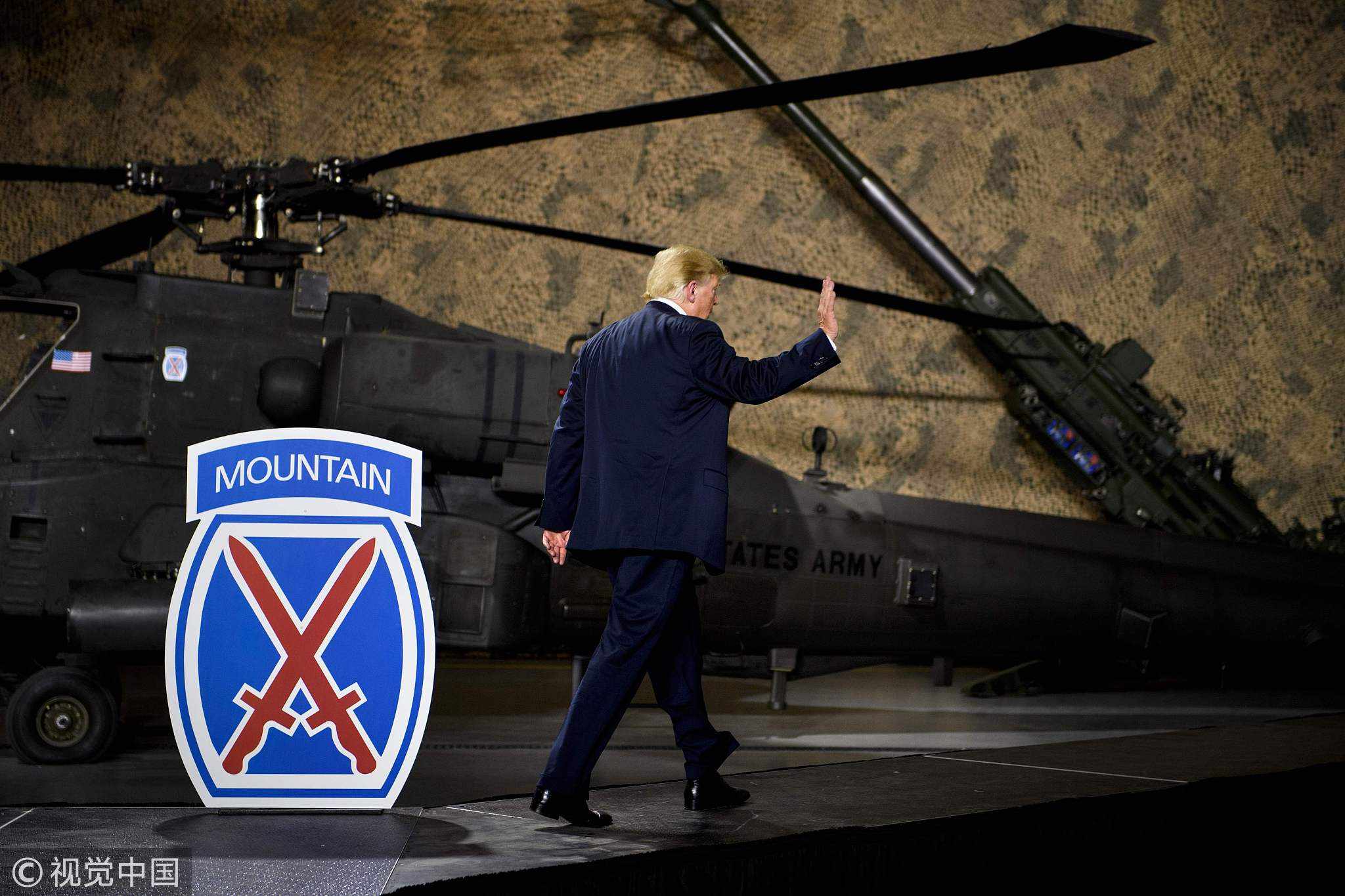 Trump's absence sparks domestic criticism of US abdication of regional leadership to China, especially at such a critical time of great power rivalry. Presidents' attendance, a keynote speech and a photo shoot wearing local traditional costumes are not only symbolic but also a great opportunity in explaining policies, rallying support and forging partnerships.
But we need to avoid over-reading to a diminishing role of the US in the region. Almost two years into the Trump administration, the US military has been making remarkable inroads in the region.
The US has stepped up freedom of navigation activities in the South China Sea, sent the first-ever aircraft carrier to visit Da Nang since the end of the Vietnam War, and also restarted the Quadrilateral Security Dialogue. These unprecedented moves brought much muscle to the Indo-Pacific strategy.
And Trump will still be the elephant in the room. He is sending Vice President Mike Pence to attend the meeting. Before his trips, Pence wrote in the Washington Post reaffirming the US “steadfast and enduring” commitment to the Indo-Pacific, trying to reassure allies and partners in the region.
Given Trump's tit-for-tat tariff war and Pence's fierce criticism of China at the Hudson Institute, the US vice president's speech at APEC will draw much attention.
(If you want to contribute and have specific expertise, please contact us at opinions@cgtn.com.)