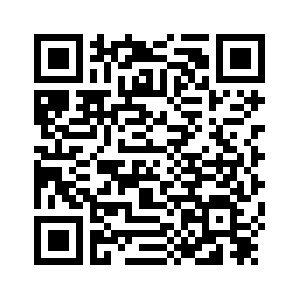 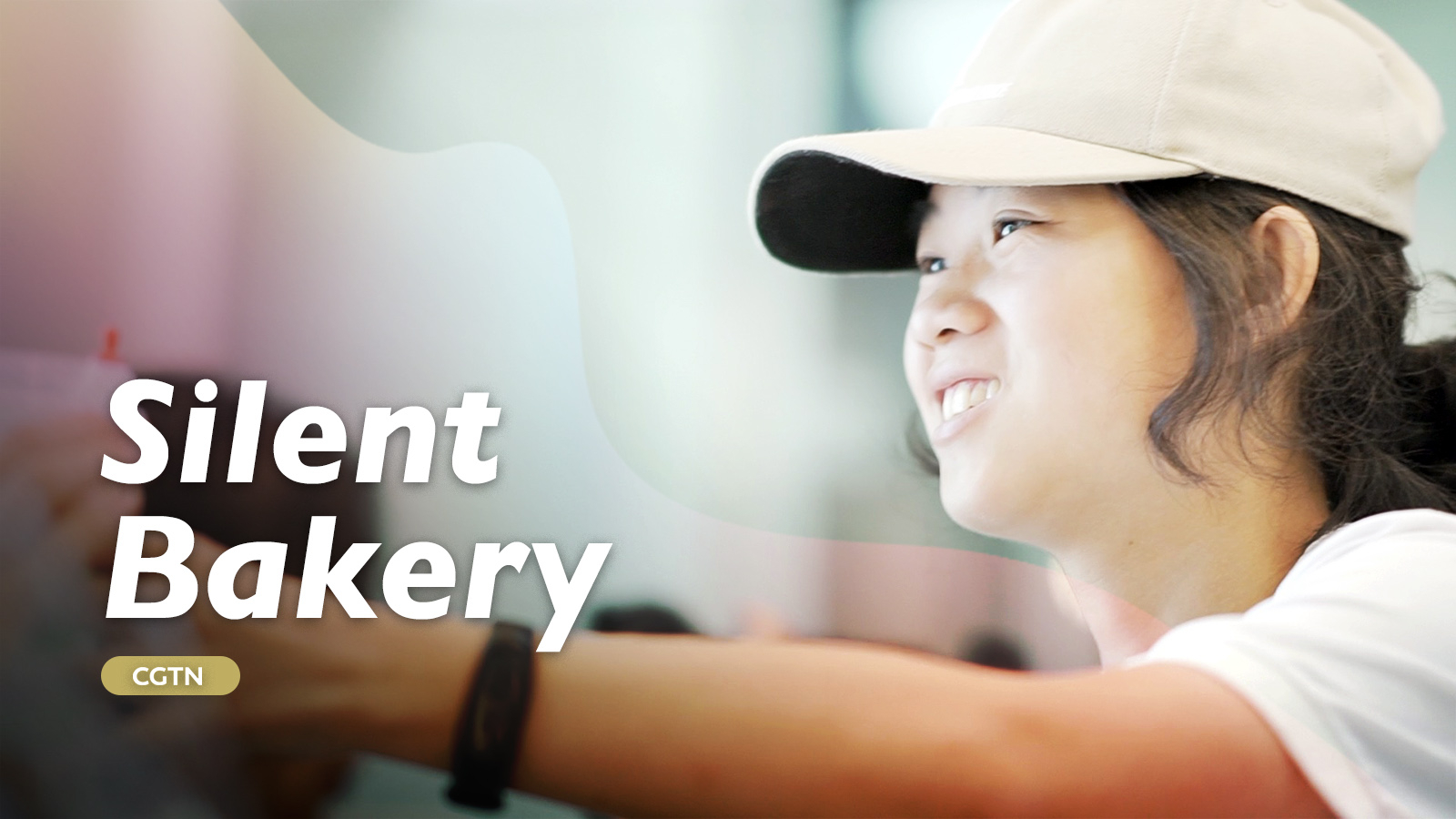 Nice and quiet is what anyone walking inside Silent Cake Bakery in south China's Guangzhou City would think.
Unlike other venues bustling with chatty patrons, the only sounds you'd hear here are that of juicers spinning, coffee dripping, and bread being crunched.
"Ninety-nine percent of our bakery staff members are hard of hearing," said Qiu Junkun, the co-founder of Silent Cake Bakery.
"Every task is done by hard-of-hearing staff, including making bread, coffee, and dessert, as well as serving customers and handling payments," he added. 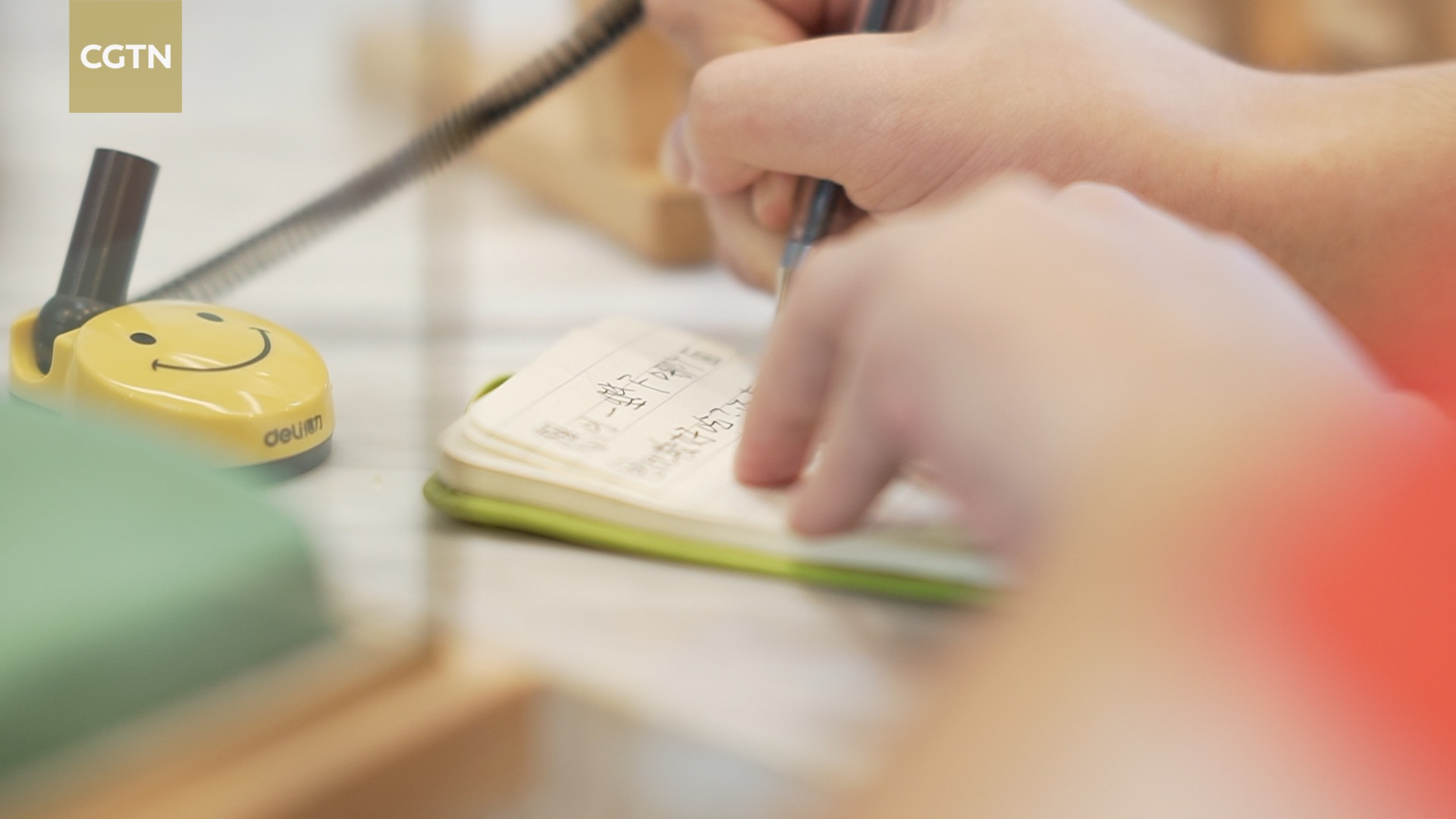 Costumer places their order by writing on a notebook. /CGTN Photo

Costumer places their order by writing on a notebook. /CGTN Photo

Instead of verbal communication, the staff at the bakery use body and sign language, or write their messages down on notebooks. Manager Wang Canran, 26, is also hard of hearing, but says he feels at home in the shop.

The bakery officially opened its doors in April this year, but the co-founder said the idea of starting a bakery for people with hearing difficulties was born long before 2018, while he was managing a culinary school.
Qiu told CGTN that the first hard-of-hearing person he ever met was Liu Liangzhou. In 2009, Liu came to Qiu's baking school to study cake baking. 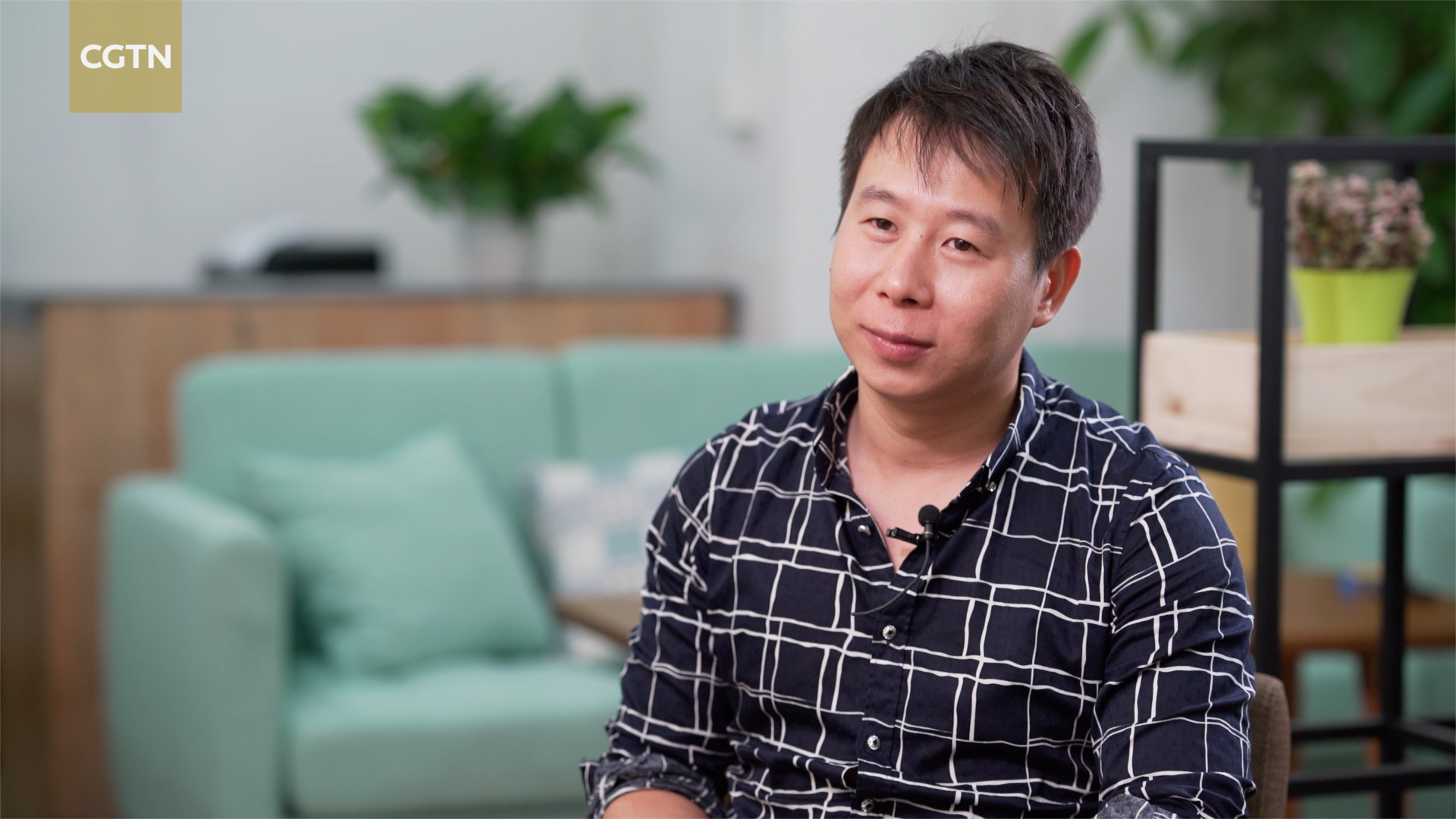 Qiu Junkun, one of the co-founders of Silent Cake Bakery, speaks to CGTN. /CGTN Photo

Qiu Junkun, one of the co-founders of Silent Cake Bakery, speaks to CGTN. /CGTN Photo

"At first, I wanted to refuse him because of his hearing issues," said Qiu. "I feared that even though he was able to complete the baking course, he still could not find a job. I feared no one would hire him."
But Liu was committed, and his passion for baking touched Qiu. Liu became a student at the baking school, paving the way for more hard-of-hearing bakers-to-be to join. 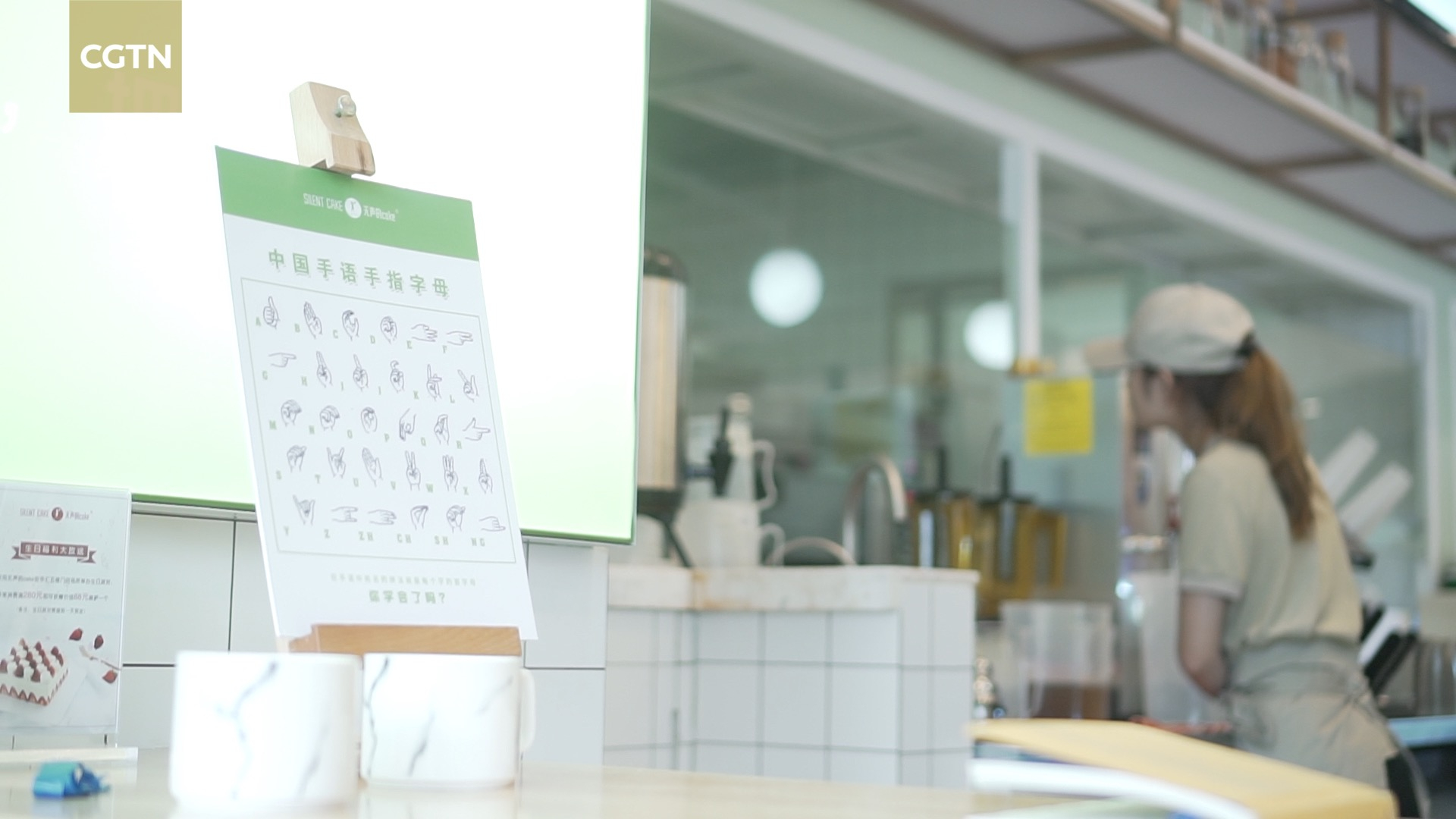 "As I received more and more hard-of-hearing students, I realized the obstacles (they face) when looking for jobs. This is why I started thinking of creating my own brand where they can realize their value, their dream," said Qiu.
Qiu offers each employee a stake in the business.

A place for silent souls

With a big smile on his face, Wang greets customers.
He joined the team as a trainee in March 2017, after working at a car wash company in Beijing. 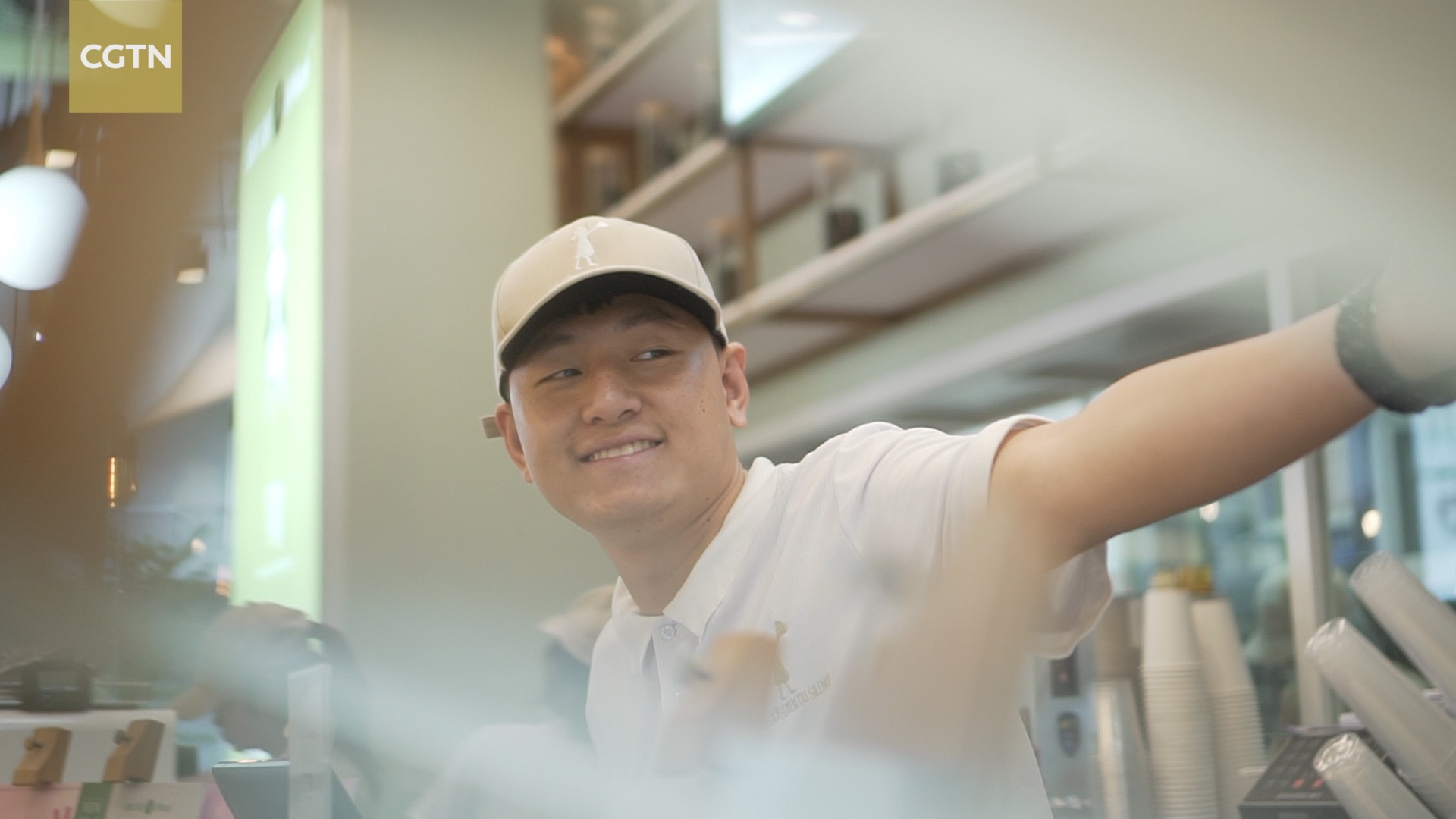 "In my previous work, no one else had hearing loss," said Wang, adding "I felt bored because I was the only hard-of-hearing person."
But now, things have changed. Working with other members sharing his situation and passion makes him feel at home.

The bakery caused a buzz on social media, after news of its concept emerged. One video featuring the bakery received over eight million views on China's Twitter-like Weibo. The bakery is often full by noon, with long lines of customers waiting for their delicious treats.
"They perform their jobs very well in many areas, such as customer service. Society needs positive energy like this," Liu Zifen, one of the bakery's customers commented. 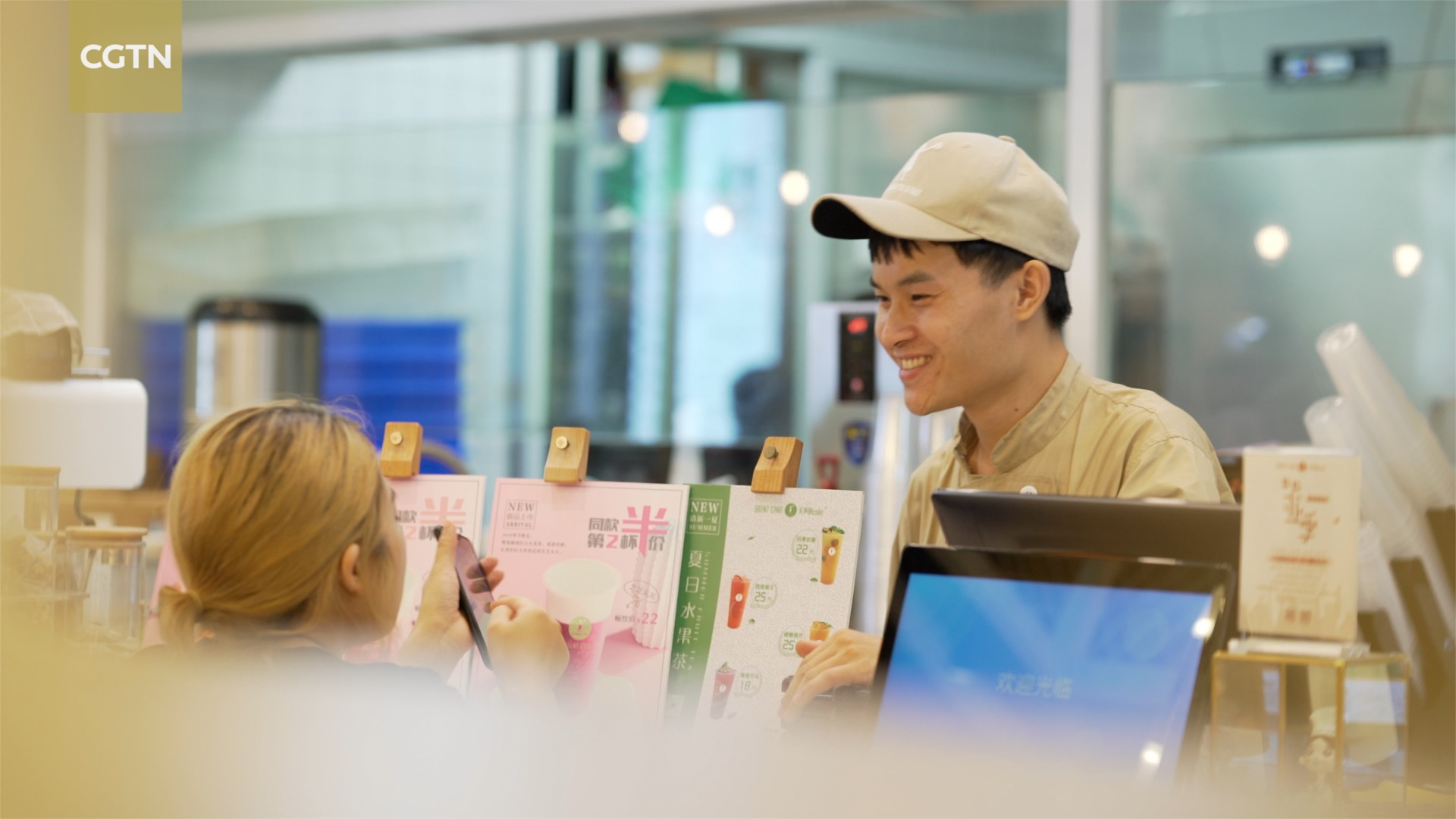 A customer uses a mobile phone to communicate with a bakery staff. / CGTN Photo

A customer uses a mobile phone to communicate with a bakery staff. / CGTN Photo

After working with the hard-of-hearing community for almost ten years, Qiu has repeatedly saw the many hidden talents its members possess. He believes that people who are hard of hearing are capable of everything hearing people can do because they are dedicated and diligent.
"They cherish every opportunity," said Qiu.
When asked about his future plans, Wang said he wants to have a store of his own. "I want to set up a business and help other hard-of-hearing people," he said.
1881km
Director: Zheng Chenlei, Li Tianfu
Editor: Zheng Chenlei
Filmed by: Huang Yichang
Designer: Li Xiaojie
Article Written by: Zheng Chenlei
Editor: Keely Stanley, Nadim Diab
Producer: Wen Yaru
Chief Editor: Wang Dewei
Supervisor: Mei Yan