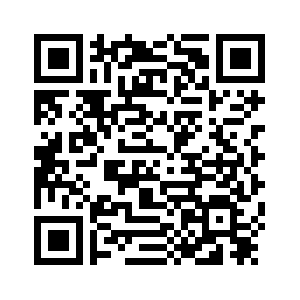 The number of Tibetan antelopes has almost reached 300,000 up until 2019, a great leap from merely 20,000 in the 1980s as the result of rampant poaching to make the luxurious shahtoosh from their wool. Now, the killing is long gone, but the species face new threats.
“Given that Tibetan antelopes are scattered across an area of about one million square kilometers (about the size of Egypt), their habitat spans Qinghai Province, Tibetan Autonomous Region and Xinjiang Uygur Autonomous Region. 300,000 is too small a number to guarantee the species away from endangerment for good,” Wu Xiaomin, researcher of Shaanxi Institute of Zoology, told CGTN. “Let alone natural disasters, inundated habitat by melting snow because of global warming and overlapping habitats with human's residential areas -- all these factors are emerging to affect their survival. ” 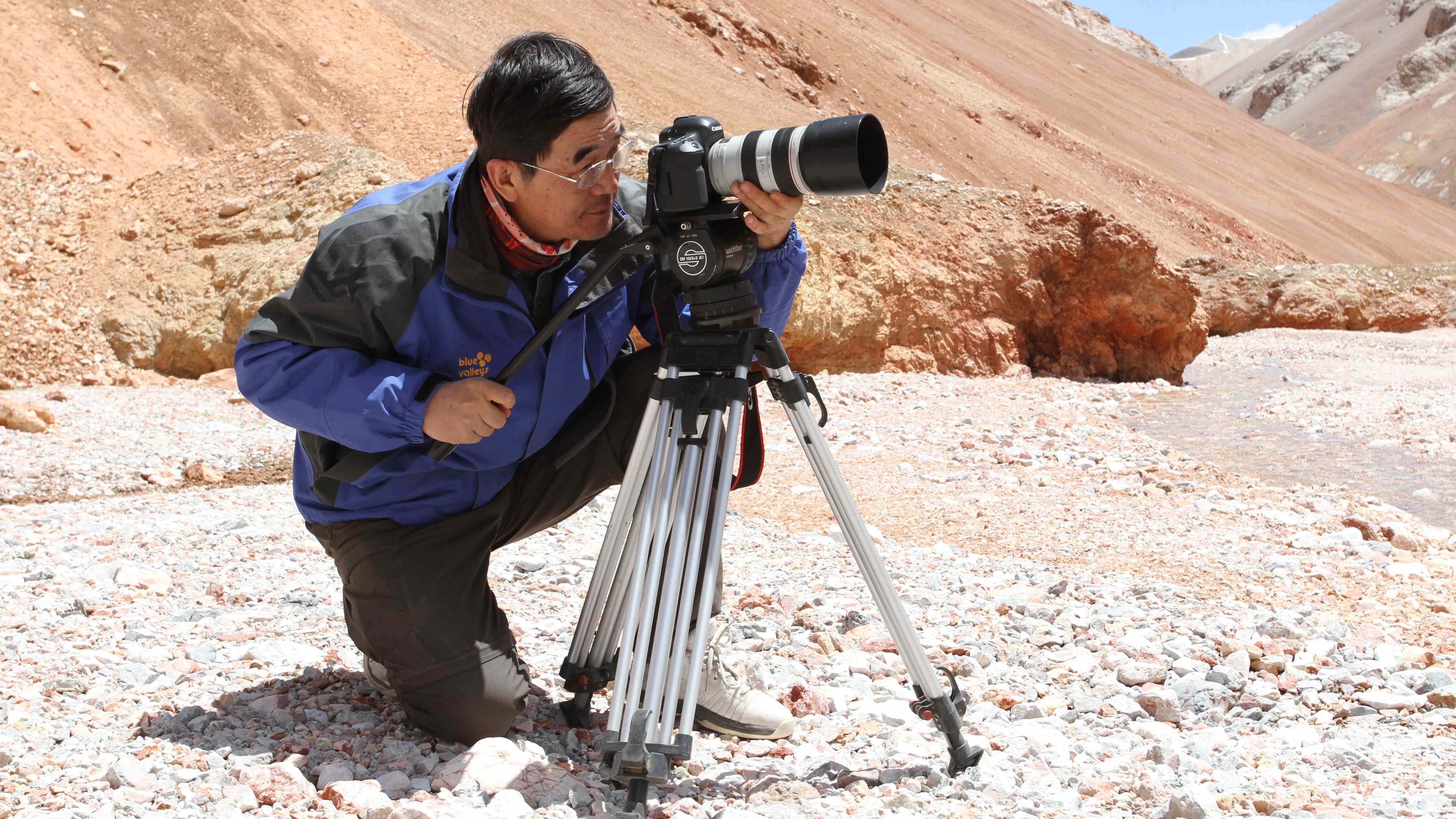 The continuous snowstorm that hit Qinghai Province earlier this year killed at least 120 wild animals in the headstream area of Lancang River alone in the province during the four-month-long snow.
The Tibetan antelope is one of the species endemic to the Qinghai-Tibetan plateau, which lies 5,000 meters above sea level. Thanks to the joint effort of national law enforcement and protections from all sides, no massive poaching have taken place over the past seven or eight years. However, a large gap still exists compared to its original population of over one million.
“Undeniably, the population bounced back with the help of great protection effort from all sides, [but] it grows at a low rate. The species would be under a lot pressure to survive when and if massive disasters like the one this year happens,” said Wu.
Wu's insight is drawn from over 16 years of studying Tibetan antelopes. No one understands better than Wu the challenges the antelopes face due to unpredictable climate on the plateau, not to mention the danger the pregnant females may encounter on their annual migration to the breeding areas, some of which stretch 300 kilometers from where they start.
Another threat to the survival of the antelopes that has gradually appeared in recent years is the long stretched hedge used by local herdsmen to keep their livestock. Wu said there are people still living in parts of this so called no-man's land, their pastoral area overlapping with the habitats of the wild animals, hence the incidents of antelopes dying after rushing into fences and getting stuck. 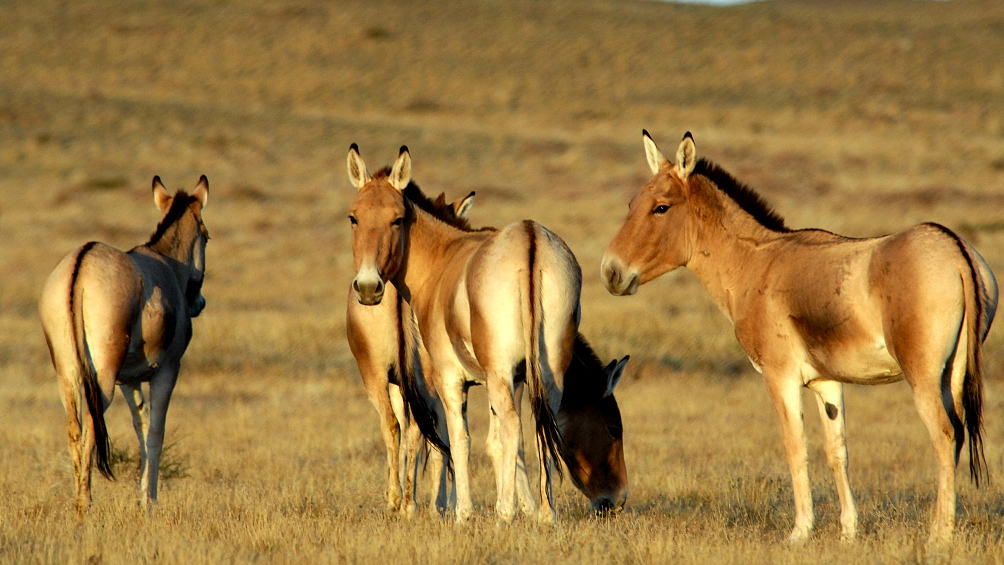 “The impact will be even more profound if the fence is set on the way of their migration,” said Wu. That said, the local government stepped up with satisfactory solutions to both humans and wildlife. More monetary compensation has been given to people who are willing to remove the fence, and more people are encouraged to retreat from the animals' habitats to places closer to major cities in Qinghai or Tibet under relocation policy.
“The local people never meant to kill these wild animals on purpose. I believe it is only a matter of time for them to realize the importance of protecting the wild animals,” said Wu.
Wu's decade-long study proceeded to advise the construction of 33 passageways along the Qinghai-Tibetan railway back in 2002. The idea to take wildlife into account in infrastructure construction was new to China, especially in a project regarded as the highest and longest railway on the plateau in the world.
Wu and his team eventually submitted reports with details such as the locations, the height, and the width of the passages along the railway based on their consistent observations on the movement of animals that crossed the route of the railway.
The project has proven to be successful. Wild animals have adapted to the changes well by using the passages.
“What becomes increasingly worrying is the roads that connect counties and villages. No consideration has been given to maintaining harmony between animals and humans during the construction,” said Wu. 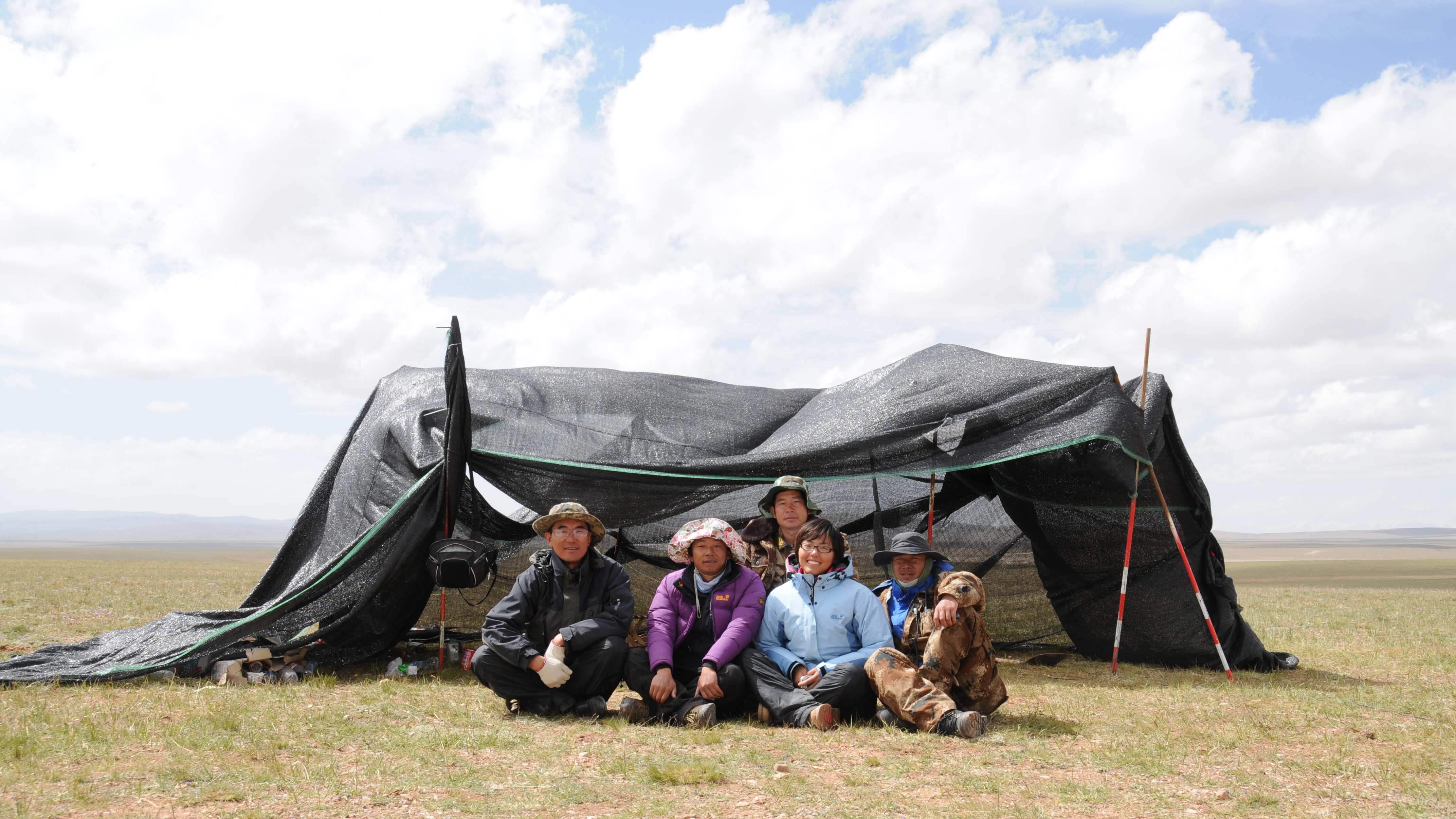 Wu Xiaomin poses for a group photo in front of a cover-up tent used to watch antelopes. /Photo credit to Wu Xiaomin

Wu Xiaomin poses for a group photo in front of a cover-up tent used to watch antelopes. /Photo credit to Wu Xiaomin

The migration of female antelopes' annual migration stumped the greatest minds for generations. Speculations are they migrate for better vegetation, and after the birth of the babies, they travel back and settle in different herds as means to maintain gene diversity.
“All proved groundless and false,” said Wu. The vegetation in the breeding areas is worse than their original habitats. Collected data from collars connected to the Beidou satellite system placed on over 25 antelopes over the past four years have shown that they go back to exactly where they come from after breeding.
Conflicts between human and wild animals on the plateau will continue as better methods of protection allow the species to thrive. The Tibetan antelope is not the only beneficiary, as the numbers of wild asses, grey wolves or even snow leopards are seen growing at a visible rate. In order to guarantee the harmony between nature and human, thorough studies on other animals are in urgent need.
“The biggest achievement of our 16-year-research is we managed to map the activity route of this flagship species on Qinghai-Tibetan plateau. Our next plan is to offer more detailed suggestions to policymakers based on our study and help harness the feasibility of the animal protection work on the plateau,” added Wu.
(Cover images via VCG)
(If you want to contribute and have specific expertise, please contact us at nature@cgtn.com.)