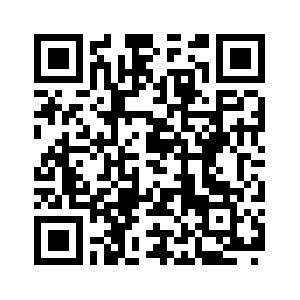 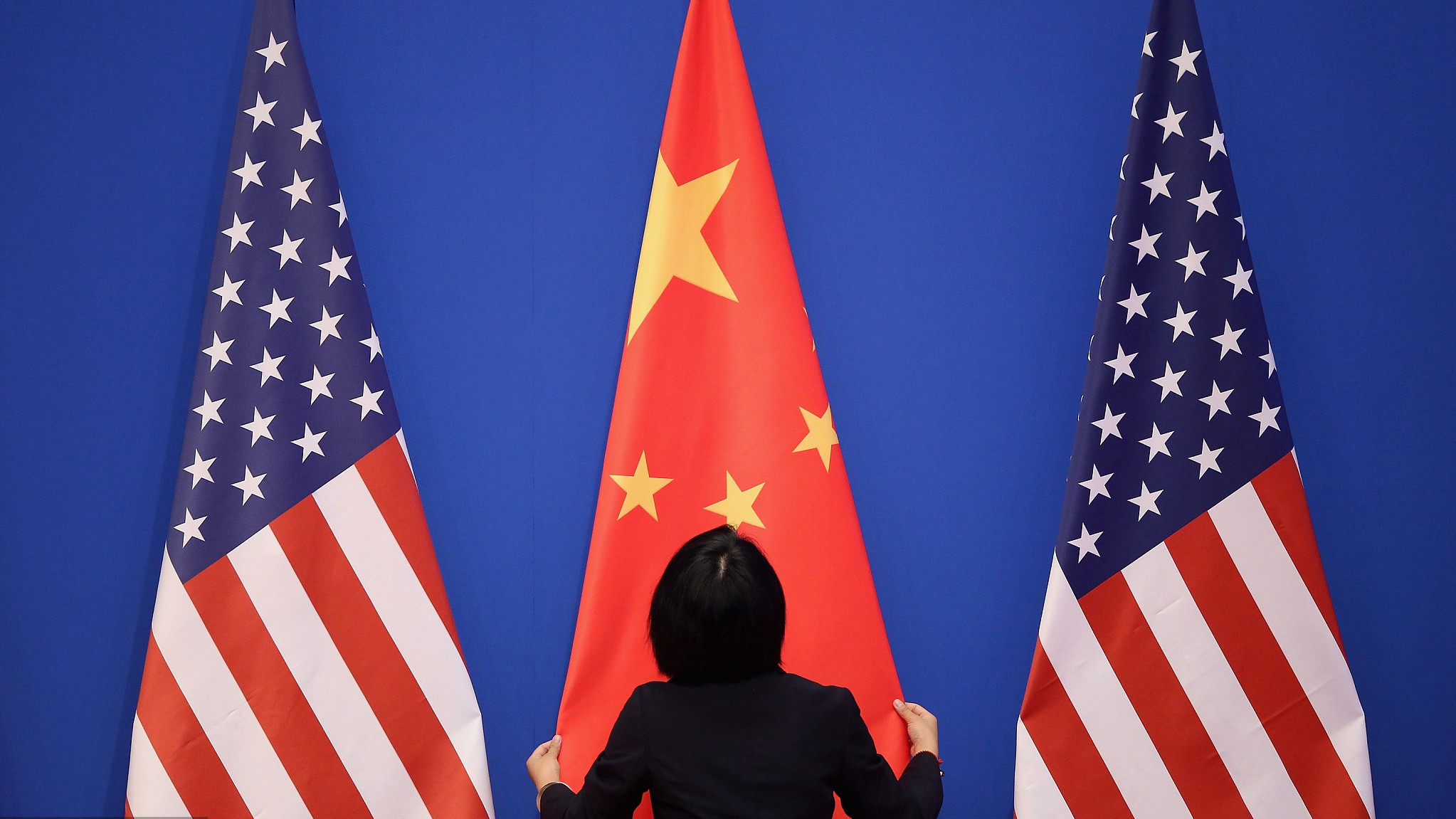 Editor's Note: Shang-Jin Wei, a former Chief Economist of the Asian Development Bank, is Professor of Chinese Business and Economy and Professor of Finance and Economics at Columbia University. The article was first published on Project Syndicate on January 9, 2018. The article reflects the author's opinion, and not necessarily the views of CGTN.
China will benefit from the normalization of its trade relationship with the United States, but it is important to realize that the same holds true for the U.S.
When the U.S. tech giant Apple recently slashed its sales forecast, CEO Tim Cook pointed to declining sales in China – where U.S. President Donald Trump's trade war is exacerbating the effects of a slowing economy – as a major contributing factor.
Apple's diminished performance highlights how important the Chinese market has become to the bottom line of many U.S. companies – and reveals the risks Trump's protectionism poses to the American economy.
The truth is that Apple sells substantially more iPhones and iPads to the Chinese than U.S. export statistics imply. Likewise, General Motors sells more cars in China than what is recorded in U.S. export data – more, in fact, than in the United States and Canada combined.
That is because these companies, like many others, operate in China and sell directly to Chinese consumers. Far fewer Chinese companies sell directly in the U.S. 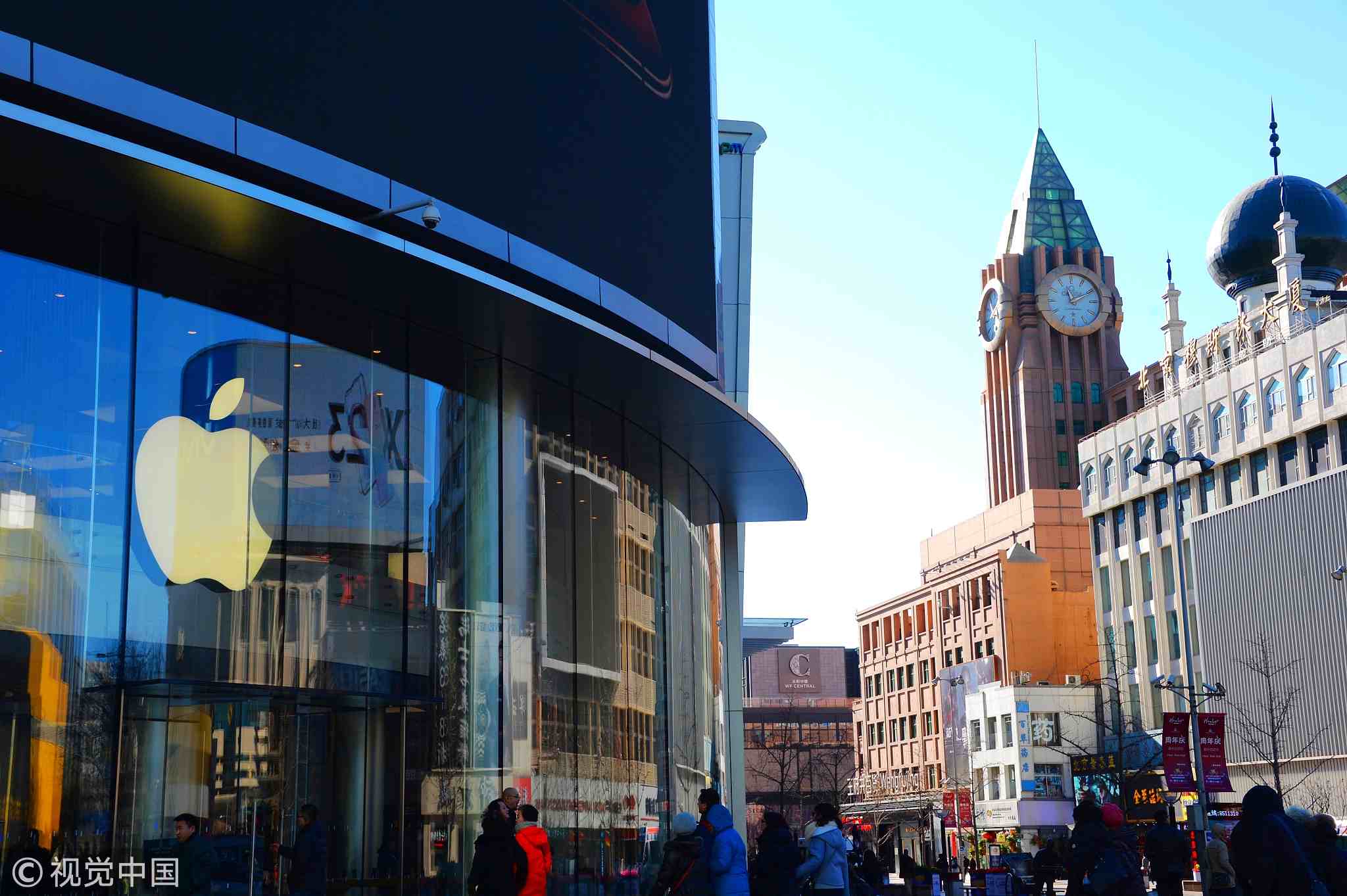 Because U.S. companies have increased their operations within China over time, bilateral trade statistics only partly reflect the Chinese market's importance to the U.S. economy.
From 2000 to 2018, U.S. exports to China soared by 530 percent – far more than the 130 percent cumulative growth of U.S. exports to the world as a whole.
This was a direct result of the considerable and unilateral trade liberalization China has pursued after joining the World Trade Organization (WTO) in 2001, including reducing its applied tariff rate from 30 percent before WTO accession to less than six percent today.
Furthermore, approximately half of the imports into China are subject to zero tariffs if production is for the world market.
China's rapid GDP growth boosted imports, but that growth was also facilitated by trade liberalization and other pro-market reforms. No country has dismantled more barriers to trade or undertaken more pro-market reforms than China over the last four decades.
China's market-oriented reforms unleashed a wave of entrepreneurship and enabled private-sector firms – both domestic and foreign-owned – to thrive and, in many cases, to achieve faster growth than state-owned firms. 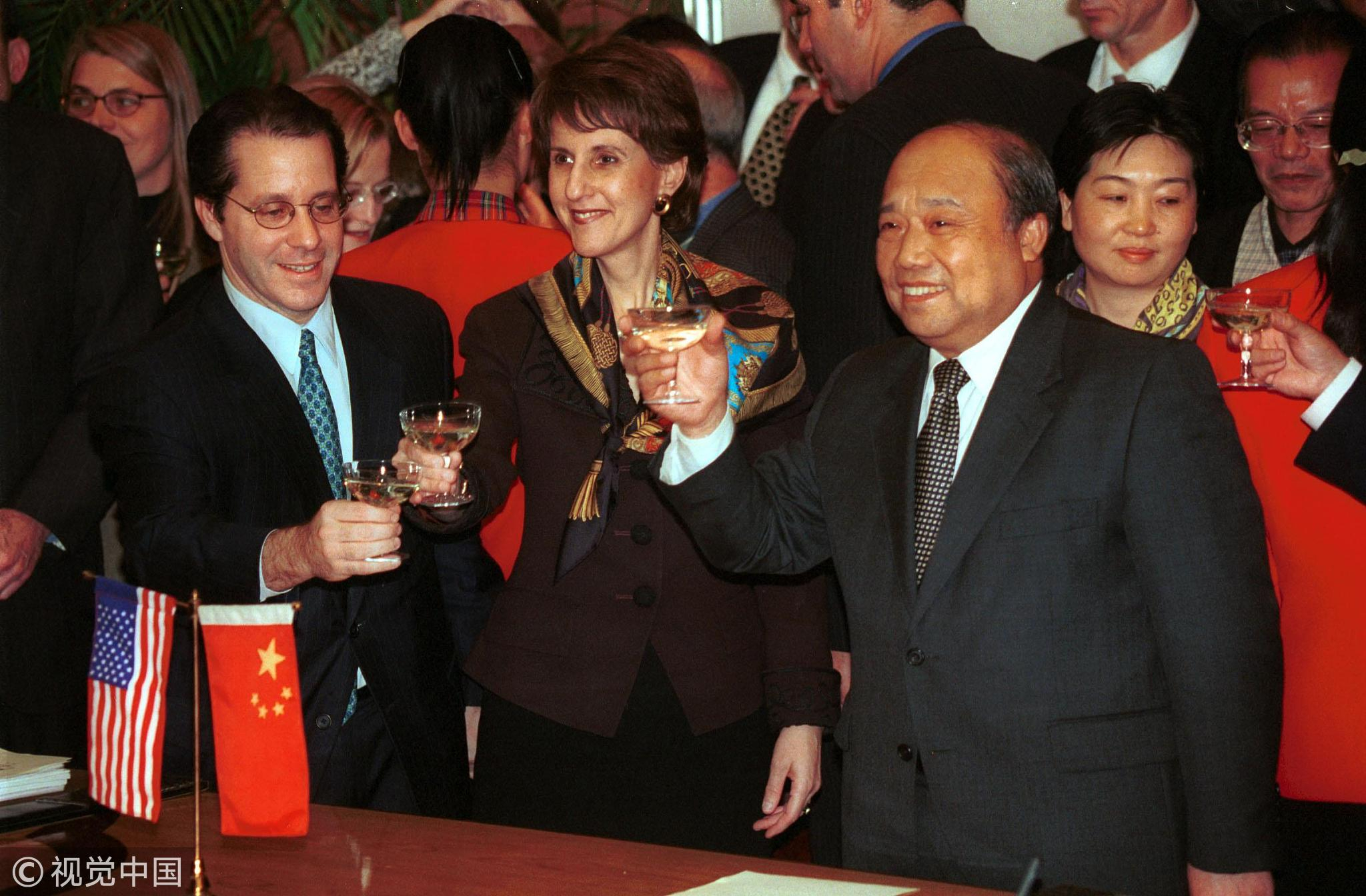 This contrasts sharply with the narrative being pushed by some that China has largely ignored or evaded the commitments it made when joining the WTO. If that were true, China simply could not have managed to grow faster than 95 percent of the world's countries since 2001.
Some argue that, even if U.S. businesses have profited from their access to the Chinese market, U.S.-China trade hurts American workers whose jobs are exposed to low-wage competition from Chinese workers.
But the availability of cheap imported goods from China lowers prices not only for U.S. consumers, especially low- and middle-income families, but also for U.S. businesses, supporting job creation.
Nearly 40 percent of U.S. imports from China are parts and components and intermediate inputs. The cost savings these imports bring to U.S. businesses help to boost their competitiveness, enabling them to hire more workers.
According to my research with colleagues, this supply-chain effect creates more jobs than direct competition from China eliminates. While the lost jobs are concentrated in a subset of manufacturing sectors, the jobs gained from trading with China are spread throughout the economy, including many modern service sectors. 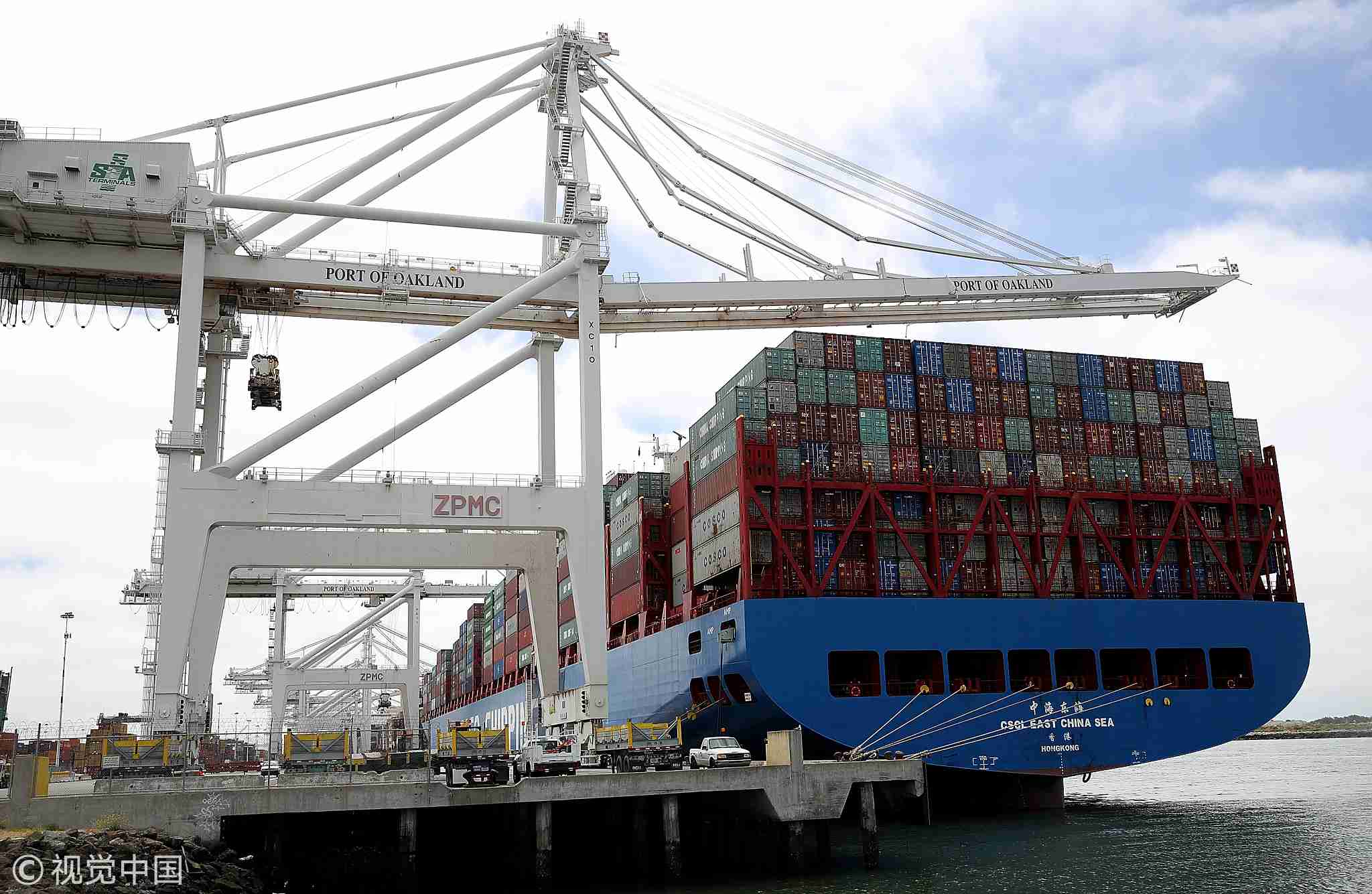 The Hong Kong based CSCL East China Sea container ship sits in a berth at the Port of Oakland in Oakland, California, June 20, 2018. /VCG Photo

The Hong Kong based CSCL East China Sea container ship sits in a berth at the Port of Oakland in Oakland, California, June 20, 2018. /VCG Photo

Thanks to this job-creation effect, U.S. trade with China benefits 75 percent of American workers, even before accounting for the positive effect on their purchasing power and before any income transfer from winners to losers.
Nonetheless, many in the U.S. continue to focus solely on the potential role of open trade in fueling job losses. When a U.S. firm lays off workers, trade with China is frequently blamed. But when a U.S. firm hires more workers, one seldom hears about the cheaper Chinese inputs that made it possible.
Some in the U.S. are calling for a decoupling of the U.S. and Chinese economies. If that happens, U.S. companies using Chinese inputs would lose competitiveness relative to their European and Japanese counterparts, the workers they employ could lose their jobs, and living standards for low- and middle-income U.S. households would suffer as prices for many goods rise.
None of this is to say that China should not be making changes. It should work to lower trade barriers further, reduce subsidies to state-owned firms, relax restrictions on foreign firms operating in the country, and strengthen intellectual property rights.
But if bilateral trade is to be fairer and more efficient, the U.S. needs to make some changes as well. For example, it should reduce high tariffs (often in the 20 percent range) on textiles and garments, a major category of Chinese exports. 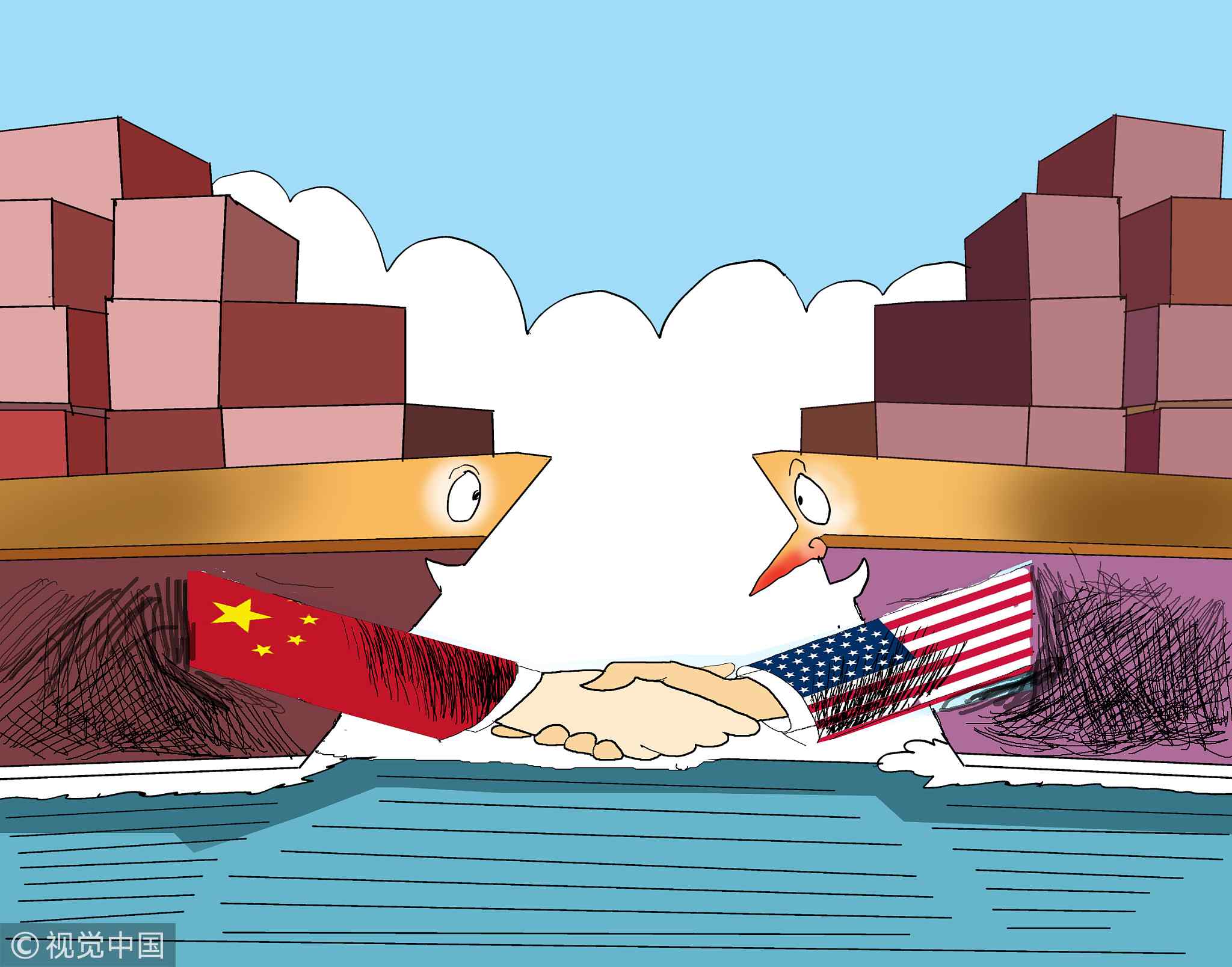 And it should reform its anti-dumping regime (by merging it with the antitrust regime) and change unfair rules that, by imputing the production costs of other higher-cost countries to Chinese production, put Chinese exporters at an artificial disadvantage.
Both the U.S. and China gain from normalizing bilateral trade relations. While policy reform is difficult anywhere, owing to political pressures and vested interests, a reciprocal and balanced approach could be the key to sustained progress in both countries.
The question is whether leaders will have the necessary courage and wisdom to put the relationship back on track.
Copyright: Project Syndicate, 2018.
(If you want to contribute and have specific expertise, please contact us at opinions@cgtn.com.)